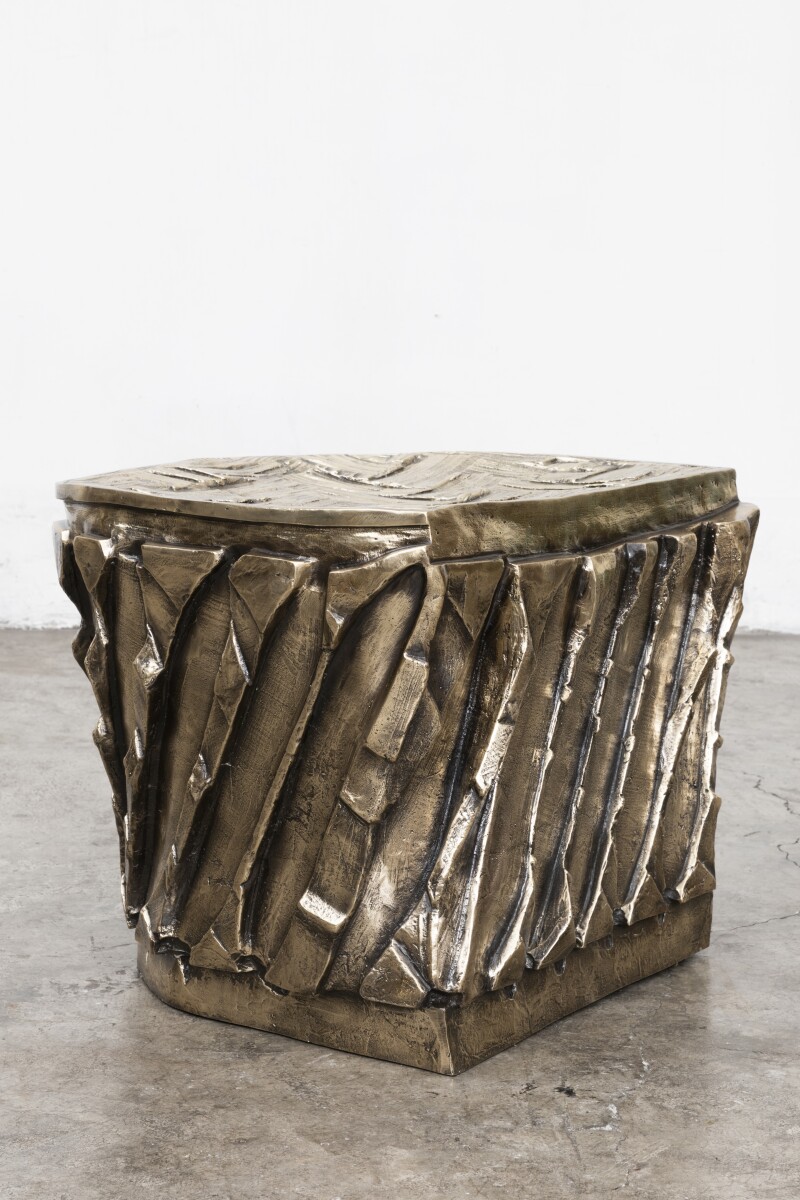 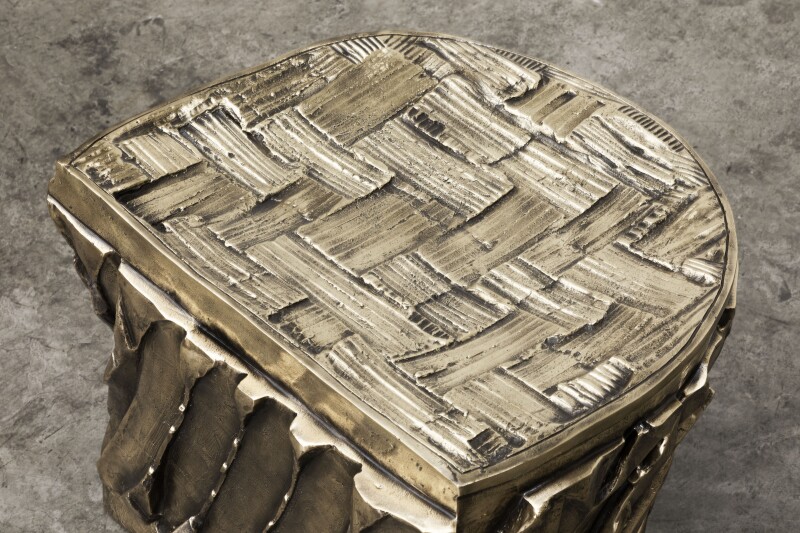 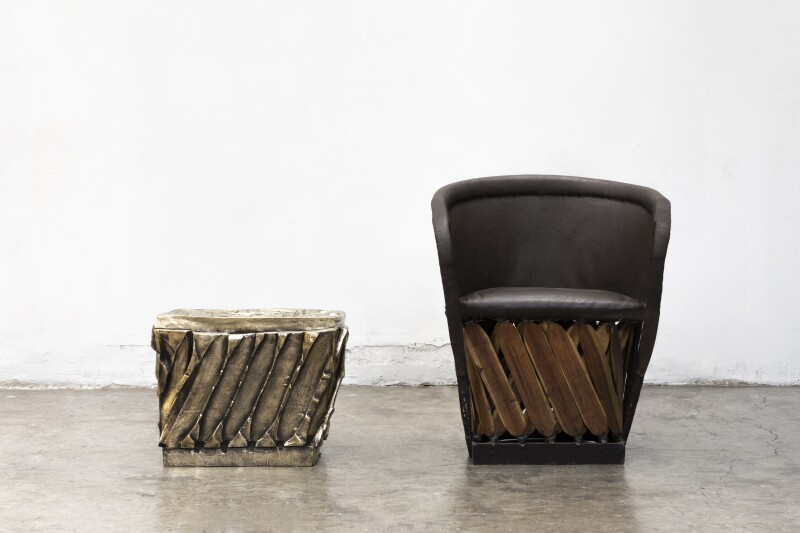 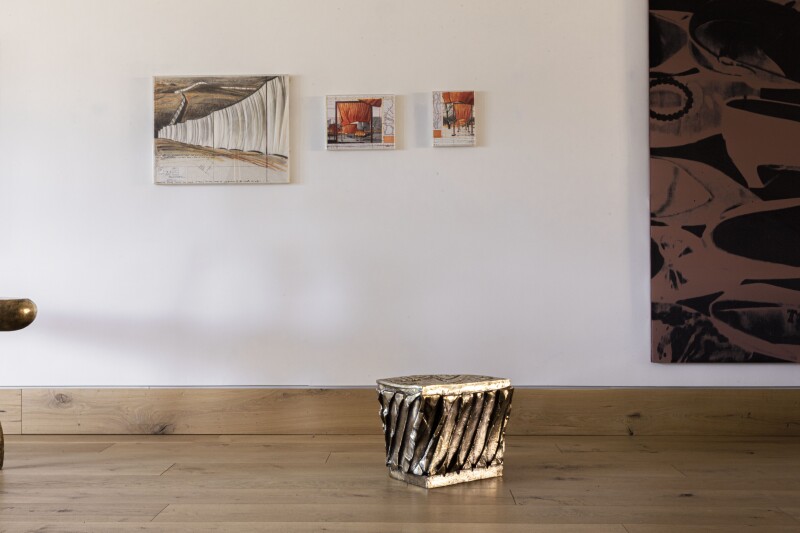 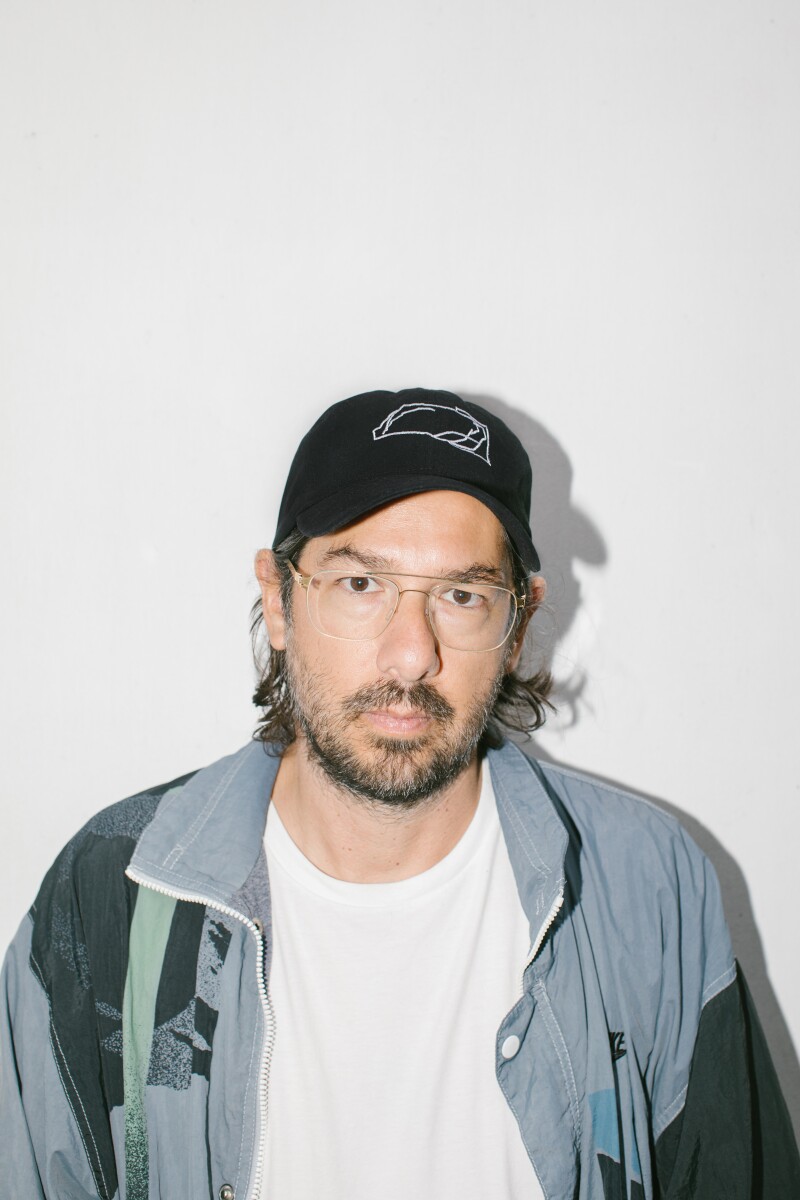 A Cast Of The Space Under My Chair

Courtesy of the artist and MASA Galeria, Mexico City

A Cast Of The Space Under My Chair is a bronze stool made after the iconic concrete sculpture of the same title by Bruce Nauman created in 1965-68. In Garcia Torres's version, the artist cast the interior of an Equipal chair, a traditional design that originated from Mesoamerican civilization and has been modernized through centuries. Nauman's sculpture was made as a material provocation to consider unused spaces in daily life and one's bodily relationship to them. He did so by presenting the shape of a quotidian object by filling the space defined by its mere presence.

In Garcia Torres's bronze reinterpretation of Nauman's work, the Mexican artist similarly casts the negative space of the chair he uses in his studio but symbolically overturns Nauman's conceptualization by making it again a utilitarian object instead of a sculpture. For Nauman, casting the space below his seat was a way to reveal inconspicuous negative space; for Garcia Torres, it is a way to bring a centuries-old traditional object into light and back into the modern home.

Mario Garcia Torres (b. 1975) is a Mexican artist currently living between Mexico City and Los Angeles. Through his research-based practice, Garcia Torres's work investigates the structures and politics that make art possible. The artist focuses what he considers "blind spots" in recent art history and employs gestures normally related to the immaterial legacy of conceptual art to reconsider these lesser known moments. Interested in uncertainty and counter-narratives, he blurs the notions of fact and fiction using a wide range of media including film, slides, performance, sound and painting.