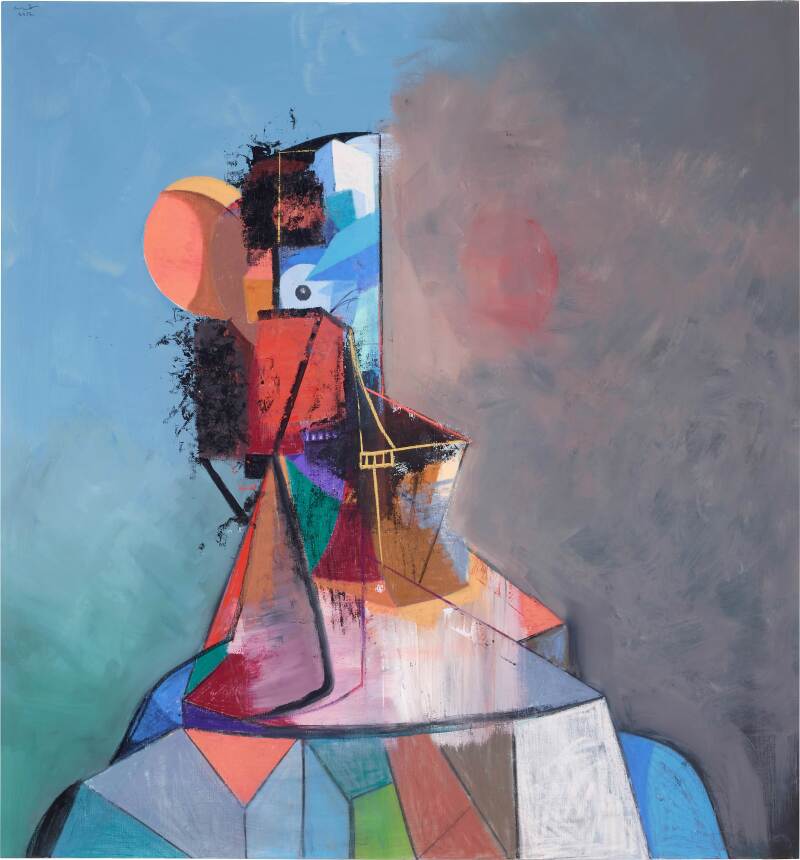 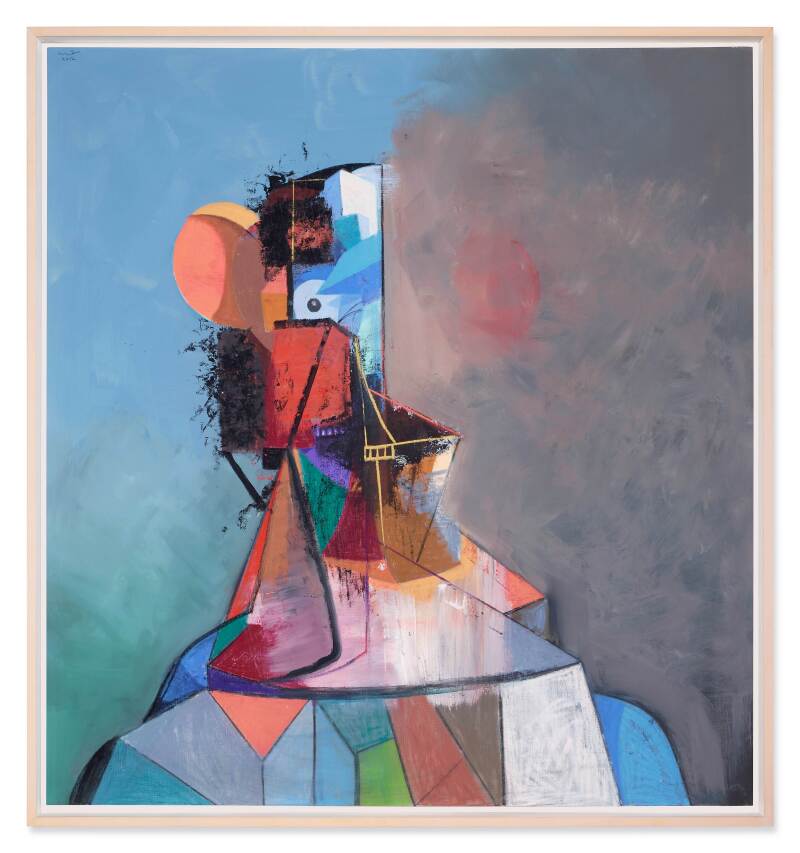 George Condo’s creative output is deeply concerned with examining representations of the figure throughout art history, specifically in the genre of portraiture. His satirical humor and reinterpretation of art historical tropes simultaneously revive and challenge the integrity of portrait making. While his early style of portraiture relied heavily on an Old Master sensibility of dark baroque backgrounds and ample brownish tones, Harlequin is a fresh realization of Condo’s more recent output using vibrant pigments, such as blues, reds, oranges and purples. Combining an intricately constructed central figure with areas of rich, expressionistic brushwork, Harlequin exemplifies Condo’s excellence in capturing spontaneity while revealing the many facets of humanity.

In its masterful depiction of prismatic figuration, Harlequin evocatively recalls Cubist fracture; yet, where masters before him radically shattered the picture plane to explore multiple viewpoints in the same moment, Condo distorts his compositions to reveal the multifaceted complexities of human emotion. Condo aptly self-termed this unique visual language as ‘psychological cubism.’ Yet, while cubist fractured and distorted forms have long been a source of influence for Condo, works such as Harlequin mark a new area of exploration for the artist. In its expressive brushwork and textured surface, the present work reveals Condo’s interest in the work of the Abstract Expressionists.

Condo’s output is an amalgamation of his experiences and studies. As Holland Cotter noted in his review of Condo: Mental States at the New Museum in 2011: “Mr. Condo is not a producer of single precious items consistent in style and long in the making… He’s an artist of variety, plentitude and multiformity. He needs to be seen in an environment that presents him not as a virtuoso soloist but as the master of the massed chorale" (Holland Cotter, “A Mind Where Picasso Meets Looney Tunes,” The New York Times,January 27, 2011 (online)). While Cotter eloquently expands on the essence of Condo as an ever-evolving artist, Condo himself more succinctly encapsulates his role in art history, stating, "The only way for me to feel the difference between every other artist and me is to use every artist to become me” (the artist quoted in: Stuart Jeffries, “George Condo: ‘I was delirious. Nearly died’”,The Guardian, February 10, 2014 (online)).