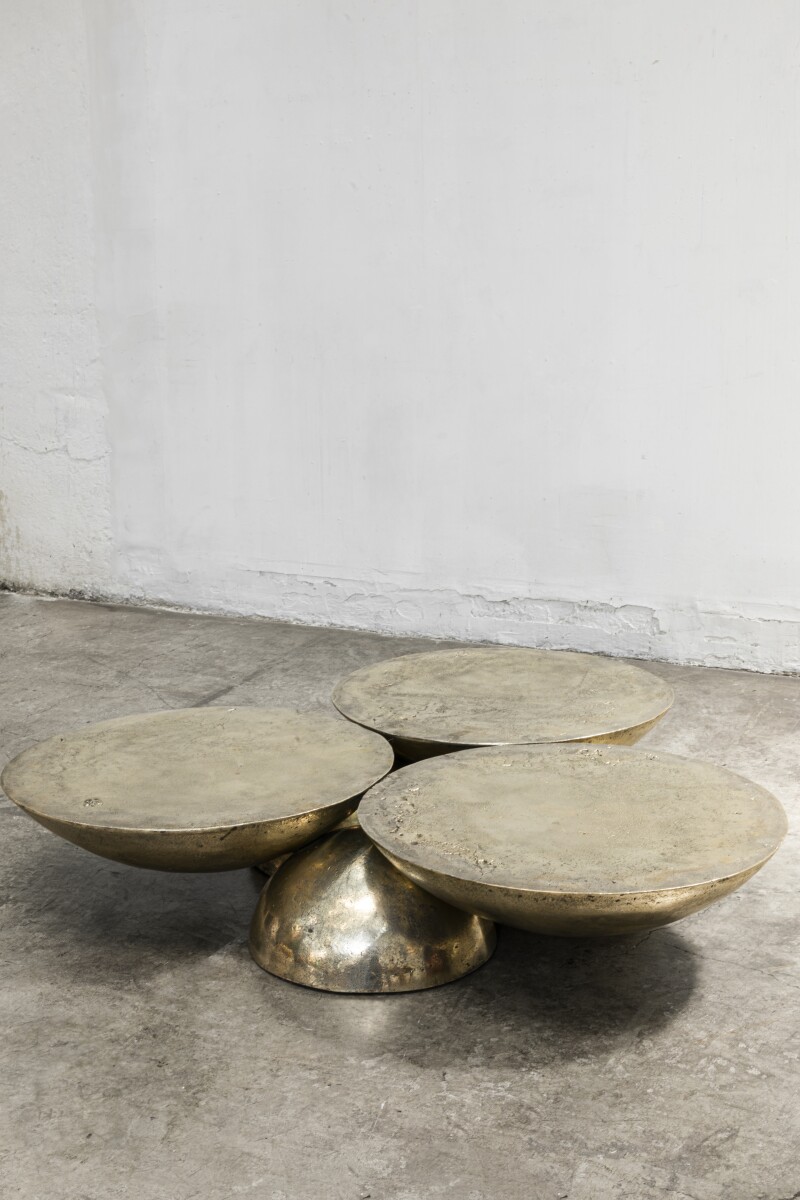 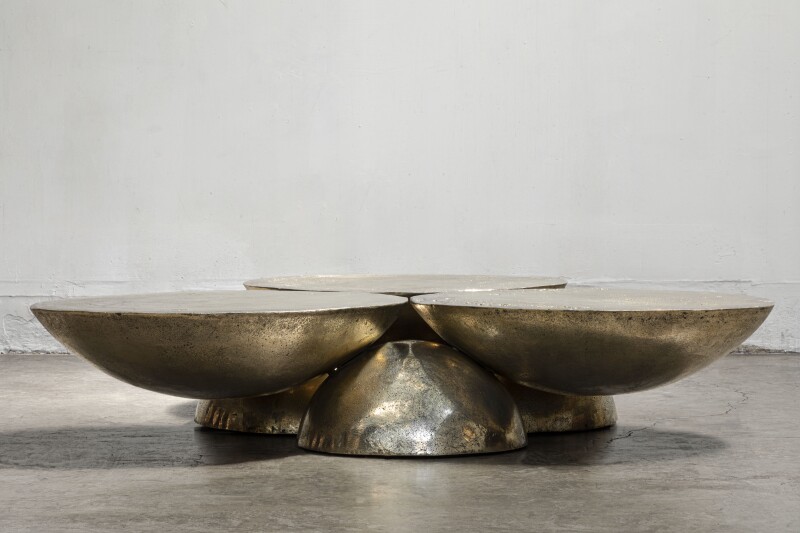 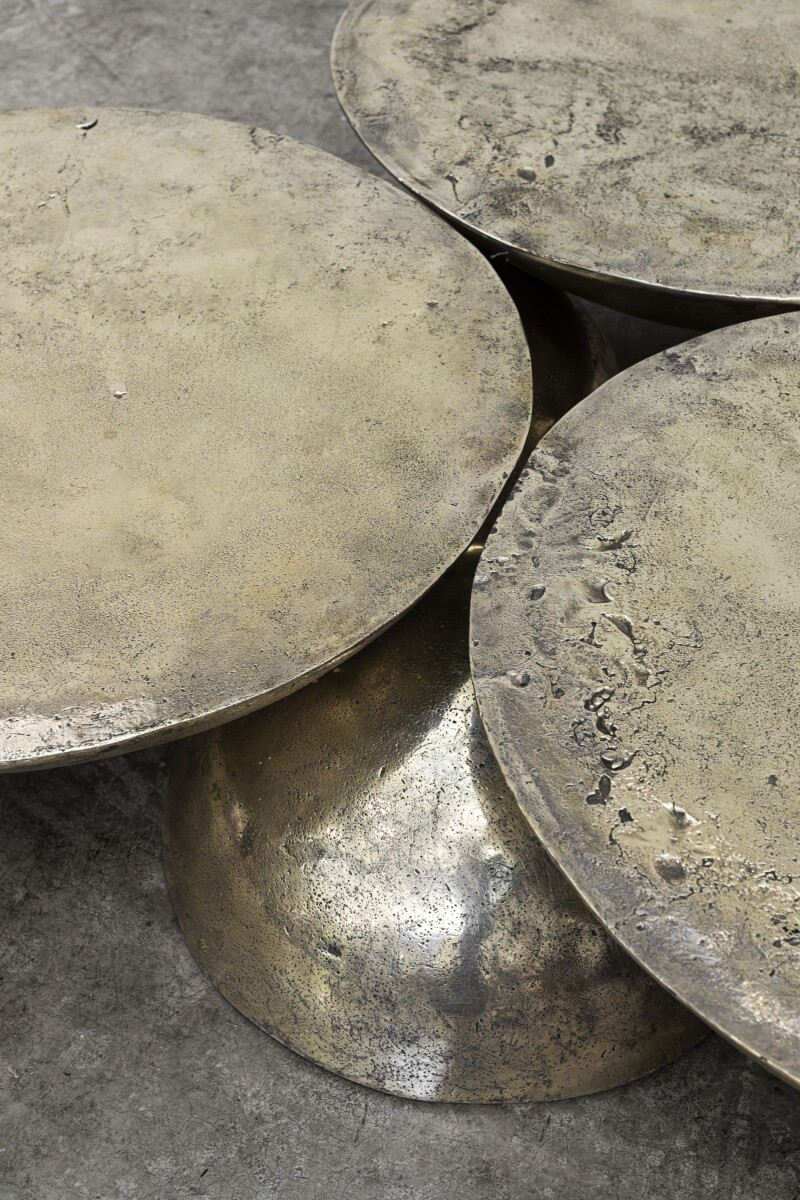 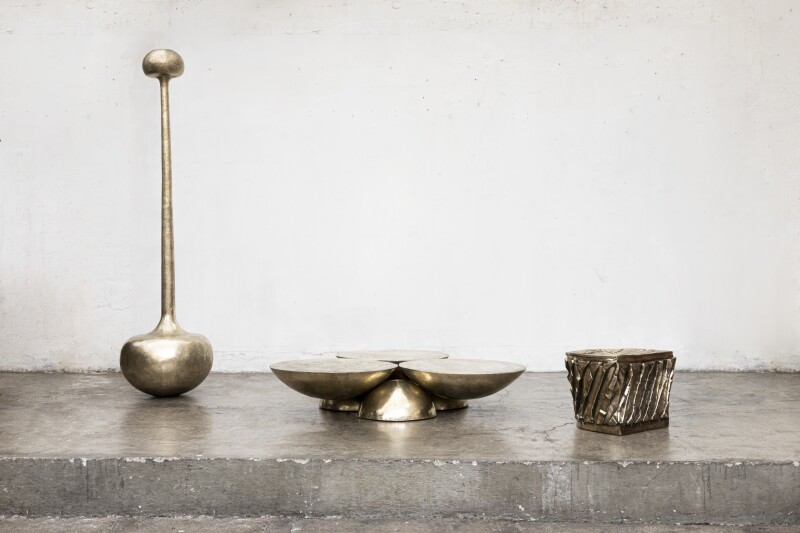 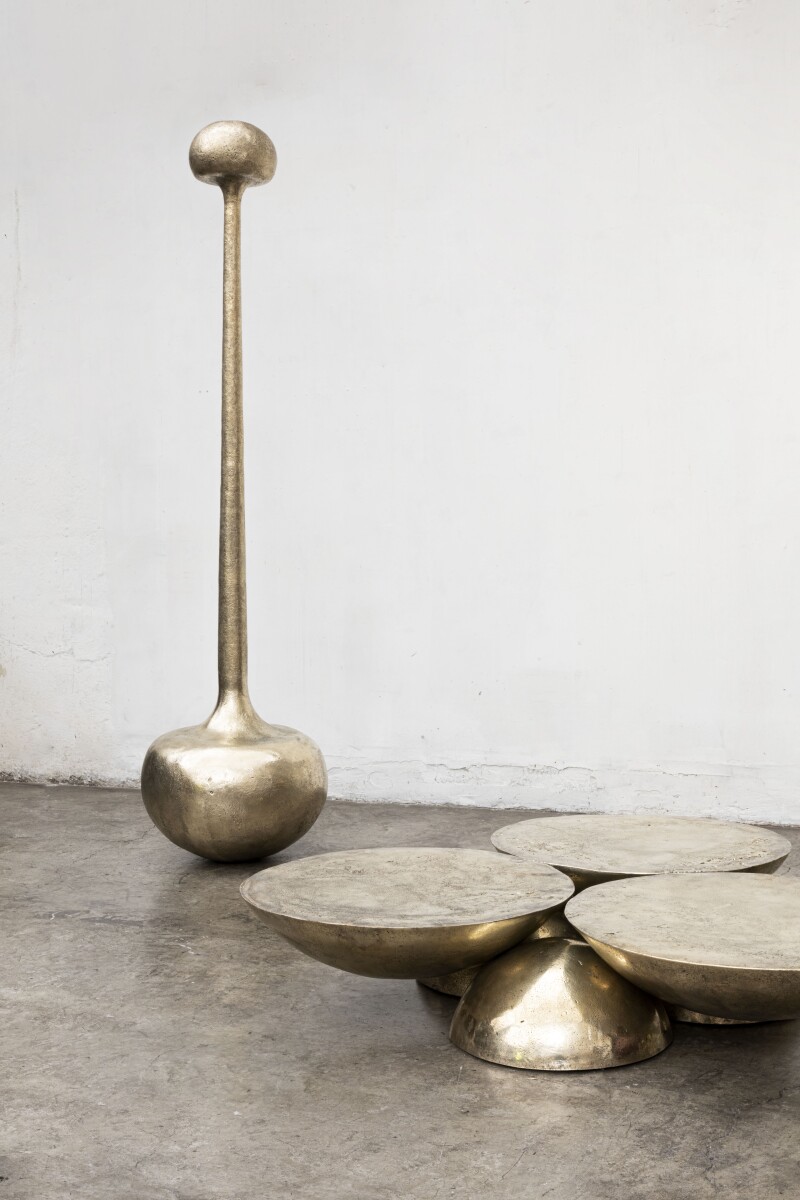 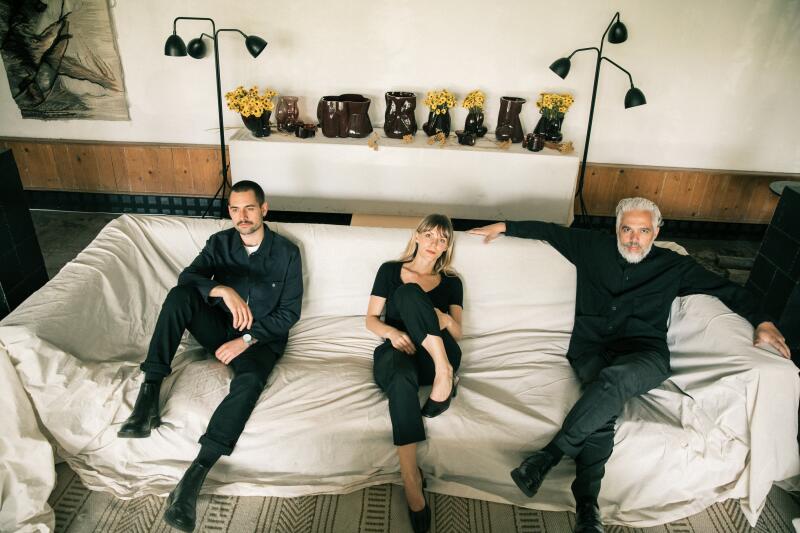 Courtesy of the artist and MASA Galeria, Mexico City

Copal Coffee Table stands out for its technical complexity and stability - the three large spheres that comprise its surface seemingly hover in space and defy gravity on its central cantilever. The table's hidden elements are assembled together in a perfect equilibrium and create visual tension between the weight of its materiality and its delicate structural balance.

The table is created through a process which involves six semi-spheres carved in volcanic stone known for its characteristic porosity and native to a quarry area that is located near Mexico City. The semi-spheres are in turn cast into bronze, leaving the characteristics of the stone as textured impressions on the table's surfaces. The Copal Coffee Table is part of EWE Studio's Sincretismo Collection, which draws upon the ancient wisdom, rituals, forms and materials of pre-Hispanic cultures to create objects that are simultaneously functional and sculptural. Each piece within the collection has a common origin or correlation: they interact if they are set together, but they also stand out on their own.

EWE Studio was founded in 2017 by gallerist and curator Age Salajõe and designers Manuel Bañó and Héctor Esrawe. EWE is a design studio based in Mexico City that is devoted to the preservation and advancement of Mexico’s rich artisan heritage while embracing new media and languages for the execution of limited-edition sculptural and functional objects. With a desire to reﬂect tradition as part of the natural ﬂow of design, EWE praises diverse techniques, blending primitive elements with pristine surfaces and uses natural materials that appeal to the senses. Mexican history is EWE’s inspiration for forging new ideas that have substance and meaning.