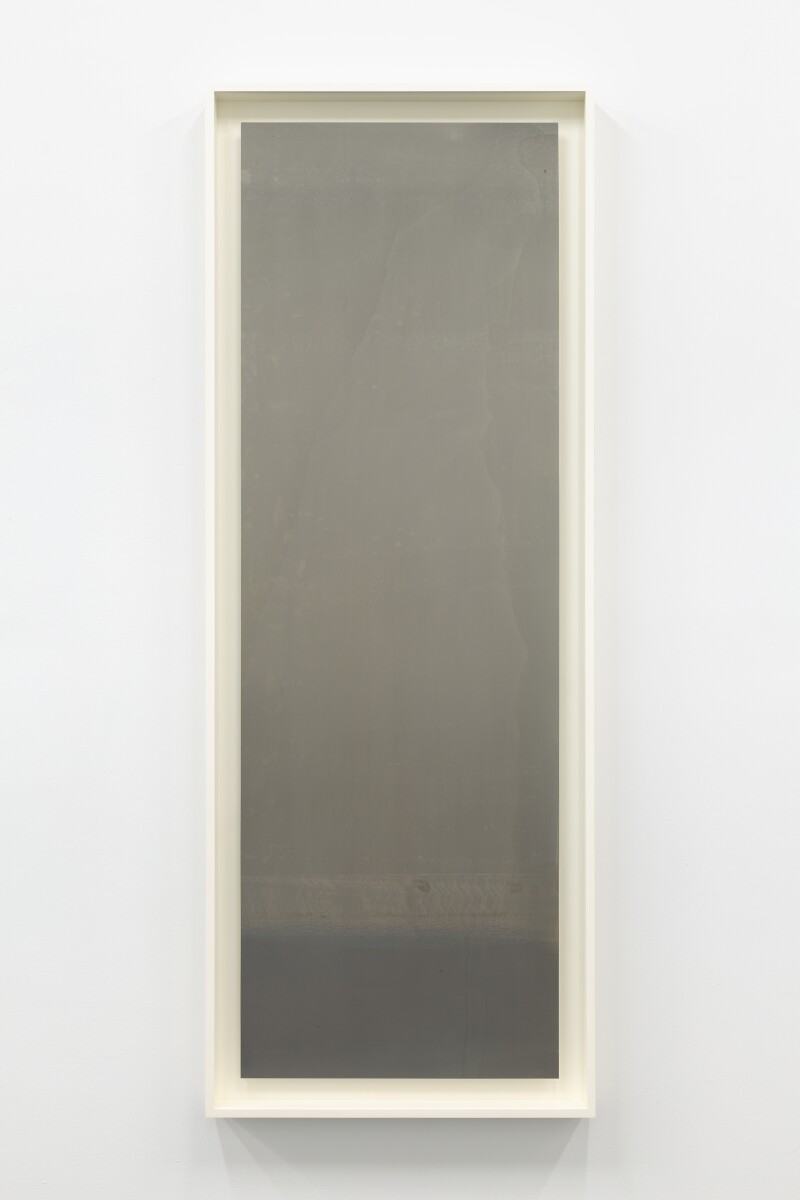 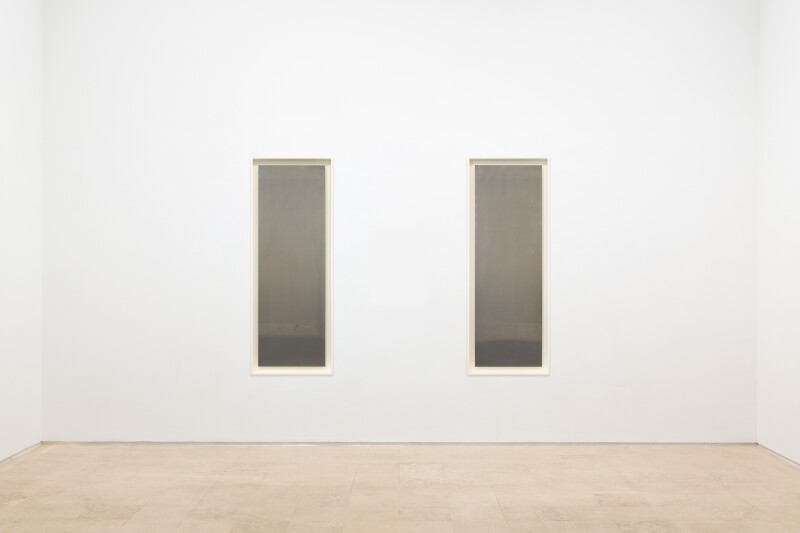 Liz Deschenes’ signature photograms are typically made by exposing photosensitive paper to the night, allowing almost imperceptible, chance events to register onto the sheet. The sheet is developed and then fixed with a silver toner. The latter operation processes the image into its final state and produces quasi-painterly effects – some people call them ‘imperfections.’ These photograms remain chemically active and will evolve chromatically over their lifetime.

These photograms look and function similarly to mirrors. Daguerreotypes, one of the initial photographic processes, are often referred to as mirrors with a memory. Photograms share the uniqueness of daguerreotypes, the silver reflectivity and the mercurial viewing experience. The viewer activates the work, and becomes an integral part of a temporal, unrecorded representation. As opposed to the expected fixed image of a photograph, these works produce an unstable, time-based result.

Liz Deschenes graduated from the Rhode Island School of Design in 1988. She teaches at Bennington College and is a visiting artist at Columbia University’s School of Visual Arts and Yale University. She was the recipient of the 2014 Rappaport Prize. Deschenes has recently presented her work in a series of two-person exhibitions with Sol LeWitt at Fraenkel Gallery, San Francisco (2017), Miguel Abreu Gallery and Paula Cooper Gallery, New York (both 2016). Her work was the subject of a 2016 survey exhibition at the ICA/Boston. In 2015, Deschenes presented solo exhibitions at MASS MoCA and the Walker Art Center, and was included in group exhibitions at the Whitney Museum of American Art, Musée d’Art Moderne, the Centre Pompidou and Extra City Kunsthal in Antwerp. Her work was featured in Sites of Reason: A Selection of Recent Acquisitions at the Museum of Modern Art in 2014, and in What Is a Photograph? (International Center for Photography, New York). In 2013, she exhibited new work in tandem solo exhibitions at Campoli Presti (Paris and London), and group exhibitions at the Museum of Modern Art and the Fotomuseum Winterthur, among others. She was included in the 2012 Whitney Biennial and had a one-person exhibition at the Secession in Vienna and a two-person exhibition at The Art Institute of Chicago that she co-curated with Florian Pumhösl and Matthew Witkovsky. Previously, her work has also been exhibited at the CCS Bard Hessel Museum, the Aspen Art Museum, Klosterfelde (Berlin), the Walker Art Center, the Langen Foundation (Düsseldorf), the Tate Liverpool and the Metropolitan Museum of Art.