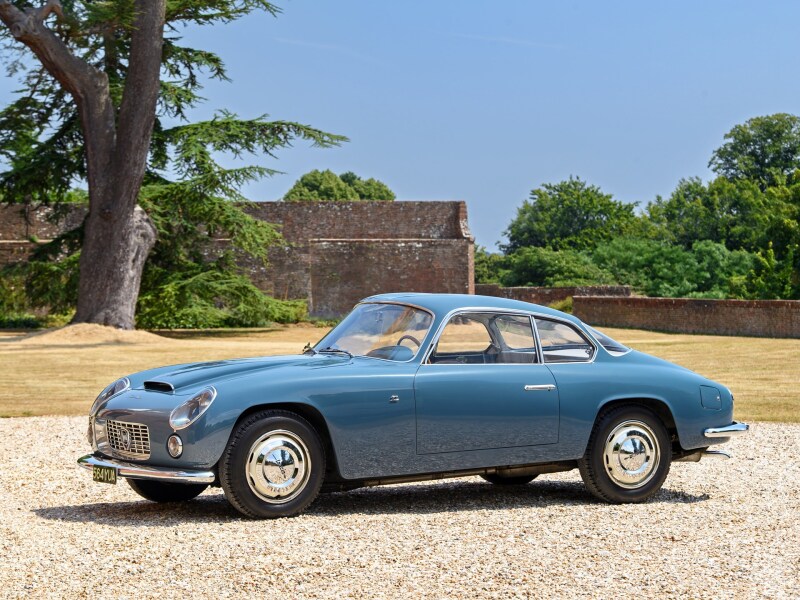 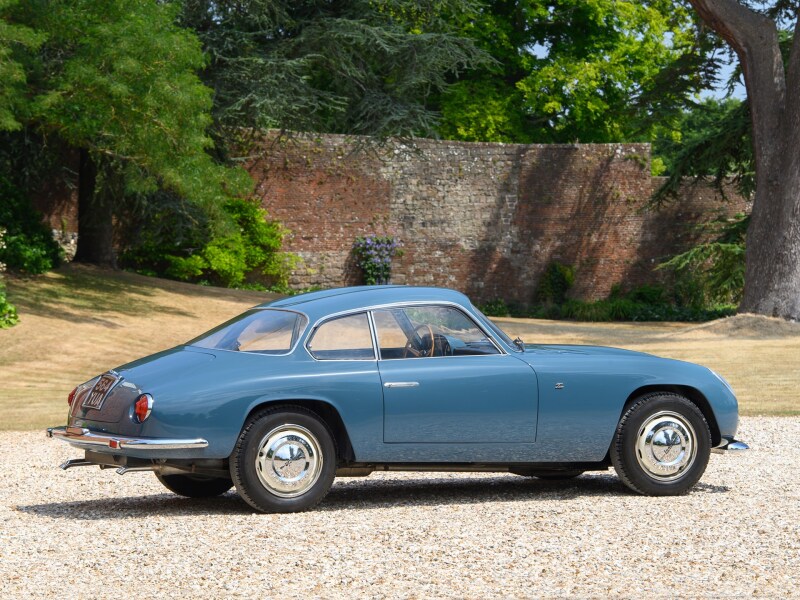 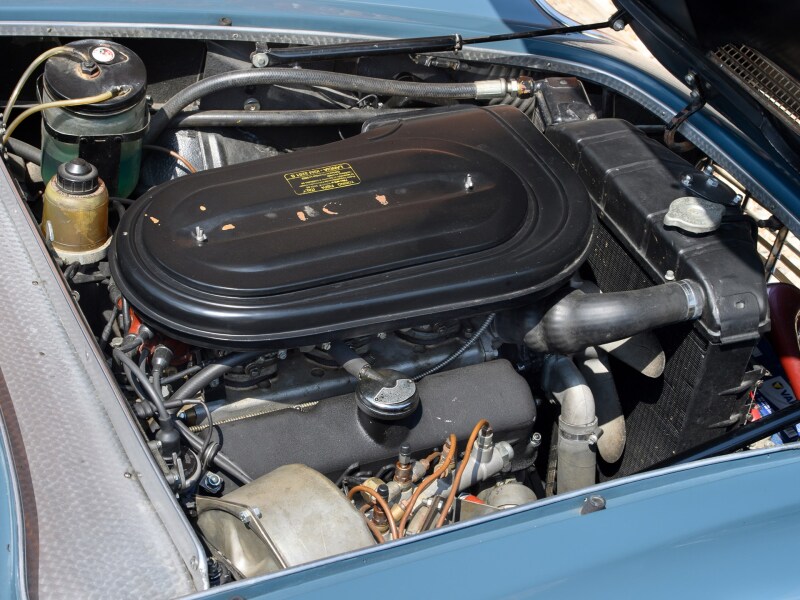 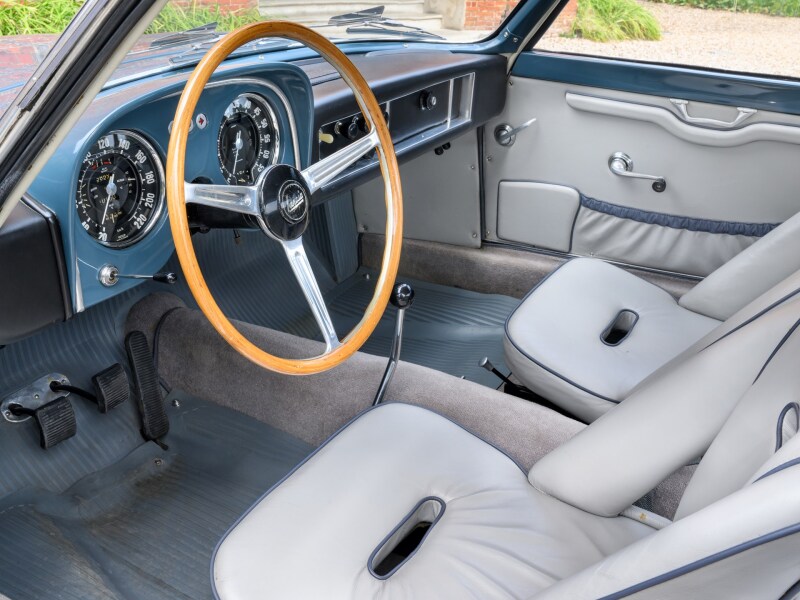 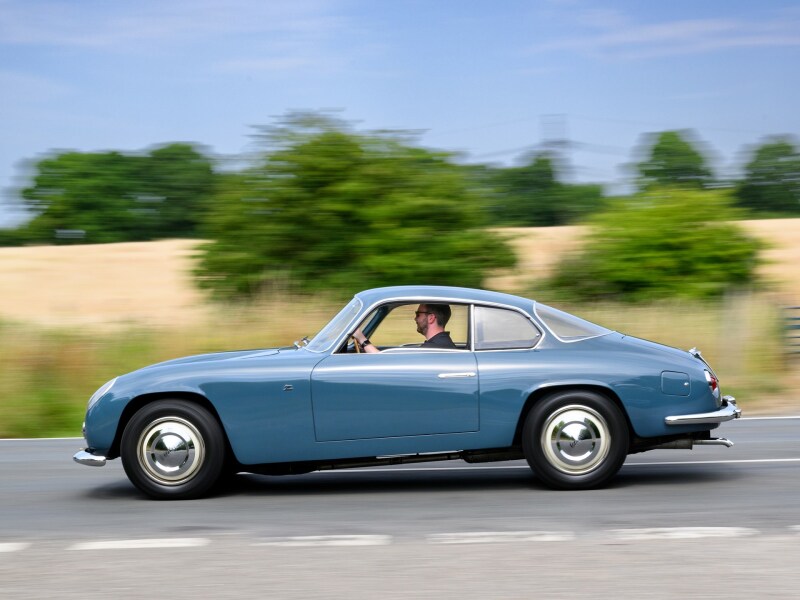 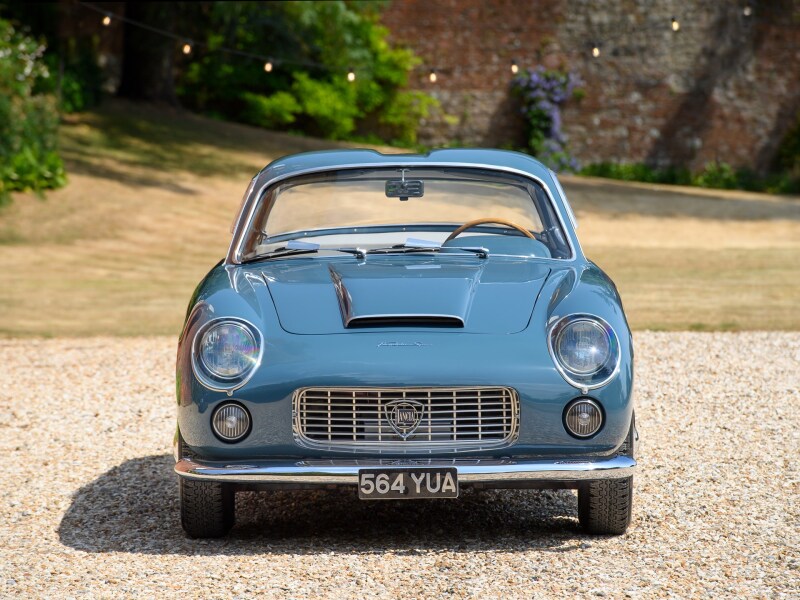 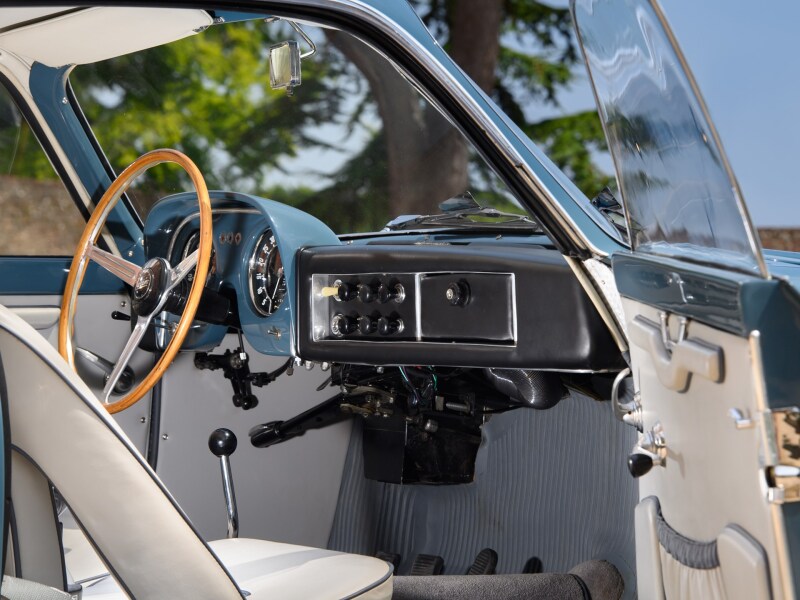 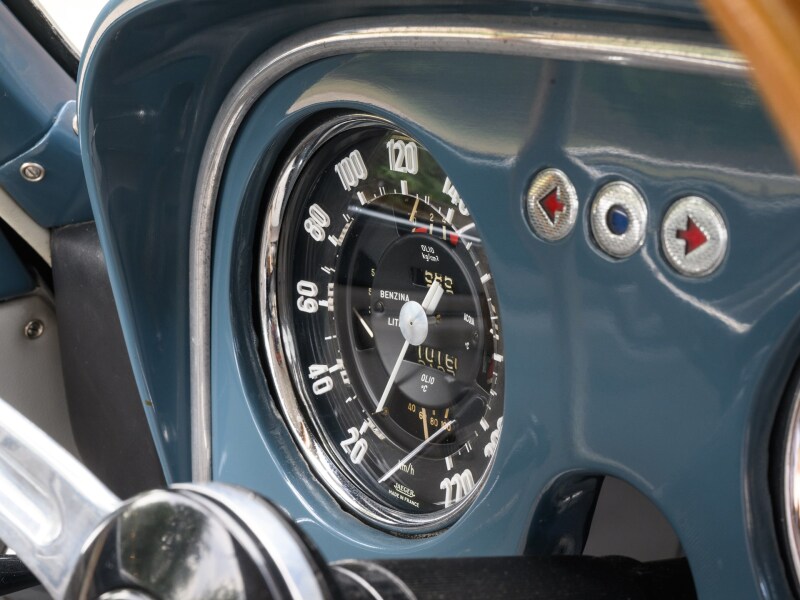 In true Lancia tradition, the Flaminia took its name from the eponymous “Via Flaminia” Roman road that stretches between Rome and the Adriatic coast. At the time of its unveiling at the Turin Auto Show in 1957, the Flaminia epitomised a suave and sophisticated 1950s Italy—not only in its name, but also in appearance, with sporting models bodied by Zagato and by Touring, both of Milan.

The Flaminia Zagato Sport shared the same shortened wheelbase as its Touring GT sister model, but the youthful Ercole Spada, chief designer at Zagato, used luscious flowing lines contrasted against a sleek coupé profile for all the attributes of the finest sports cars of the era.

While the “Double Bubble” roofline characterises the Flaminia Sport’s distinctive shape, its doors feature pop-out handles, and the curvaceous body includes a low, functional air scoop on the bonnet. The appealing features and sporting credentials of the model are matched by its impressive performance figures.

This early example, fitted with Perspex side and rear windows and competition seats, as well as the special competition engine, was first registered in Varese in early 1960. The Flaminia’s Estratto Chronologico shows that it was delivered to Maria Dell’ Acqua of Casciago. Importantly, the car is also listed in John de Boer’s Italian Car Registry. Subsequent ownership sees the car pass through Frosione and Rome, with the last stamp in its Estratto showing it located in Rome in 1988. The Flamina resurfaced in Florence in 2005 and was subsequently restored in its native Italy. Later emigrating to Germany, it was awarded a FIVA Identity Card in 2009—prior to first being registered in the U.K. in November 2010, having then been acquired by the consigning owner, a true enthusiast with wonderful taste in automobiles.

After enjoying the car for a while in this configuration, he had the engine further improved by the highly respected Jim Stokes Workshops of Waterlooville, Hampshire. This work brought output to 180 bhp and 191 ft/lbs of torque, with an almost flat torque curve from 2,500 to 5,000 rpm. Importantly, the complete and original 2.5-litre 3C competition engine and transaxle are included in the sale, as well as numerous invoices chronicling this work.

With long-distance rallies in mind, an extra 15-litre fuel tank and twin Facit electric fuel pumps were fitted. Over the course of the last decade, the current owner and his wife have used and enjoyed the car on rallies around the world, ranging from Chile and Argentina to Scotland, France, Switzerland, and the Flaminia’s native Italy. On those tours, they have found the car to be completely reliable, docile, and well-mannered to drive.

To give further context to the car’s performance, in his 1961 road test of a factory experimental Lancia 3C 2.5-litre Flaminia Zagato, Bernard Cahier found that its acceleration times were nearly equal with those of an Aston Martin DB4 and Ferrari 250 GT, stating that “the Lancia's outstanding road handling, plus terrific torque down low, would make these cars work very hard indeed to keep up with it”. With this car boasting an improved 2.8-litre engine with much more power and torque than was available in period, the performance is even more impressive than that of the car Cahier tested.

Finished in an attractive shade of blue, this Lancia’s light grey leather interior trim is complemented by features such as lightweight-style racing seats, Perspex side and rear windows, delicate aluminium door handles and a trap door to the rear luggage compartment to accommodate the full length of the sporting owner’s skis!

With such inviting visual appeal, connoisseurs of Italian cars of this era regard the Flaminia Sport as one of the most enticing sports cars available. Considering this particular car’s further mechanical upgrades thoughtfully outfitted by its current custodian, this Flaminia would be a true joy to drive and offers the perfect combination of looks, performance, and Italian sophistication.