property from a private manhattan collector 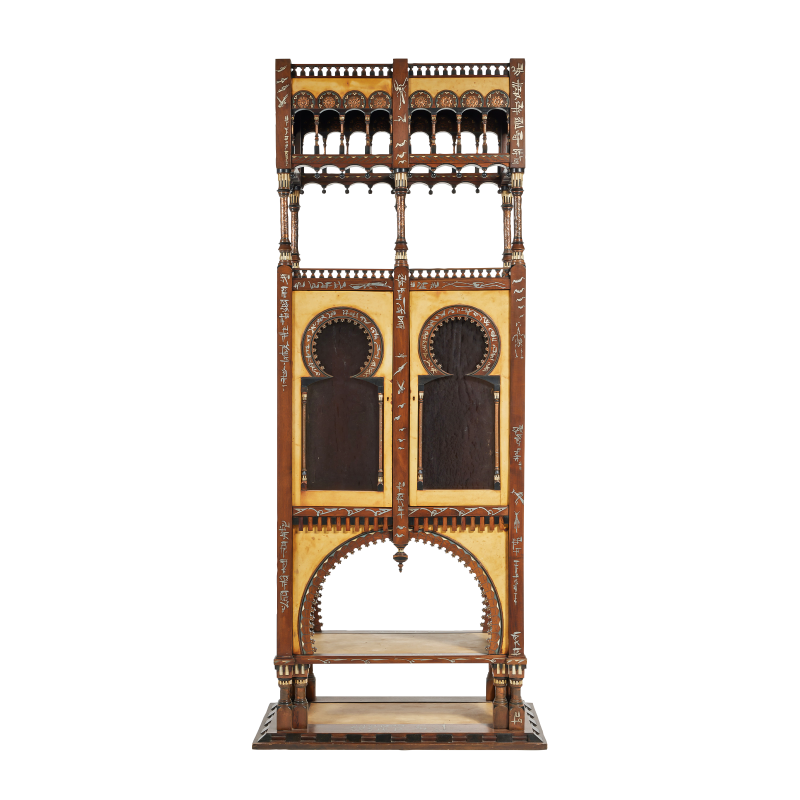 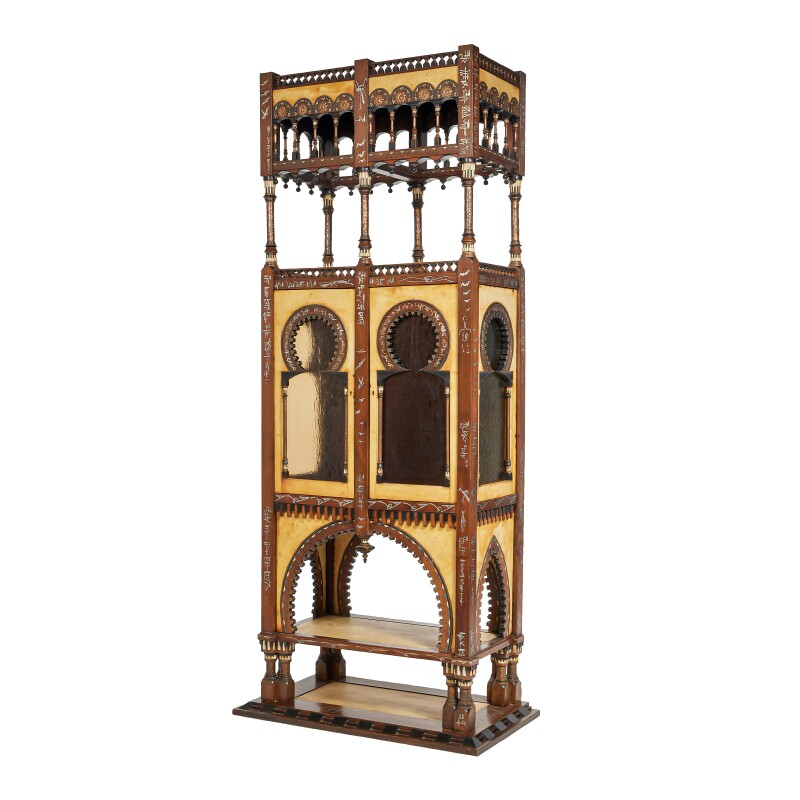 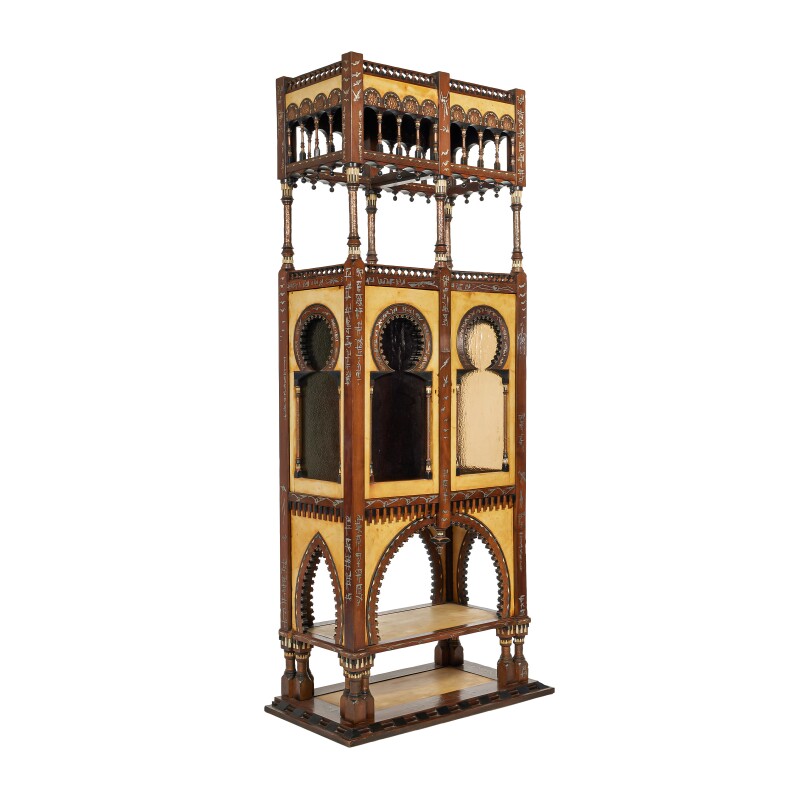 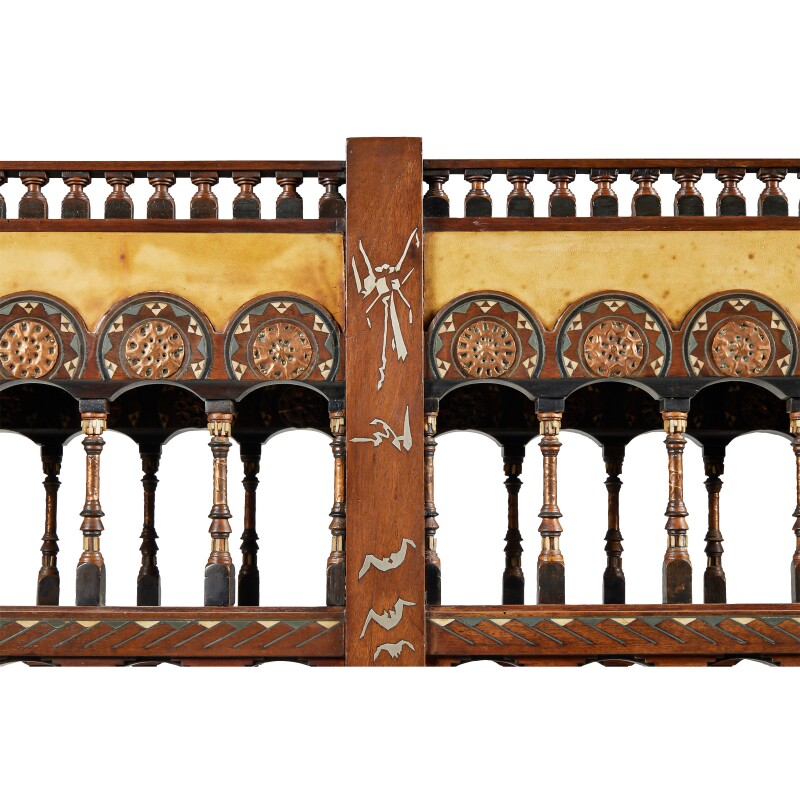 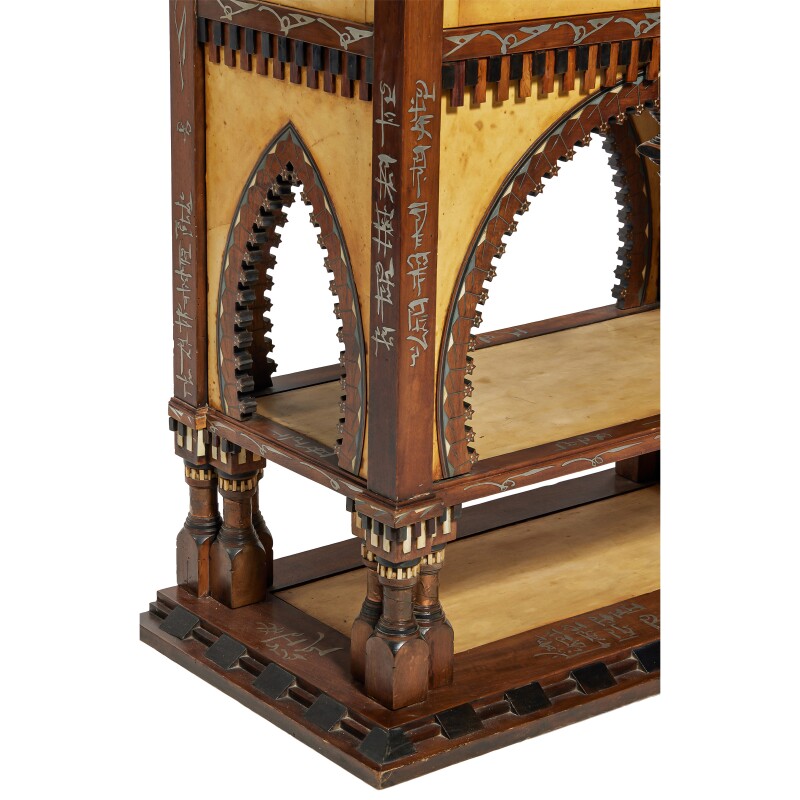 Bugatti created inventive, ornamental and otherworldly furniture, interiors and household objects beginning in Milan in 1880. Working between Italy and France over the span of half a century, each piece of his diverse body of work was born out of his eclectic vision. Although Bugatti called upon foreign cultures, as it was popular during the contemporaneous Art Nouveau period, he enacted a futuristic inspiration rather than imitation when infusing motifs and decorative elements into his designs. Always with a hint of fantasy, his work emulates architecture as much as it does nature. Bugatti enhanced his distinct style with the use of materials such as bone, animal vellum, pewter, copper and natural fibers. He also employed elaborate decorative techniques such as inlaying, metal embossing and tasseling.

Between being the son of an architect and sculptor, studying at the prestigious Accademia di Belle Arti di Brera in Milan and later attending the renowned Académie des Beaux-Arts in Paris, Carlo Bugatti was well trained to lead a life of unbridled creativity. Surrounding his family with artists and creatives, Bugatti’s fervor for such a life undoubtedly influenced his children who included the celebrated sculptor Rembrandt Bugatti and the famous car marker Ettore Bugatti. A true testament to the originality and innovative approach of Carlo Bugatti, the six lots presented in the following segment exhibit a variety of the very forms, techniques and materials that give his work its exotic appeal.

Wood is stable and in age-appropriate condition overall, and presents with faint scratches, abrasions and minute indentations throughout.

Vellum is in age-appropriate condition and presents with faint scratches throughout as well as discoloration, small abrasions and raised grain.

Inlaid pieces are overall stable with some slightly raised areas, not visually distracting.

Bone presents with marks and abrasions consistent with manufacture with light soiling in the recessed areas.