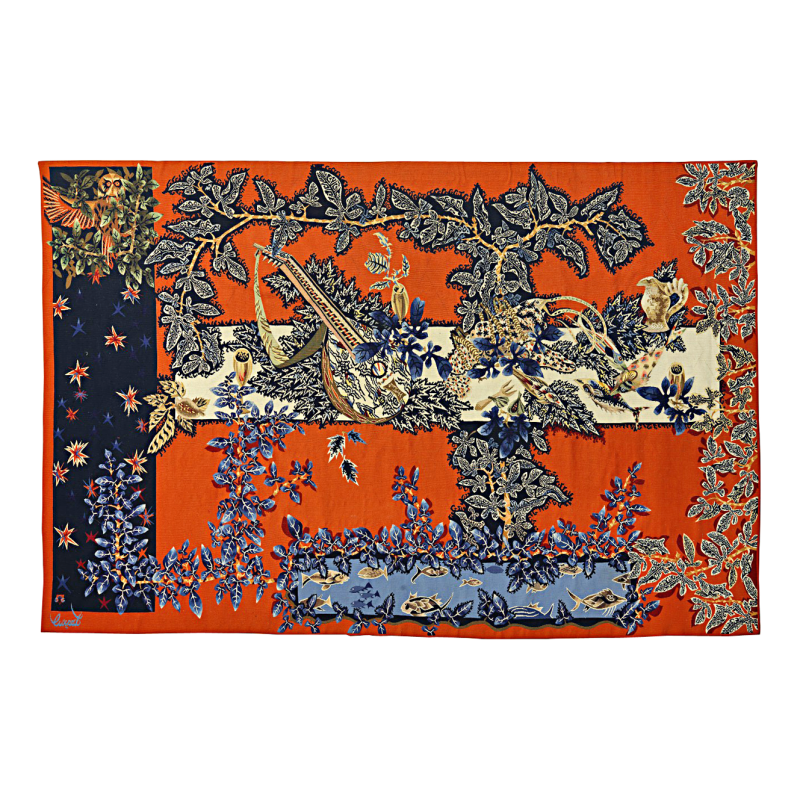 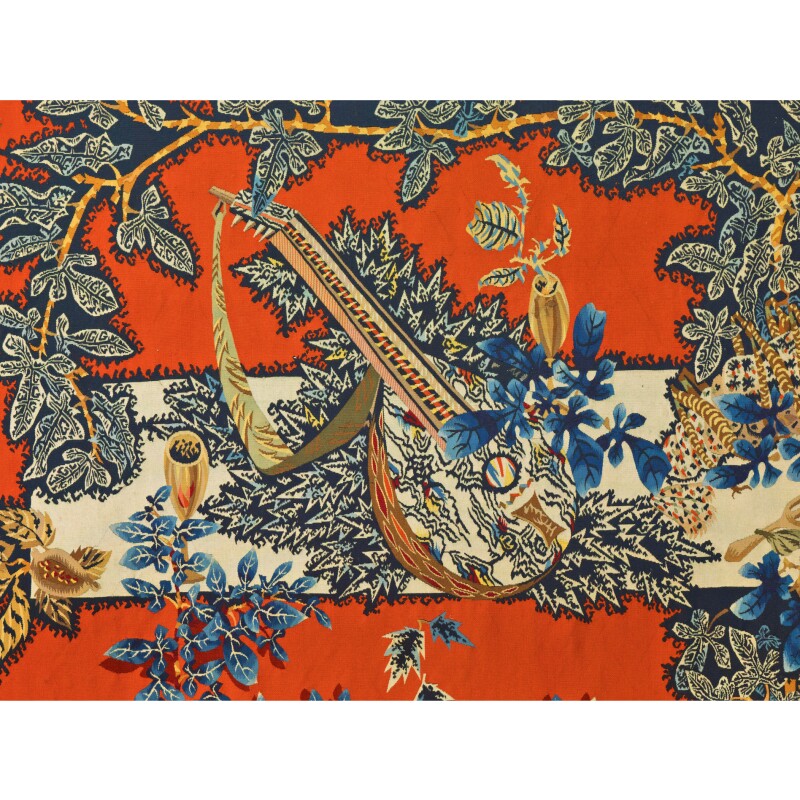 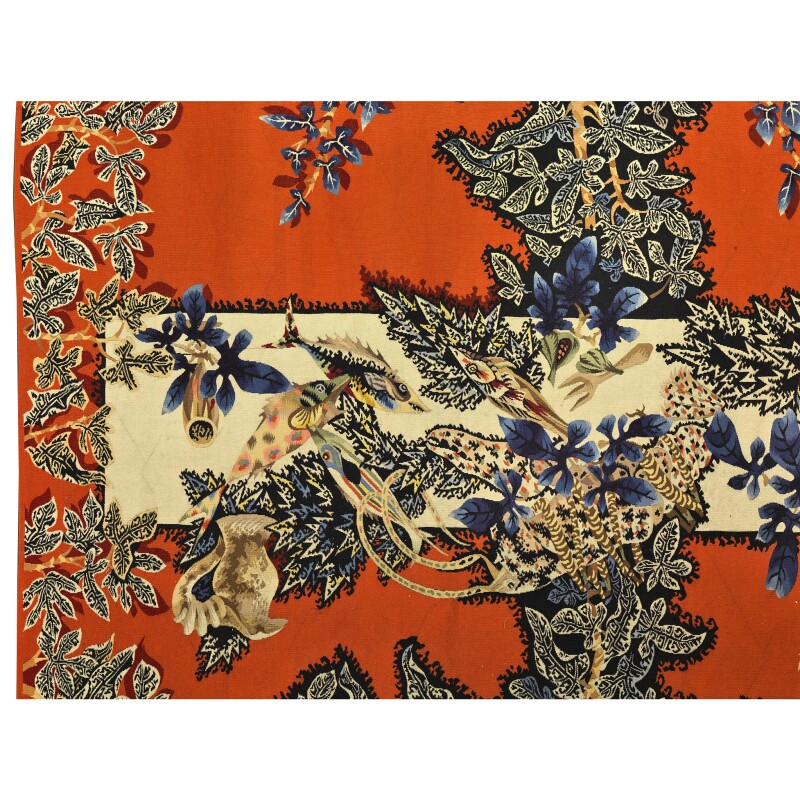 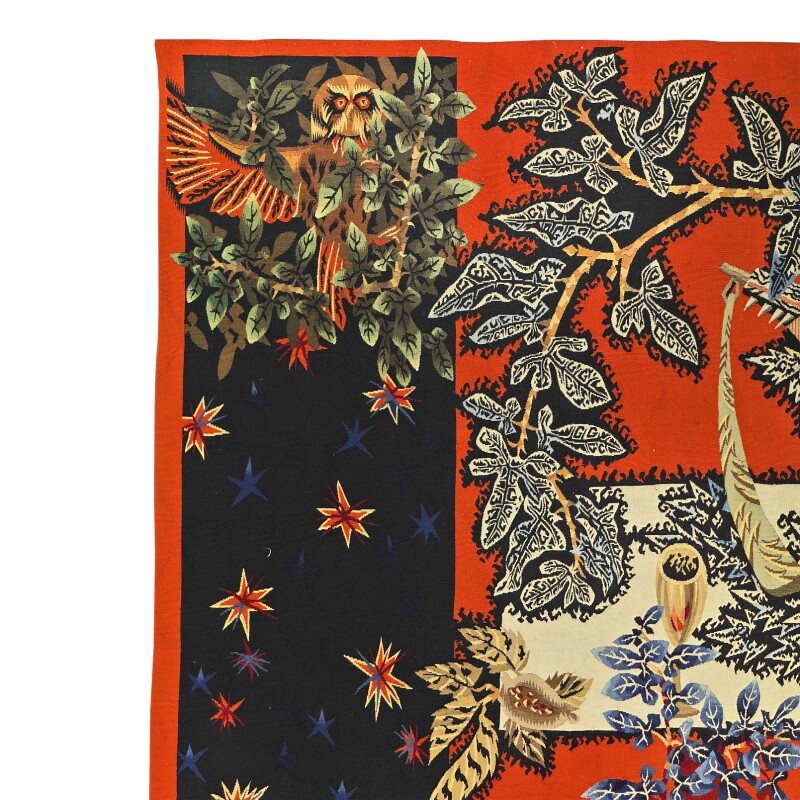 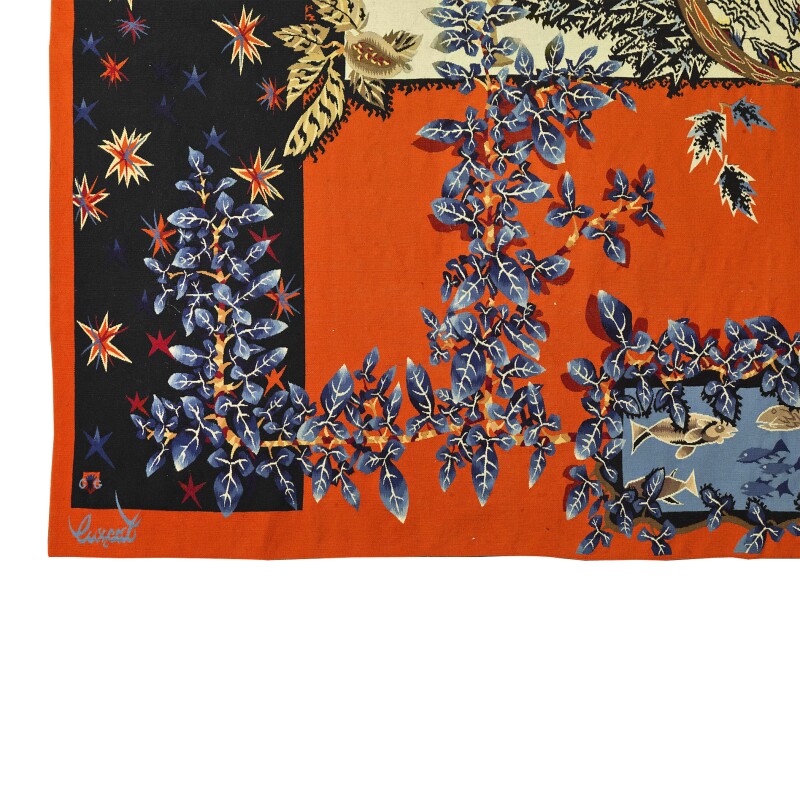 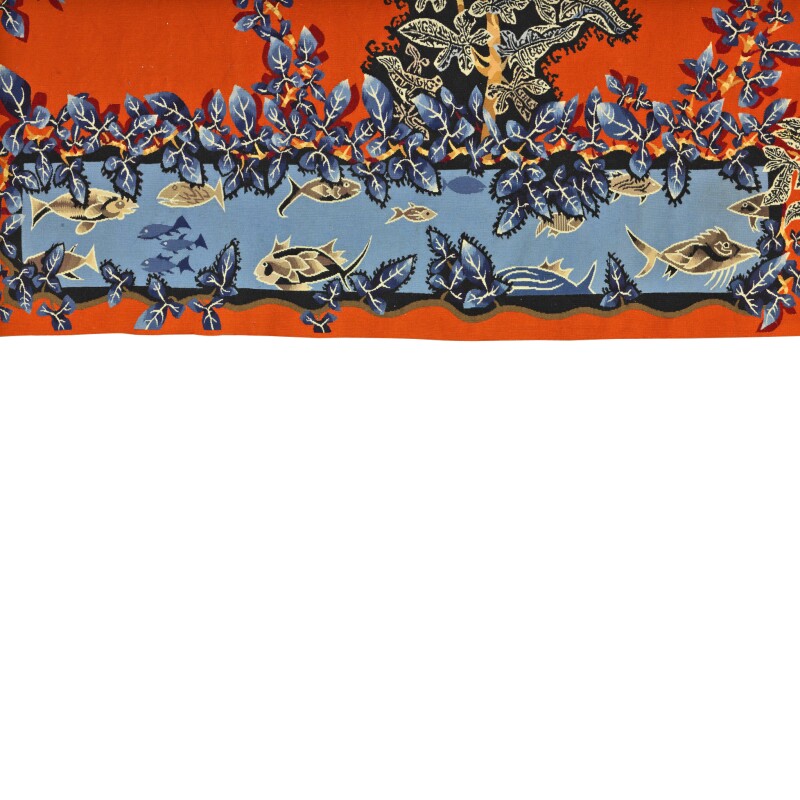 Beyond its beauty, Nature Morte is distinguished by its incredible history. It was acquired by a prominent Uruguayan art collector from an exhibition of works by Jean Lurçat held at Mueblería Caviglia in Montevideo in 1960. It remained in the collection until the owner's passing in 1988 and subsequently descended within the family. The tapestry was stored privately from 1989 until 2001 when it was discovered to be missing from the family's holdings. The conclusion of a preliminary local investigation was that it had been stolen. With the help of a local gallery, the family reached Jean Lurçat’s widow and sought her advice. Amazingly, she was aware of the tapestry and it’s current whereabouts: she had seen it displayed in a government building in Eppelborn, Germany, the city home to the Lurçat Museum. But the city of Eppelborn had purchased the tapestry in good faith, and so the investigation would have to continue. Local and international authorities became involved in the case, which was drawn out over more than a decade and concluded with a trial that lasted four years. In 2019, the tapestry was finally awarded by a court back to its original owners in Montevideo thanks to their tireless efforts to protect and uphold their family’s collecting legacy. Sotheby’s is honored to present this fascinating and highly desirable work on their behalf.

The tapestry has been professionally and sensitively cleaned and presents with a homogenous surface.

Occasional instances of very fine loose threads which are not visible unless closely inspected.

Holes due to fabric separation in the top right corner.

Pulls to the fabric throughout.

The fabric with some very light surface abrasions most visible to the red areas which are not visually distracting.

The fabric with three small areas where the stitching has come undone, concentrated to the center of the tapestry, these areas are stable and not visible unless the piece is closely inspected.