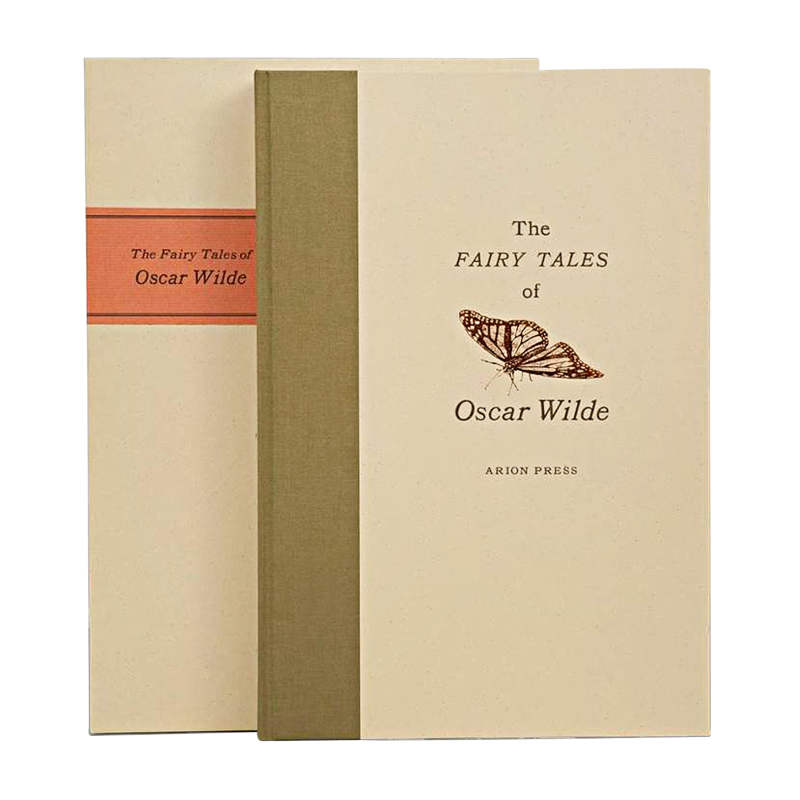 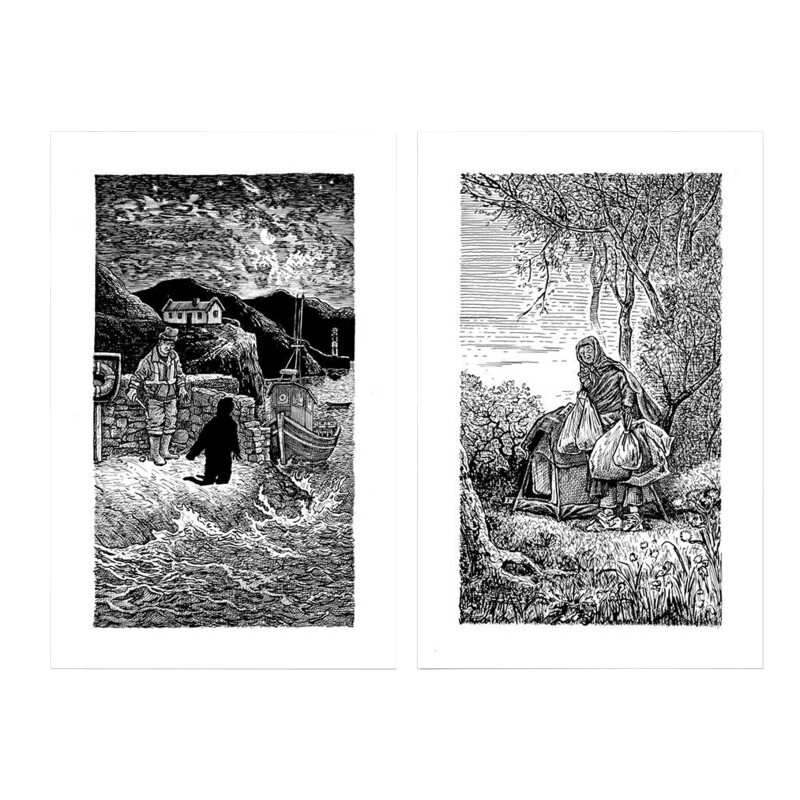 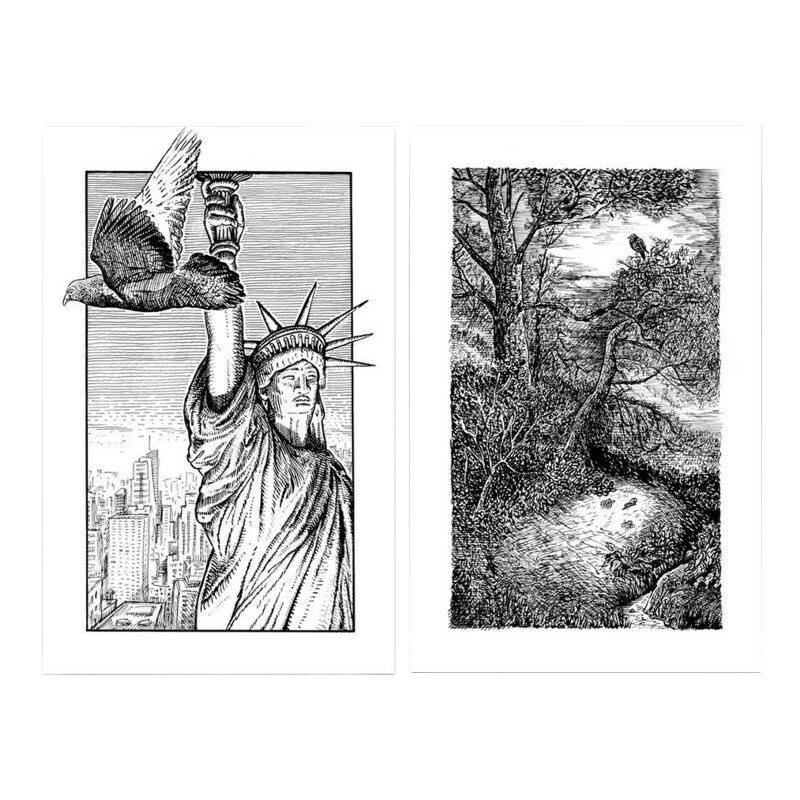 The Fairy Tales of Oscar Wilde

From the publisher, “Oscar Wilde (1854–1990) wrote his 'fairy tales' in two installments at a pivotal point in his career. The Happy Prince and Other Tales, envisioned as a collection of children’s stories, was published in 1888, while Wilde was still serving as the editor of The Lady’s World, to all appearances happily married with children. The second collection, A House of Pomegranates, dedicated to his wife, Constance, was published in 1891. The Picture of Dorian Gray was published in the same year, marking a period of intense creativity for Wilde.”

Accompanied by the drawings of artist Sandow Birk, whose images deftly extract messages from the stories and capture them in the light of modern-day, the Arion Press edition of The Fairy Tales of Oscar Wilde is an essential piece in the puzzle of the writer’s work. Birk’s artworks capture both the contradiction and the complexity of the stories, illuminating their timeless themes through imagery that bears a startling and immediate familiarity to today’s reader. The stark lines and style might at first trick an unsuspecting viewer into believing they do hail from Victorian times, but the content is very much of the now. Wilde once explained, “My fairy tales … are an attempt to mirror modern life in a form remote from reality—to deal with modern problems in a mode that is ideal and not imitative.” He went on to add, “They are, of course, slight and fanciful, and written, not for children, but for childlike people from eighteen to eighty!”

Since its inception in 1974, the Arion Press has published 118 deluxe limited editions that are breathtaking in their scope and artistry. Combining notable literature illustrated with original artwork from prominent artists, Andrew Hoyem and his team at the Arion Press have carried on the tradition of the livre d’artiste in spectacular fashion. Michael Kimmelman of The New York Times put it best when he wrote, "The Arion Press produces some of the most beautiful limited-edition, hand printed books in the world."

Still in the publisher’s original packaging.