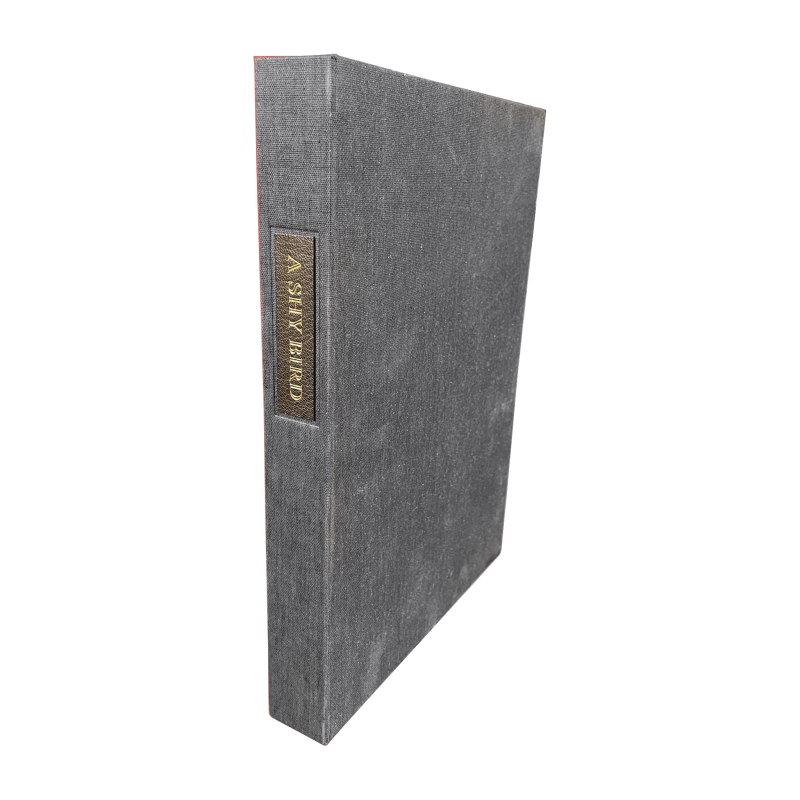 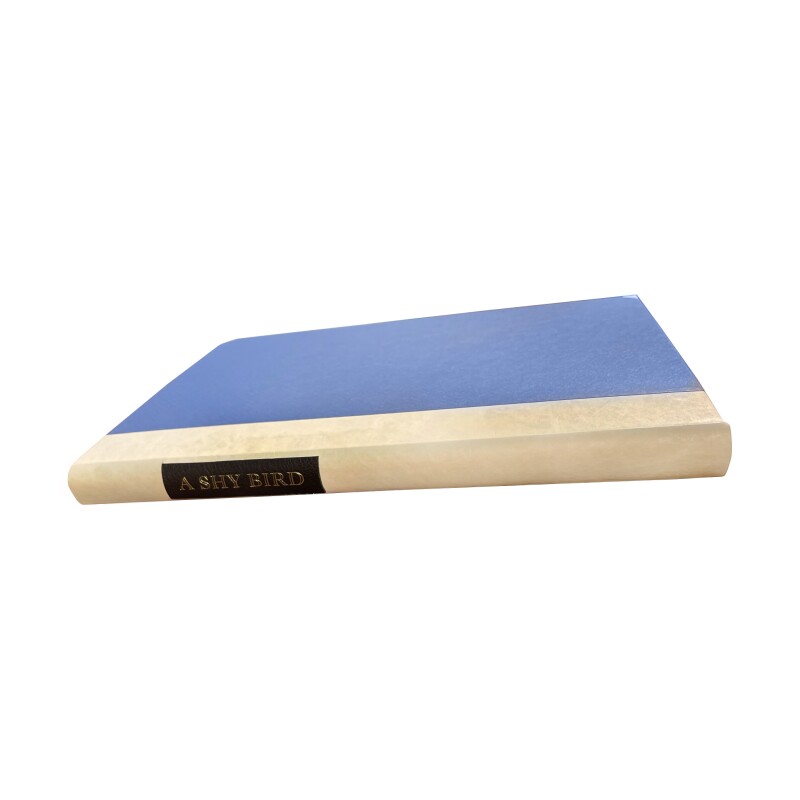 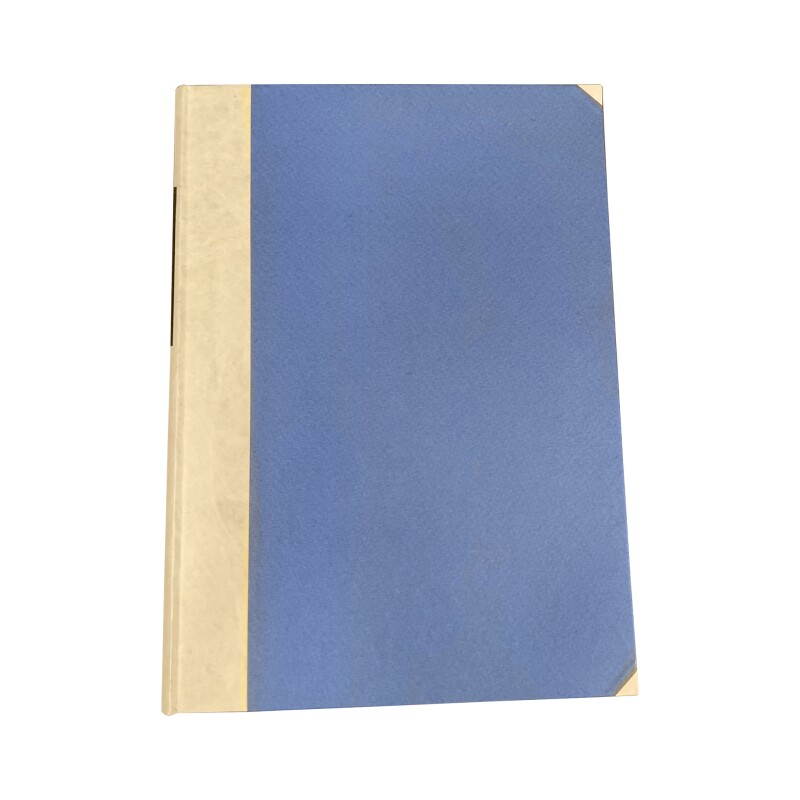 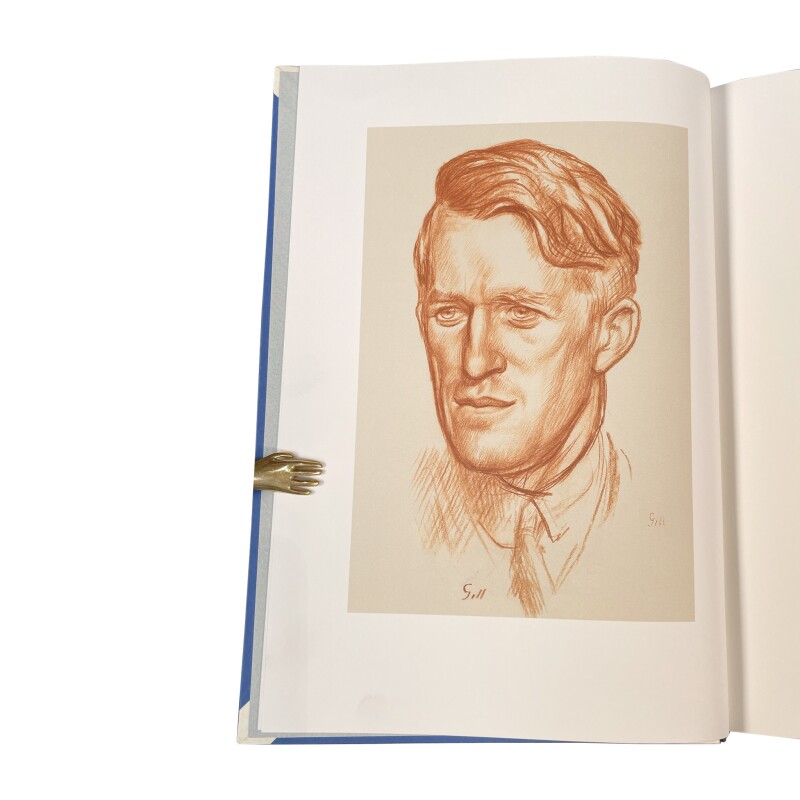 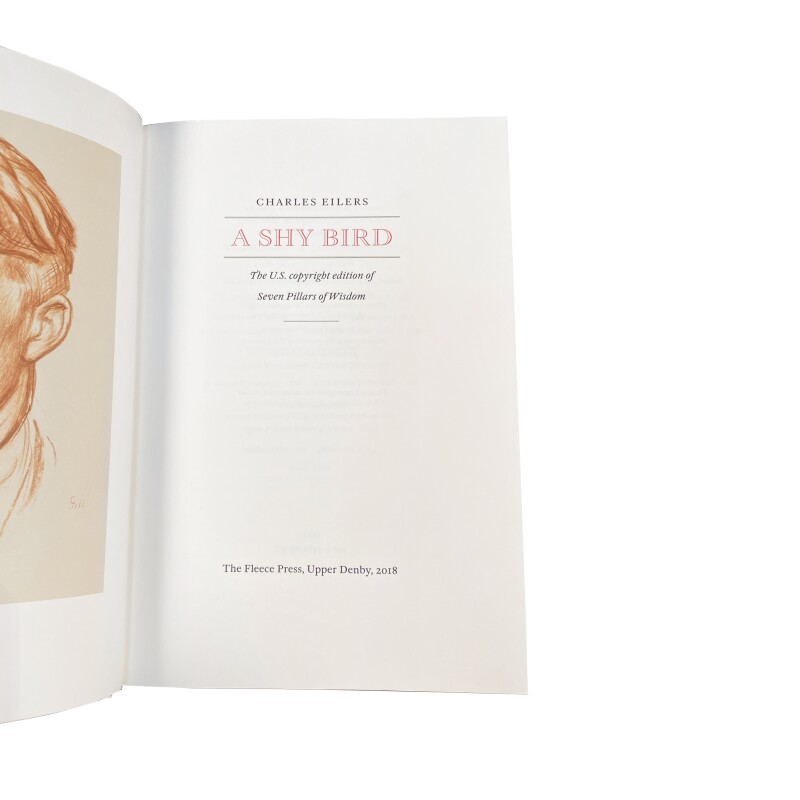 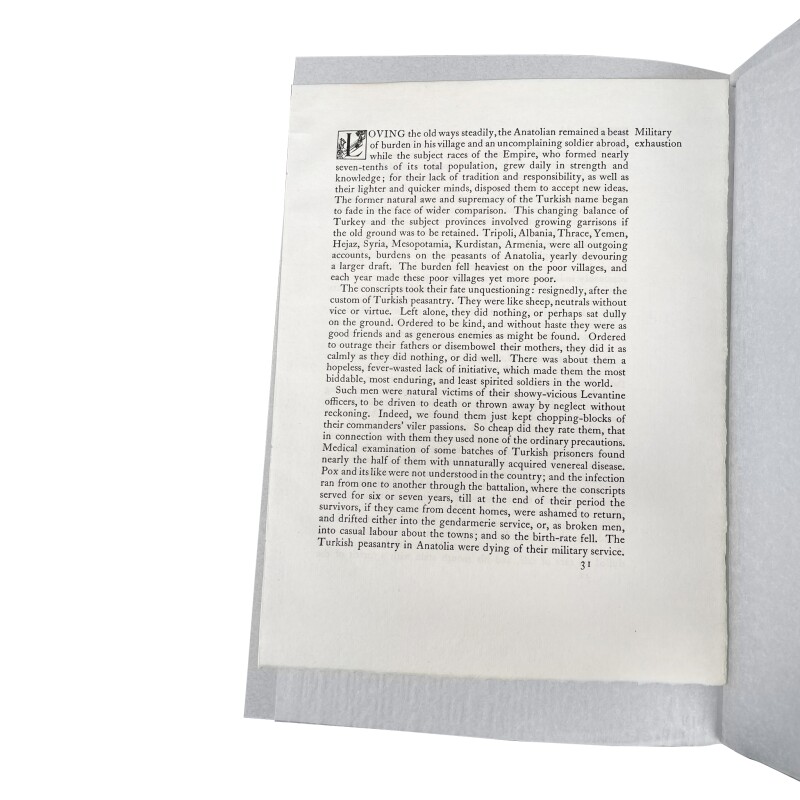 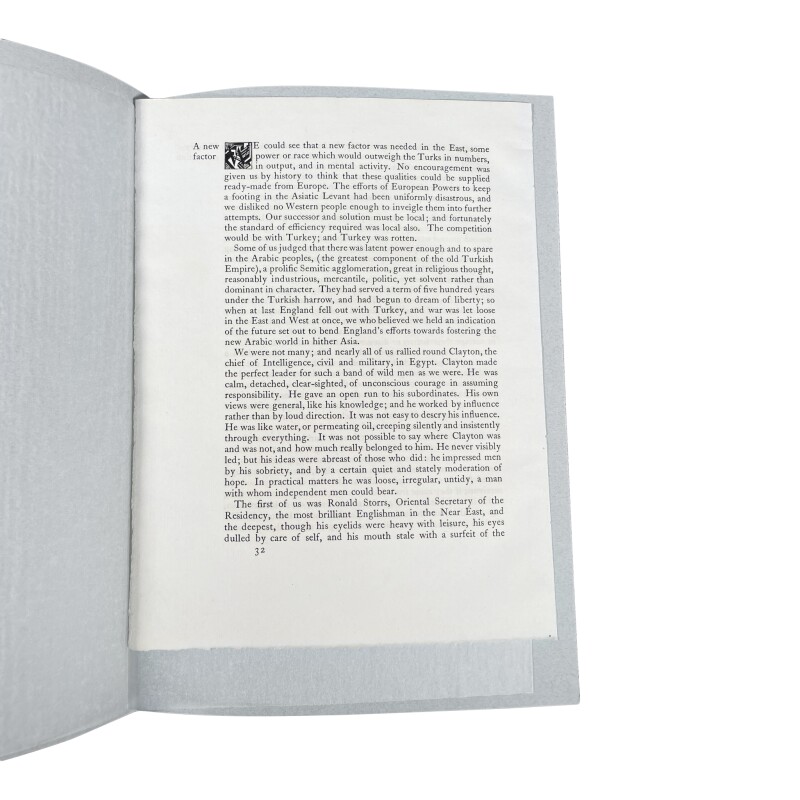 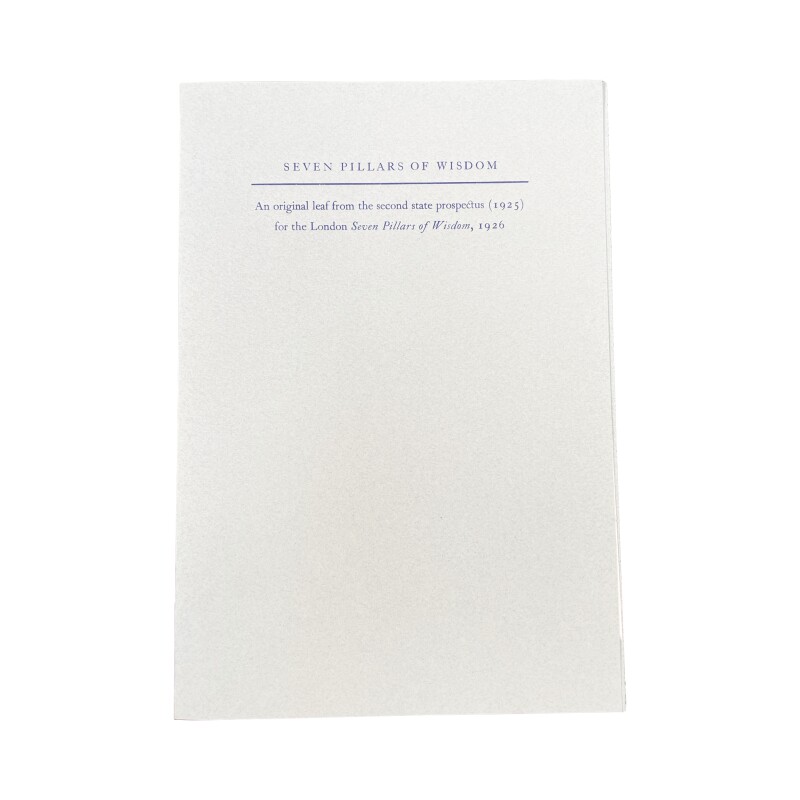 A Shy Bird: The U.S. Copyright Edition of Seven Pillars of Wisdom

Beautifully bound first edition of Eilers’ edition of Lawrence’s famed Seven Pillars of Wisdom with an original leaf from the 1925 prospectus.

"Seven Fleece Press books on T. E. Lawrence have been published since 1985. For bibliophiles, his interest in fine printing, and the story of the making of his magnum opus, Seven Pillars of Wisdom are fascinating. In the run-up to publication of Seven Pillars in Britain in 1926, when he hired a private printer to make his book, Lawrence felt the urgent need to avoid the book being pirated in the USA. He therefore arranged to have the text printed there in an edition of 22 copies in order to establish copyright protection.

Two books were sent to the Library of Congress to establish publication, and copies nominally offered for sale on the publisher's list — but to deter purchase however, they were priced at $20,000 each. In fact, 28 copies were made — none of them sold — and the book tells the complex, intriguing story of the publication, while also tracing the history of each copy.