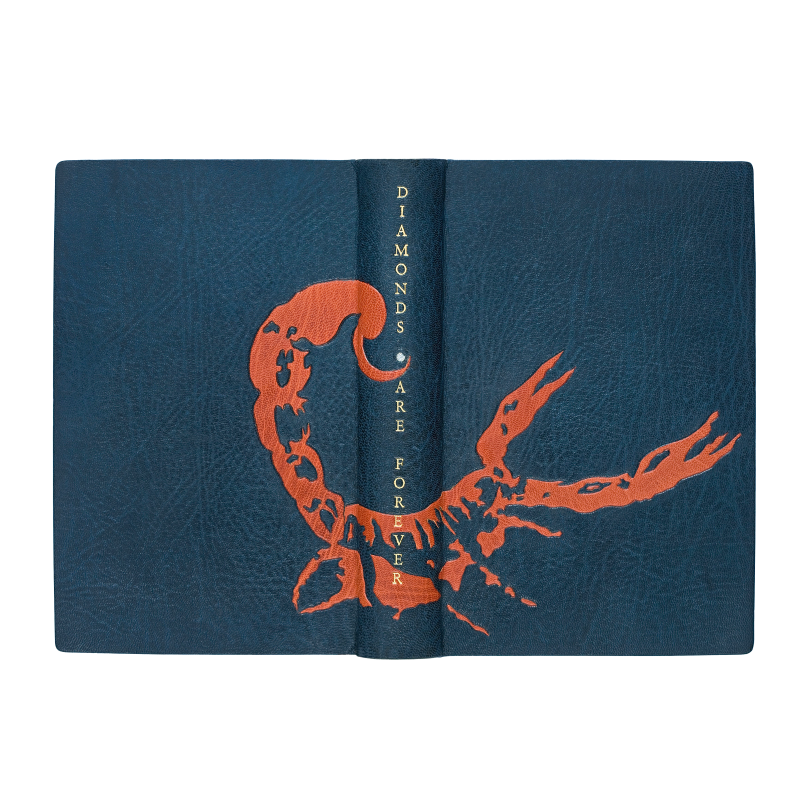 Stunning signed onlaid leather binding by Sangorski & Sutcliffe of Diamonds are Forever, part of The Works of Ian Fleming, which is considered the definitive collection of his works.

From the Ian Fleming Estate and Publications, “The fourth James Bond novel by Ian Fleming published in 1956. An international diamond-smuggling pipeline has opened up and the British Treasury wants to know who’s controlling it. Impersonating a captured courier named Peter Franks, Bond infiltrates the criminal ring and finds an unlikely ally in Tiffany Case, a gorgeous American with a dark past. As the ring’s stateside go-between, she may be just another link in the chain, but Tiffany is also Bond’s best shot at finding the elusive figure at the head of the operation—a syndicate boss known only by the initials 'ABC.' But if Bond’s cover gets blown, he’ll find that the only thing harder than a diamond is surviving the payback of a pair of murderous henchmen. With a sparkling trail of smuggled gems as bait, Diamonds Are Forever leads Bond on a globe-hopping mission where deadly assassins lurk behind every corner."