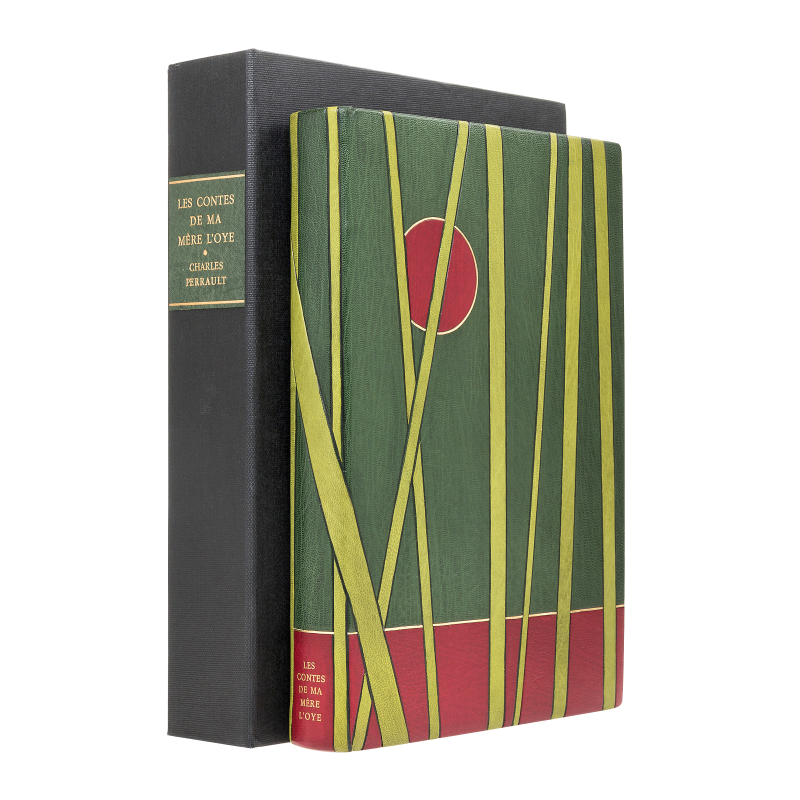 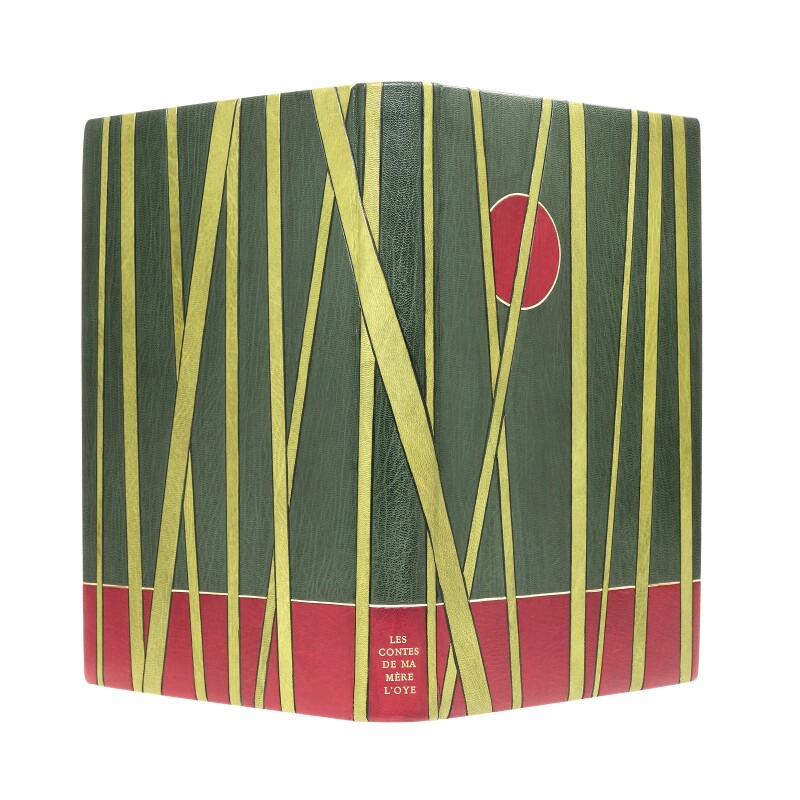 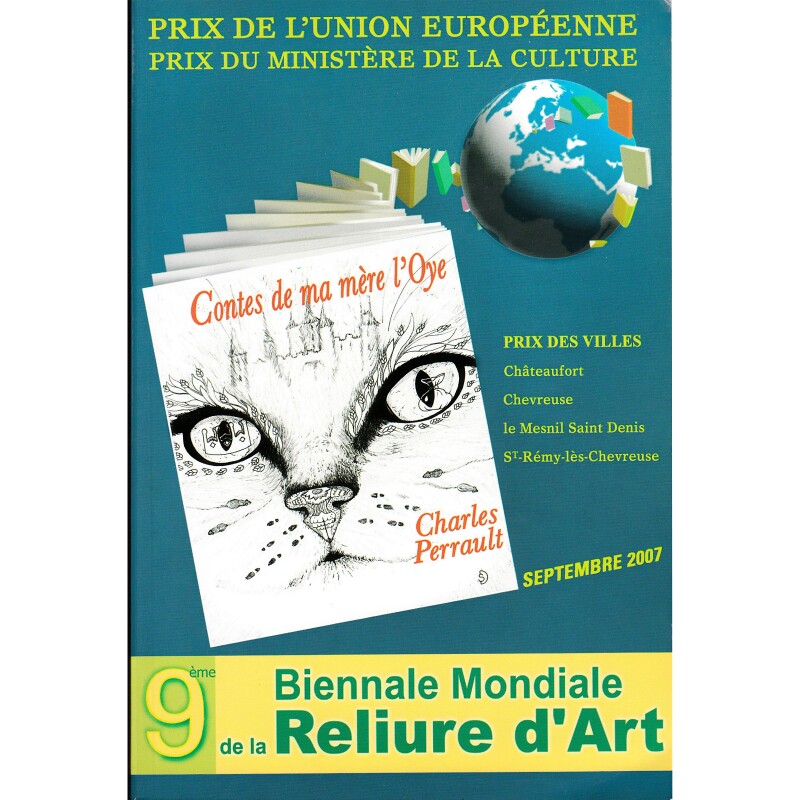 The binding was selected for inclusion in the Ninth Biennale Mondiale de la Reliure d’Art (Biennial of Art Bookbinding) competition and exhibition in 2006. Of the 819 participants from 29 countries, Scott Kellar’s binding was selected as one of the three winners of the "Coup de Couer’ Award." A copy of the catalogue for the Biennale Mondiale de la Reliure d’Art will accompany the book along with Scott Kellar’s signed artist statement for Les Contes de ma mère l'Oye.

For the Ninth Biennale Mondiale de la Reliure d’Art (Biennial of Art Bookbinding) competition and exhibition in 2006, the committee selected Les Contes de Ma Mère l'Oye (Tales of Mother Goose) by Charles Perrault. Each binder was given the loose pages of the book which was printed in letterpress and given one year to prepare their binding for the competition. Scott Kellar’s copy was number 774 of 1,000. The language used in the book is French as used in the original 1697 publication.

Although much lesser known than his literary heirs, the Brothers Grimm and Hans Christian Andersen, the 17th-century French writer Charles Perrault not only solidified the fairy tale as a literary genre, but wrote nearly all of the genre's most signature stories, his tales entering the culture in ways that far transcend his own personal artistic reach. Cinderella, Sleeping Beauty, Little Red Riding Hood, Bluebeard, Puss in Boots, Tom Thumb and the larger designation of Mother Goose stories all permeate virtually every level of modern art and entertainment, from rock songs to popular films to the most sophisticated stories and novels by such literary fabulists as Angela Carter and Margaret Atwood.

About the Artist: A master of traditional fine bookbinding, Scott Kellar has been working intimately with books for over 40 years. Introduced to bookbinding as a hobby in 1972, his commitment to the craft was immediate. While pursuing a career in book conservation, Scott’s love of books expanded into the realm of design binding, where the art of the binder becomes integral to the book, adding yet another layer of imagery and interpretation to the work of the author. As a result, his artistic works have been featured in book art exhibition venues local, national and international. Awards won include the "Coup De Coeur" award at the Biennale Mondiale de la Reliure D’Art, The Society of Bookbinders Award for Forwarding and the Fine Binding J. Hewit & Sons Ltd. Award. His studio in located in Chicago, where he also teaches to share both his skills and vision.