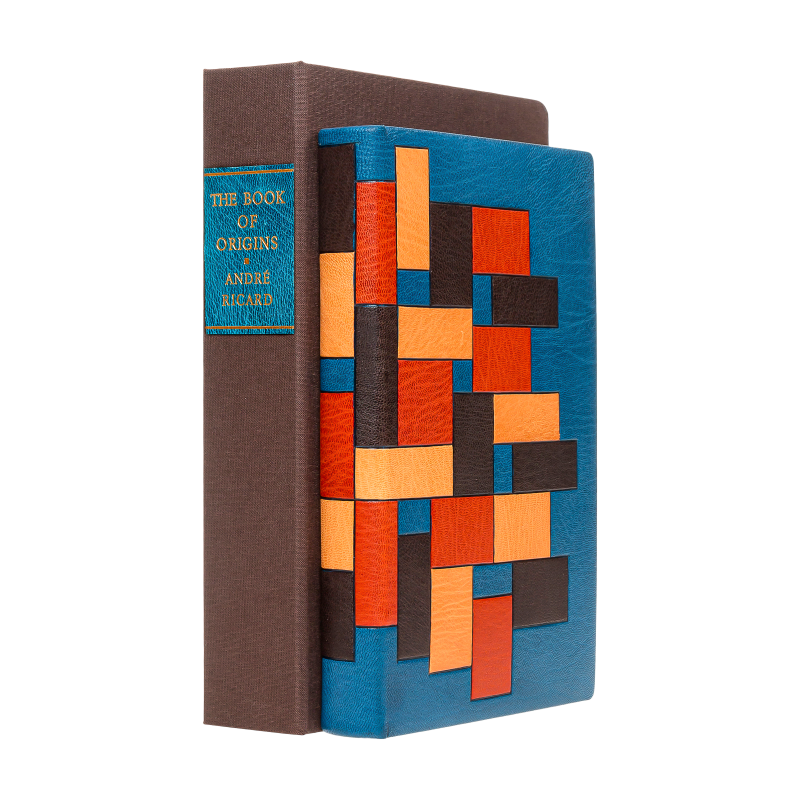 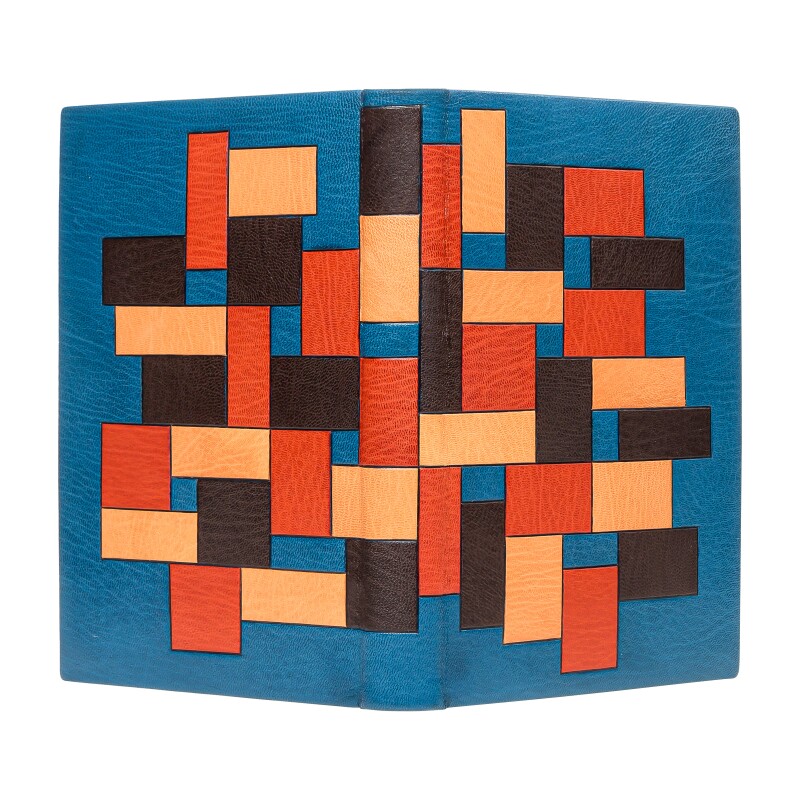 The Book of Origins: Sacred Legend of the Huron People

A beautiful award-winning, finely bound copy of Ricard's The Book of Origins.

The binding was selected for inclusion in Le Livre des Origines/The Book of Origins exhibition which opened at Bibliothèque Gabrielle-Roy, Quebec City, in September of 2005 and traveled to the Grande Bibliothèque of Montreal and the National Museum of Natural History, Paris, France.

A copy of both catalogues will accompany the book along with Scott Kellar’s signed artist statement for “The Book of Origins.”

The Book of Origins: Sacred Legend of the Huron People tells the creation story of the Huron people in French and English, through expressive typography and original lithographs. The Huron creation myth was collected in 1940s by ethnologist Marius Barbeau and the text was authored by André Ricard. The text includes the French side by side with an English translation. The graphic design is by Jean Michaud and Stéphane Vallée and the book features five color lithographs by Carmelle Martineau.

Artist Statement: The Huron People used stories and characters to piece together their understanding of their past and ultimate origins. My blue cover references the heavens and water out of which the stories spring and relate to one another. The book is very elemental and symbolic. A theme that seems to permeate the stories is an attempt to see order and causality in the created world. I have taken earth-tone shapes and arranged them in a pattern overlaying the blue void.