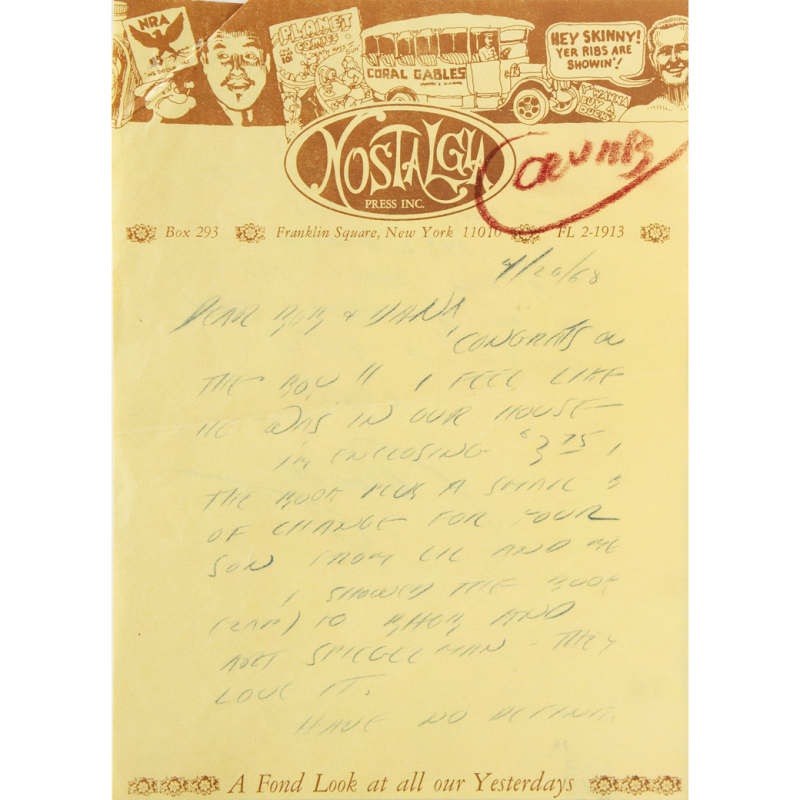 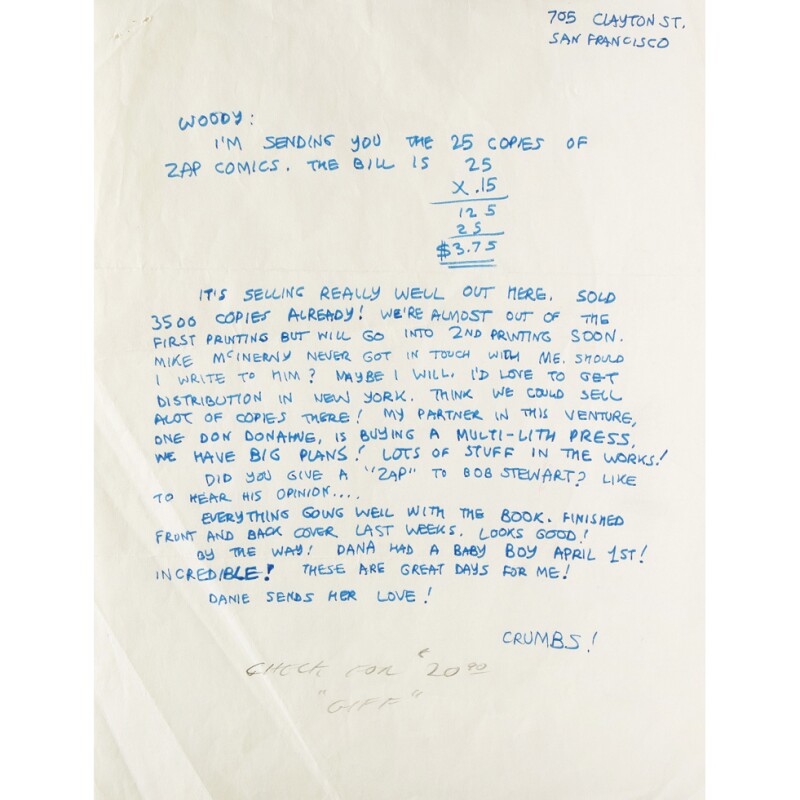 Crumb's letter to publisher Woody Gelman of Nostalgia Press, Inc. reads: "I'm sending you the 25 copies of Zap Comics. The bill is 25 x .15 / 125 / 25 / $3.75 / It's selling really well out here. Sold 3500 copies already! We're almost out of the first printing but will go into 2nd printing soon. Mike McInerny never got in touch with me. Should I write to him? Maybe I will. I'd love to get distribution in New York. Think we could sell a lot of copies there! My partner in this venture, one Don Donahue, is buying a multi-lith press. We have big plans! Lots of stuff in the works! Did you give a 'Zap' to Bob Stewart? Like to hear his opinion... Everything going well with the book. Finished front and back cover last weeks. Looks good! By the way! Dana had a baby boy April 1st! Incredible! These are great days for me! Danie sends her love!"

Gelman's reply, in carbon copy on Nostalgia Press stationery, reads in part: "Dear Bob and Dana, Congrats on the boy!! I feel like he was in our house. I'm enclosing $3.75. The book plus a small [?] of change for your son from lil and me. I showed the book (Zap) to Bob and Art Spiegelman - They love it..."

This letter is of particular interest because it relates to the commercial release of Zap Comix, which debuted in San Francisco in 1968. Anecdotally, the first issue is said to have been sold in the streets of San Francisco out of Crumb's wife Dana's baby carriage.

Four issues of Zap were published in 1968: Zap #1, Zap #2, Zap #0 (published third) and Zap #3 (published fourth). Zap, originally an underground comic, and sometimes seen as a model for the later satirical "comix" movement of the 1960s and 1970s, featured content forbidden by the Comics Code Authority, such as sex, drug use and violence.

Old staple marks in upper left hand corner of both letters, no loss of text.