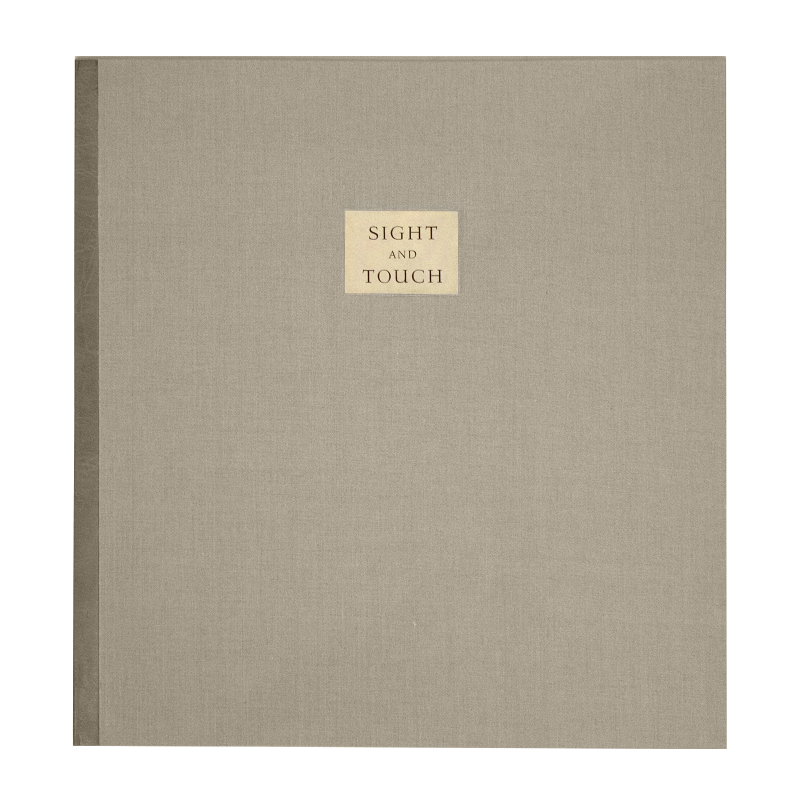 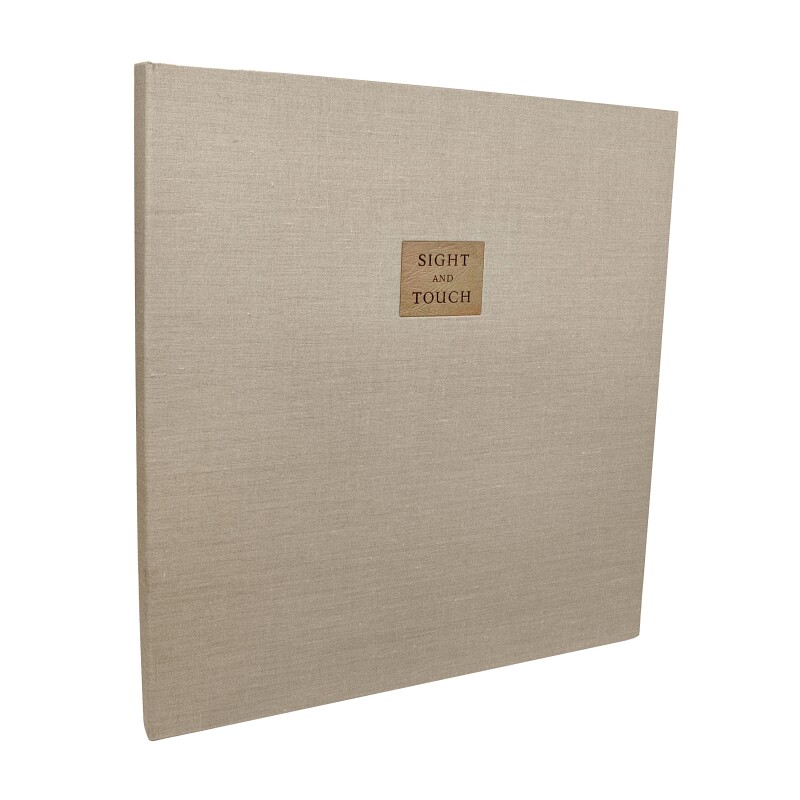 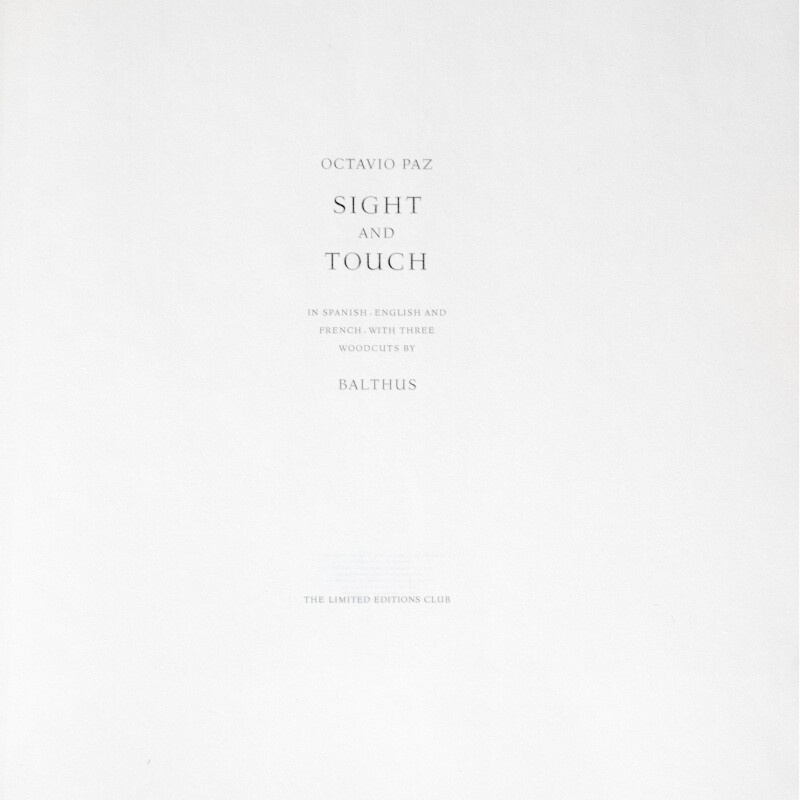 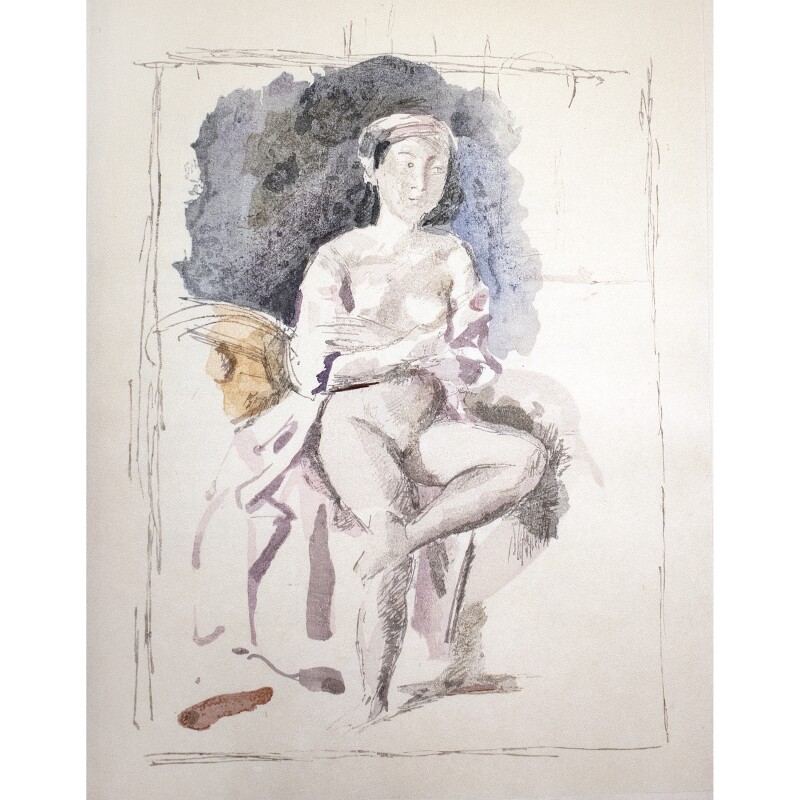 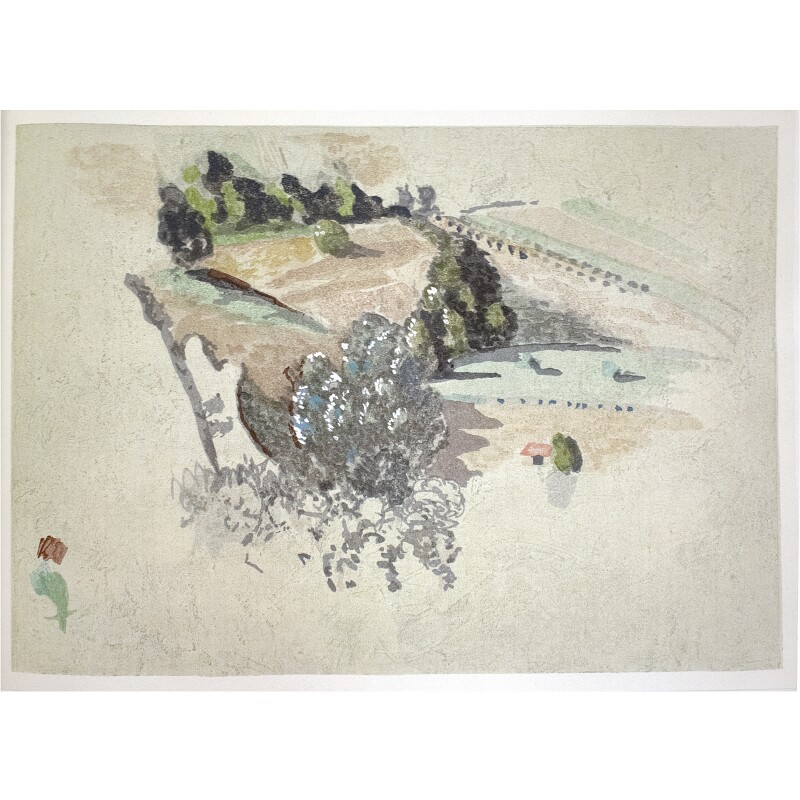 Signed limited-edition copy of Paz's Sight and Touch with woodcuts by Balthus.

"In awarding Octavio Paz the 1990 Nobel Prize for Literature, the Swedish Academy said that Paz’s work 'seems to incorporate, interpret, and reconstrue major existential questions-death, time, love, and reality.' Paz dedicated his poem Sight and Touch to his dear friend, the Franco-Polish artist Balthus. Balthus reciprocated with three illustrations for this Limited Editions Club book and prints. The poem is about light, 'a wavering river that sketches its doubts and turns them to certainties.' Writes Paz, 'Light is time thinking about itself.' The poem is presented in the original Spanish, in English and in French" (Publisher).