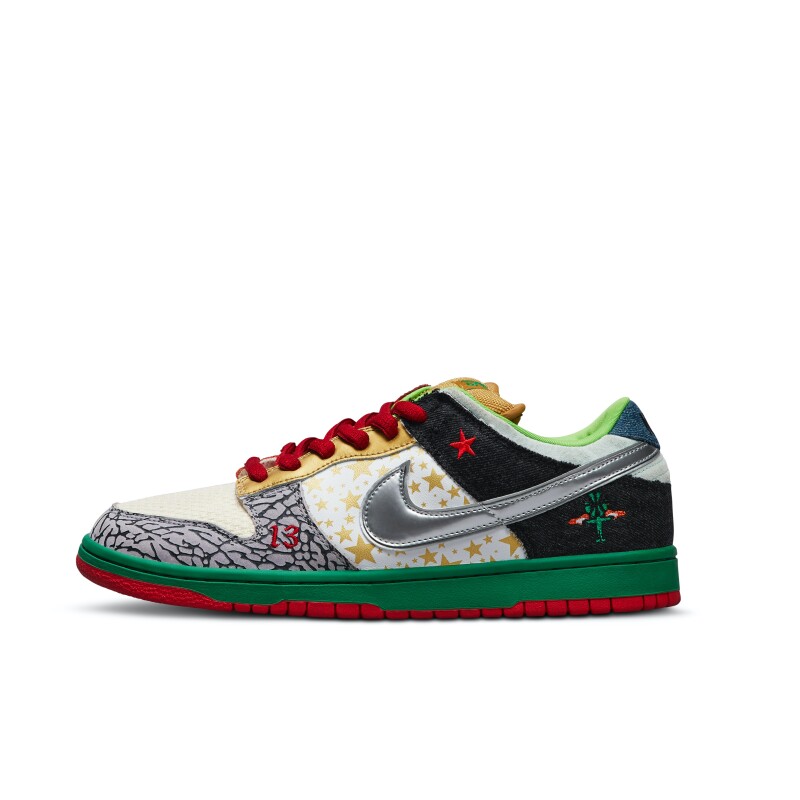 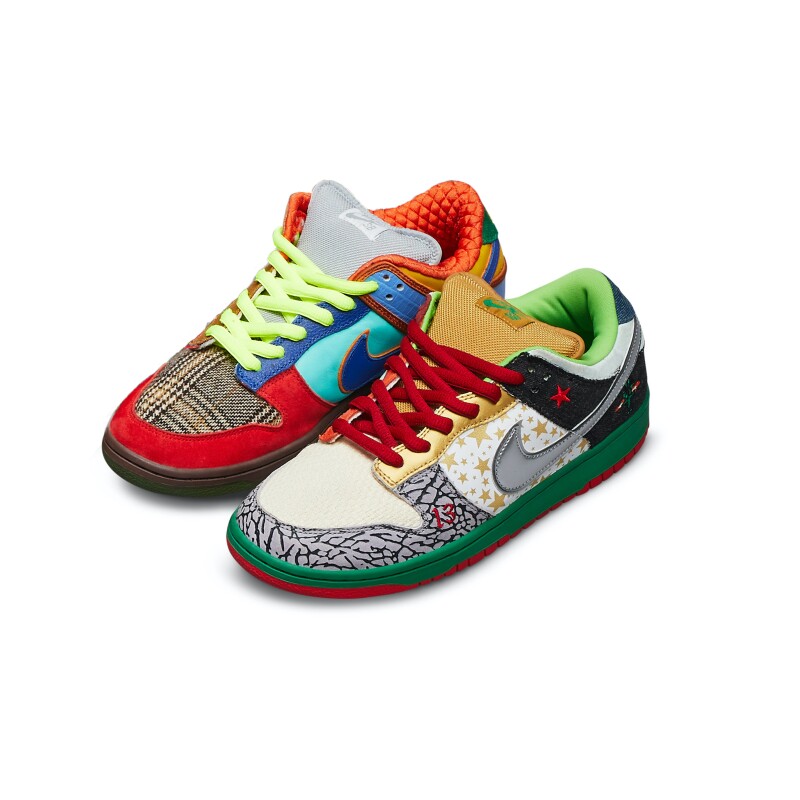 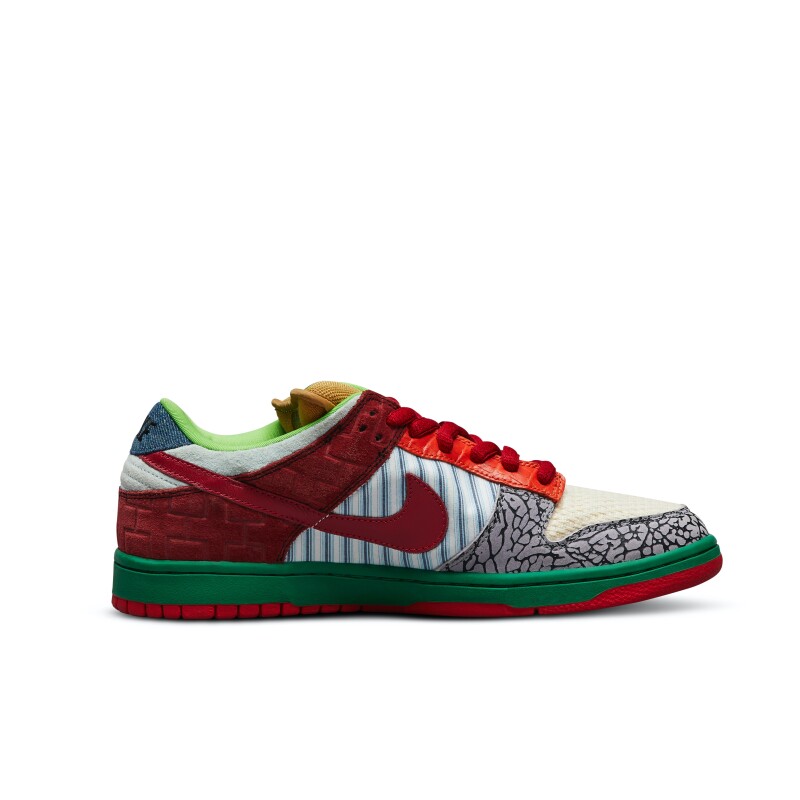 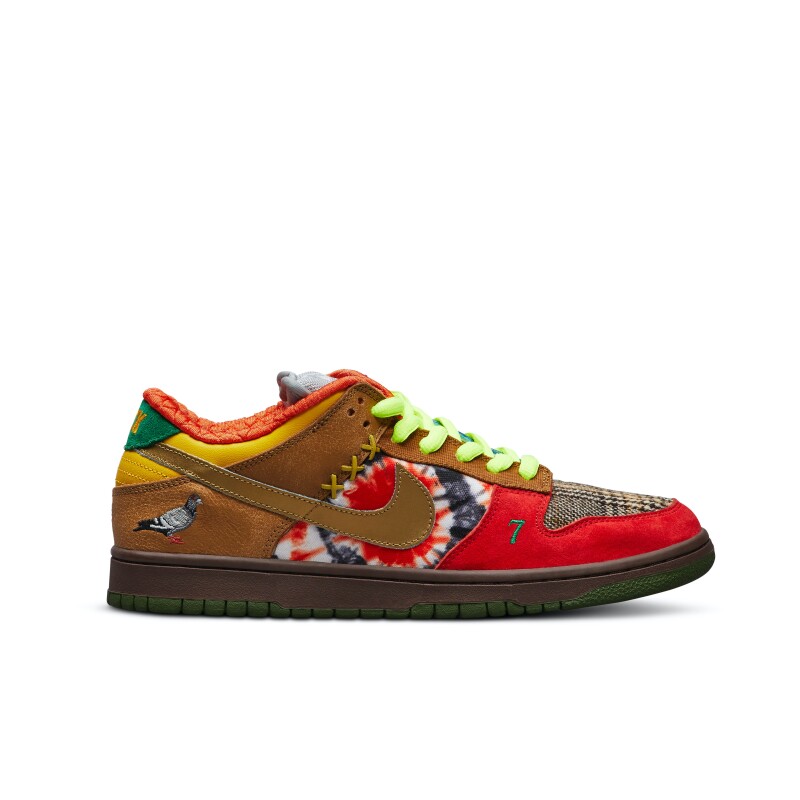 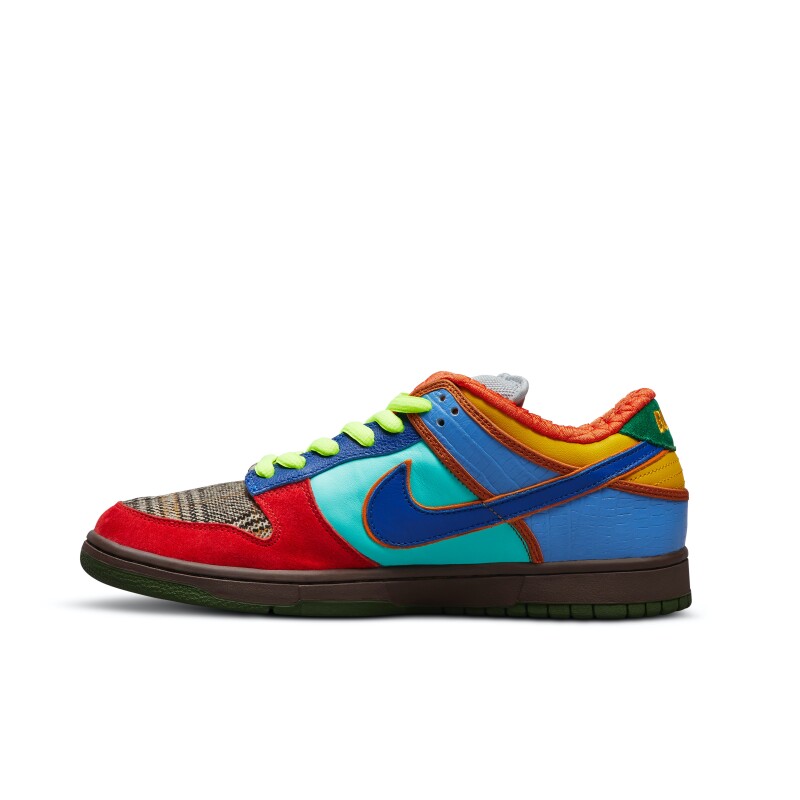 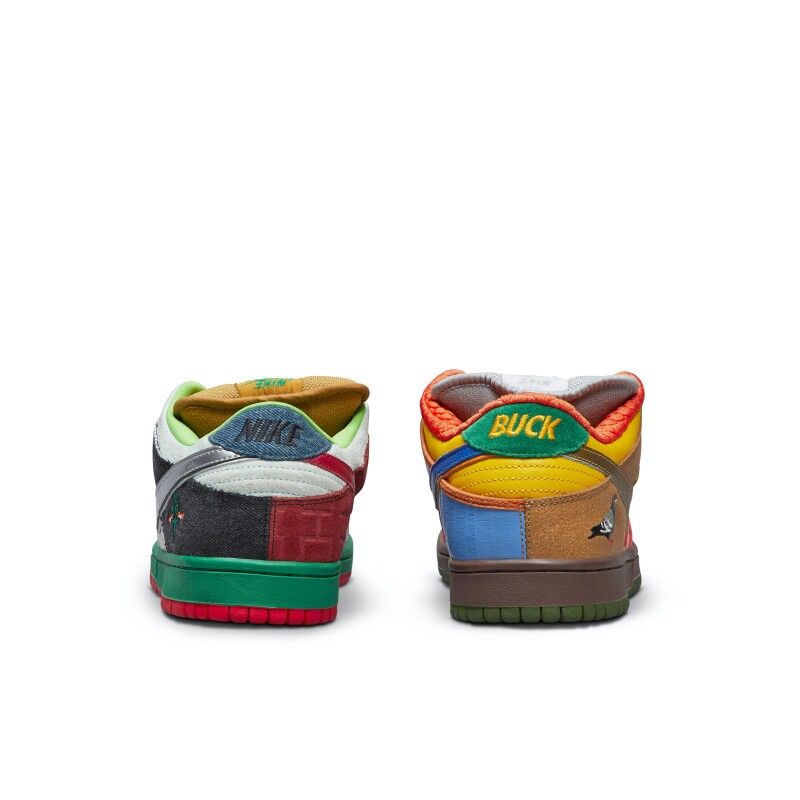 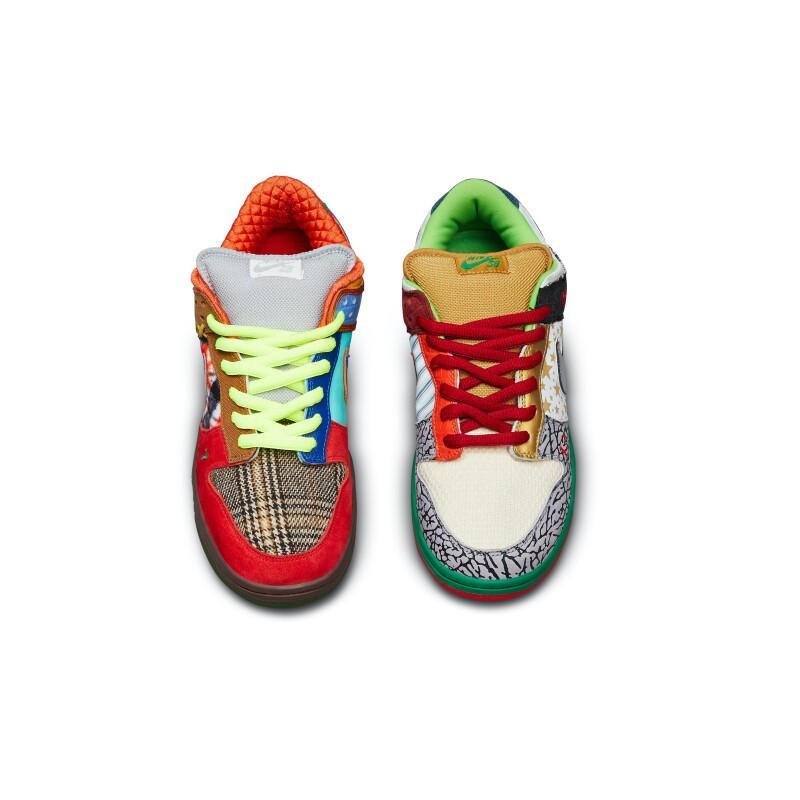 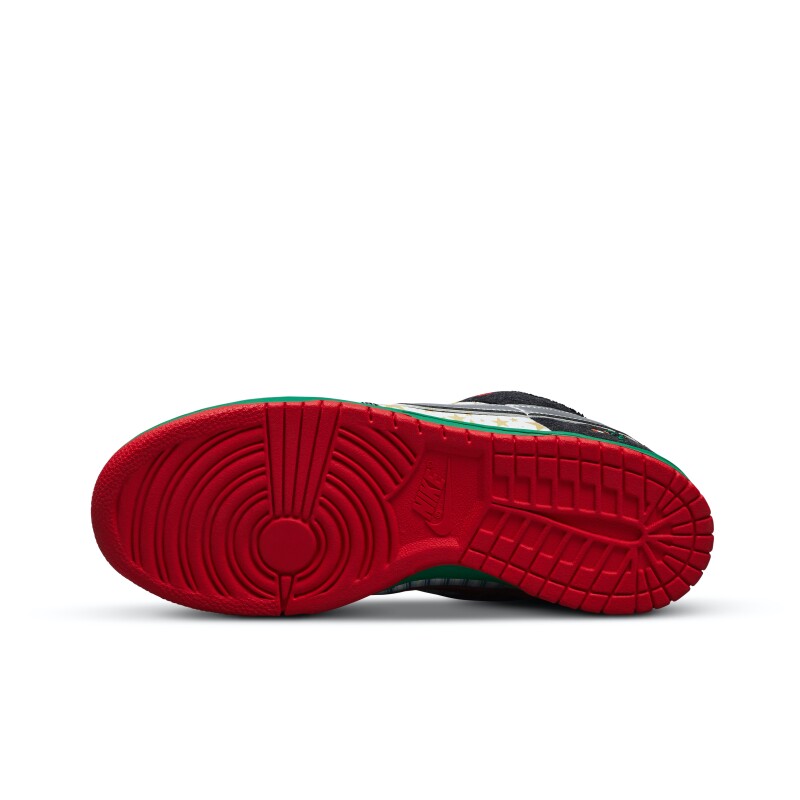 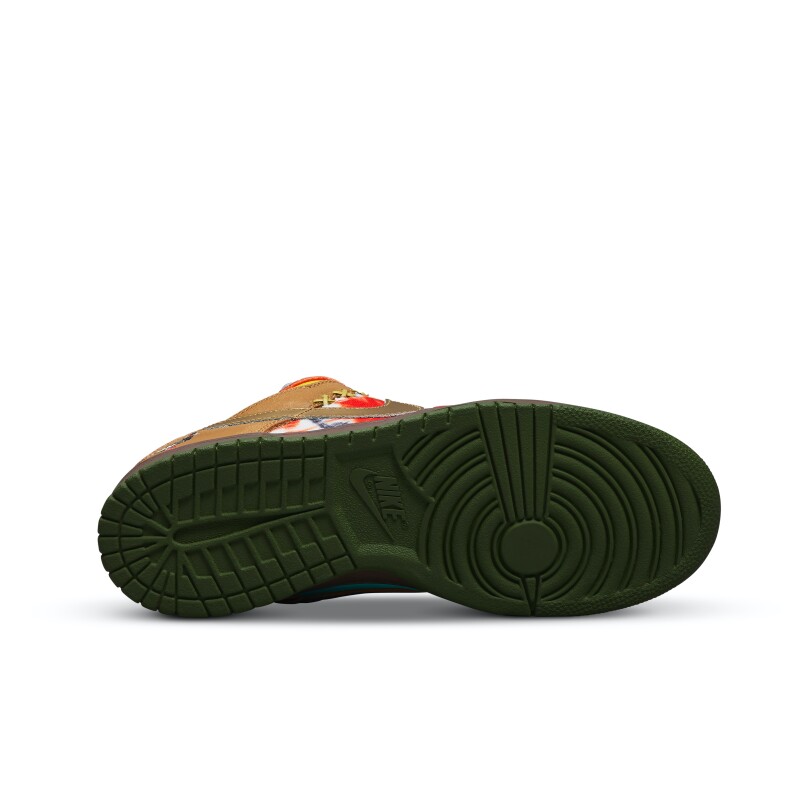 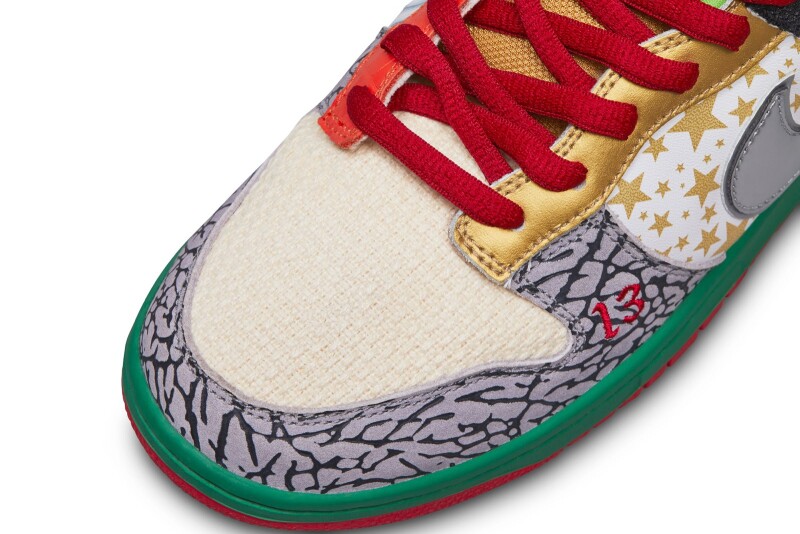 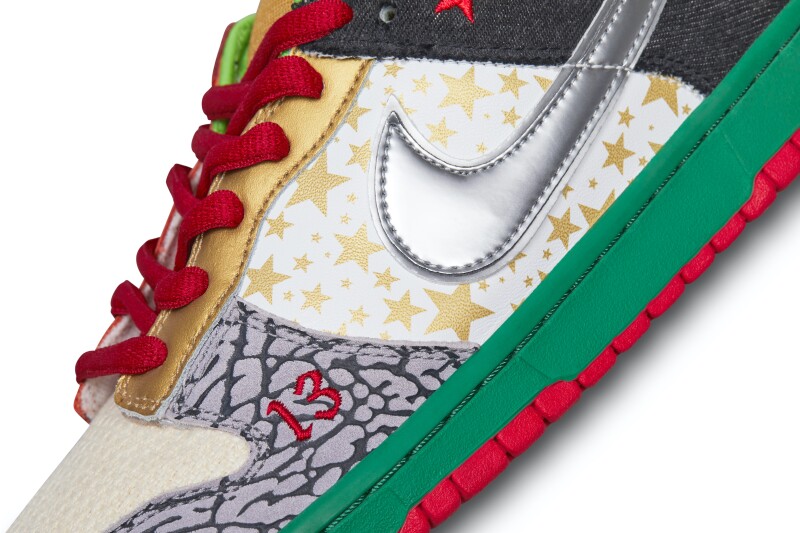 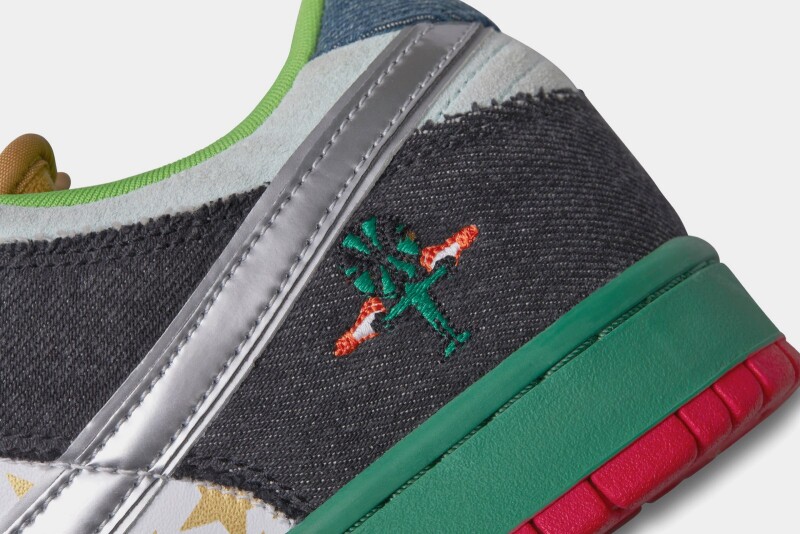 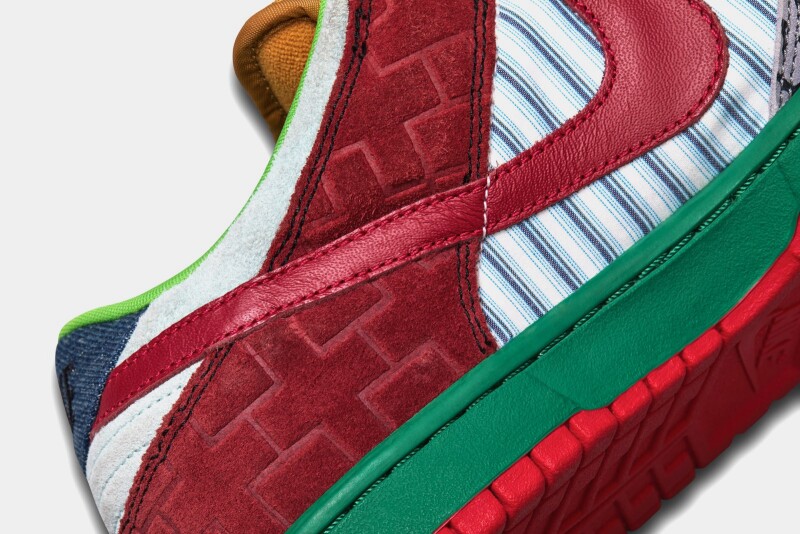 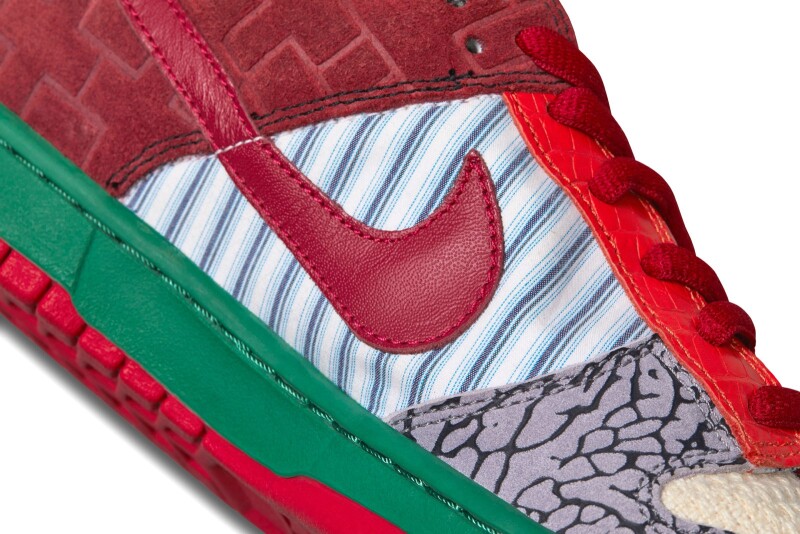 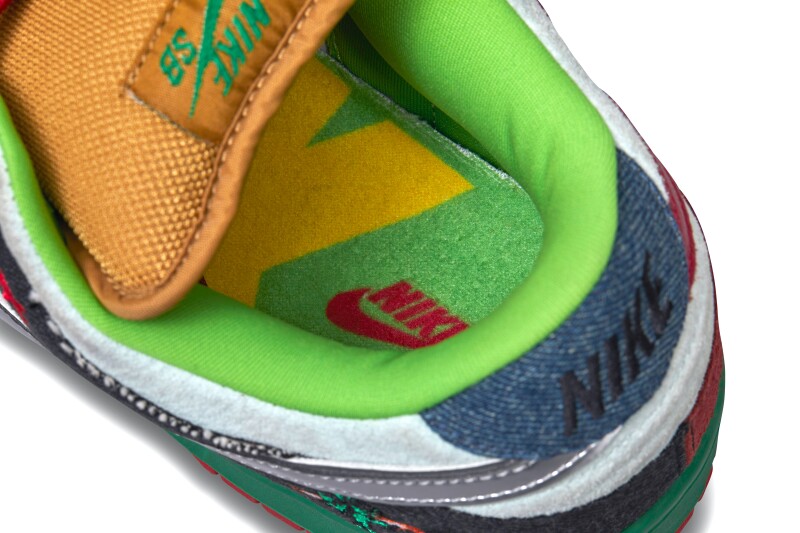 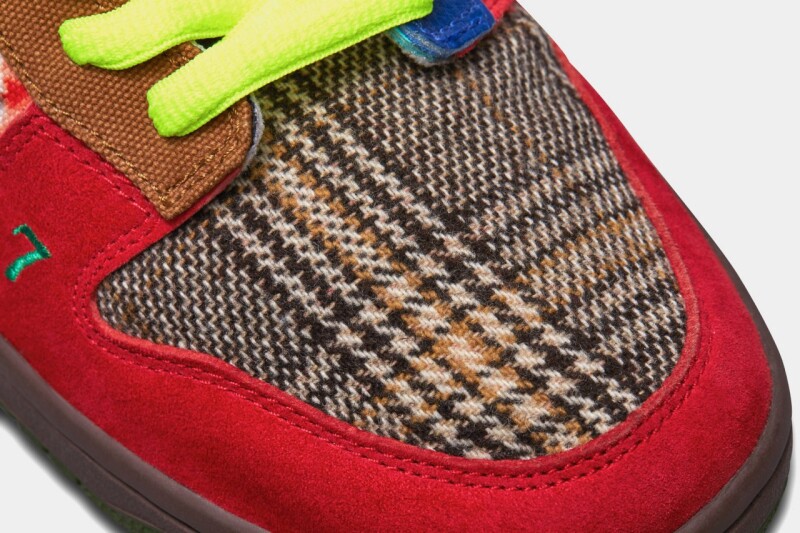 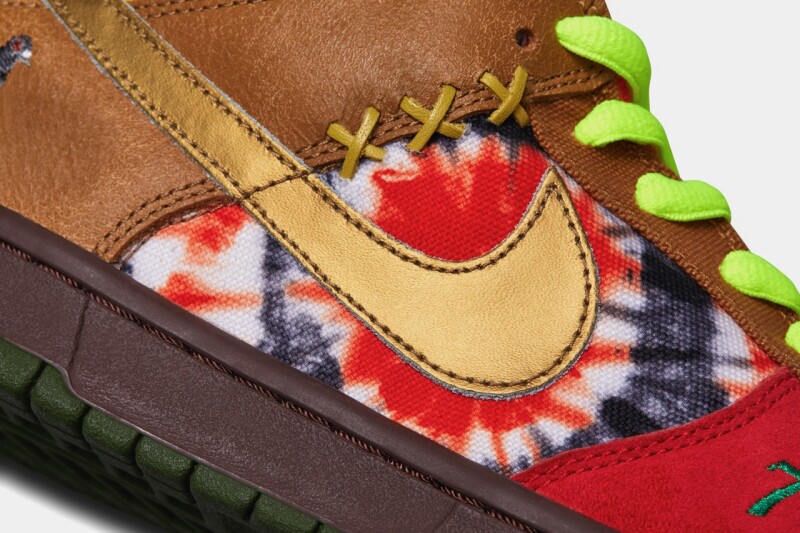 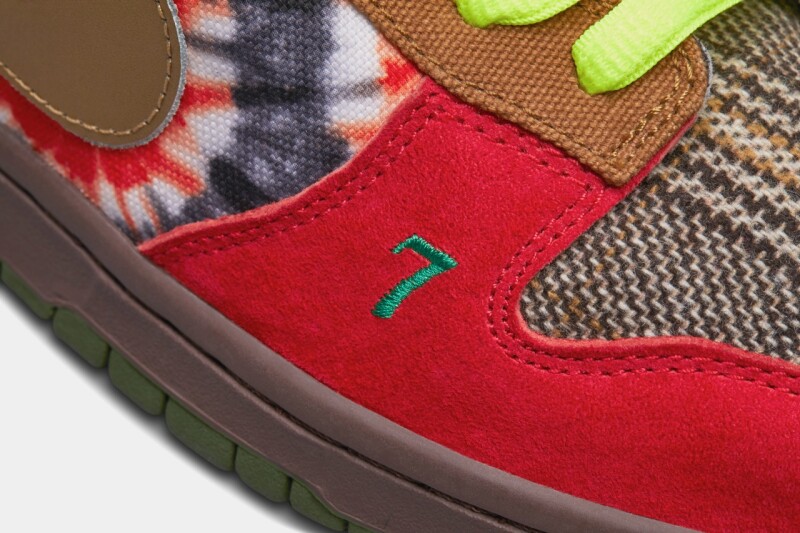 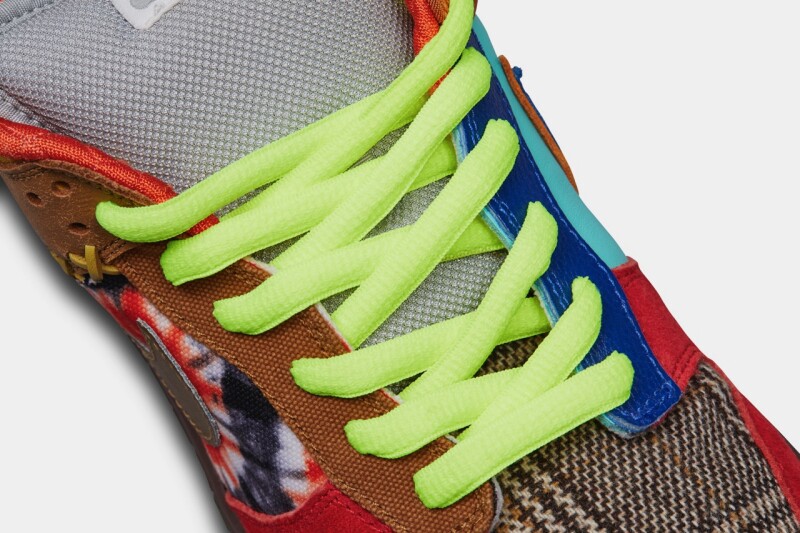 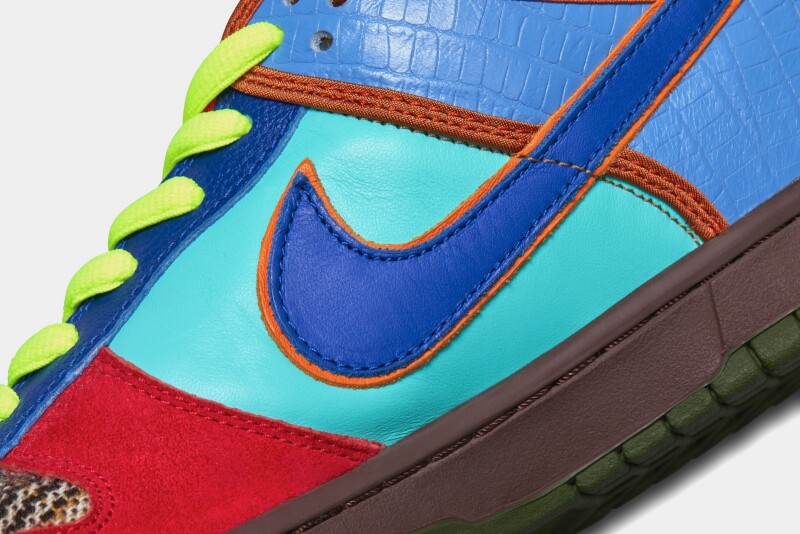 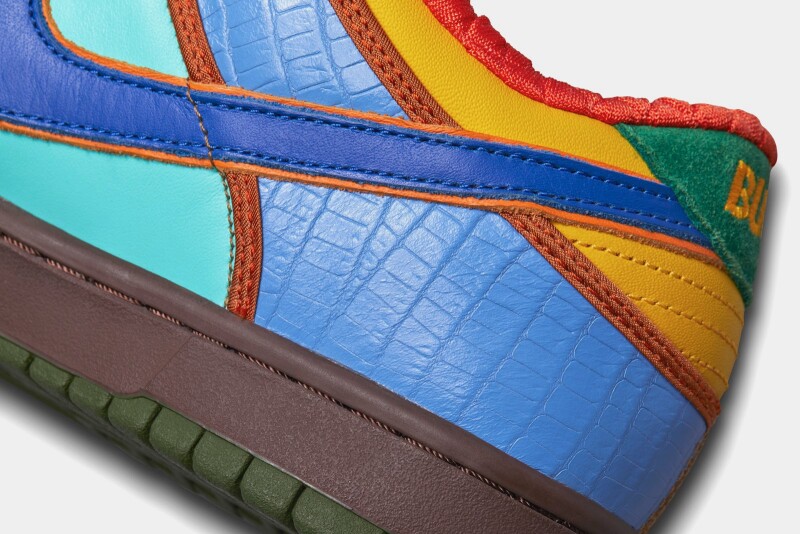 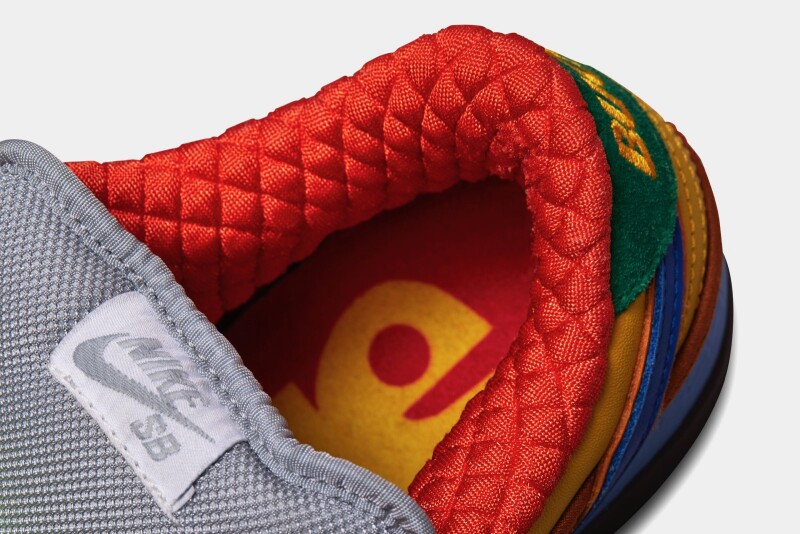 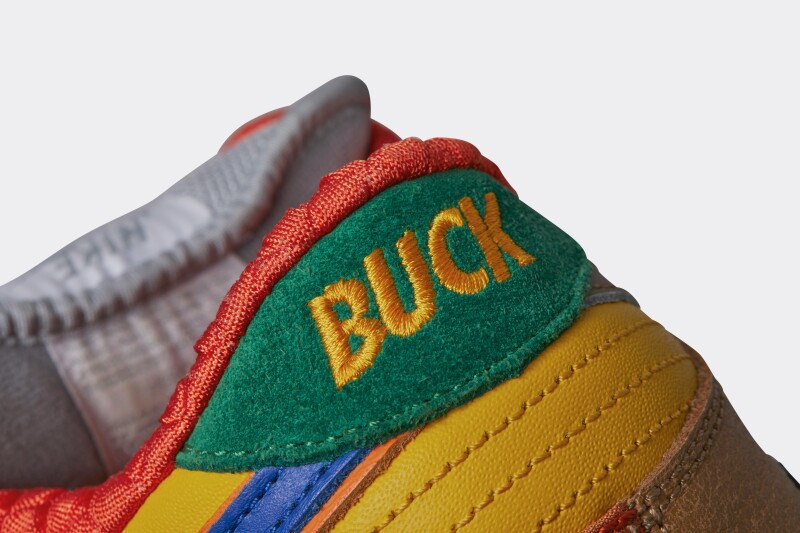 Designed by James Arizumi, the ‘What the Dunk’ is one of the most coveted models of sneakers that Nike ever released. The work itself was created from 31 separate Nike SB Dunks, with a design goal to be the “Dunk to end all Dunks.” Nike claims the creation of the What the Dunk was “painstaking, meticulous, and ridiculous on purpose.”

Some notable elements include an embroidered pigeon incorporated from the Pigeon SB Dunk, and neon ‘Jedi’ laces, a nod to the Jedi Dunk. The sneakers also include elements of the Paris SB Dunks, London SB Dunks and Tweed SB dunks. The neon green lining of the left shoe was included on the extremely limited 'eBay Dunk,’ a style that was never released to the public.

Originally released in 1985 for basketball, Dunks popularity with skateboarders led to the launch of the SB line in 2002, featuring additional padding and Zoom air soles.