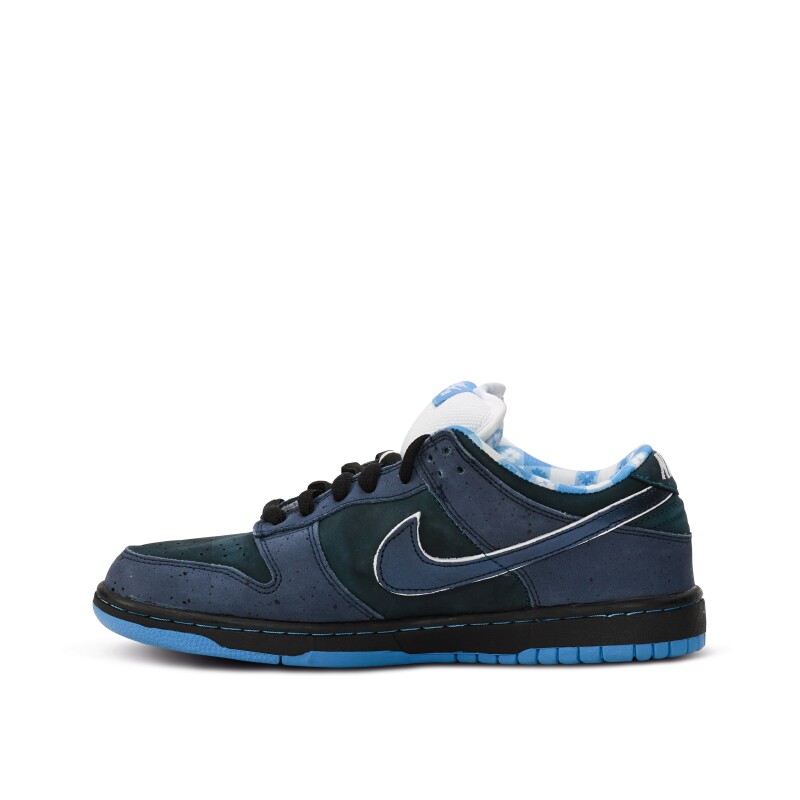 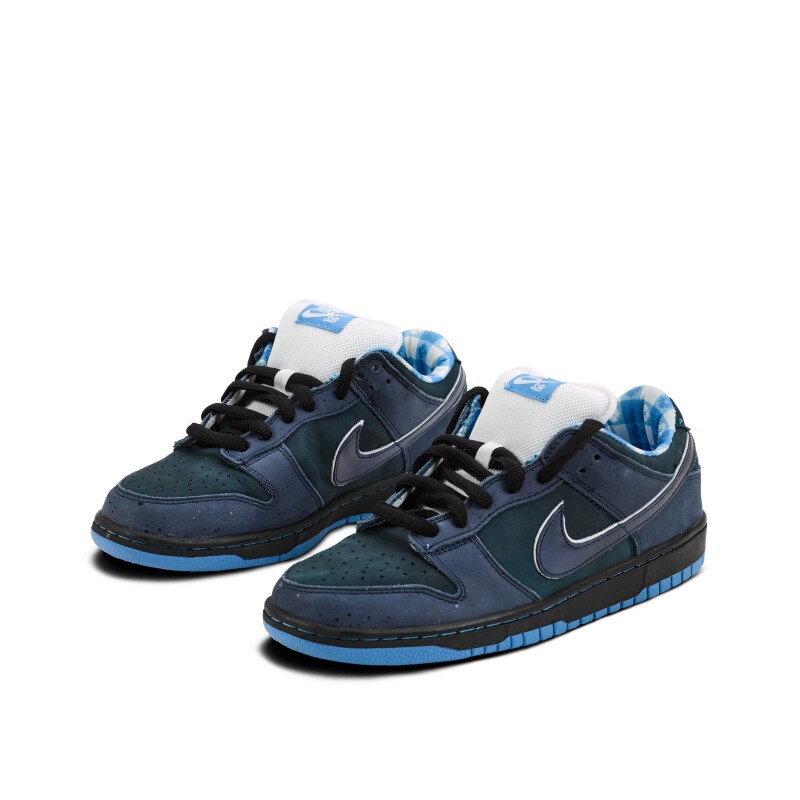 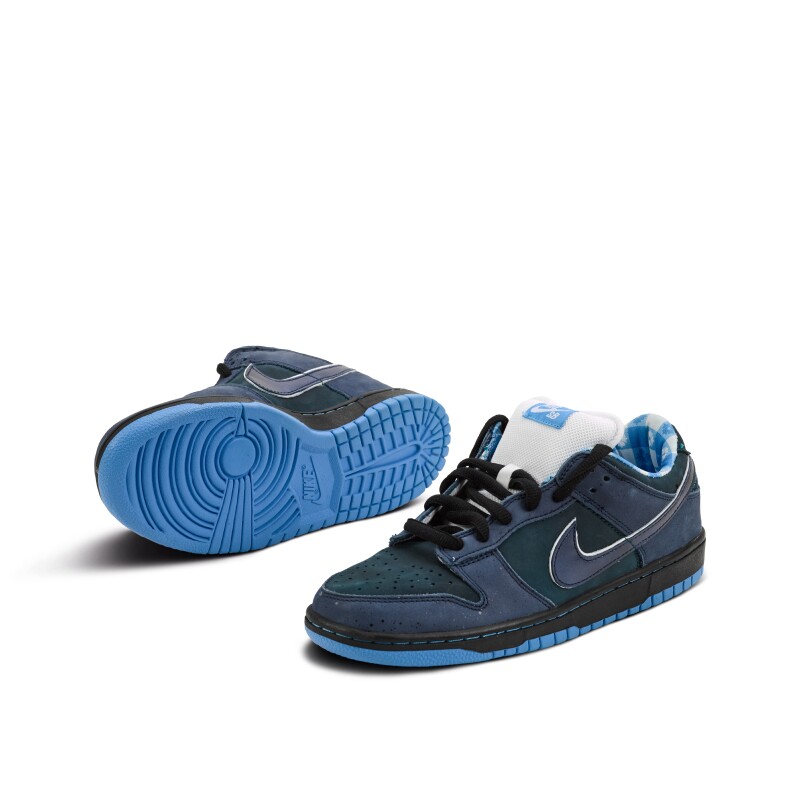 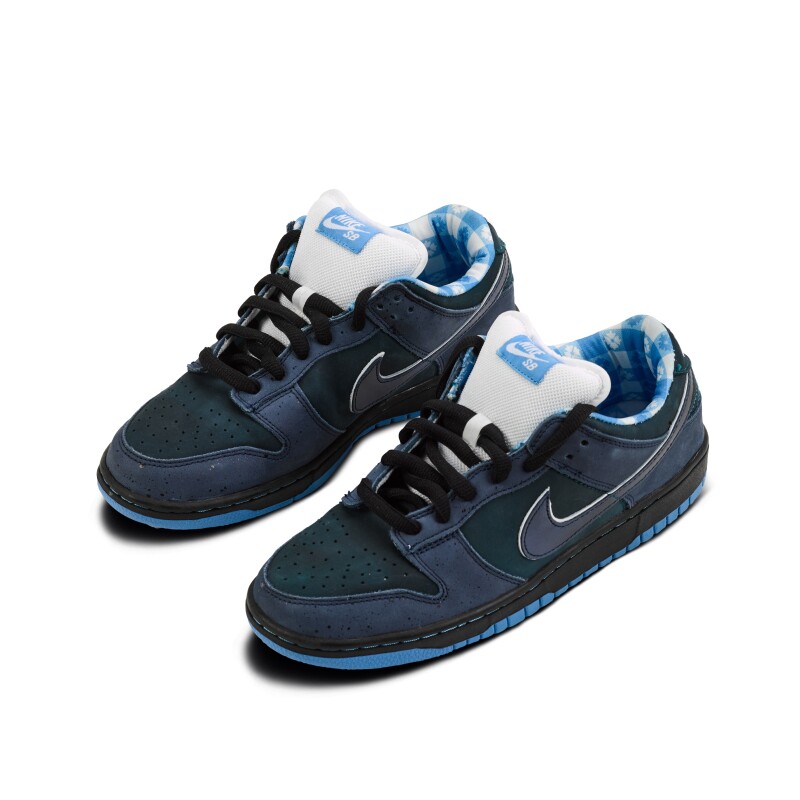 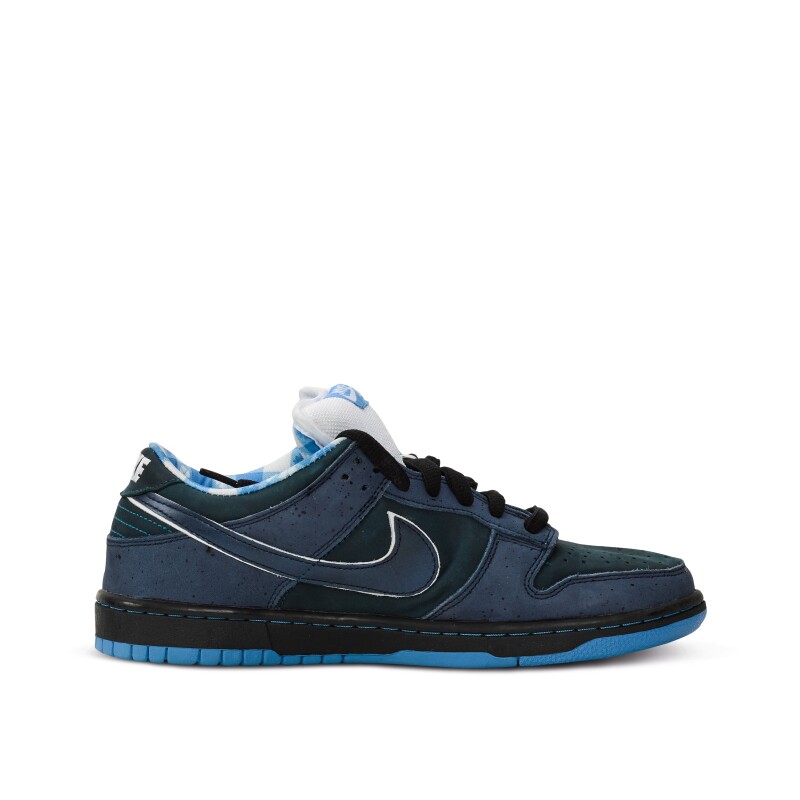 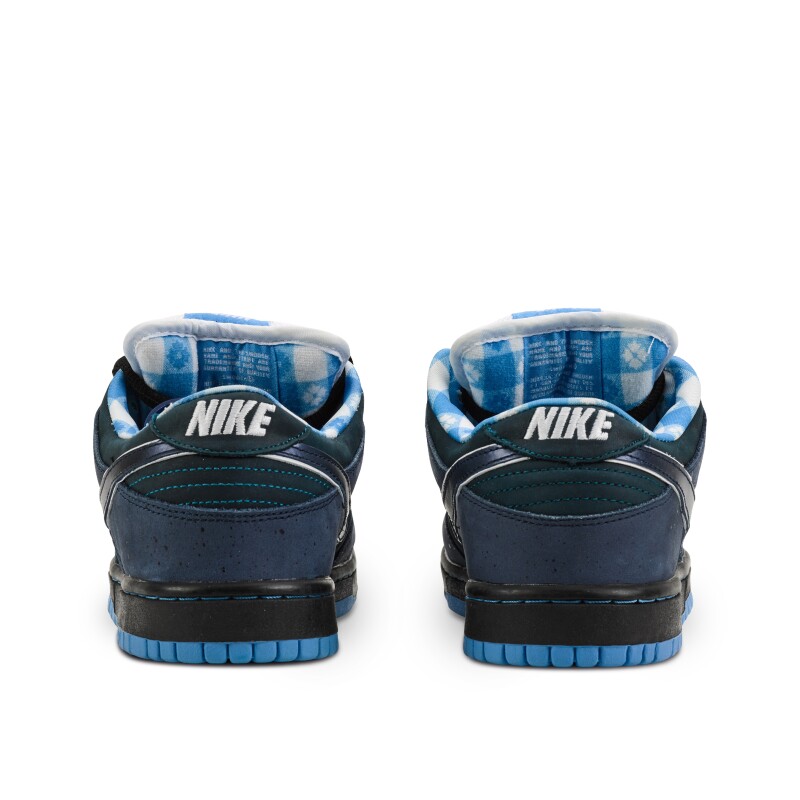 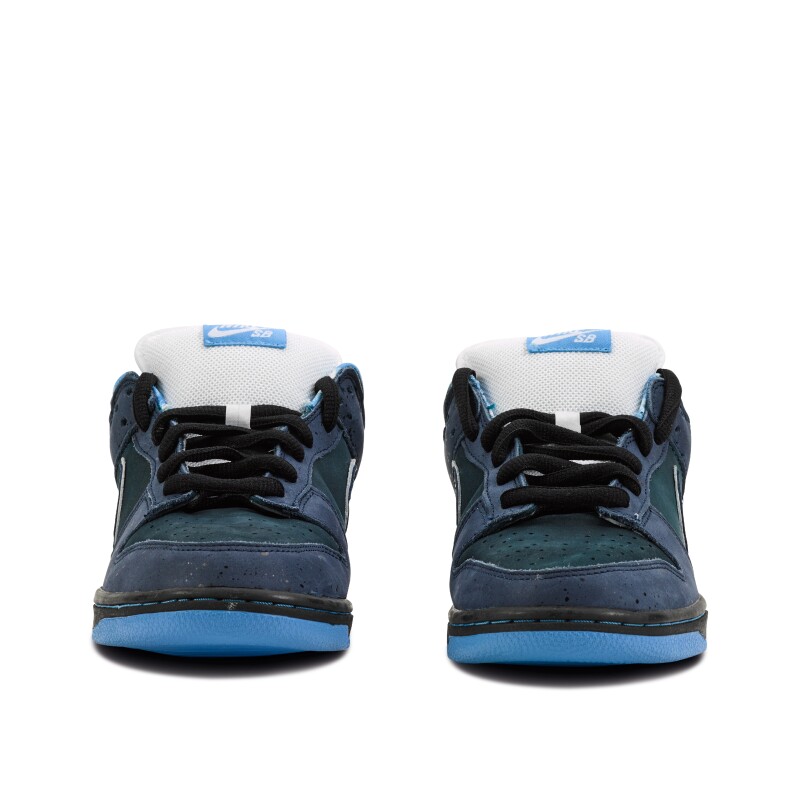 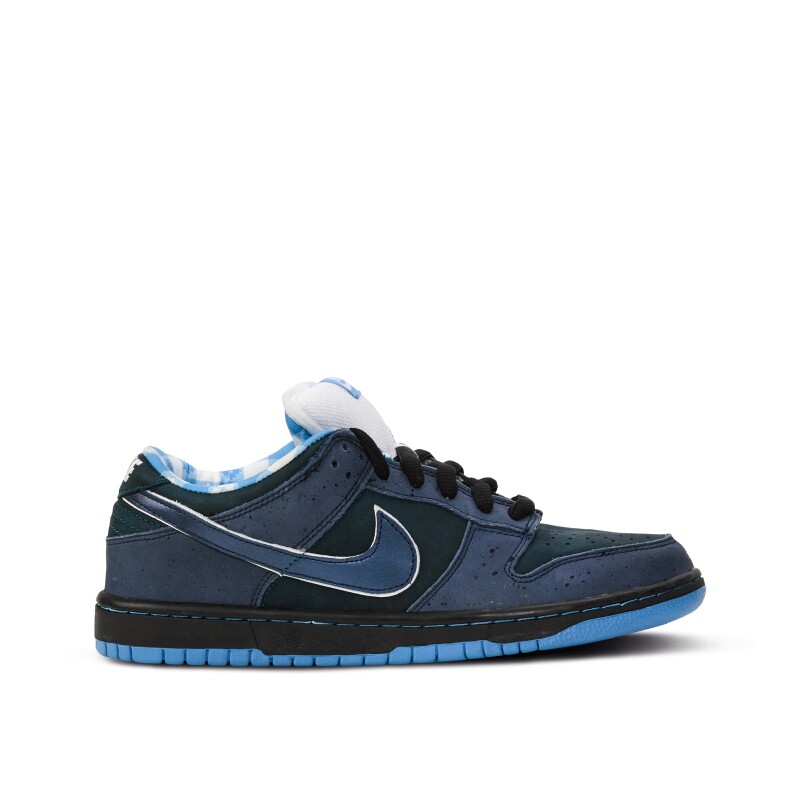 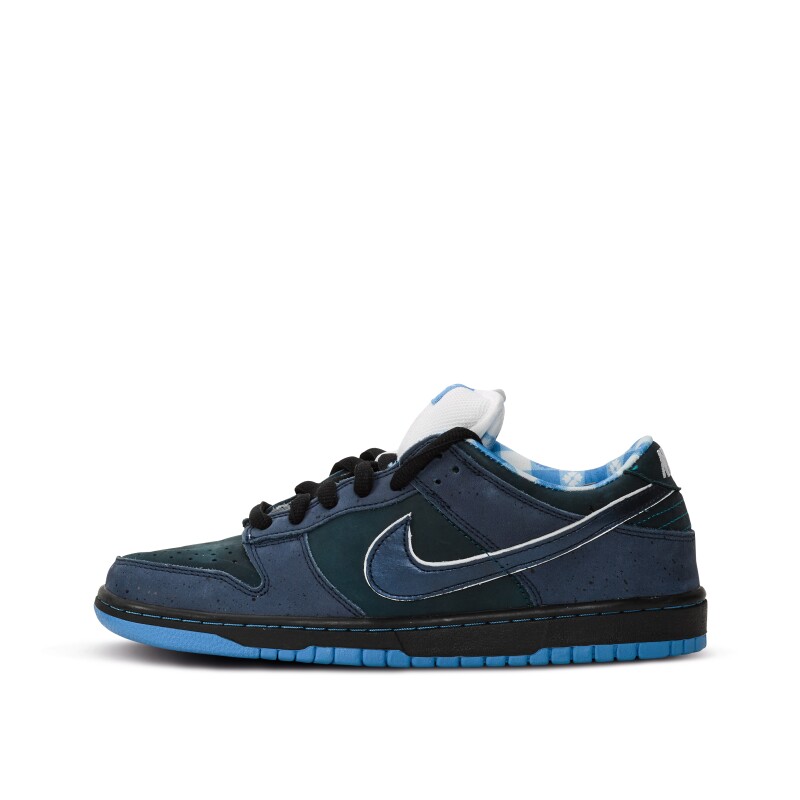 The SB Dunk Low Premium 'Blue Lobster' was designed by Nike in collaboration with New England streetwear retailer Concepts. With a colorway inspired by the crustacean of the same name, the ‘Blue Lobster’ is designed in multiple shades of blue. Also included are two blue rubber bands, which originally would have been wrapped around the forefront of the shoe, in a nod to the traditional method of securing lobster claws.

Box has signs of damage including discoloration, tearing, and creasing.