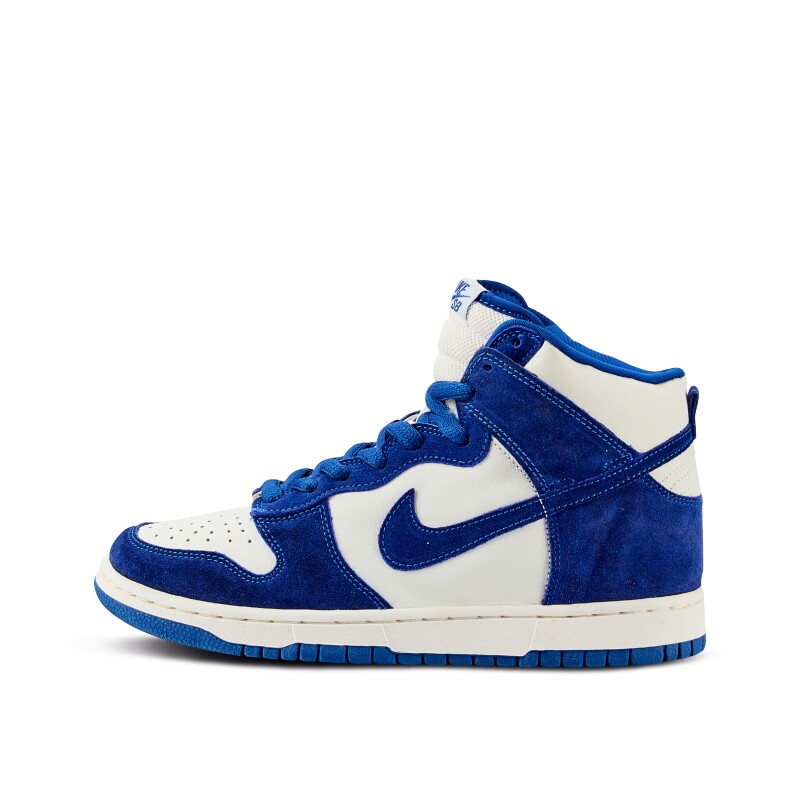 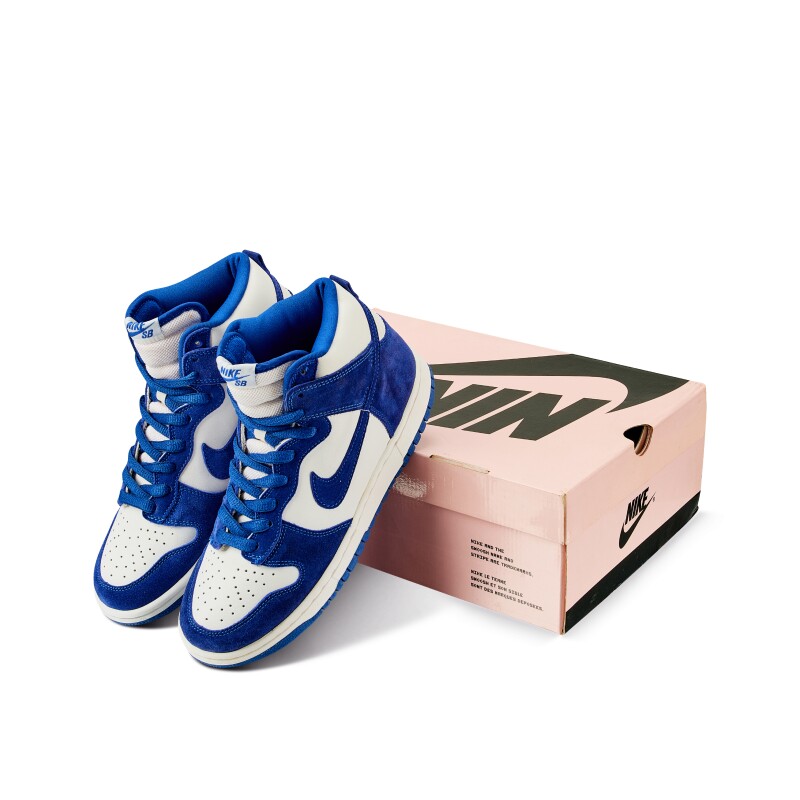 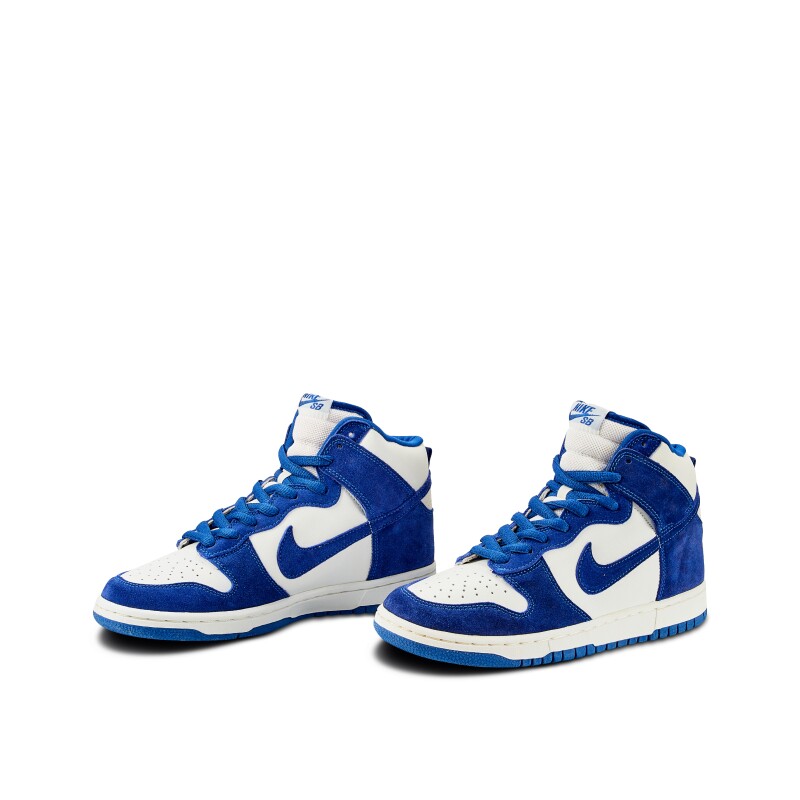 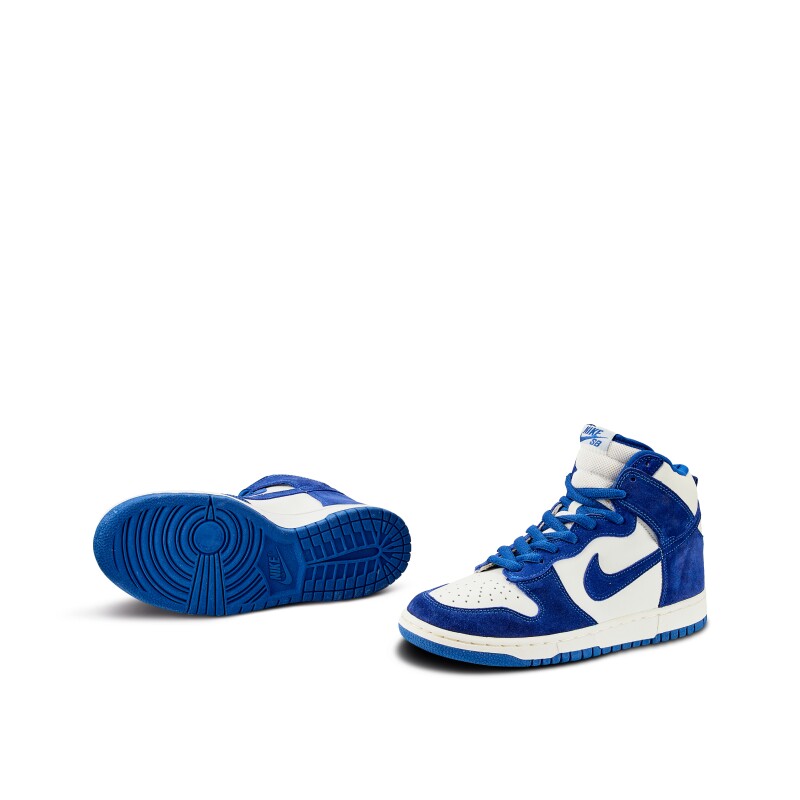 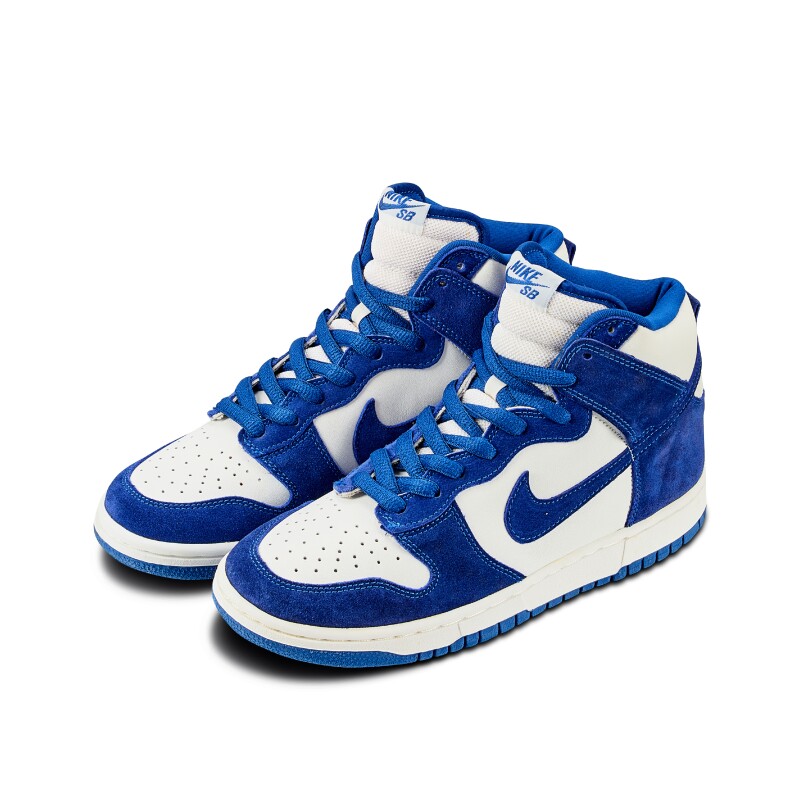 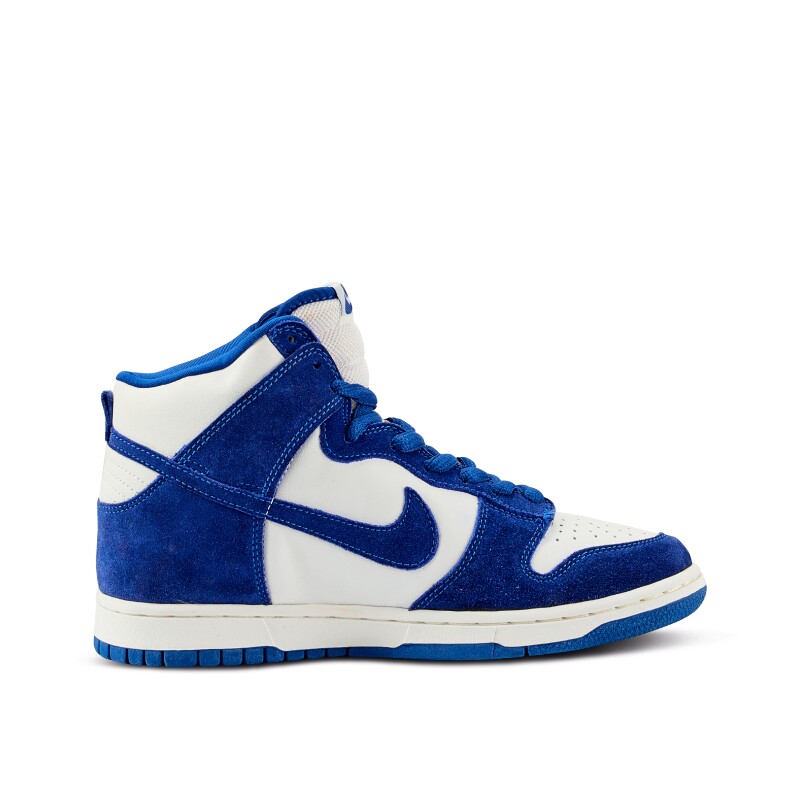 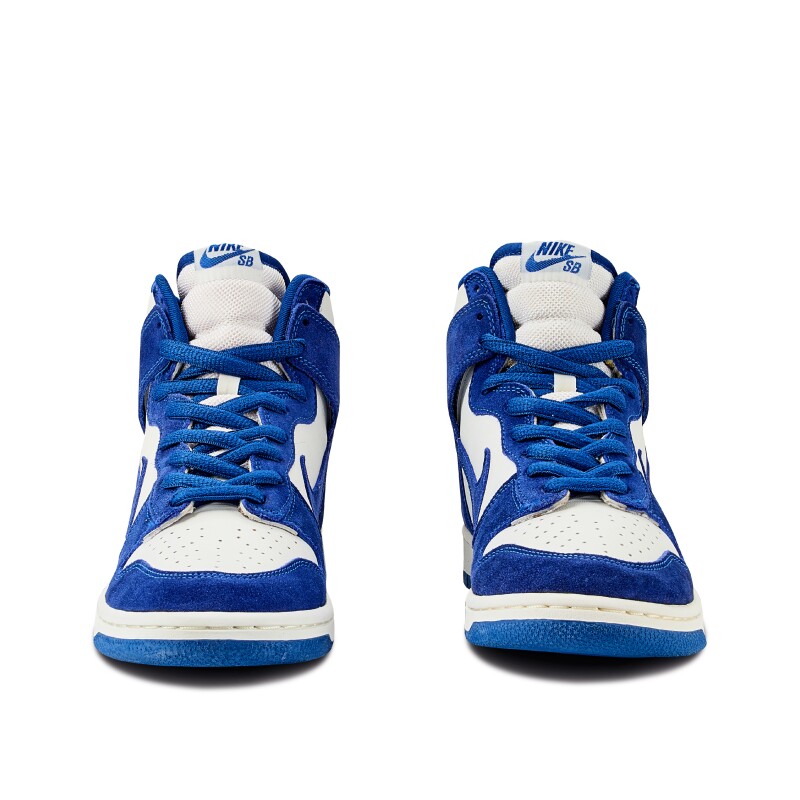 In 2005, Nike SB paid homage to the 20th anniversary of the Nike Dunk by releasing the seven original colorways from the Be True To Your School series. The SB rendition featured a suede upper rather than the original leather, and each pair was accompanied with a special-edition hangtag. As part of the series, the Nike SB Dunk High Pro "Kentucky" pays homage to the Kentucky Wildcats with its two-tone colorway in blue and white. The upper consists of a white leather with blue suede overlays and Swoosh. The pair sits atop a white midsole and blue outsole.