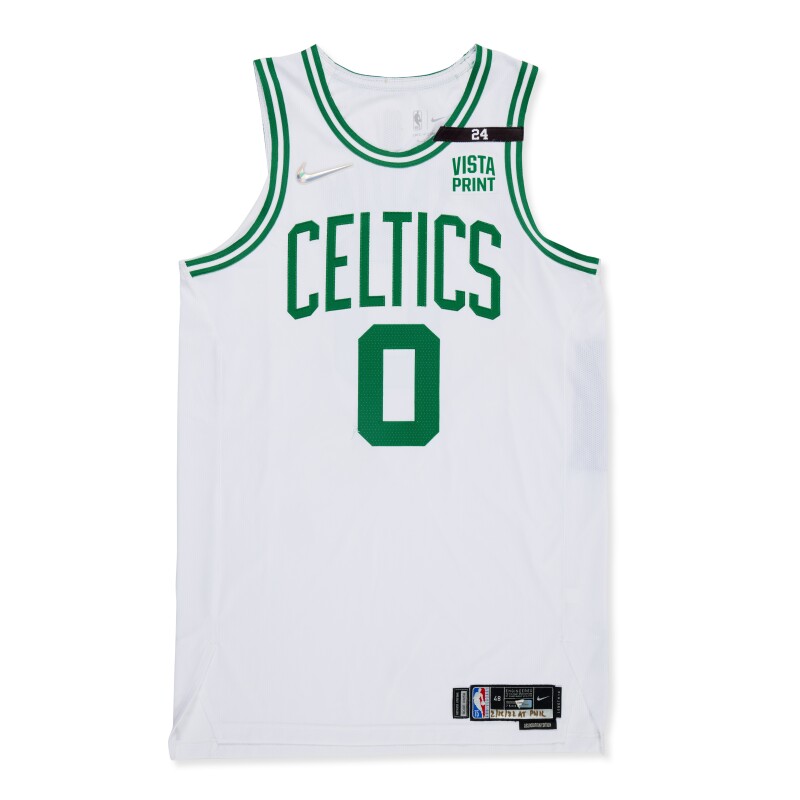 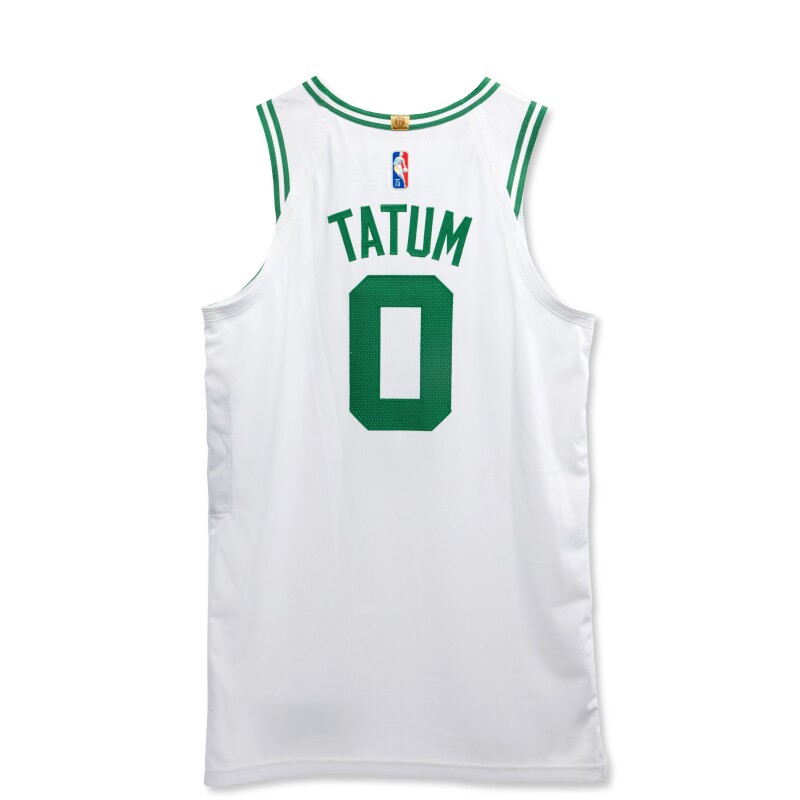 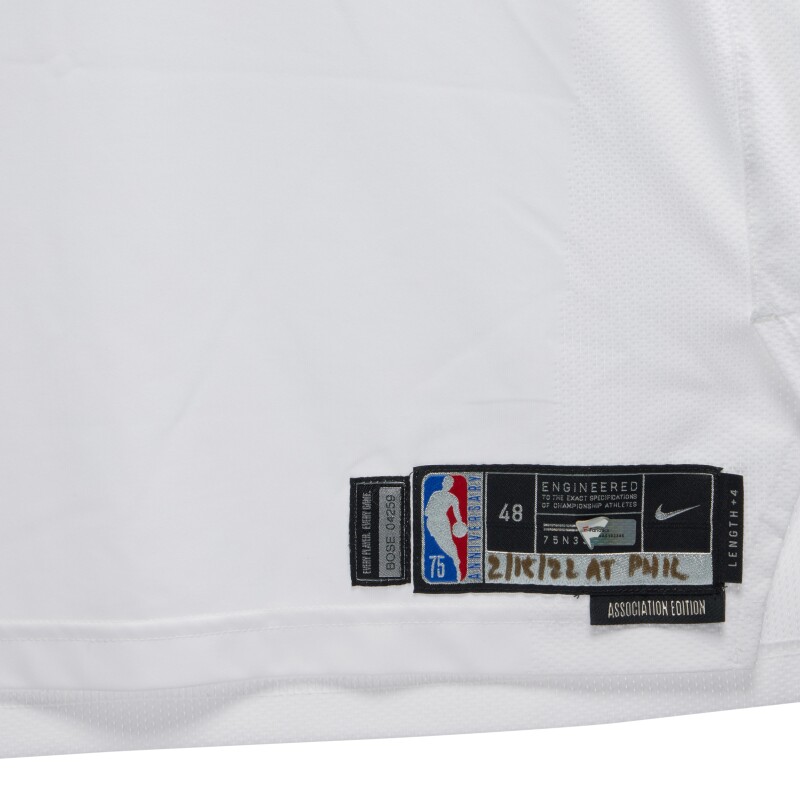 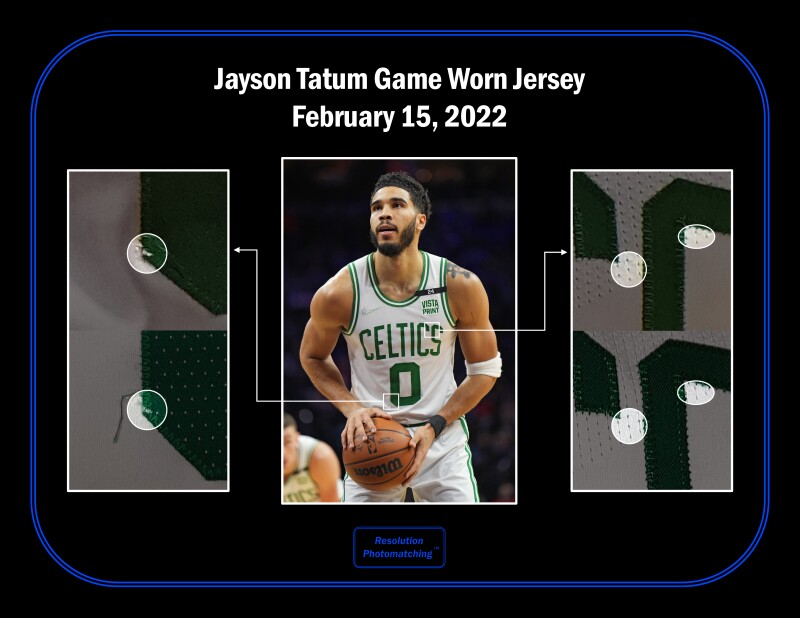 On January 17, the Celtics defeated the New Orleans Pelicans 104–92. Tatum scored a game-high 27 points to go along with 8 rebounds and 3 assists.

On January 21, the Celtics fell 109–105 to the Portland Trail Blazers. Tatum scored dropped a team-high 27 points and added 10 rebounds and 7 assists in the loss.

Between the four aforementioned games, Tatum scored 101 total points, grabbed 36 rebounds and added 25 assists. The fifth-year forward led the Celtics to a 51–31 regular season record and the 2nd seed in the Eastern Conference. They advanced to the NBA Finals before losing to the Golden State Warriors in six games.

The jersey is accompanied by a photomatch letter from Resolution Photomatching. An additional letter of authenticity from Fanatics, which only references the February 15, 2022 game, is also included.

Condition consistent with game use.