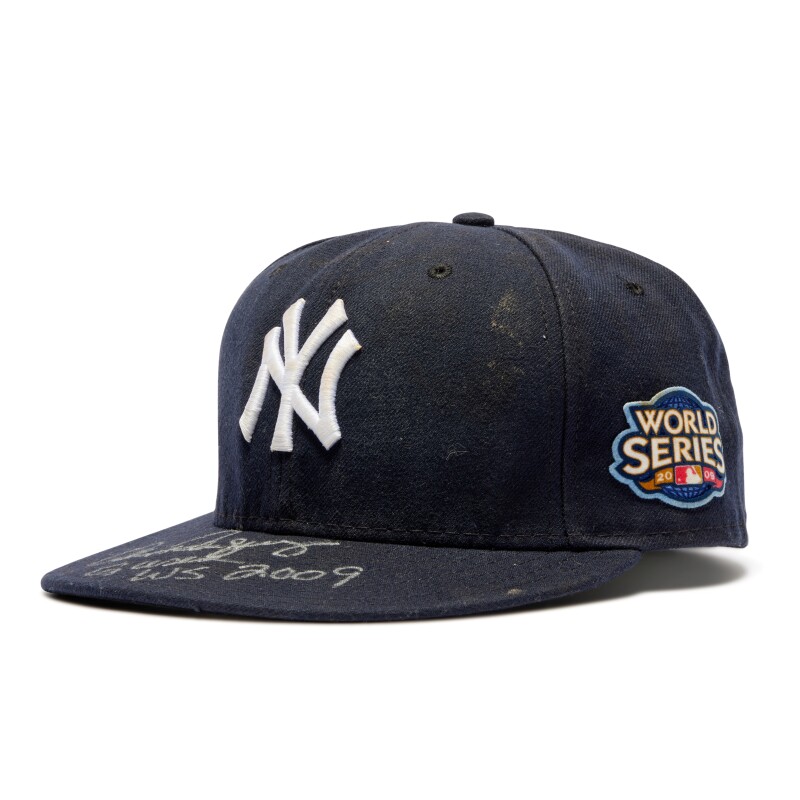 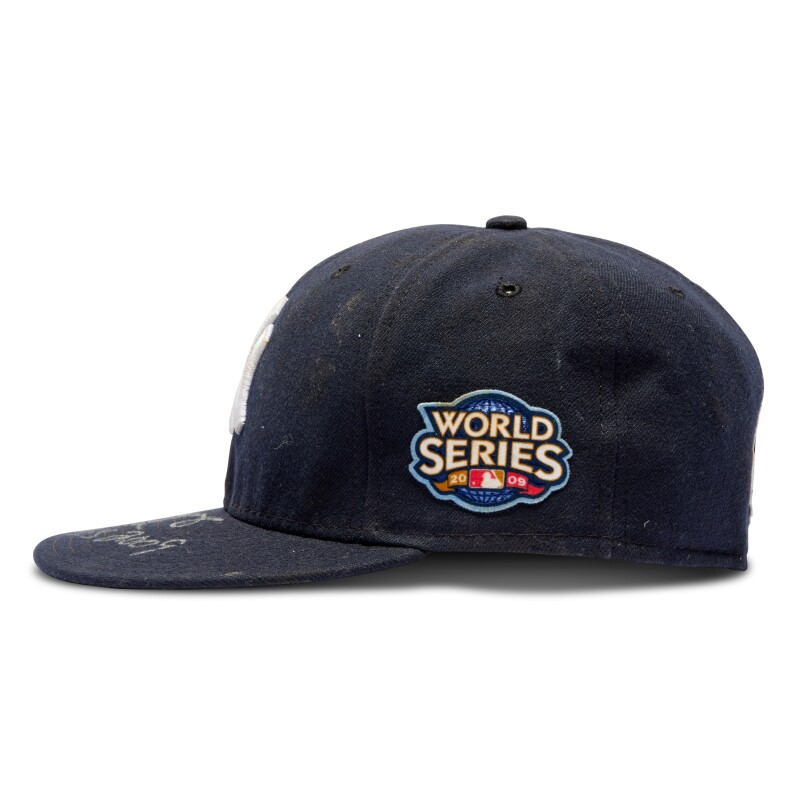 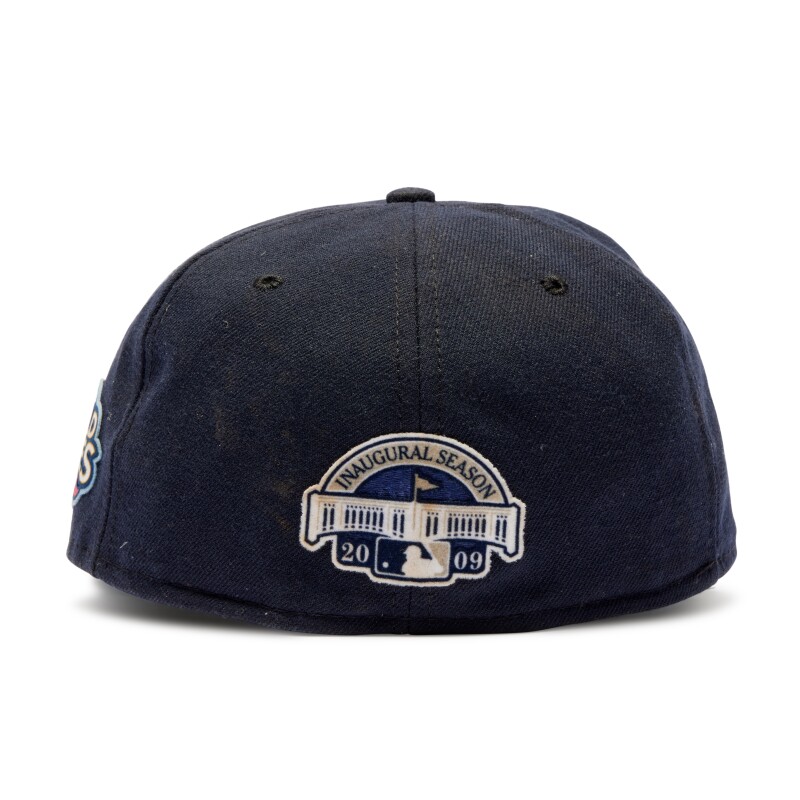 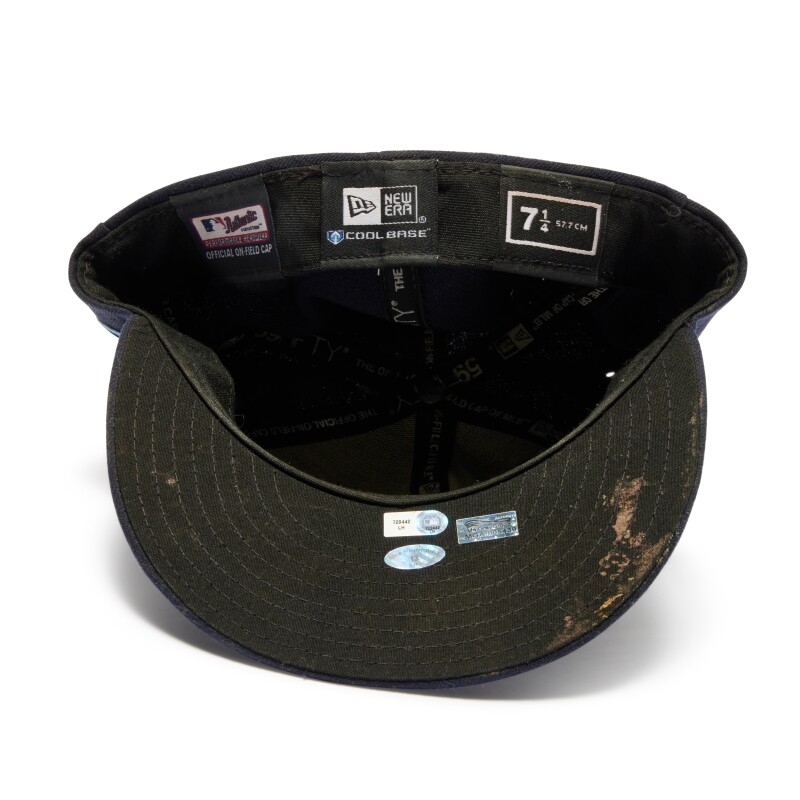 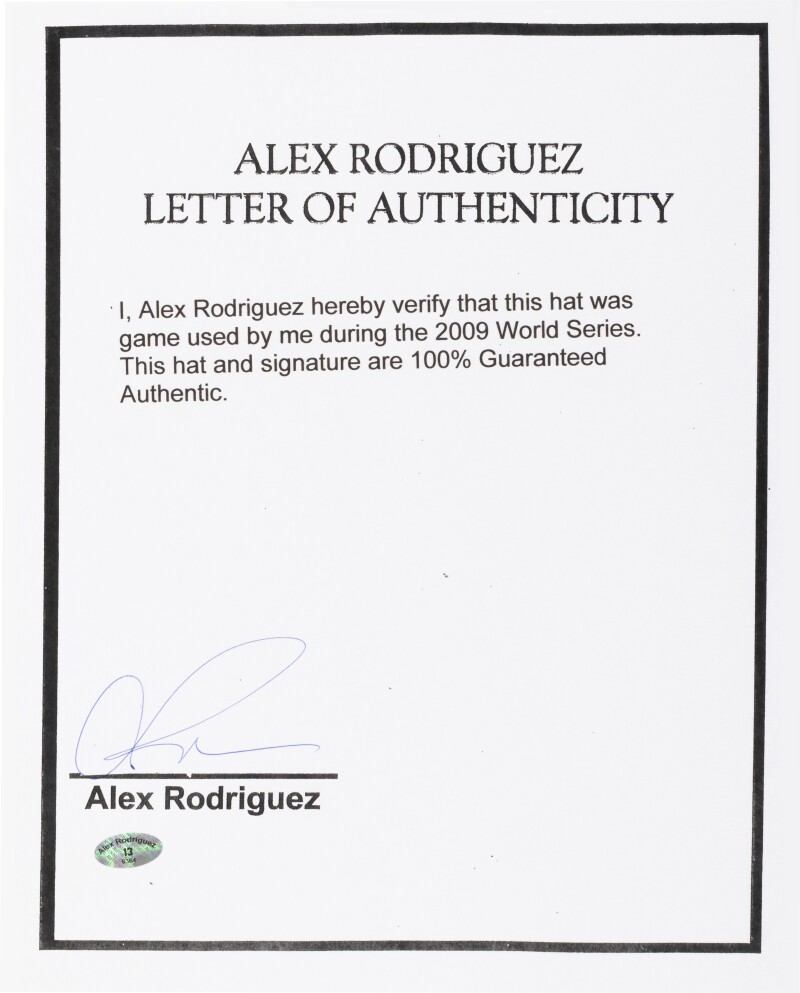 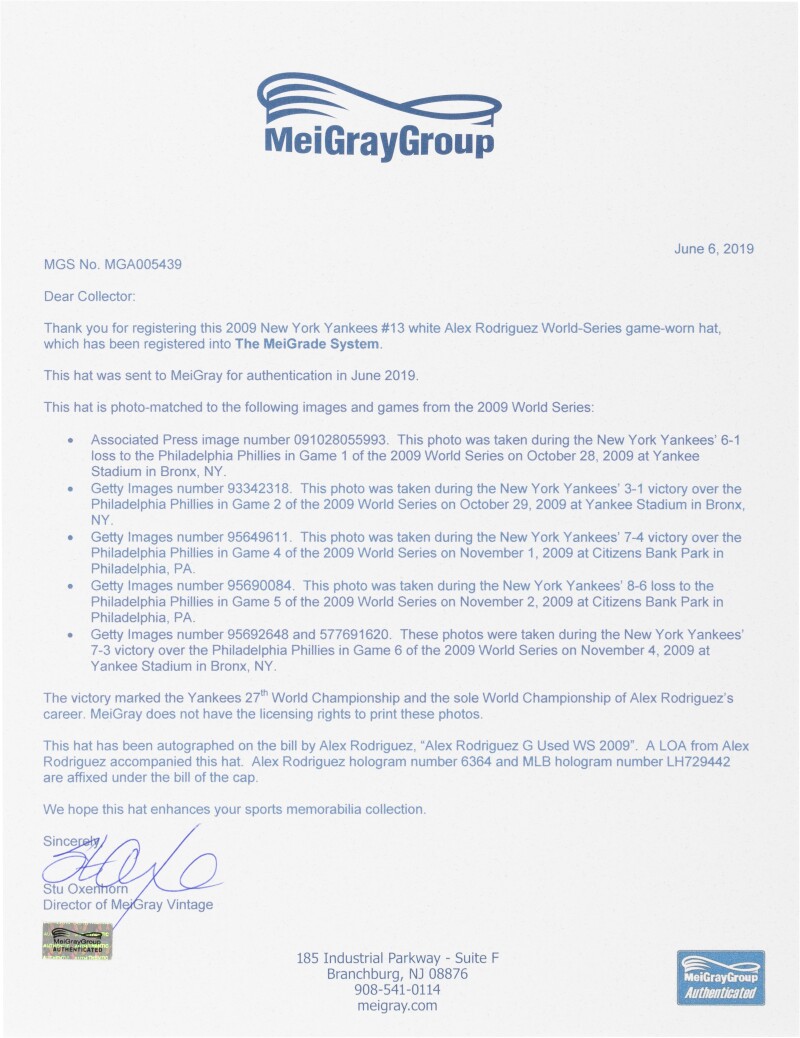 The New York Yankees are undoubtedly the most prominent and well-established franchise in Major League Baseball. The winningest franchise in the sport, the Yankees have produced more Hall of Famers than any other team in the MLB. Ruth, Mantle, Gehrig, DiMaggio, Jeter and Rivera are all names that help tell the story of the Yankees’ first 26 World Series trophies. But perhaps no name tells the story of championship number 27 better than Alex Rodriguez.

A-Rod wore this cap as he clinched his only World Series championship during Game 6 of the 2009 World Series as a member of the New York Yankees. In addition, he wore it in four of the five other World Series games that year, making it one of the finest sports artifacts from A-Rod.

Condition consistent with game use.