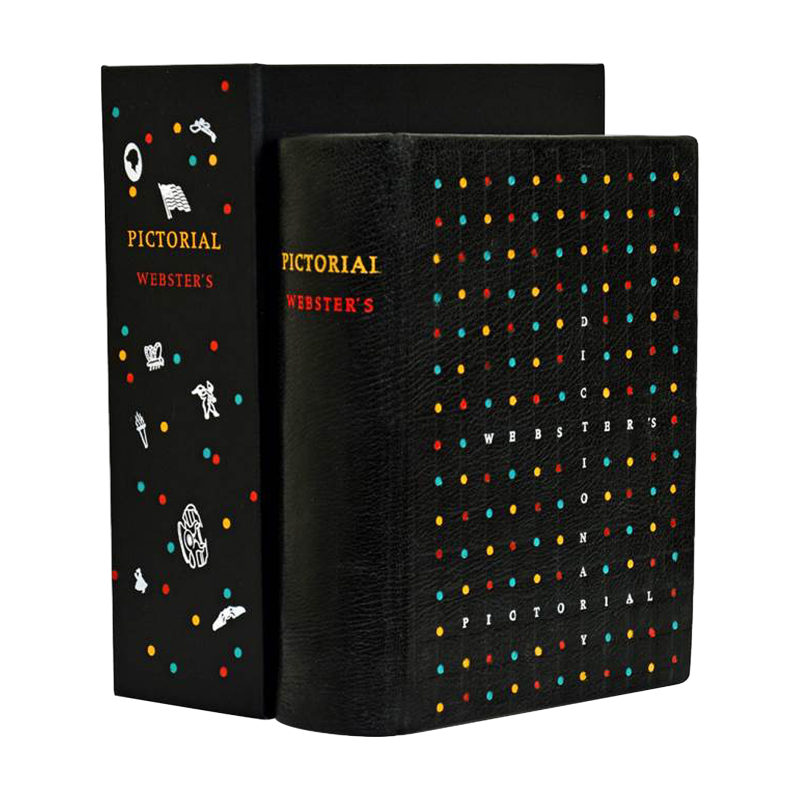 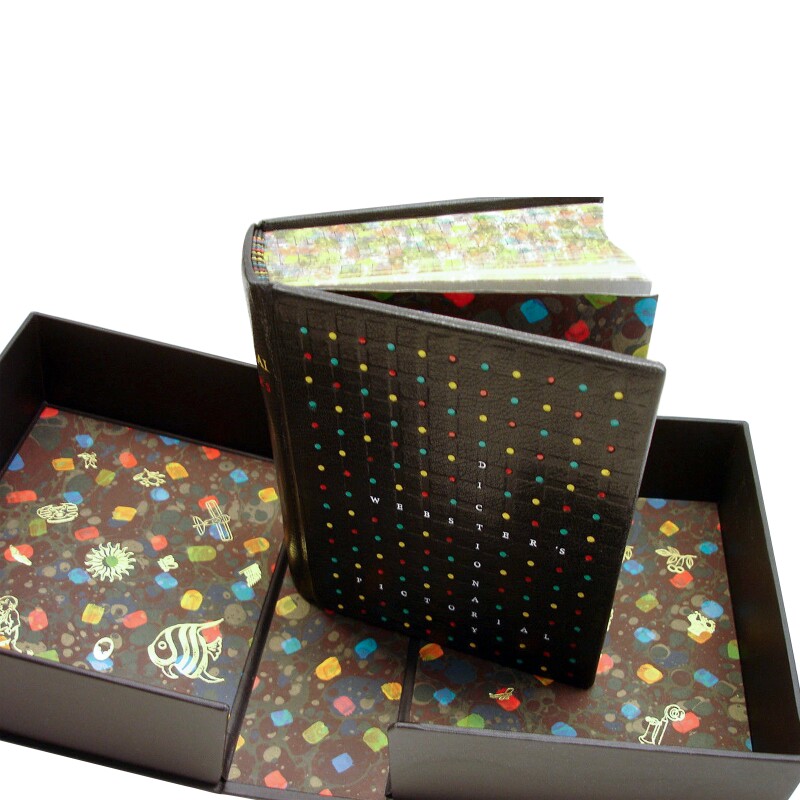 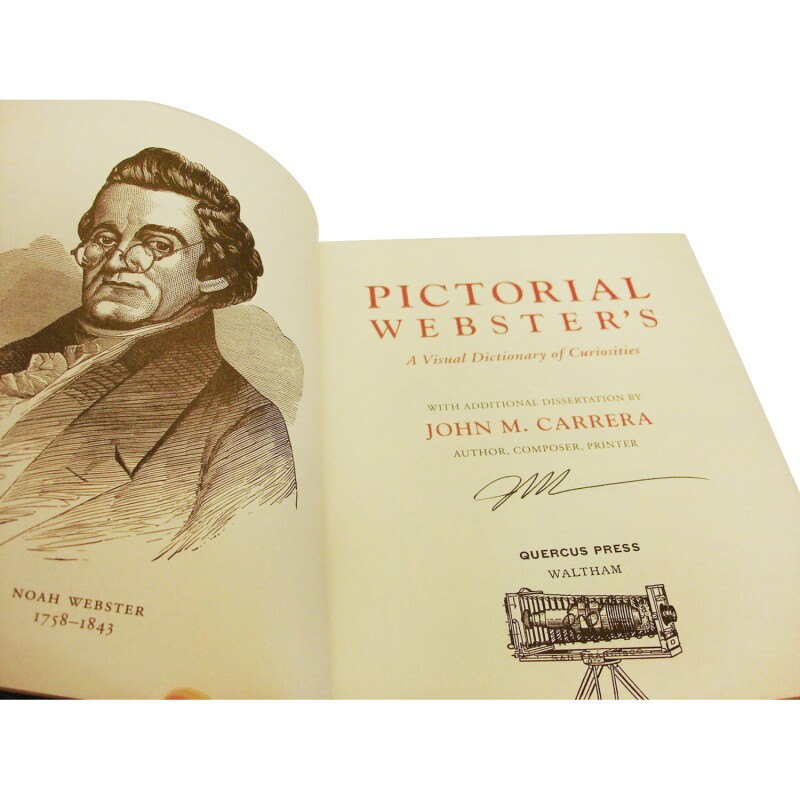 Webster’s pictorial dictionary is a meticulously printed study of the art of 19th century scientific and black-line wood engravings. From the publisher, “The Pictorial Webster's is, in simplest terms, an artistic visual reference of what was important to 19th Century America. The 400-plus page volume is printed with the original wood engravings and copper electrotypes of the Merriam-Webster dictionaries of the 19th Century; namely the 1859 American Dictionary of the English Language (the 1st illustrated dictionary in America), the 1864 edition of that same Dictionary, and the 1890 International Dictionary. The engravings are arranged alphabetically, a system of organization long shunned by lexicographers because alphabetical order grants no intrinsic meaning to any given grouping of words, but it is perfect for a book that creates its own immersive experience in imagery of a time gone by.”

A total of 265 signed and numbered unbound copies were produced so that unique bindings could be created by members of the Guild of Bookworkers, who were selected to participate in the 2002 exhibition featuring this work. This is copy 48, which is signed by the publisher John Carrera.

Constance Wozny has been a bookbinder for over 18 years and her creations are widely exhibited in various exhibitions and juried shows in the United States, France, England, Australia and Tokyo. Her bindings are included in the permanent collections of numerous institutions ranging from the Special Collections Department of the Chicago Main Library to the University of Michigan Library in Ann Arbor. She holds a degree in marketing from Eastern Kentucky University and has studied with many notable book artists and fine binders including Tini Miura, Monique Lallier, Dominic Riley and Don Ethington. Her artistic works have been featured in book art exhibition venues locally, nationally and internationally, as well as in several book art publications. Her studio is located in Louisville, Kentucky.