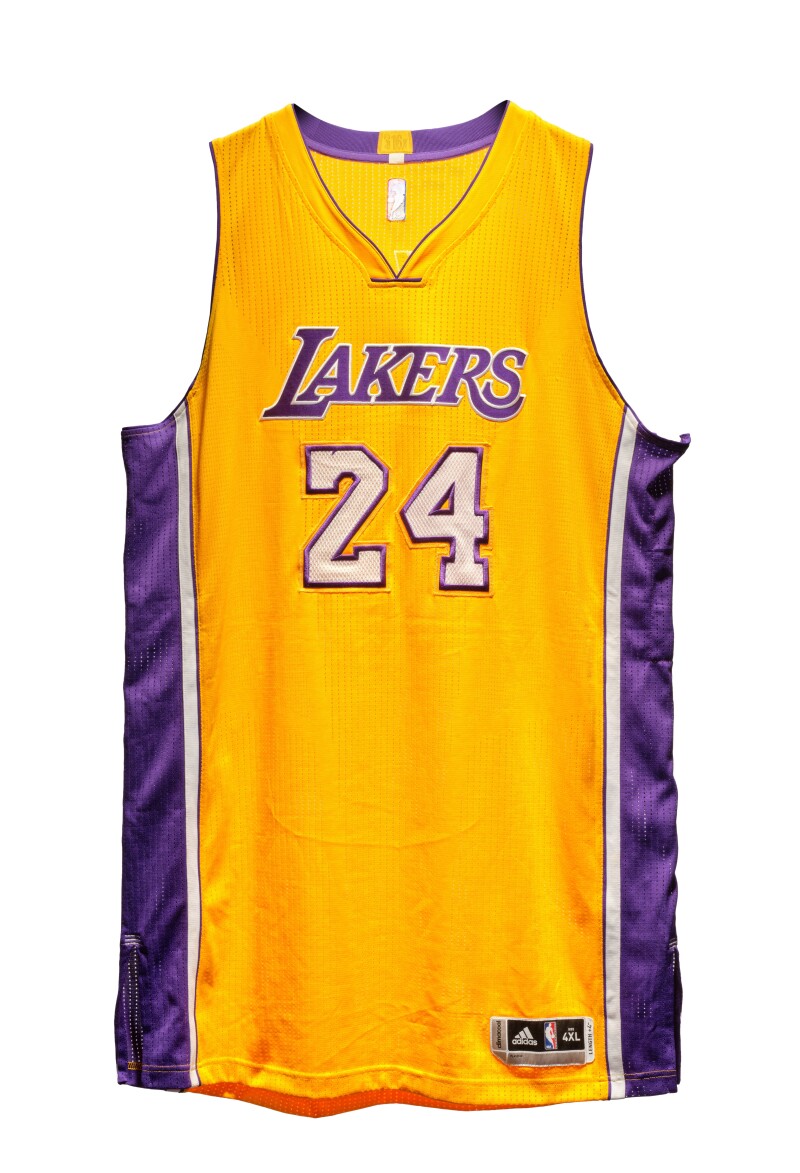 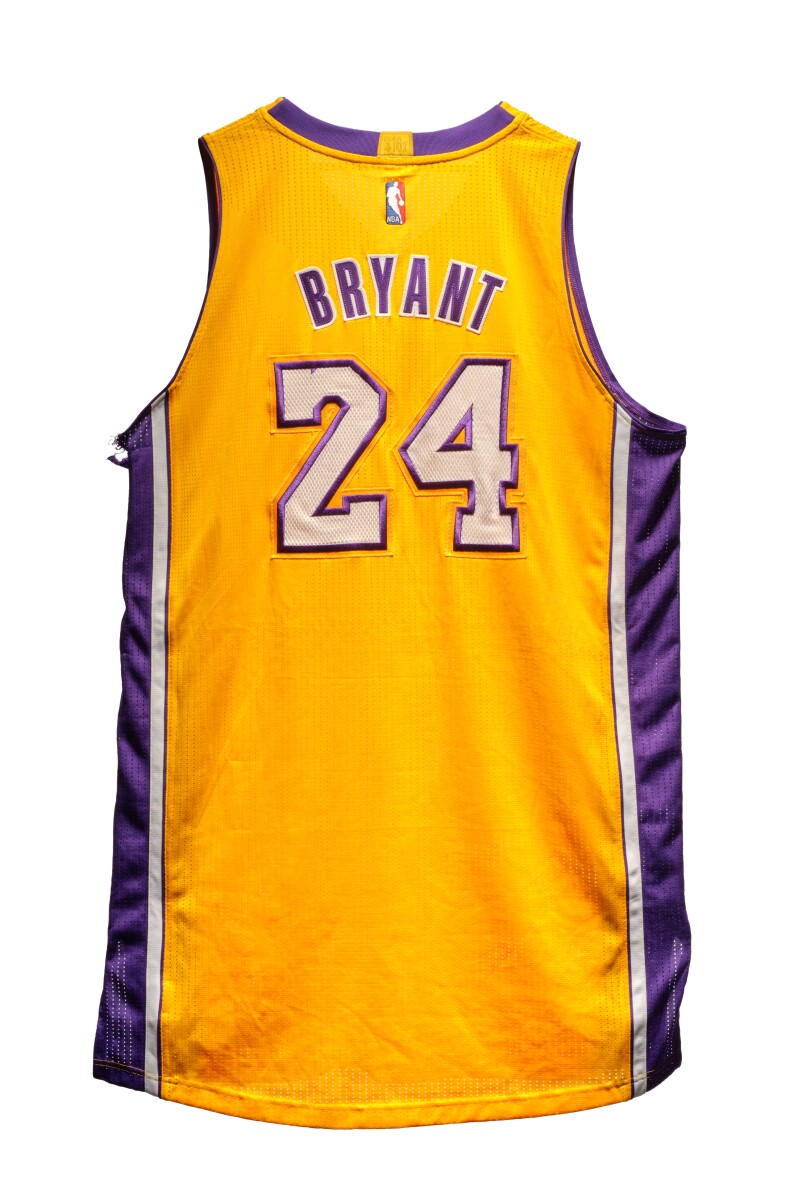 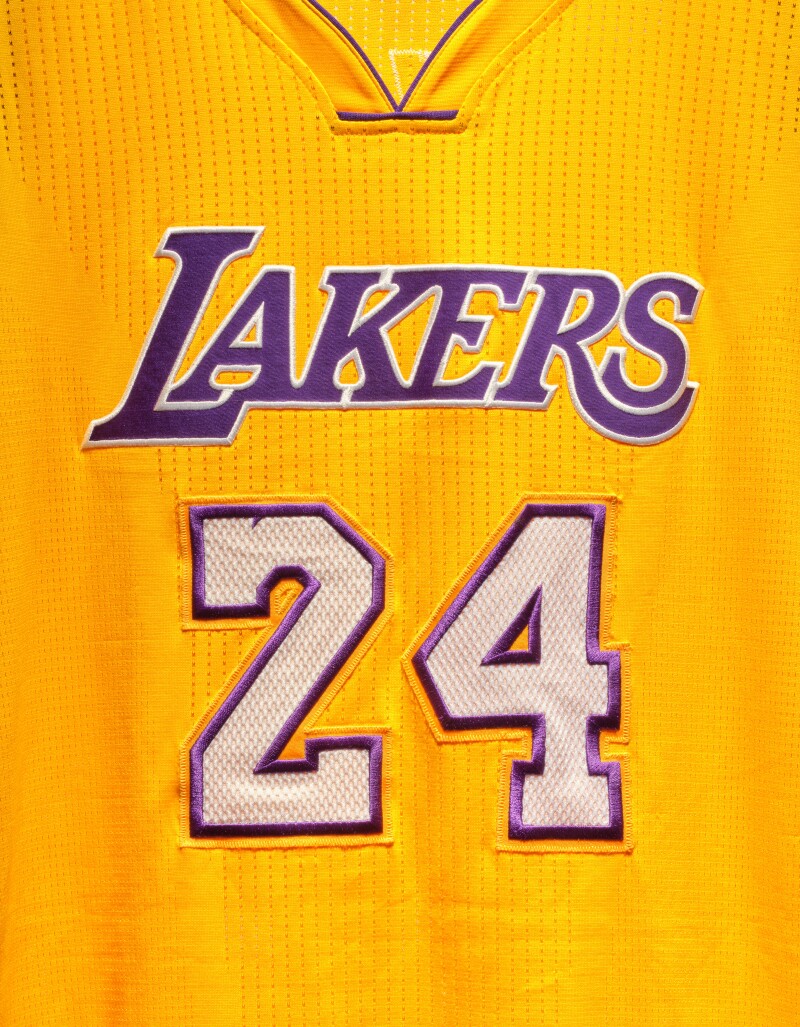 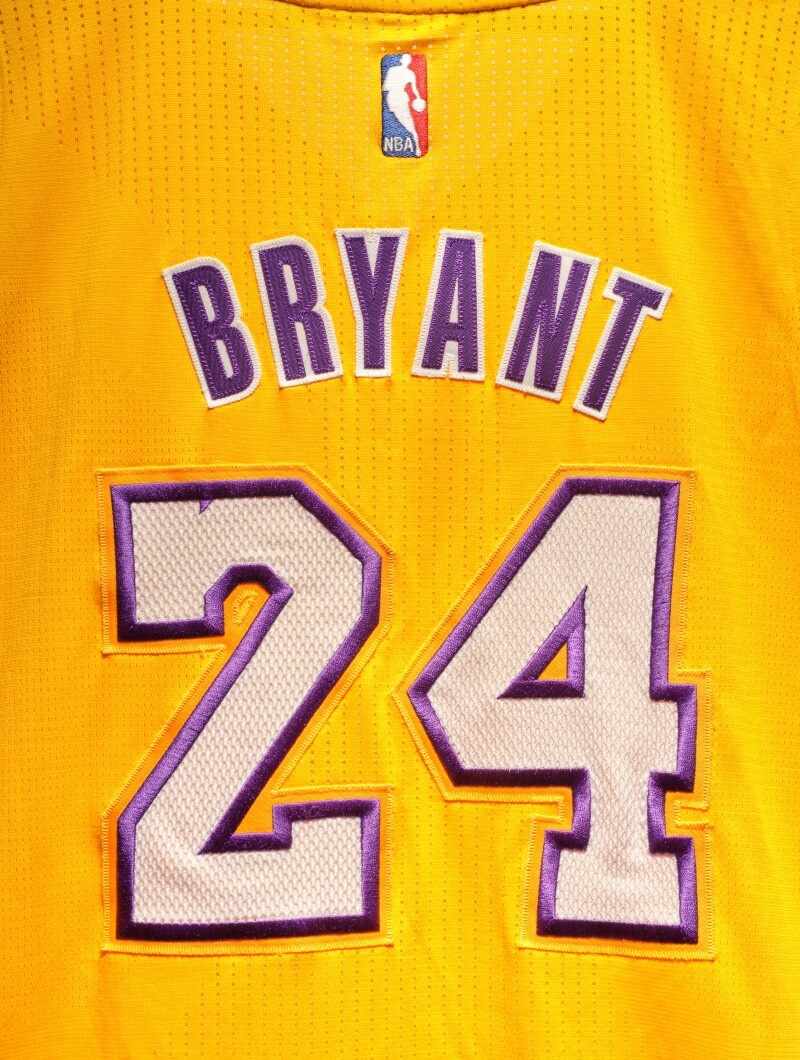 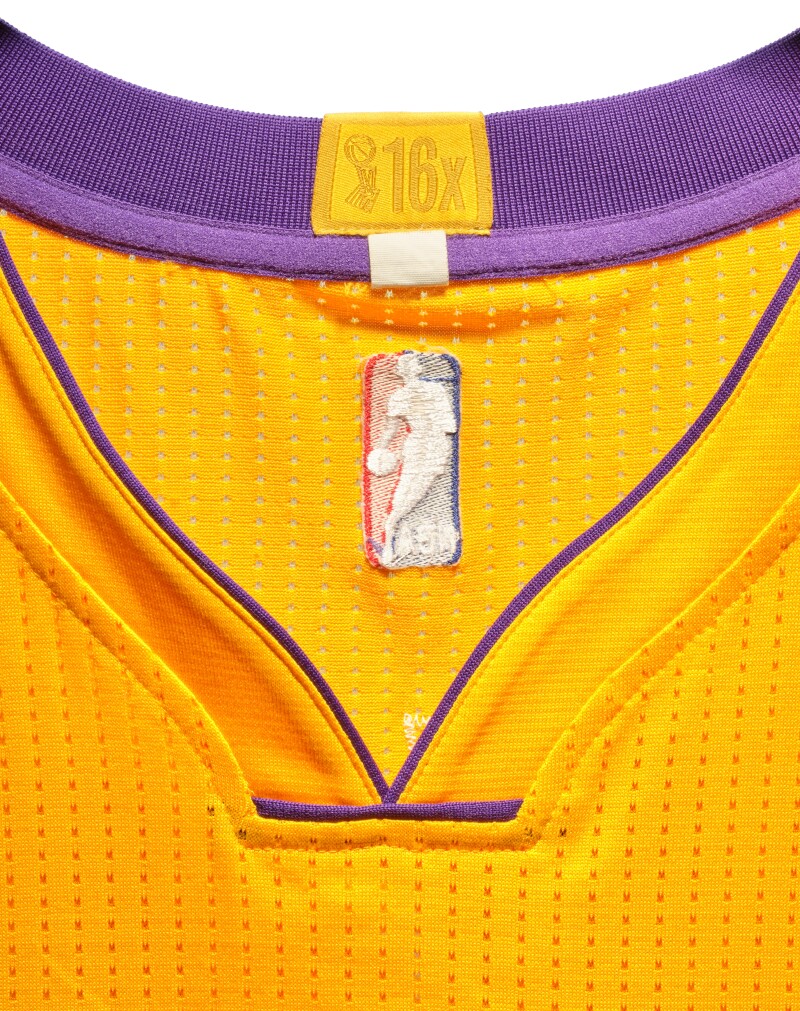 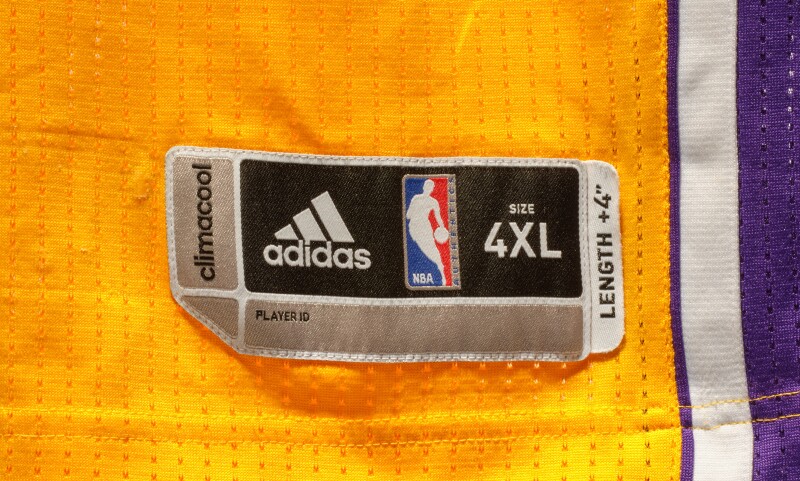 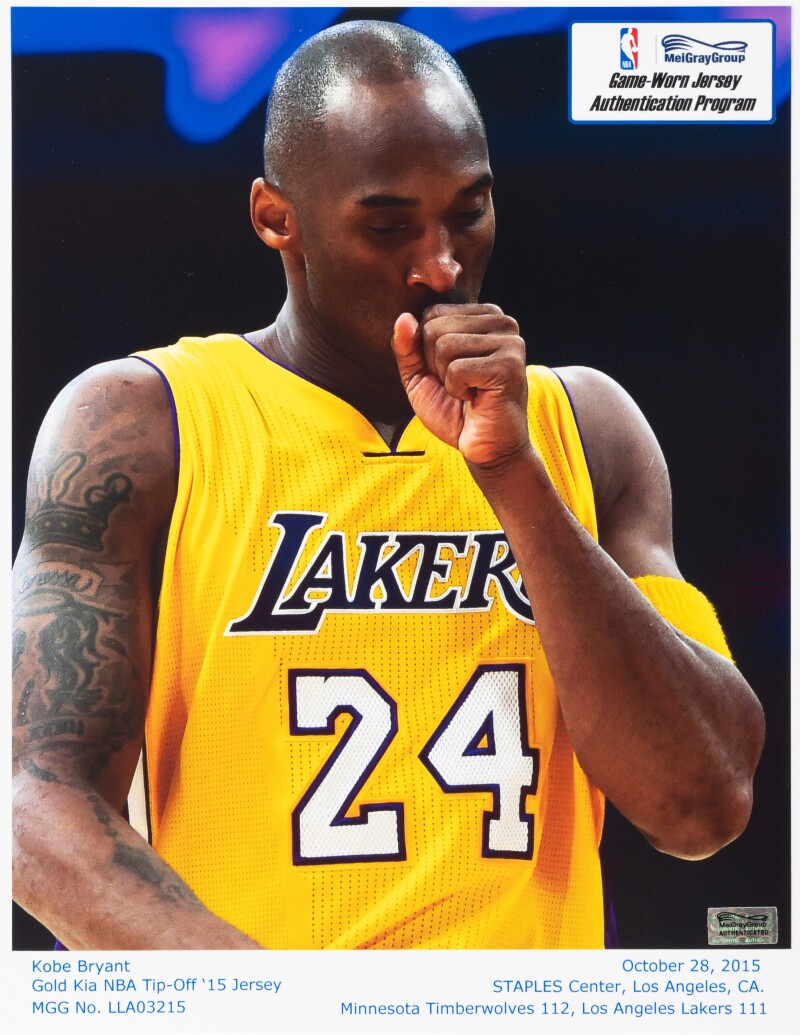 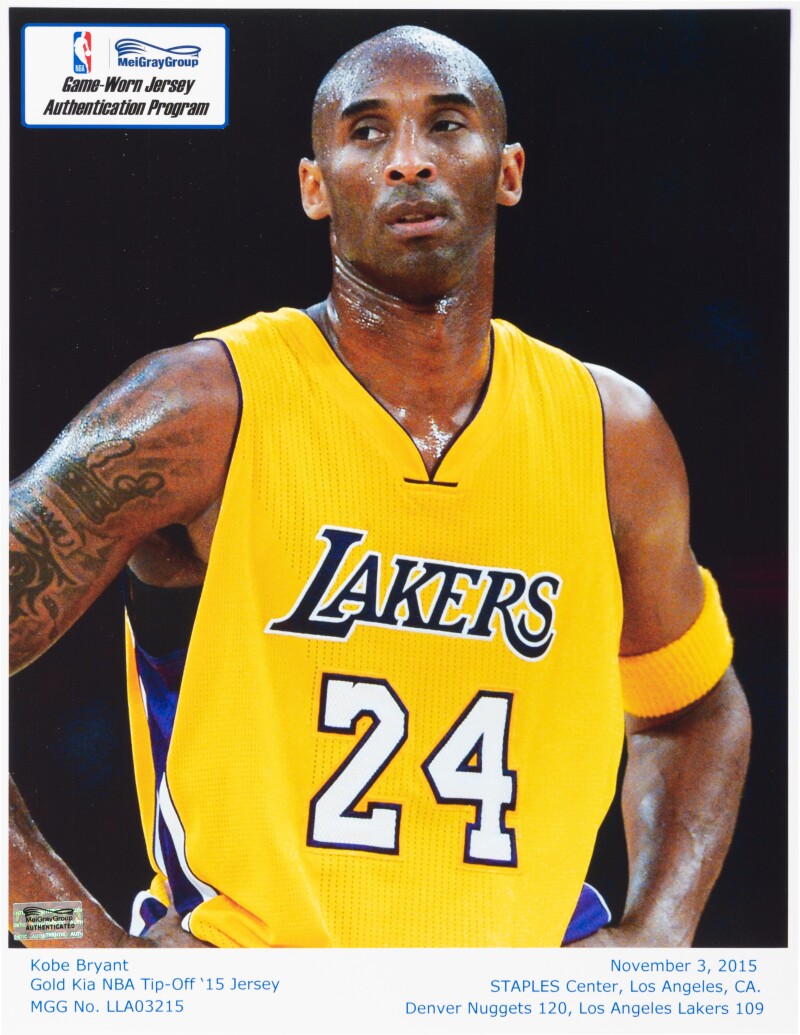 Sotheby’s is proud to offer the jersey worn by Bryant on his final Opening Day of his illustrious career, photomatched by The MeiGray Group to October 28, 2015. It was additionally photomatched to November 3, 2015.

On November 3, Kobe recorded 11 points, 5 assists, 2 rebounds and 2 steals against the Denver Nuggets.

In 2021, Kobe Bryant was posthumously inducted into the Naismith Basketball Hall of Fame. The Lakers organization retired both numbers he wore during his career, 24 and 8.

The jersey is in good condition consistent with use.

The jersey has a small tear below the left arm. In a phone conversation with The MeiGray Group, MeiGray confirmed this tear was attributed to game wear, and not caused by after-game handling or treatment.

There is a tag missing on the bottom right of the jersey.