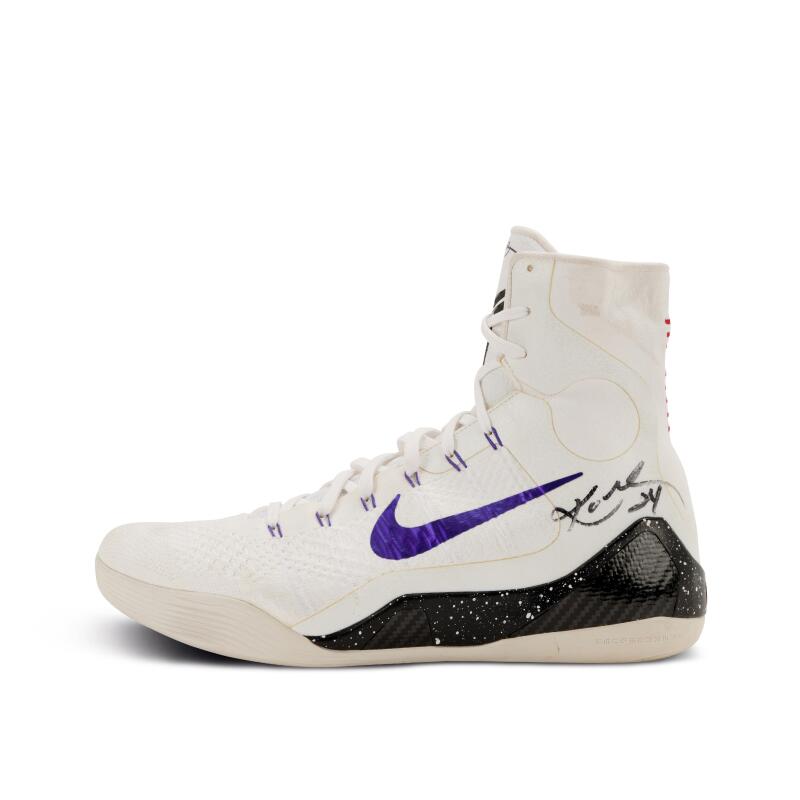 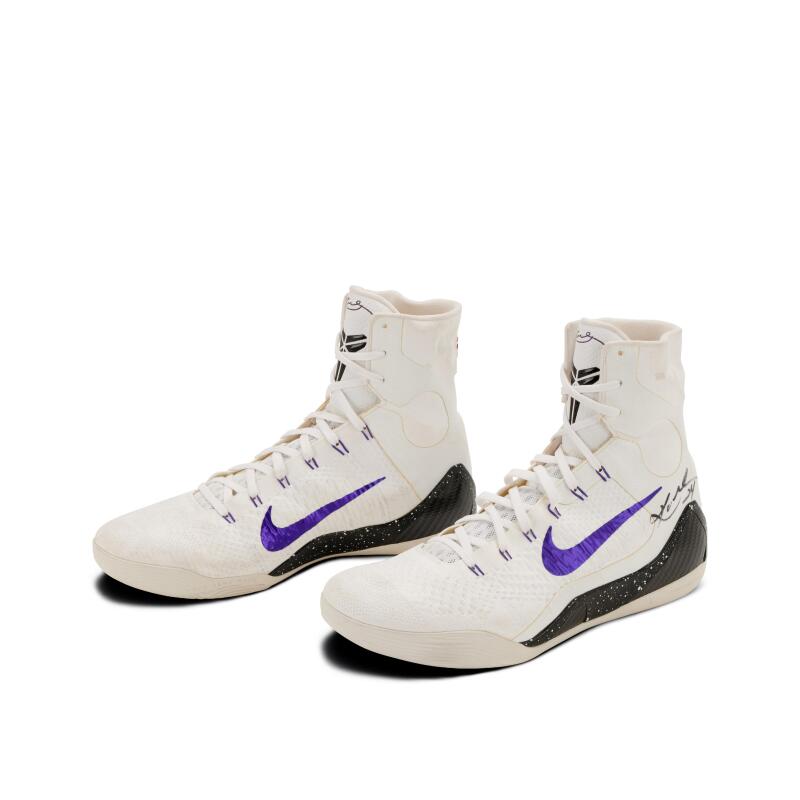 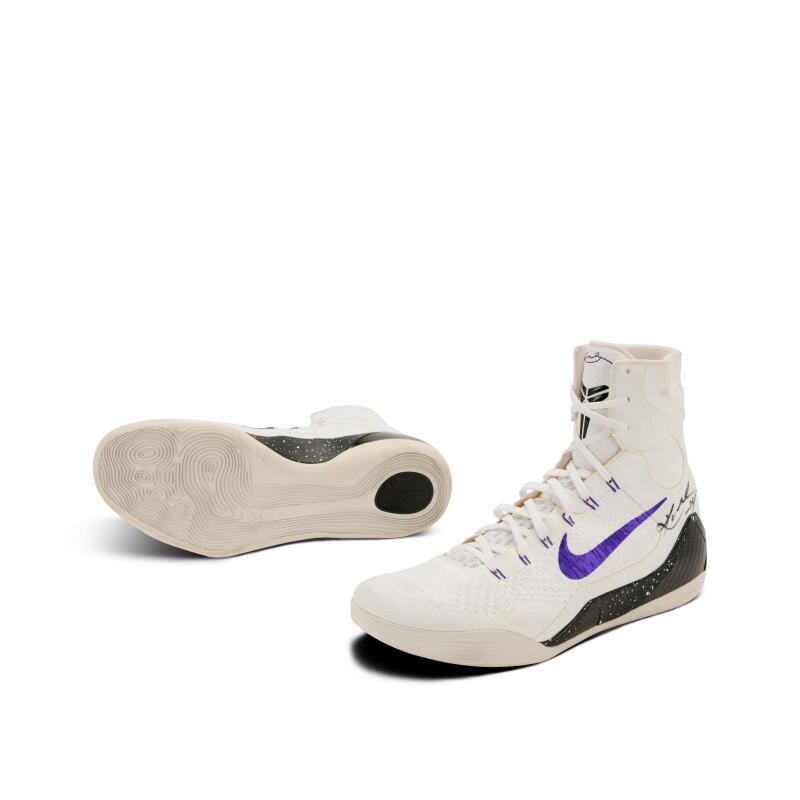 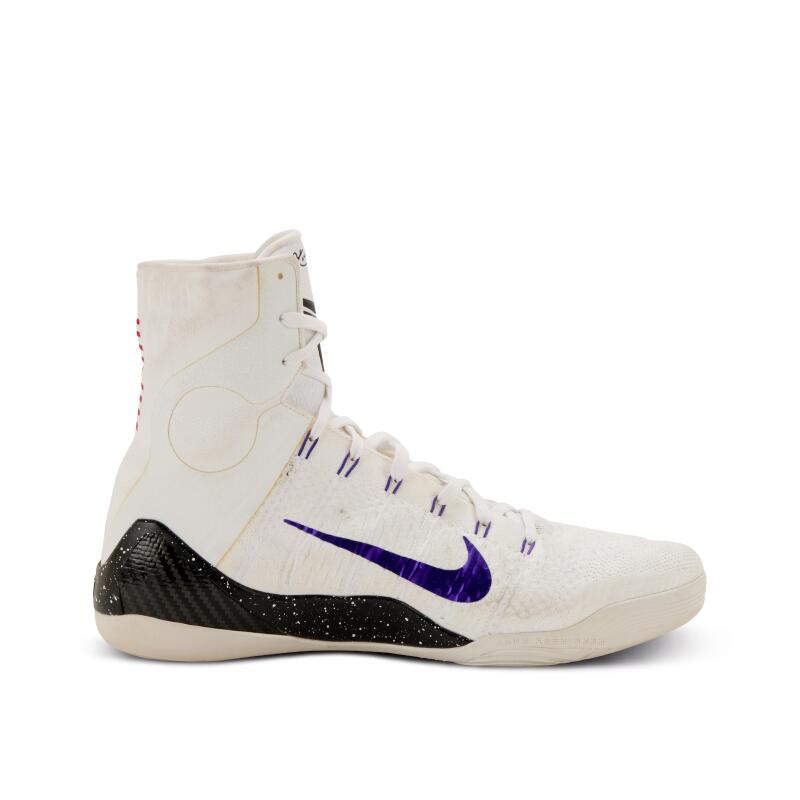 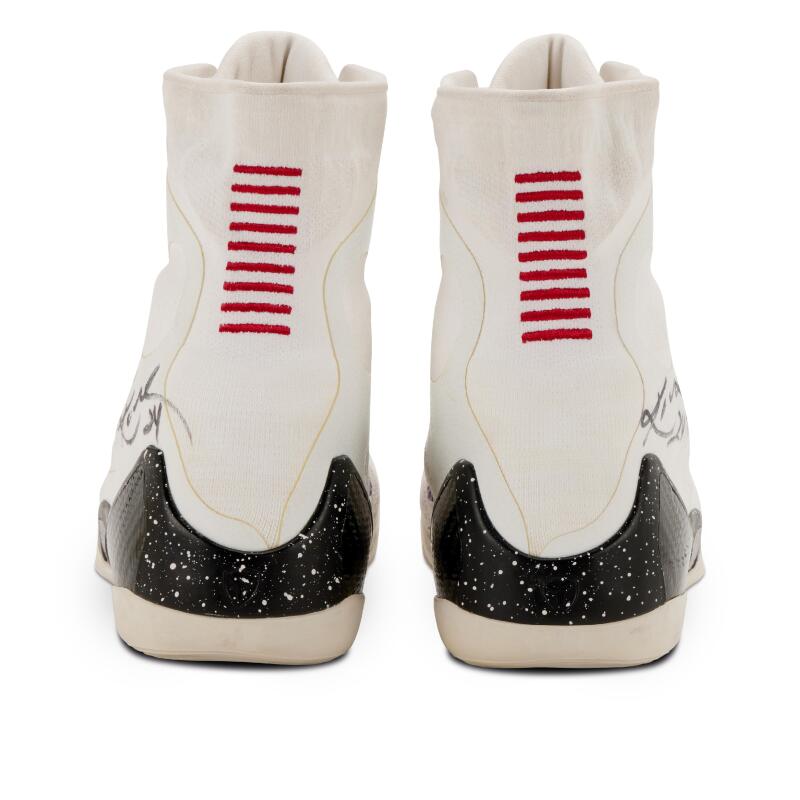 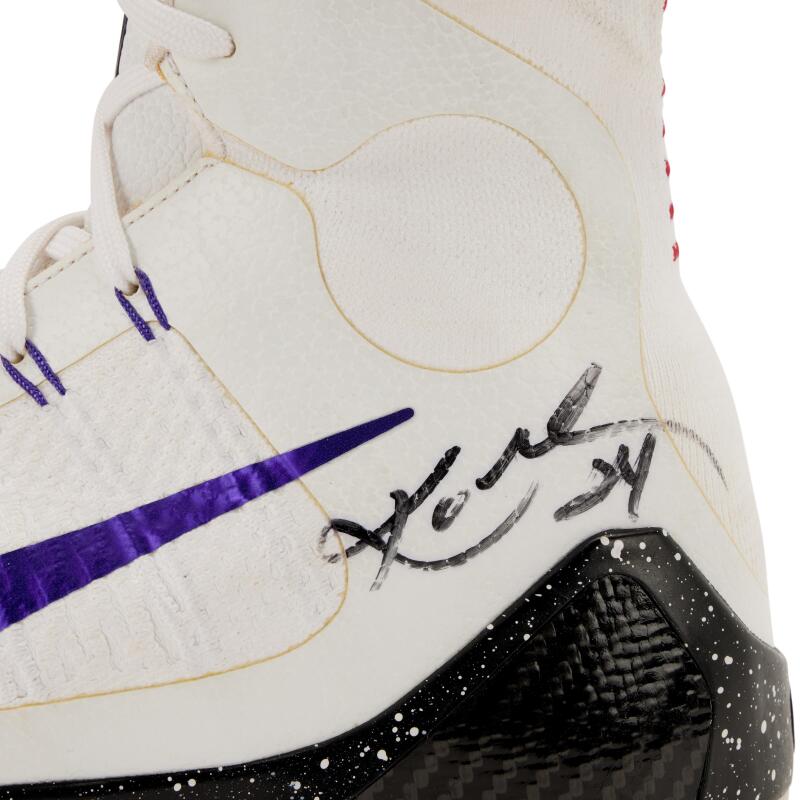 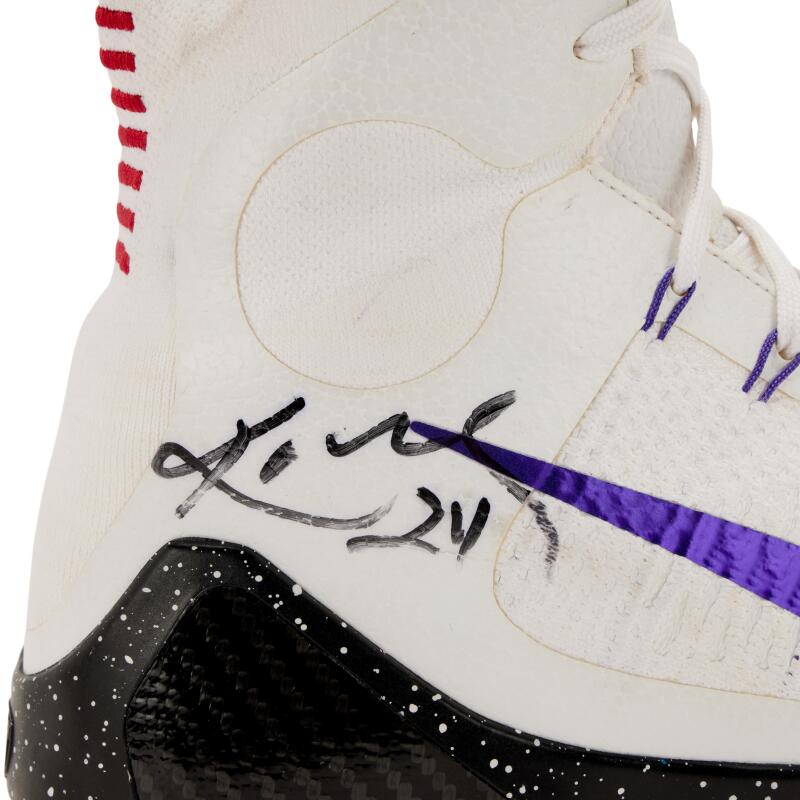 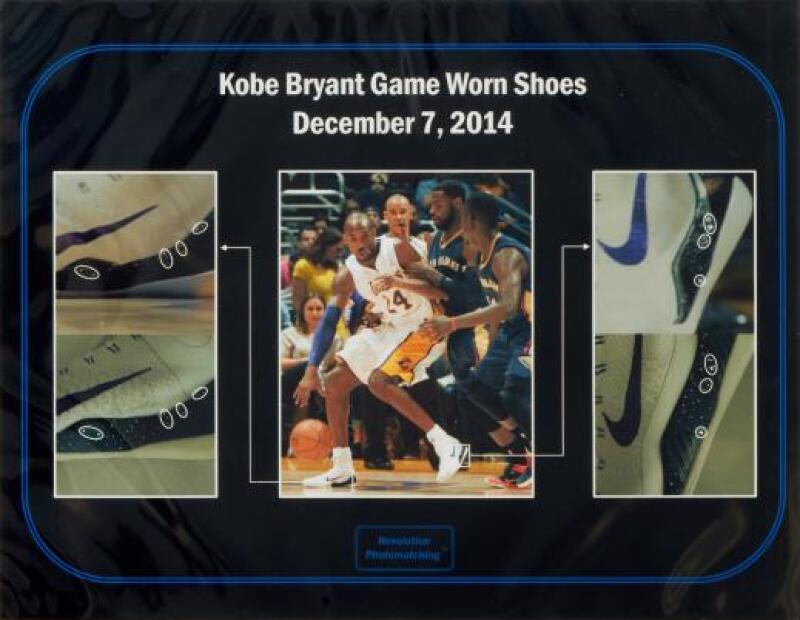 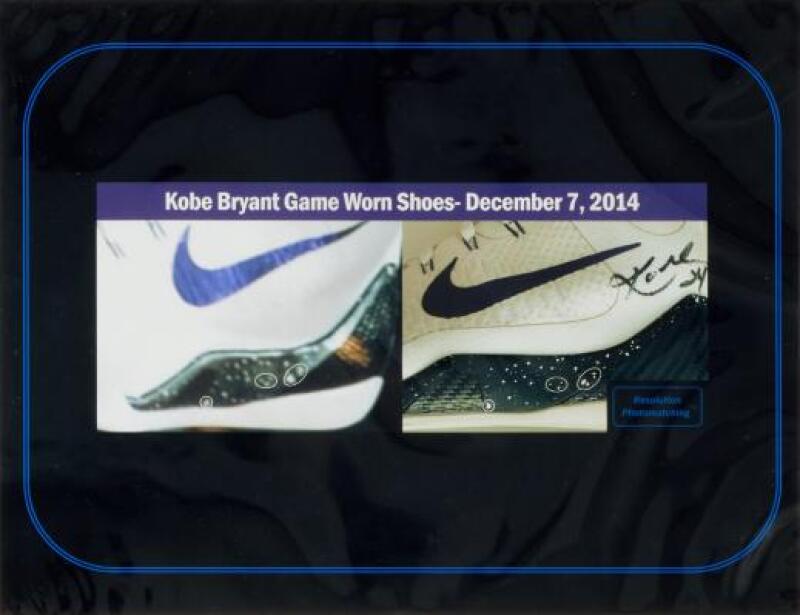 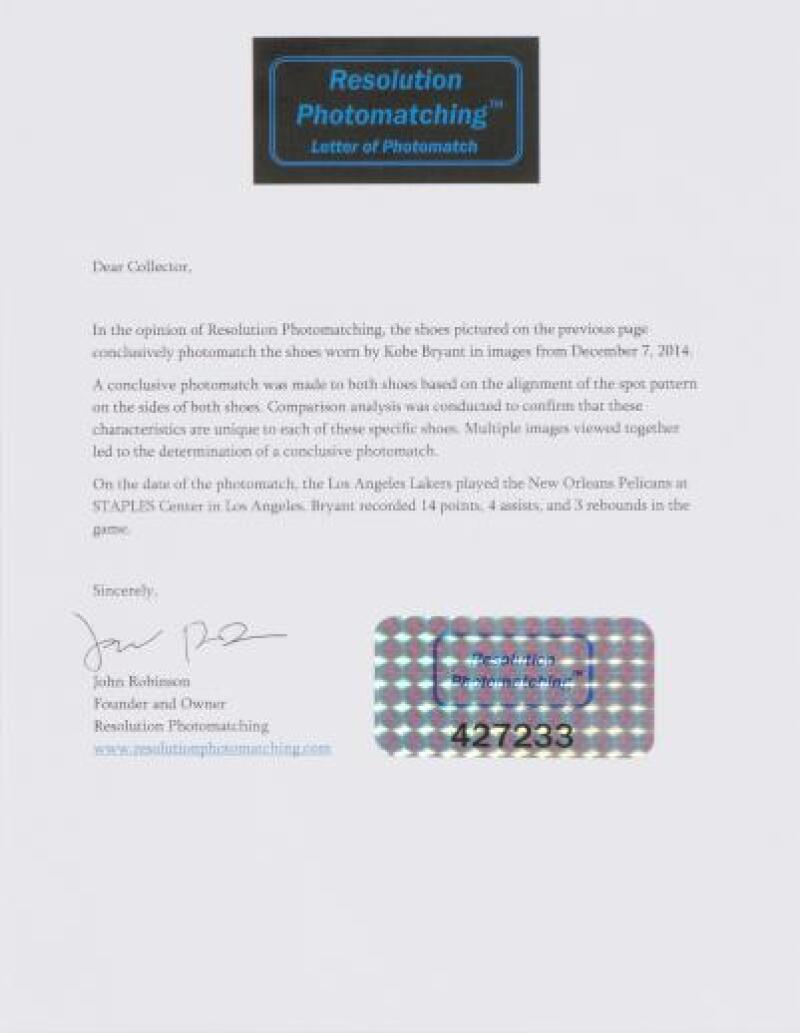 A pair of Nike Kobe IX sneakers game worn by Kobe Bryant during the 2014–15 NBA season.

On December 7, 2014, Bryant — wearing this exact pair of Kobe IX sneakers — recorded 14 points, 4 assists and 3 rebounds in a 104–87 Lakers defeat at the hands of the New Orleans Pelicans.

The shoes are accompanied by a photomatch letter from Resolution Photomatching.

Consistent with signs of use.