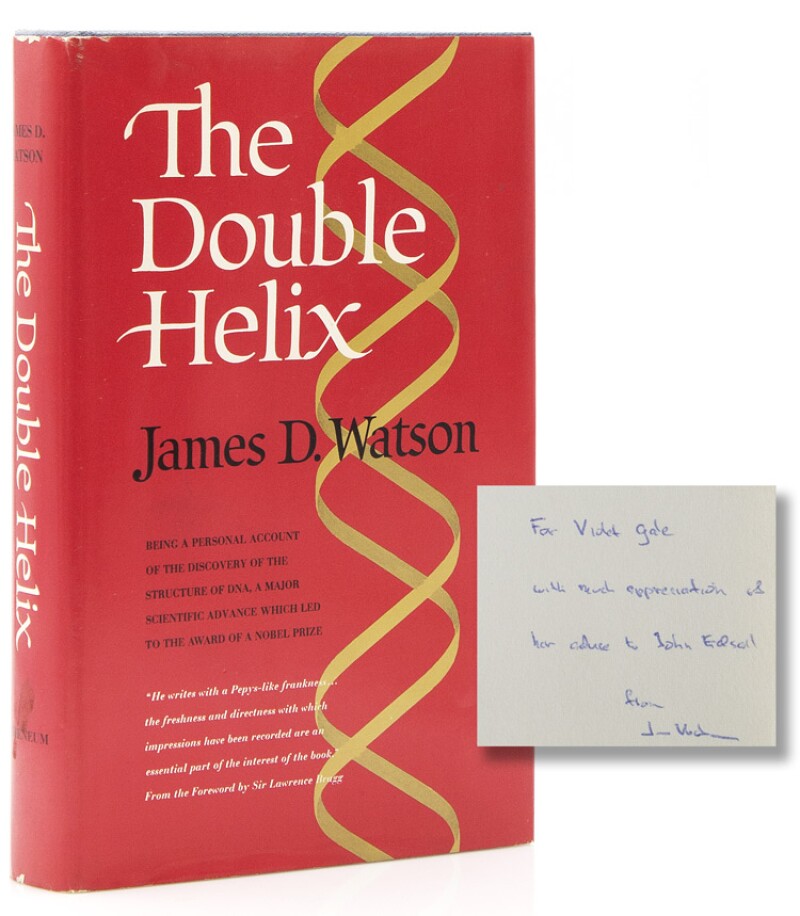 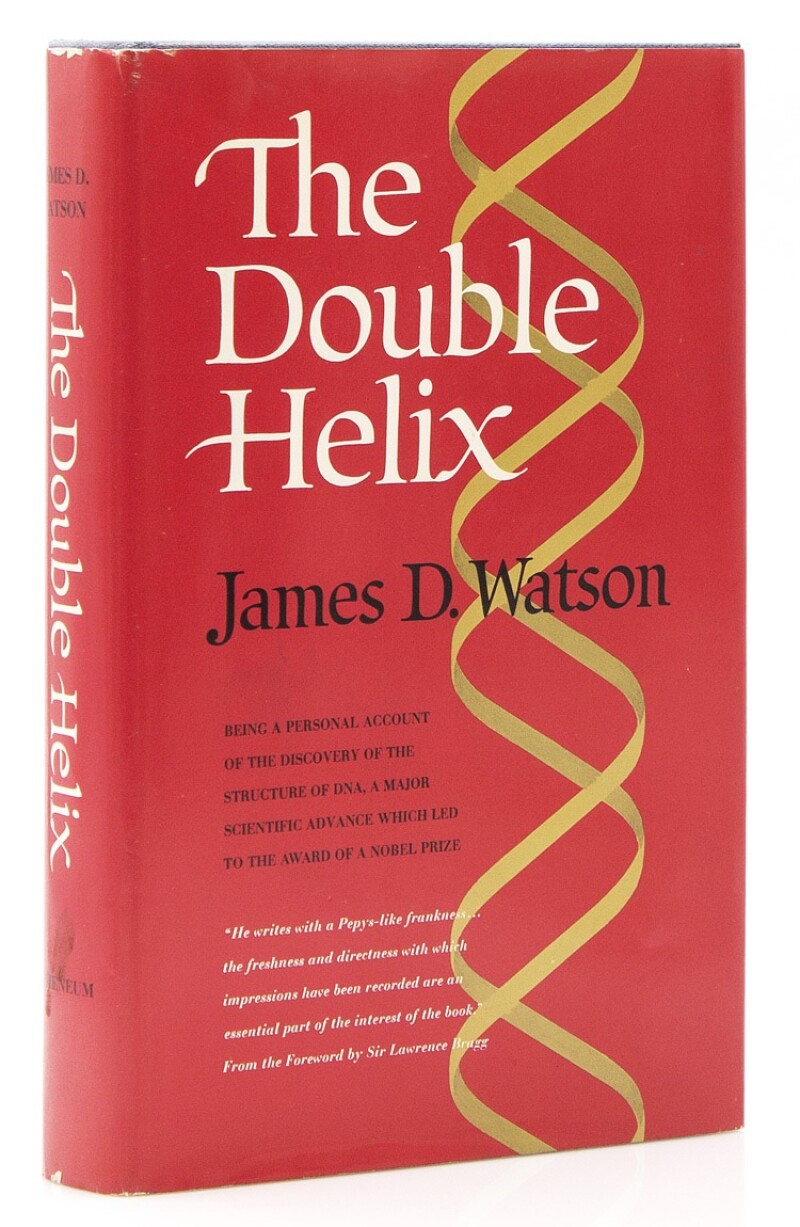 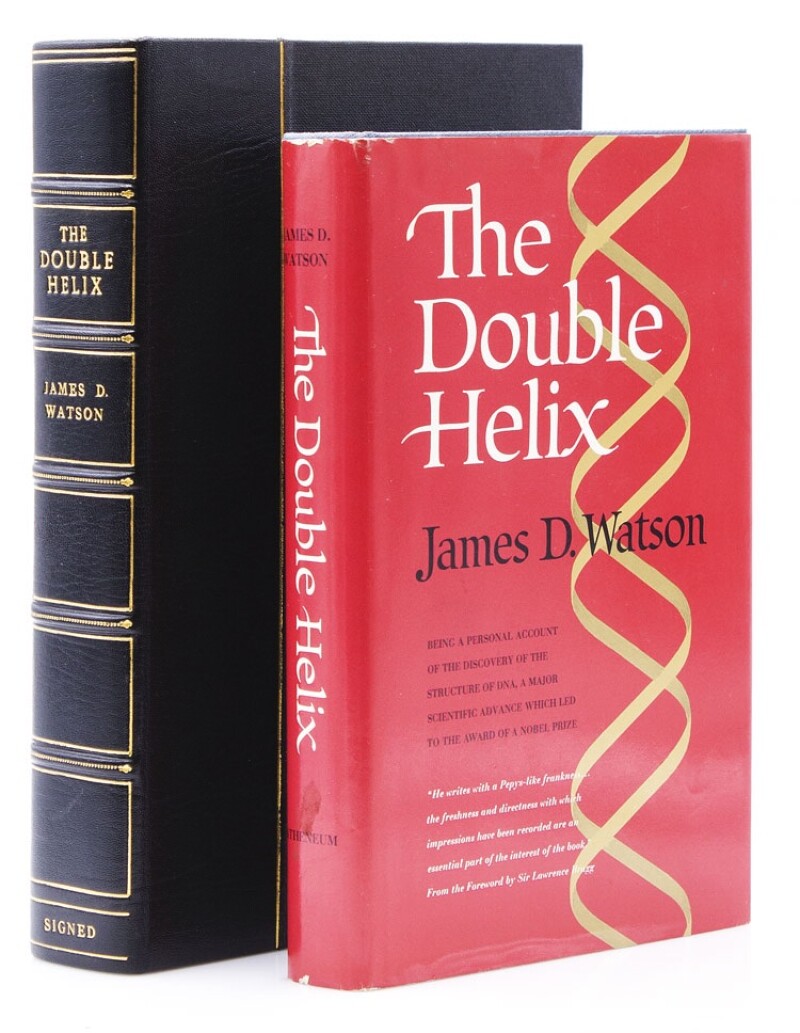 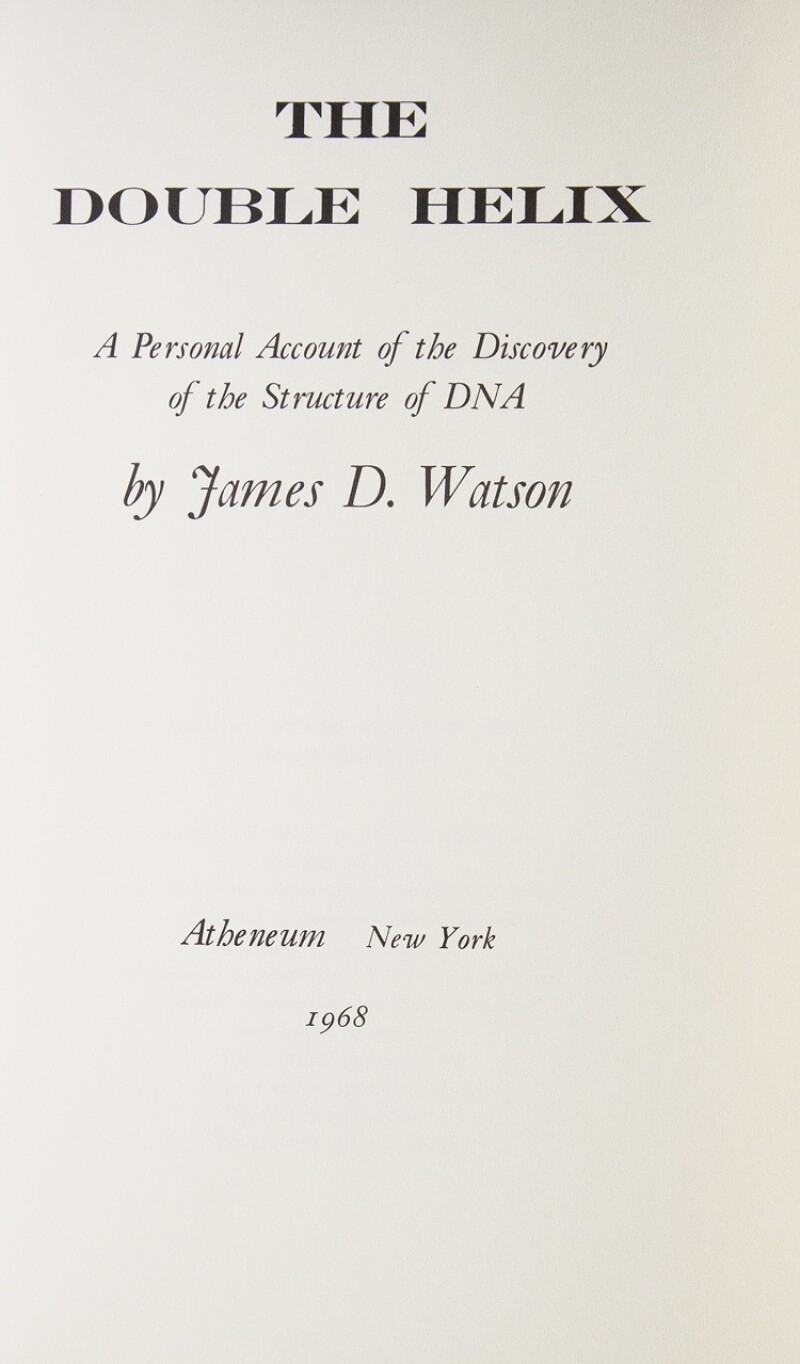 The Double Helix: A Personal Account of the Discovery of the Structure of DNA

Inscribed first edition autobiographical account of the discovery of the double-helix structure of DNA.

Both Gale and Edsall were colleagues of Watson's at Harvard University's Biological Laboratories. About Violet Gale we find precious little aside from a letter she wrote Watson in April 1968, congratulating him on his marriage and asking for an inscribed copy of this book for her daughter; it's plausible that Watson would have also sent her this copy at the same time. The protein biologist John Tilerston Edsall (1902-2002), Watson's venerated senior colleague, played an important role in making Harvard Labs a welcome environment to the kind of research that Watson was undertaking, and which would culminate in his co-discovery of the structure of DNA.