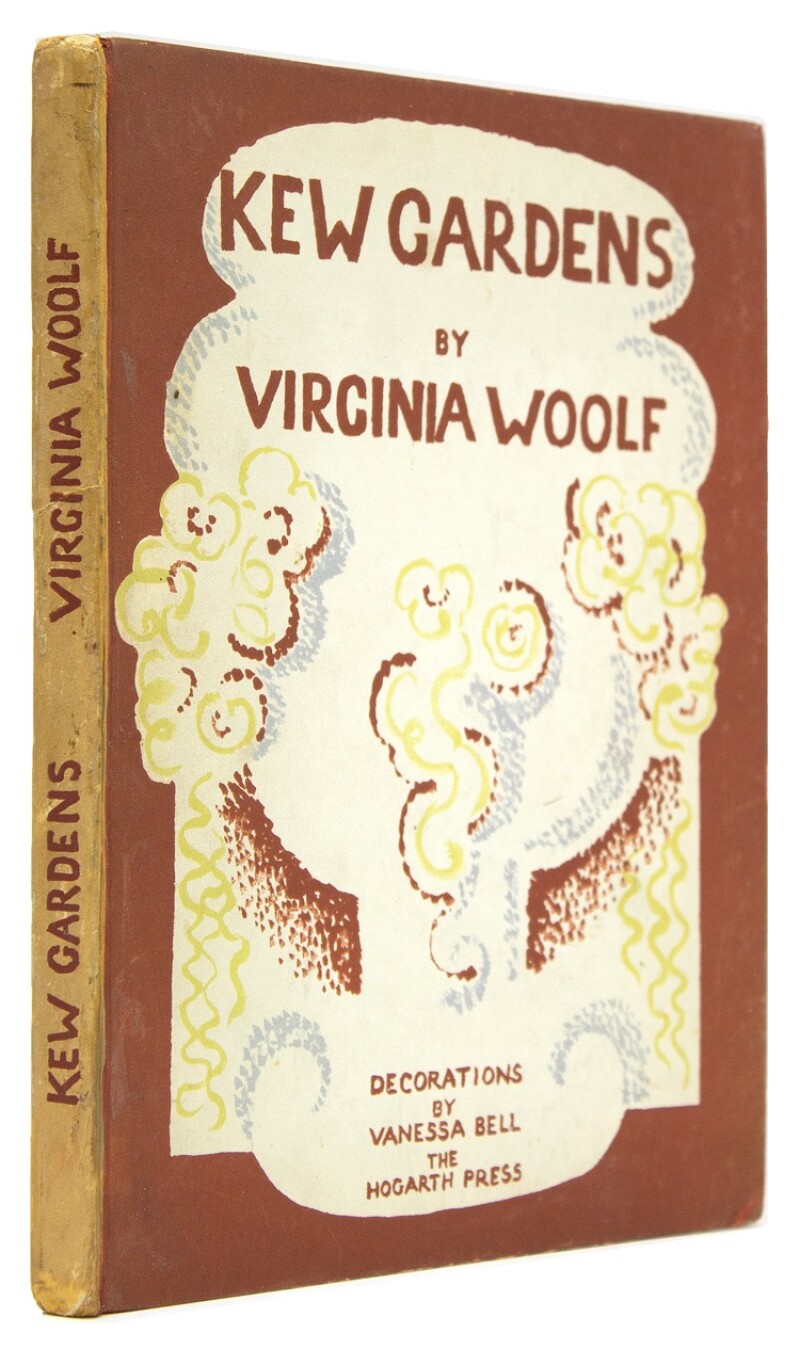 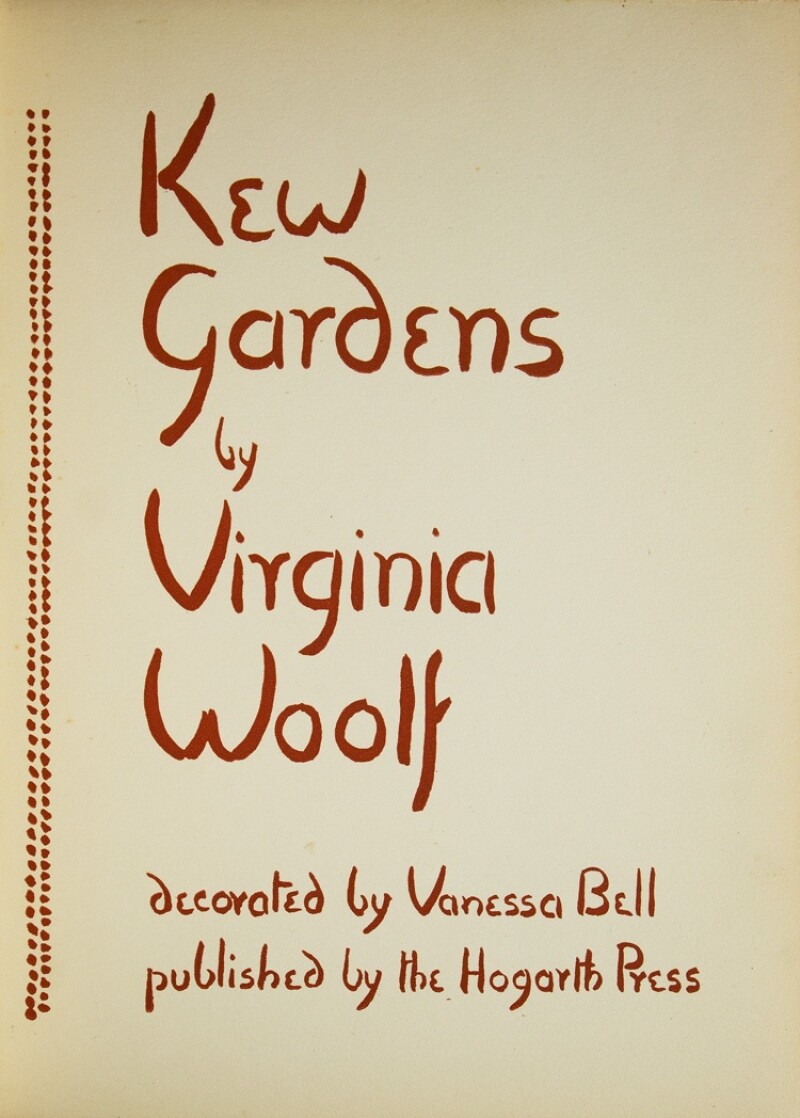 This limited quarto edition (the first two were octavo) greatly expands the illustrations by Bell, who provides decorative borders on each page (the first two–octavo–editions included only two woodcuts). This copy bears the ownership signature of John Frederick Norman Hampson Simpson (1901-1955), who published as John Hampson, Hogarth Press author and literary critic. “No one would publish Hampson's first novel because of the explicit treatment of its author's homosexuality. His second novel, a study in sister-fixation, was an immediate critical and commercial success. Published by the Hogarth Press, Saturday Night at The Greyhound (1931) went through three impressions in five weeks [. . .] he briefly pioneered a form of intense autobiographical fiction, combining a ‘hard-boiled’ prose style with experiments in narrative technique.” (ODNB) This signature was struck through by scholar S.P. Rosenbaum (1929-2012), who published widely on the Bloomsbury set and turned up the original manuscript of Woolf’s A Room of One’s Own in the Fitzwilliam Museum.