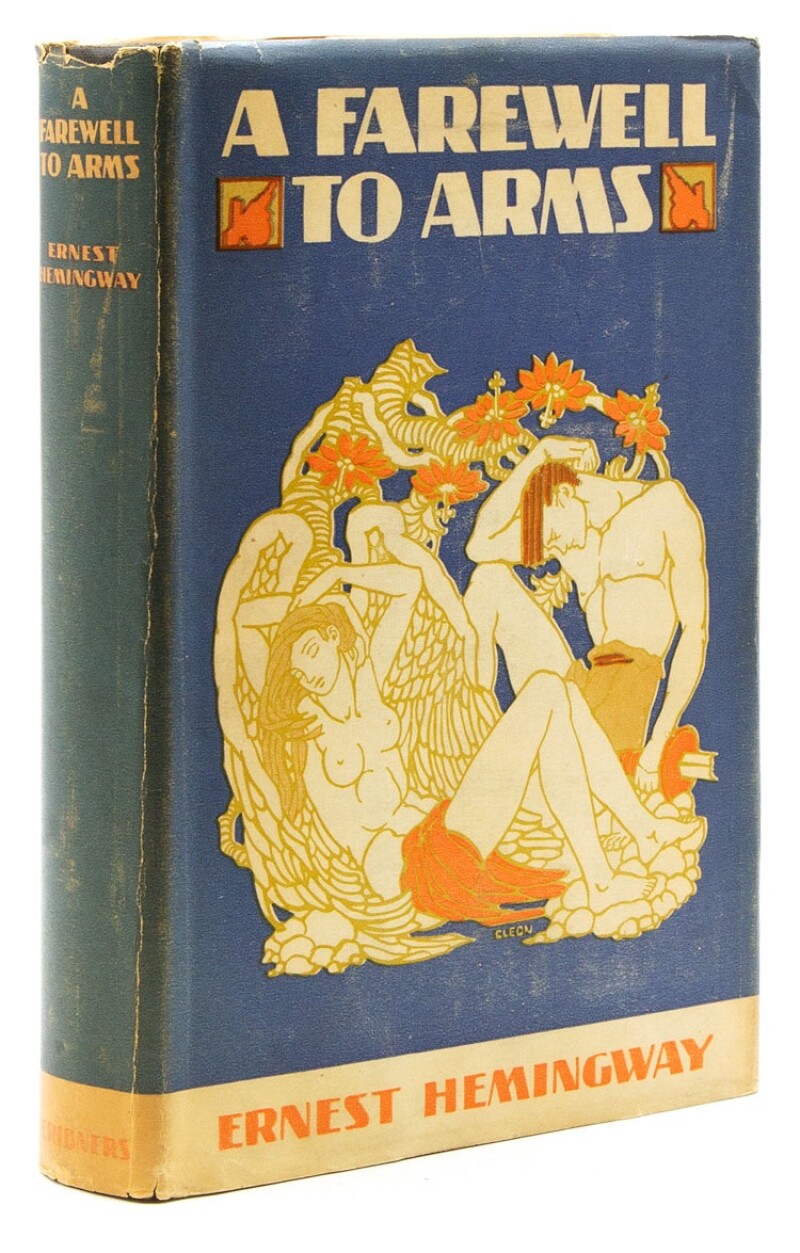 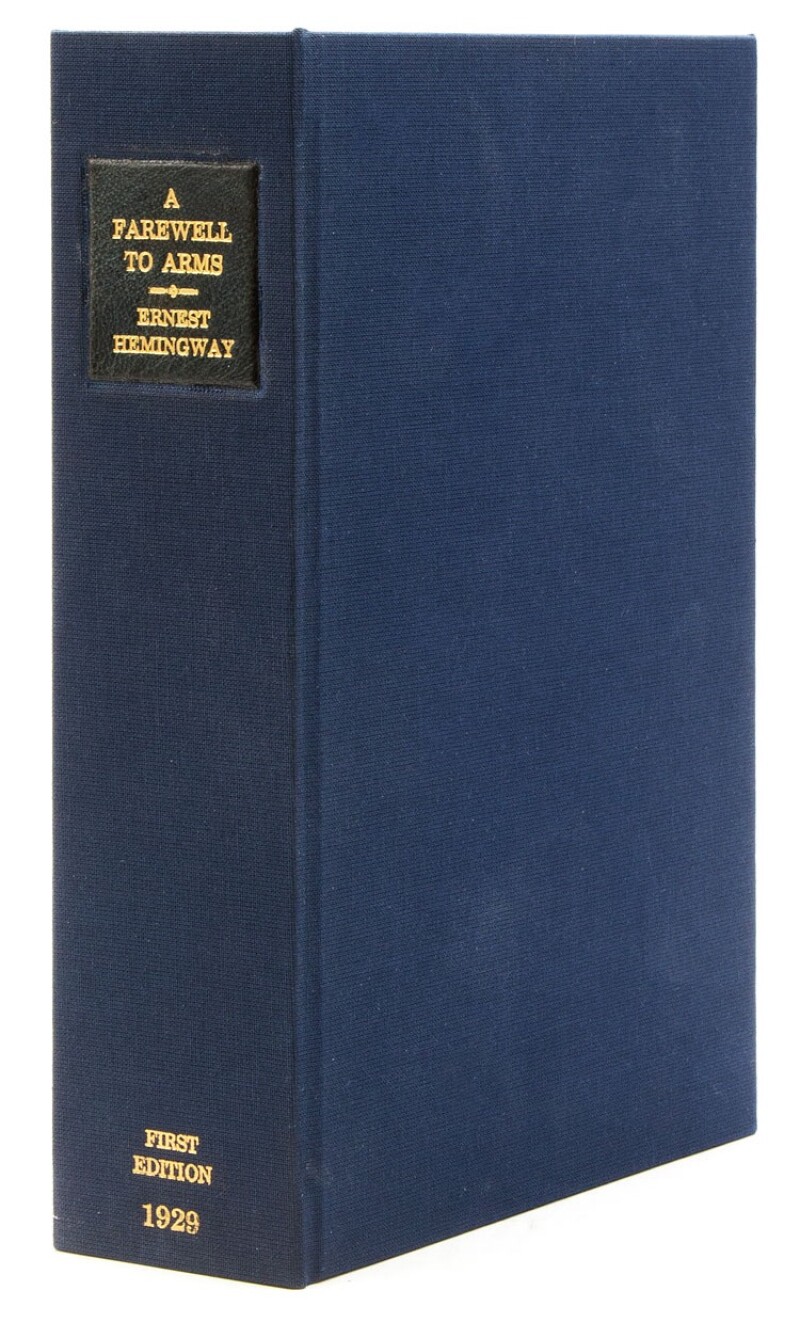 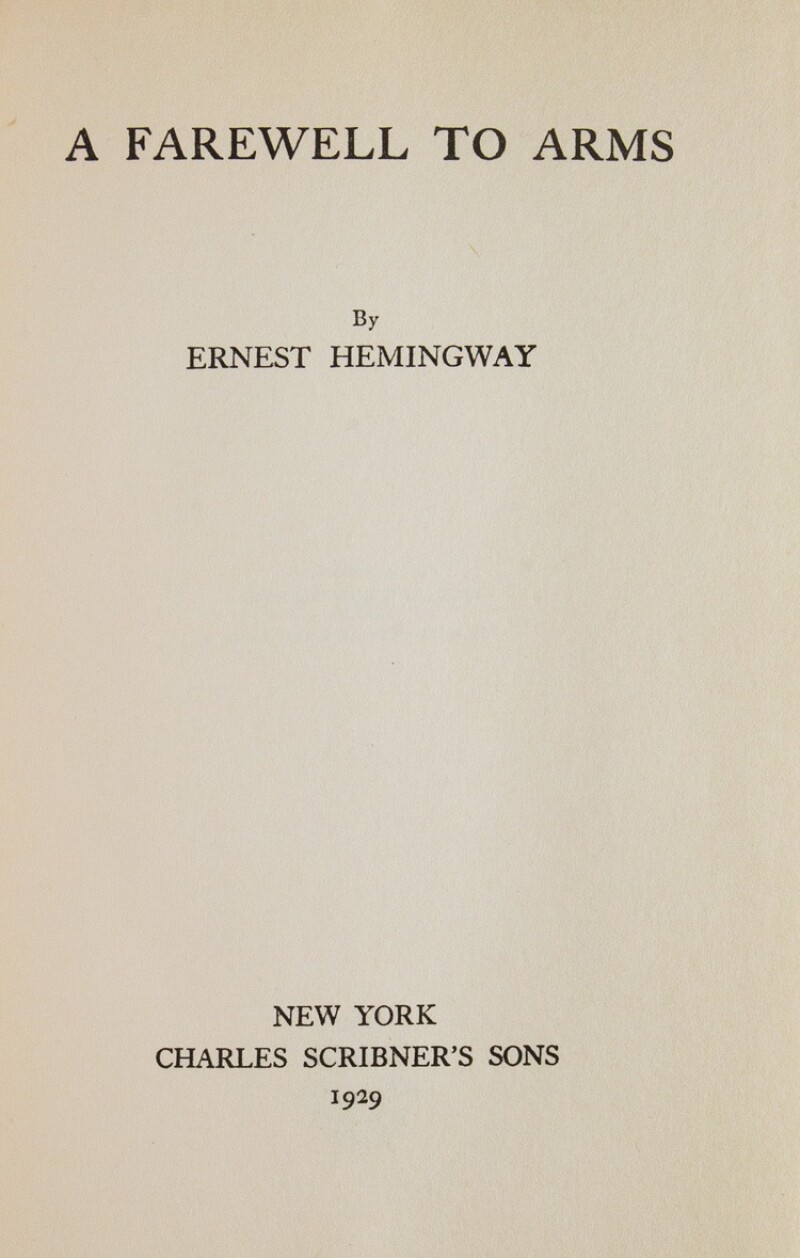 A Farewell to Arms

"His first full-length novel and probably his best ... Its success was so enormous that it may be said to have ended Hemingway's influence as a writer. After it one could no more imitate that musical crystal-clear style; blown like glass from the white-heat of violence" (Connolly)

Set in the Italian campaign during World War One, and based in part on his own experiences, Hemingway's novel is a love story between American soldier, Frederic Henry, and the nurse Catherine Barkley.

It was first serialised in Scribner's Magazine in 1929 and reviewed enthusiastically in the Times and by Gore Vidal. Censors took a dimmer view of some of the language employed, replacing certain words with dashes throughout the text.

With the first appearance of Hemingway's disclaimer: “None of the characters in this book is a living person, nor are the units or military organizations mentioned actual units or organizations.” The disclaimer arrived too late for the first printing, and subsequent editions omitted it.