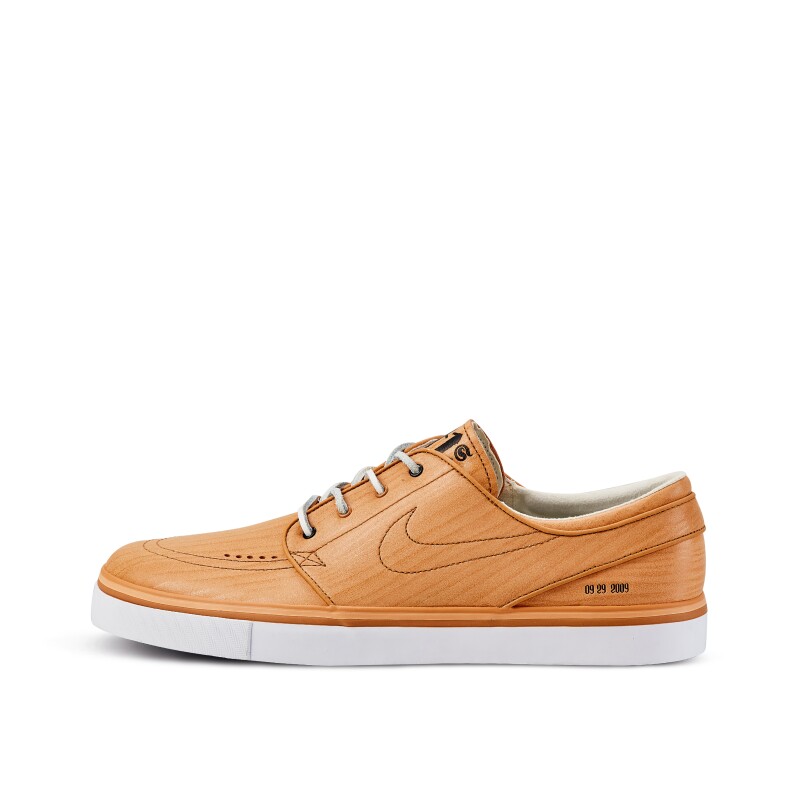 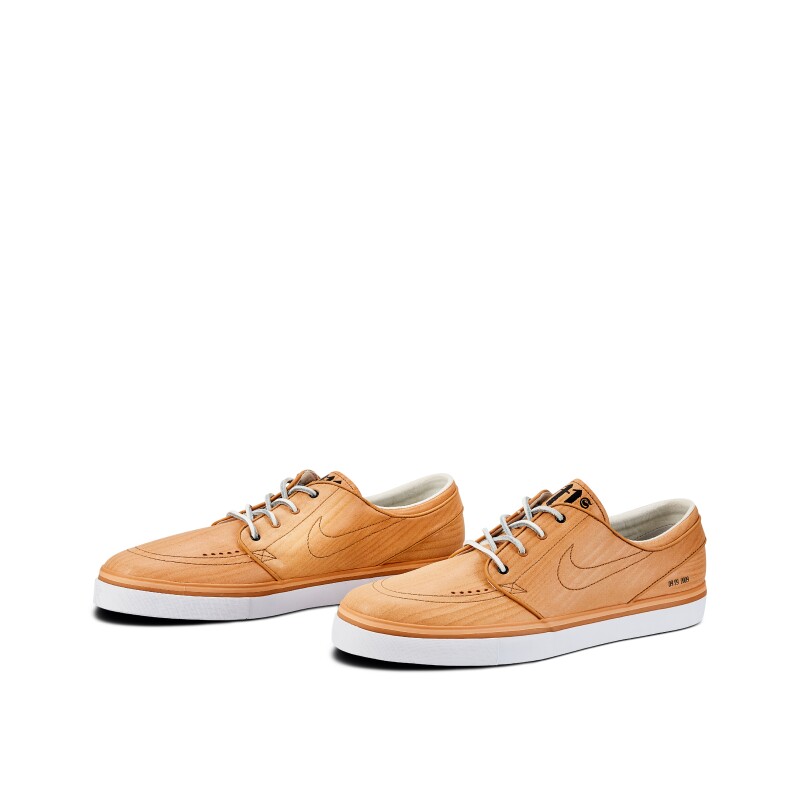 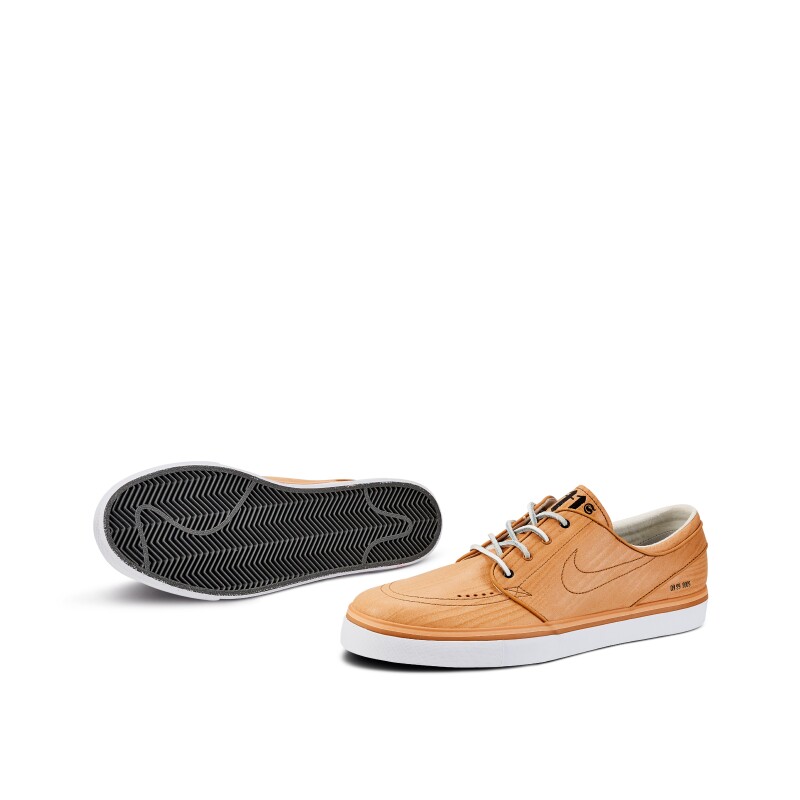 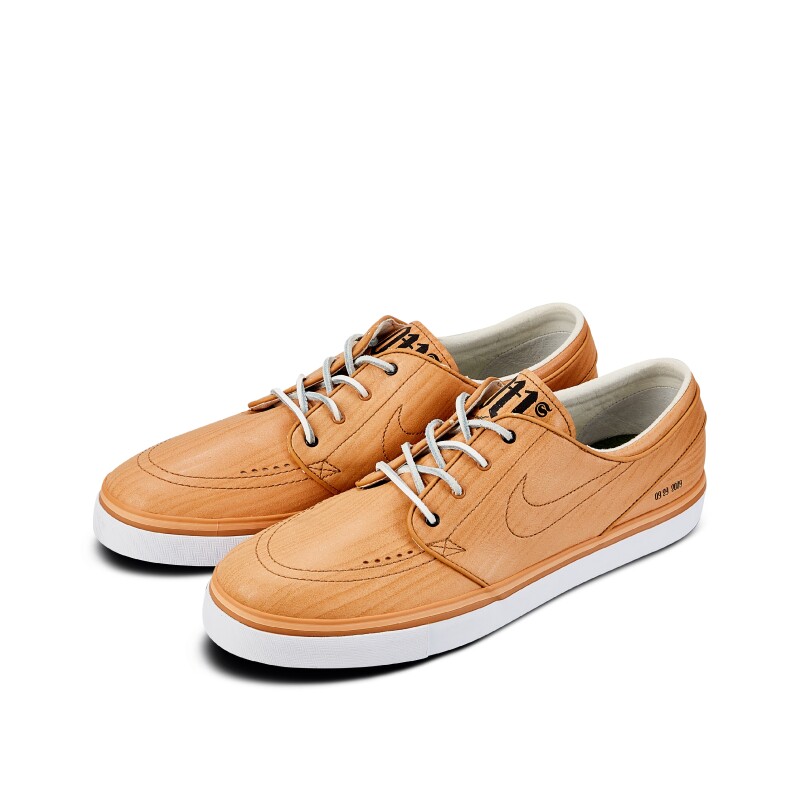 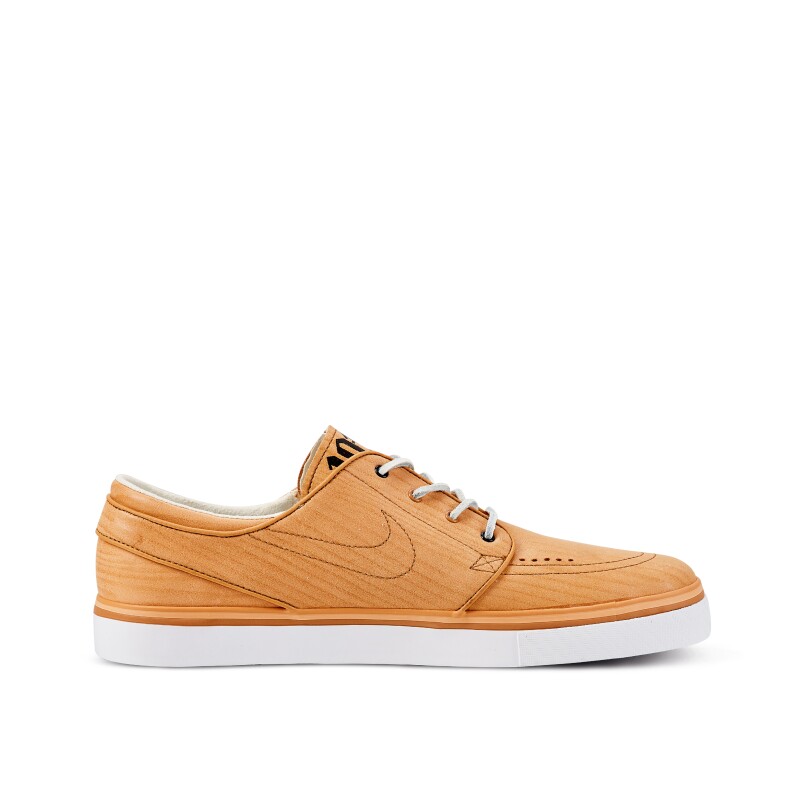 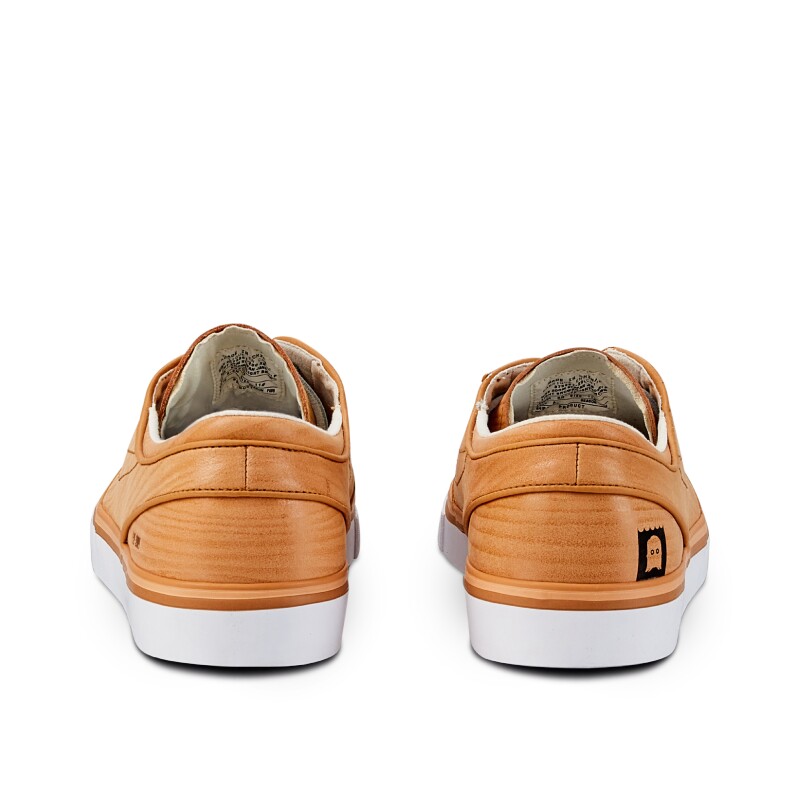 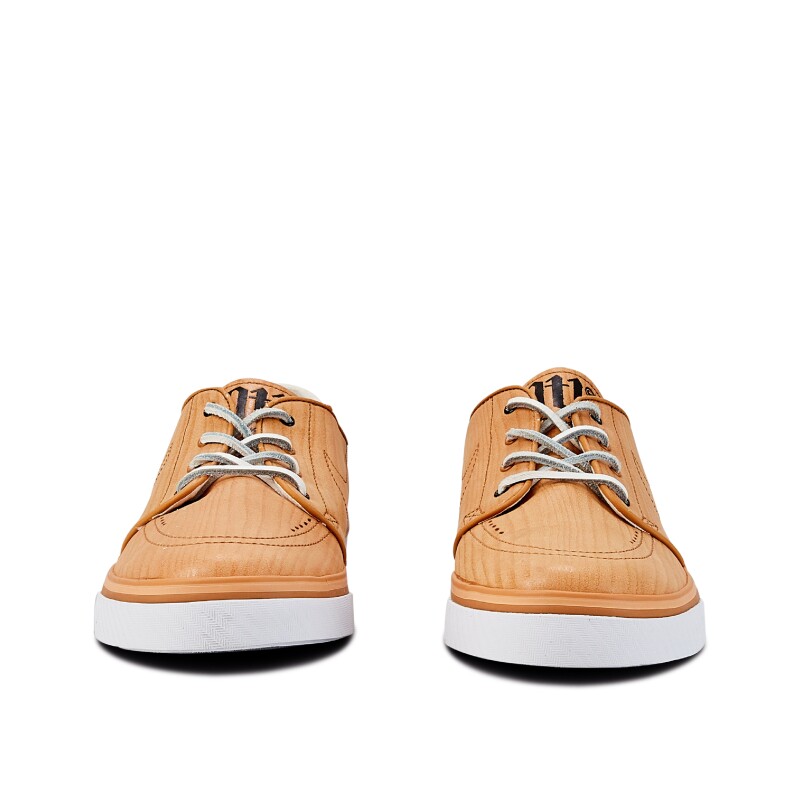 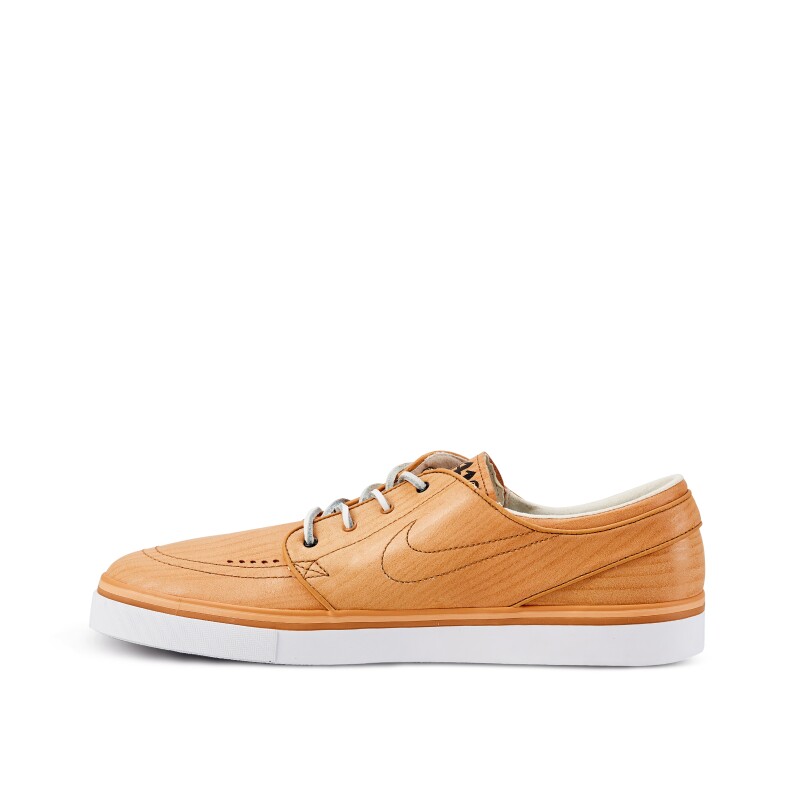 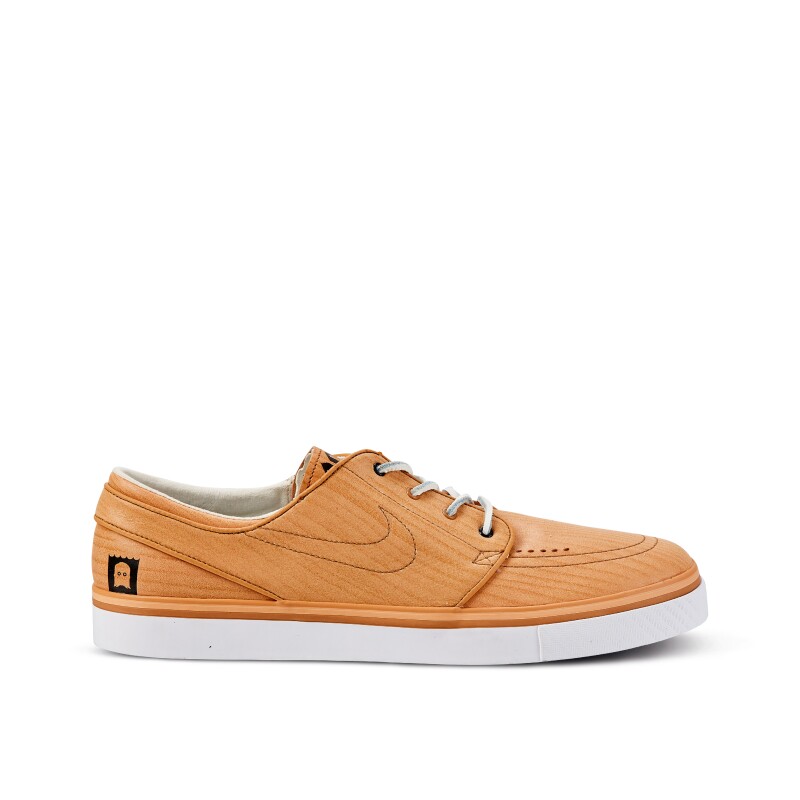 This 2009 collaboration between Nike and Michael Lau celebrates the 10th anniversary of the Hong Kong-based artist’s "Gardener" toy collection. In line with his other Nike releases, the shoes are finished with the famous wood detailing.

Michael Lau, known as the “godfather of designer toys,” is an important figure in the worldwide collectibles scene. Originating from Hong Kong, Lau’s fame is largely due to his talents in illustration and toy design. His work has had a significant influence on toy manufacturers, street culture, as well as other artists and musicians. Lau held his first solo painting exhibition at the Pao Galleries of the Hong Kong Arts Centre in 1993.