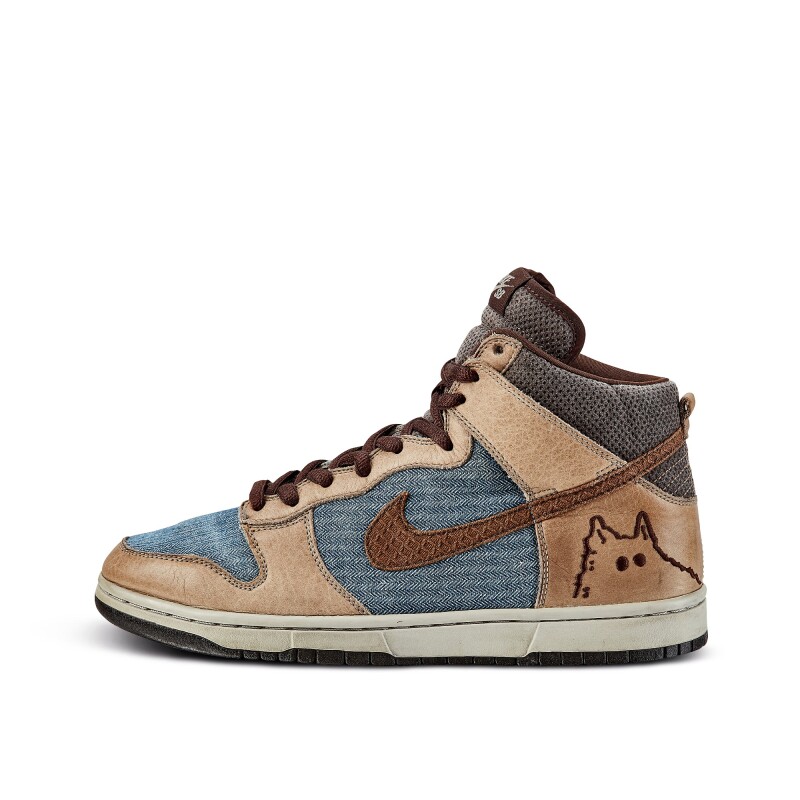 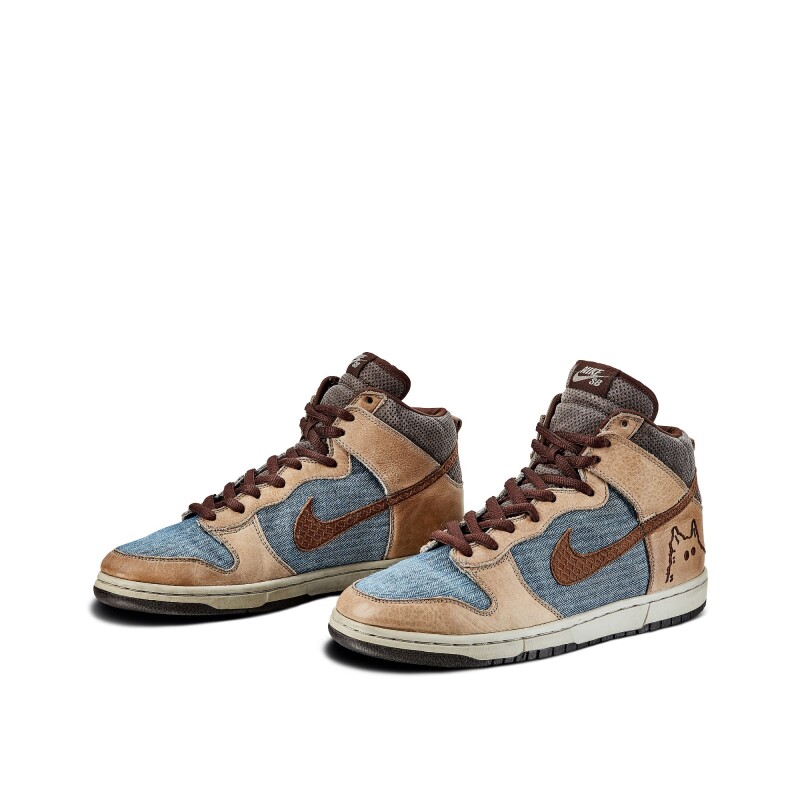 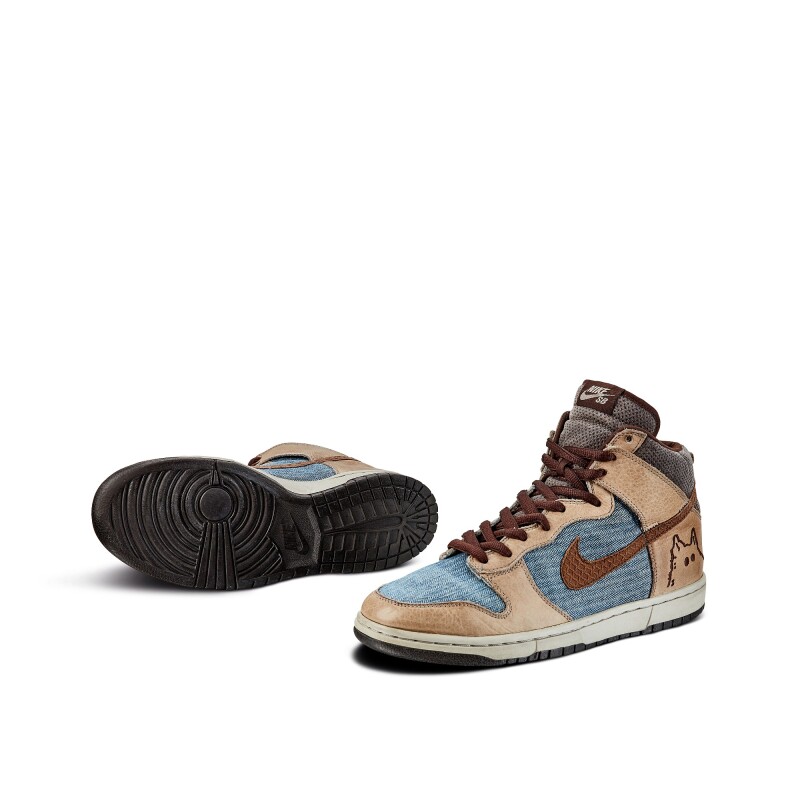 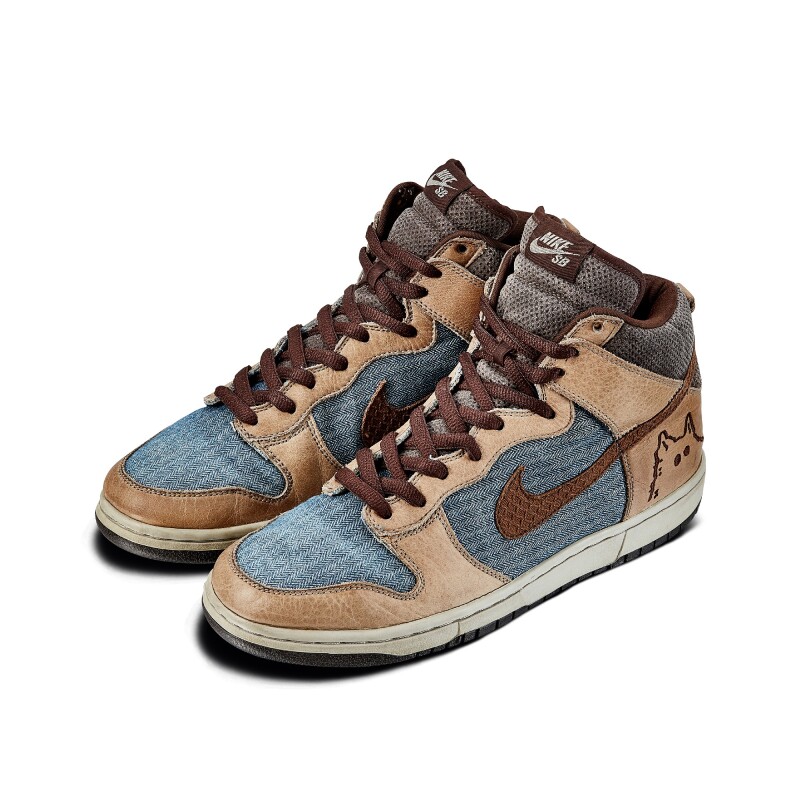 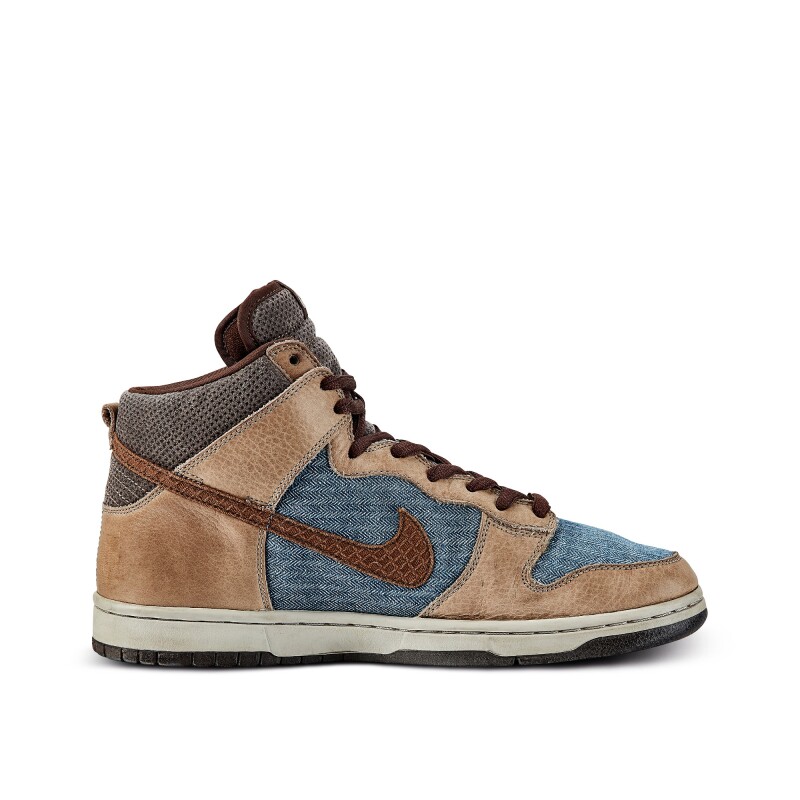 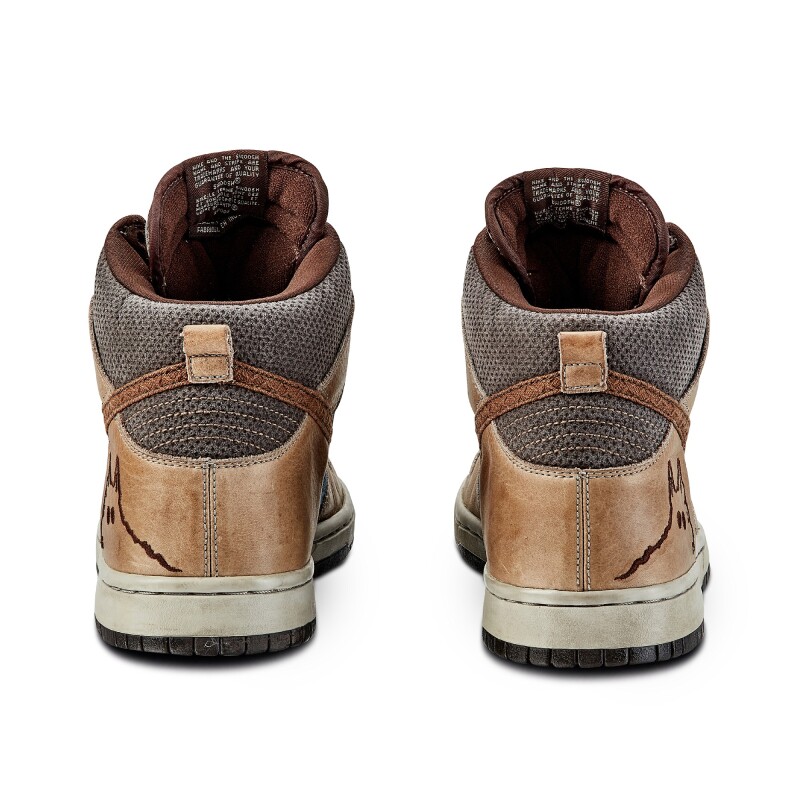 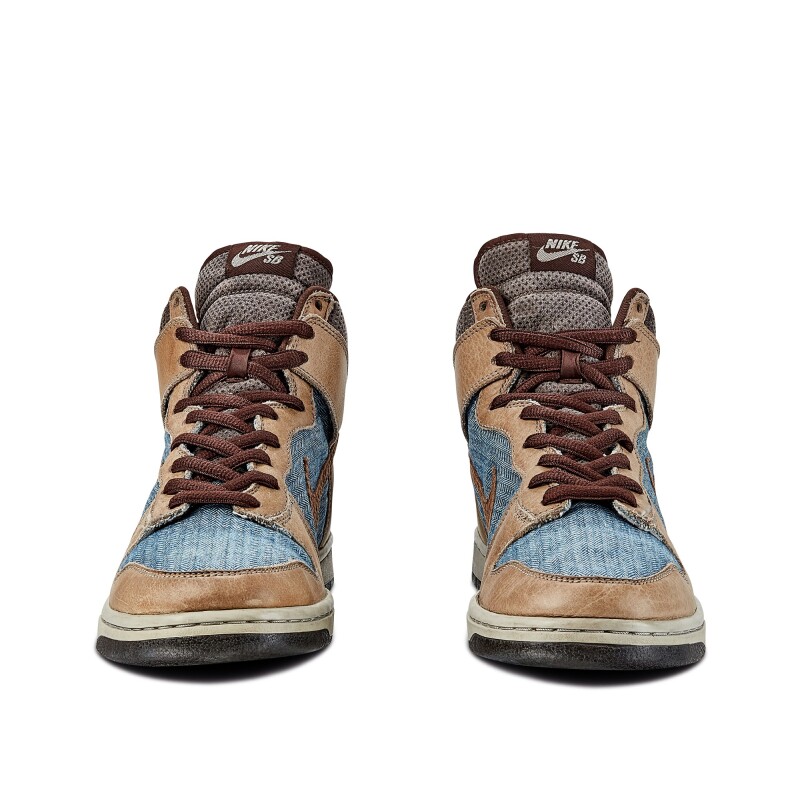 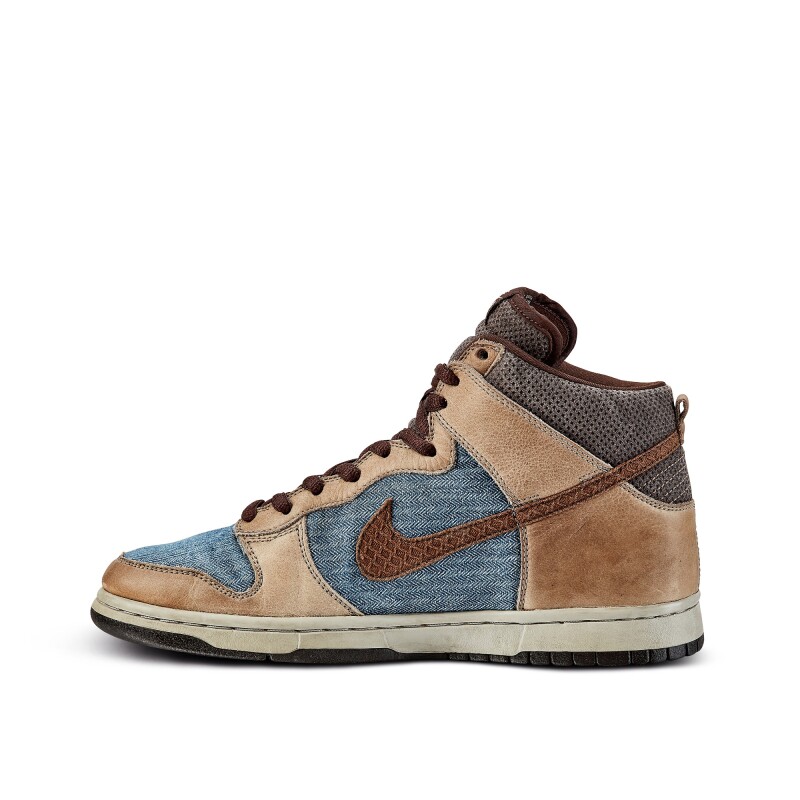 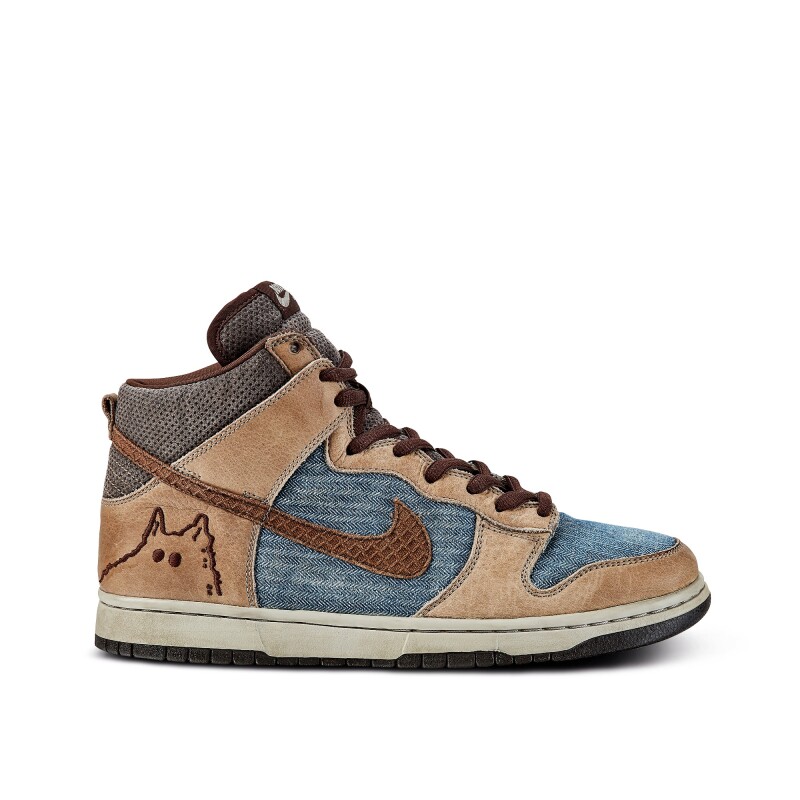 The Nike Dunk High SB ‘Quasimoto’ is a converted collaboration between the indie music label “Stones Throw Records” and Nike Skateboarding. Released in 2006, the sneakers were created in celebration of the music label’s 10th anniversary. It is rumored just 50 pairs were made exclusively for the members of “Stone Throw Records” and their crew.

The design features a skate version of the high-top silhouette. The colorway ‘Quasimoto’ is named after musician Mablib’s alter ego, and consists of earth tone colors and a unique mixture of materials. Blue herringbone twill fabric covers the toe and mid-panel, as tan suede overlays are placed on the forefoot, eyelets, collar, and heel while the insoles feature the “Stones Throw Records” logo. A brown synthetic textile Swoosh is located on either side of the shoe, and the look is finished with a Quasimoto character embroidered onto the lateral panel.

The sneaker’s rarity has made it a grail for collectors globally.

The shoes features an upper made of various fabrics, such as blue herringbone twill covering the toe and mid-panel and earth-toned suede overlays appear on the mudguard, eyelets, collar and heel. The Quasimoto character, an alter ego of musician Madlib, is embroidered onto the lateral panel and makes this a truly one-of-a-kind sneaker collab.

The sneakers are in very good condition and show signs of light wear. They do not come with a box.