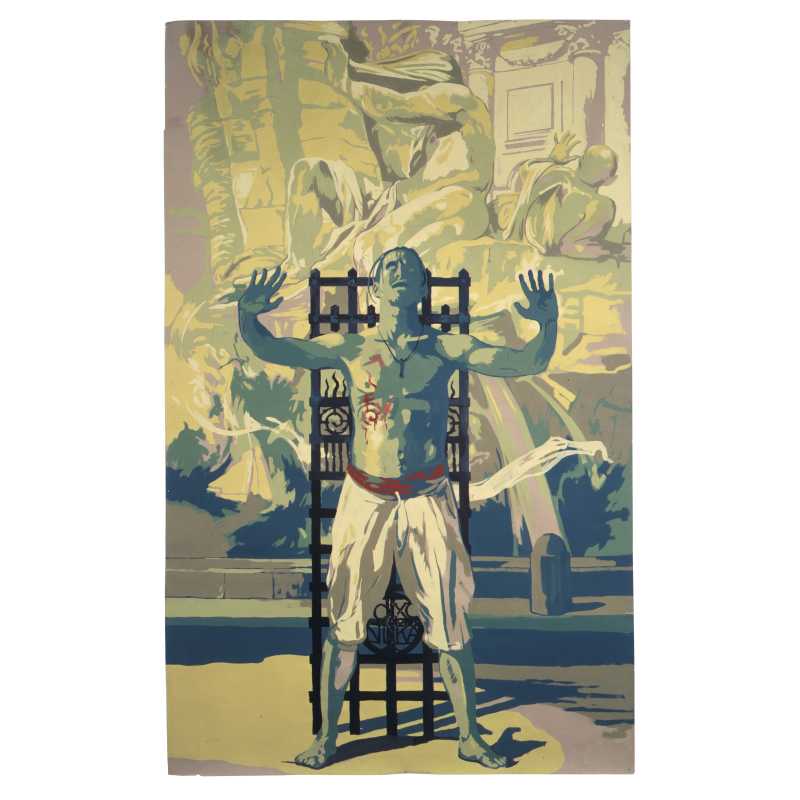 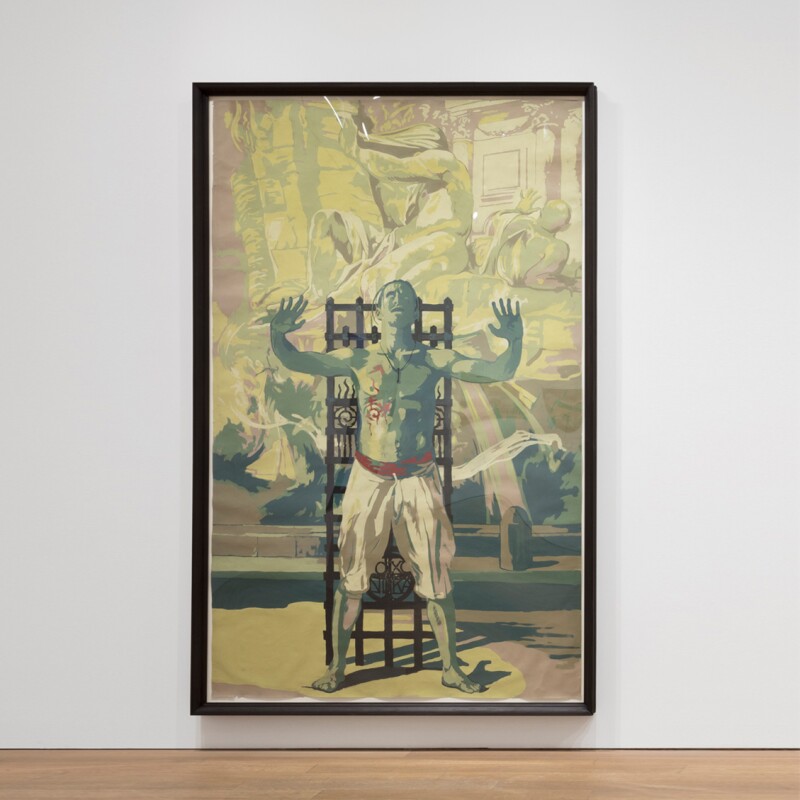 In the 1990s, Matthew Benedict painted a series of near-life-size-scale gouache on paper works of historic saints. Reminiscent of heroic early-20th-century illustration, San Lorenzo of Rome (1993) is depicted in Benedict’s modern graphic style, which he employs to deliberately pull archetypal subjects from the ancient past into the present. Benedict’s interpretations of Catholic saints are integrated into his work as modernized bearers of symbols of the transcendental, and signify his engagement in narrative, myth and religion.

Benedict traveled to Rome for the first time in his early 20s and encountered the renowned Baroque sculptures of Gian Lorenzo Bernini. The artist has noted the influence of Bernini’s work, which is reflected in the dynamic movement and energy of human forms, illustrated in the backdrop of San Lorenzo of Rome.

Good condition; small nick in top edge of frame and another on the back right side of frame.