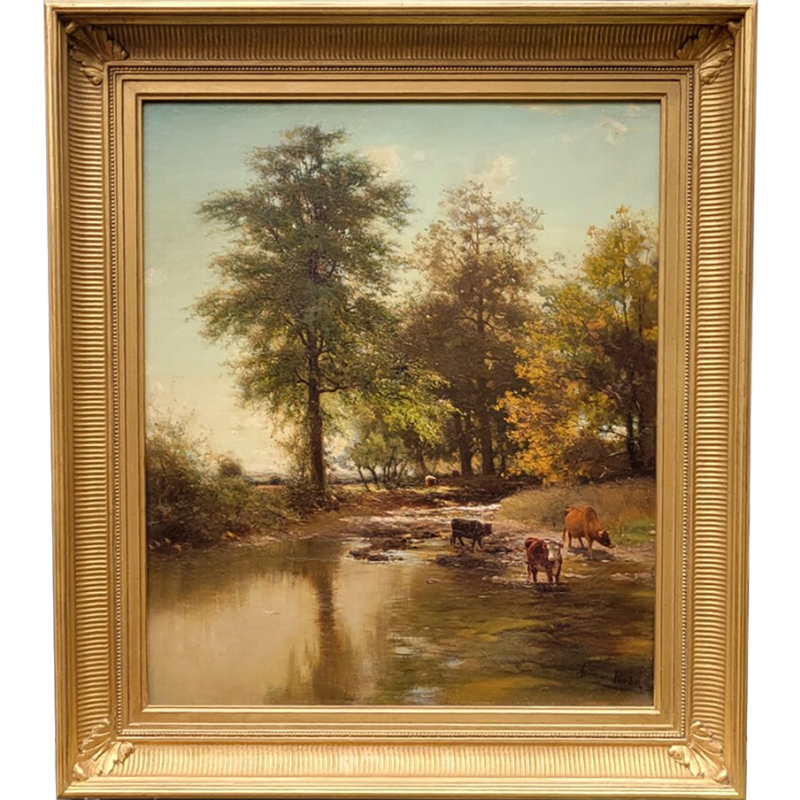 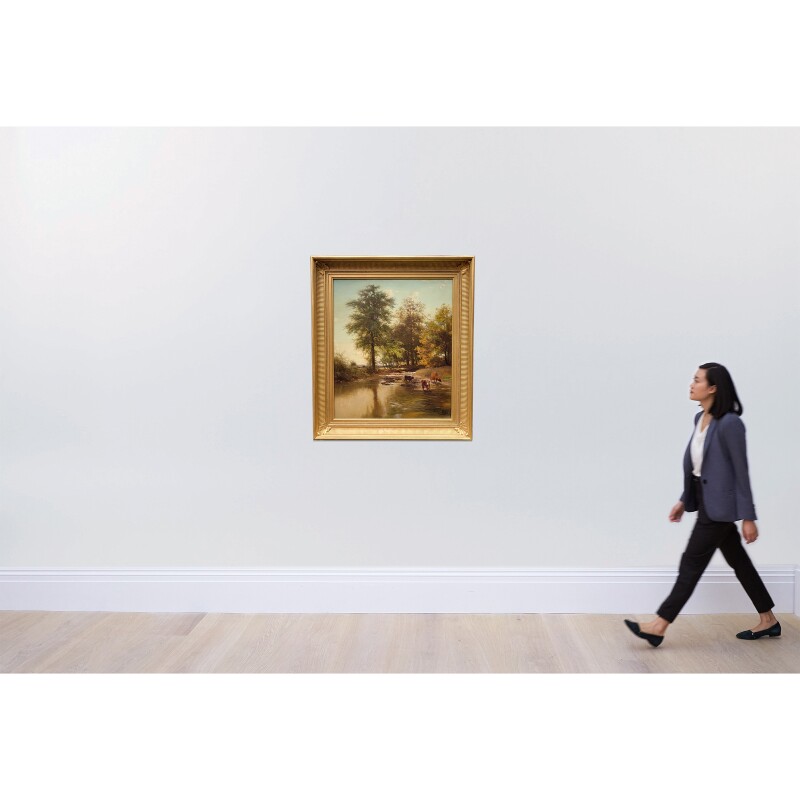 This work is sold in a 19th century-style fluted cove frame.

Known as a Hudson River School painter, especially of mountain landscapes, Arthur Parton was well-established in the New York art world where he exhibited at the National Academy of Design for more than half a century. He was born in Hudson, New York to a religious family supported by a cabinetmaker father. He enrolled in the Pennsylvania Academy of Fine Arts as a student of William Trost Richards, who remained a strong influence, and in 1862, his first exhibitions were in Philadelphia.

In 1864, he moved to New York City where he exhibited regularly with the National Academy of Design, excepting 1869 when he spent a year in Europe and was influenced by the Barbizon style of painting.

In 1874, he and his wife moved into the Tenth Street Building in New York City, and he kept his studio there until 1893. In 1876, he gained much national notoriety at the Philadelphia Centennial Exposition for his painting "November, Loch Lomond and Solitude."

He spent summers painting in the Adirondacks and Catskill Mountains and also in England and Scotland as indicated by his entry at the Philadelphia Exposition. During his career, he explored several styles including Tonalism and Impressionism, but seemed to remain most closely influenced by the Hudson River style including Luminism.