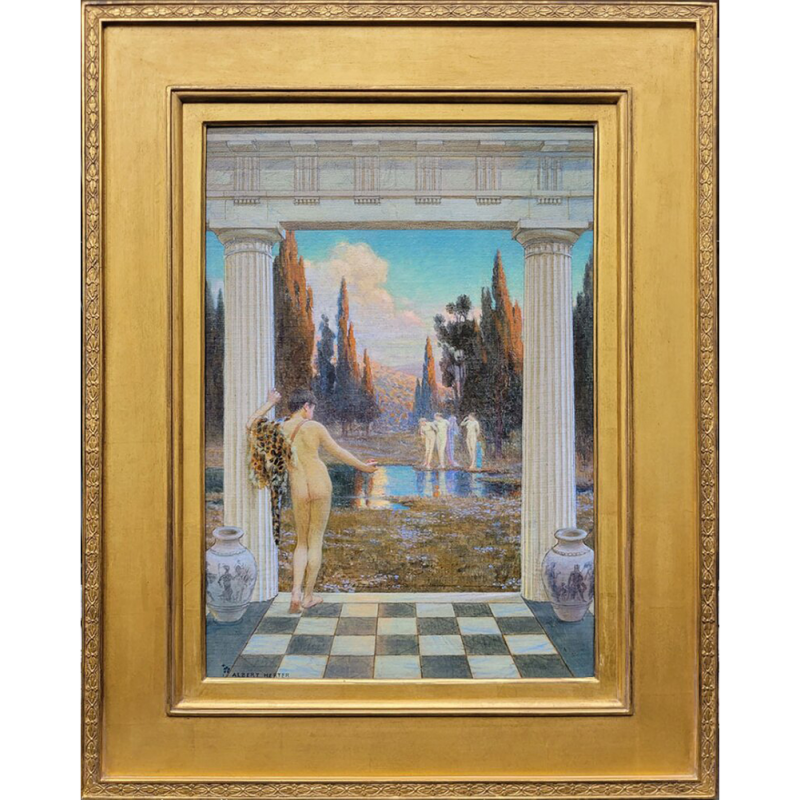 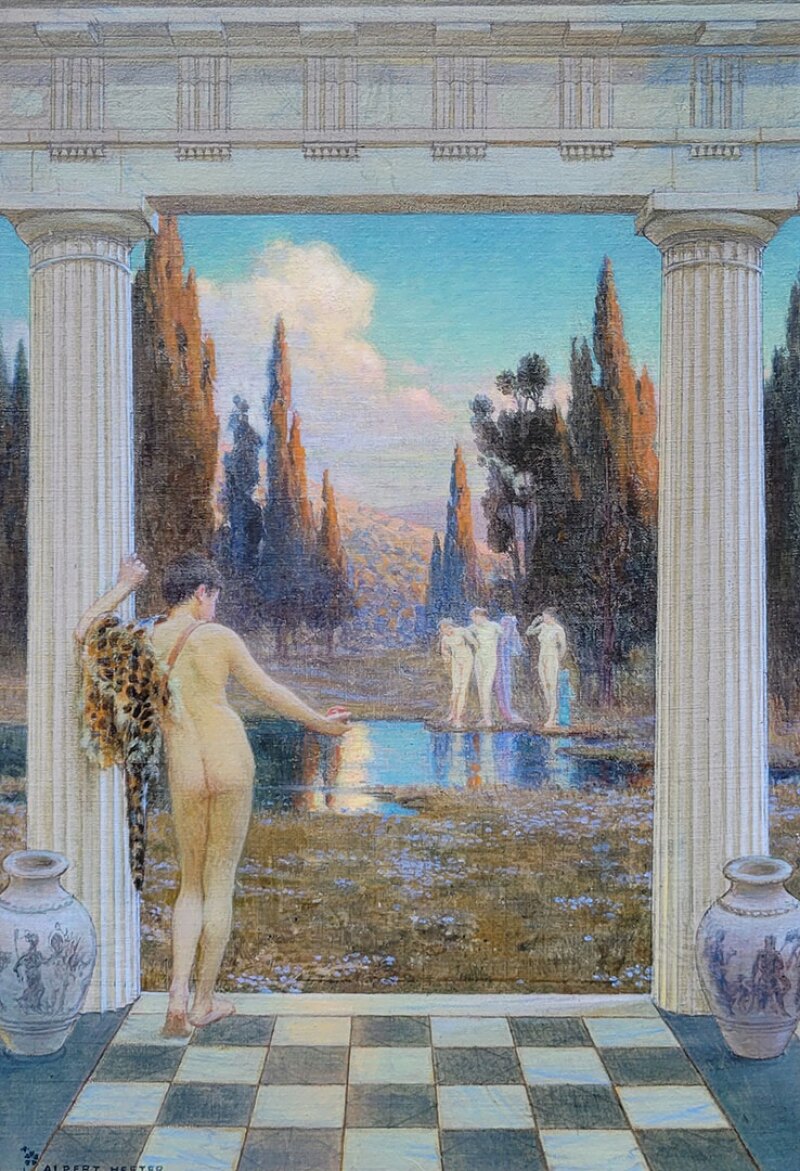 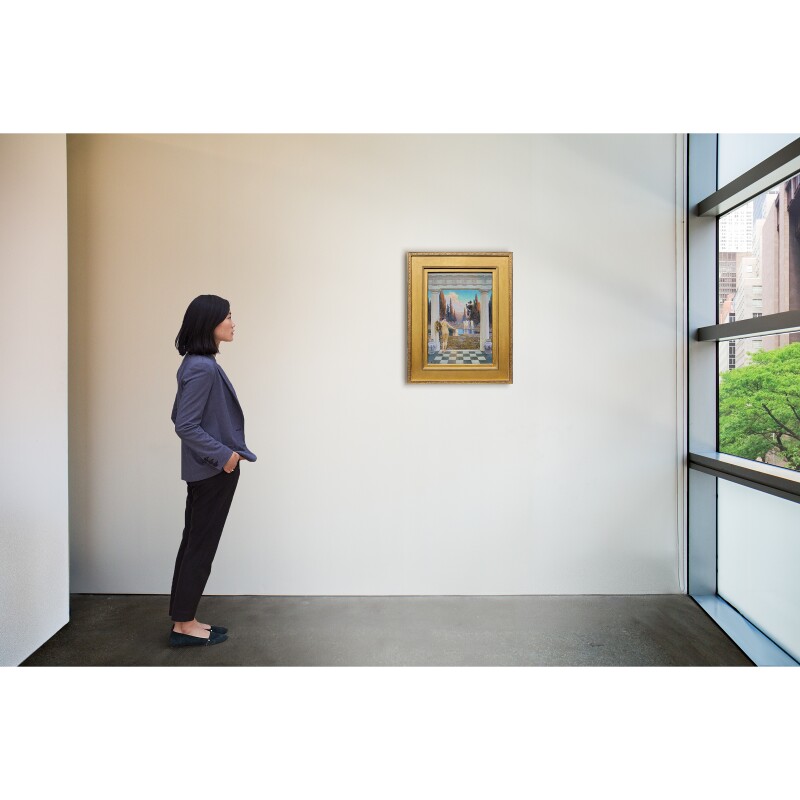 Oil on canvas laid down on board

This work is sold in a fine-quality Neoclassical-style giltwood frame.

Albert Herter is best remembered in East Hampton, New York for two reasons: as the original owner of the Creeks, the extravagant 60-acre estate on Georgica Pond, later the home of the painter Alfonso Ossorio and the dancer Ted Dragon and now owned by Ronald Perelman; and as the father of Christian Herter, Dwight D. Eisenhower’s second Secretary of State. Some might say he should be better known as an artist, for before his death in 1950, he was celebrated for his historical murals.

But time has not been kind to the Maxfield Parrish or N.C. Wyeth style that to some extent Albert Herter often emulated, probably because these painters are thought of as mere illustrators rather than true artists. Time has its benign side as well, for nostalgia seems to envelop everything remotely interesting from the past these days, and Albert Herter is no exception.

In a new slim volume of stories, A Dubious Lineage, the Herter family has for the first time published some reminiscences Mr. Herter wrote of his childhood and marriage and about painting, including a family genealogy as well as a beautifully written postface by Patsy Southgate.

Excerpted from a review by Richard Dunn of the book, Herter, A Dubious Lineage, organized by his family.

Margot Johnson, New York, acquired directly from the above, 2005;

This work is in excellent original condition.