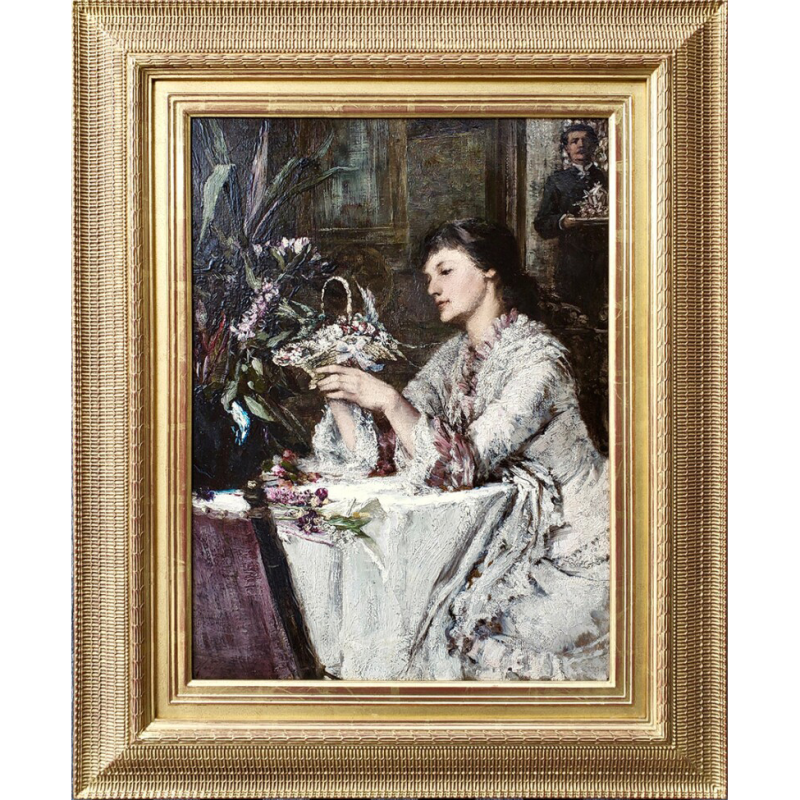 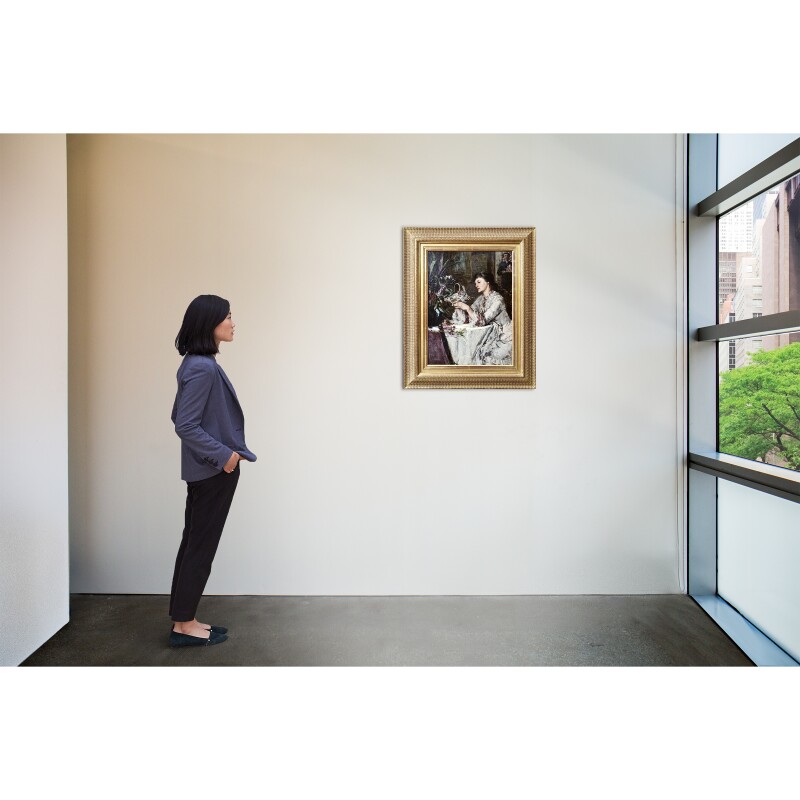 This work is sold in a carved giltwood frame.

Painter, etcher, illustrator and teacher, William St. John Harper was active for many years in the environs of New York City including East Hampton. He received his first instruction with John Whittaker at the Brooklyn Academy of Design. From 1872 to 1875, he studied in antique and life classes at the National Academy of Design with Thomas Le Clear and Lemuel Wilmarth, and there won an honorable mention his first year in life drawing. He also studied in Paris with Leon Bonnat and Mihaly Munkacsy. In New York City, Harper became one of the organizers of the Art Students League, which he served as a teacher and President in 1881. At the League, he also took classes, including from William Merritt Chase and Walter Shirlaw. In 1879, he became manager of the art department for the New York Daily Graphic newspaper and also did illustrations that appeared in Harper’s Weekly and Scribner’s. As a painter and illustrator, he was especially noted for his images of women and children. However, he was a sporadic painter, and only occasionally exhibited at the National Academy of Design. In 1892, he won the Thomas B. Clarke Prize from the Academy for an exhibited painting titled Autumn, and shortly after, he was elected an Associate member. Harper also became a teacher at Cooper Union and Newark Technical School in New Jersey. Memberships included the Artists’ Aid Society and New York Etching Club. He exhibited at the National Academy of Design and New York Etching Club, and was a prize winner at the Pan-American Expo, Buffalo, 1901. Harper conducted a summer art school in East Hampton in 1898.

This work is in excellent original condition.