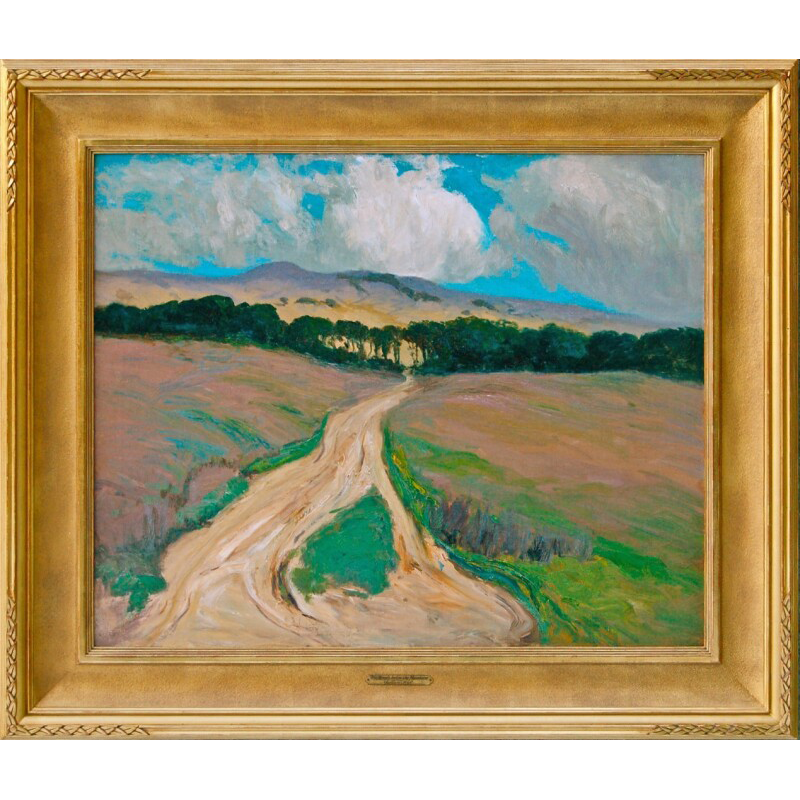 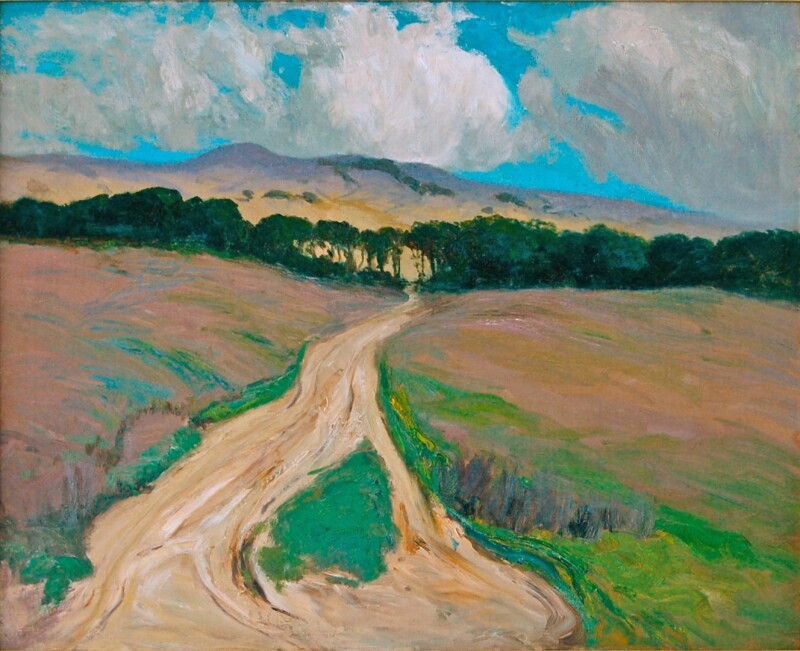 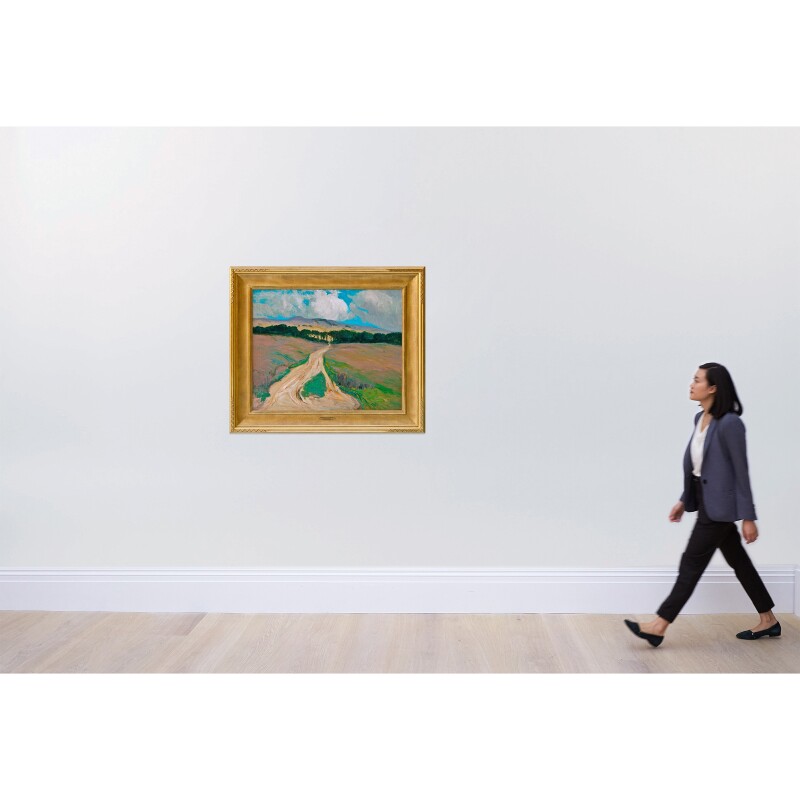 The Woods Below The Mountains

This work is sold in a fine giltwood frame.

Known for poetic landscapes, often sunset, illuminated by atmospheric light, Julian Walbridge Rix was early in his career an active painter in California and then on the East Coast. He was born in Peacham, Vermont on December 30, 1850 and moved with his family to San Francisco in 1853. He returned to Peacham four years later to live with his grandmother and graduated from Peacham Academy in 1868. He returned to San Francisco, where he was apprenticed to a trading firm and later worked in a paint store, painting signs and doing decorative work.

Primarily self-taught, he was briefly a pupil of Virgil Williams at the School of Design. He became close friends with Amédée Joullin and Jules Tavernier, and when the latter established an art colony in Monterey in 1876, Rix was one of the “Bohemians” who followed him there. His studio in Monterey was in the French Hotel, but in 1879, he returned to San Francisco and shared a studio with Tavernier at 729 Montgomery Street. The art market in San Francisco during this period was not a healthy one, which prompted Rix to move to Paterson, New Jersey in 1880 and subsequently establish a studio in New York City. This milieu was what he seemed to need to find artistic success. His work was exhibited at the National Academy of Design during the 1880s. He studied art briefly in Europe during 1889 and upon his return, he found that his watercolor and oil paintings were in great demand in the East.

He maintained an active interest and participation in the San Francisco art scene, and in 1883, sent back 200 paintings for a successful solo show. In 1888, his illustrations appeared in “Picturesque California.” Rix returned to California for several months in 1901 and painted the valleys and mountains near Monterey and Santa Barbara. A handsome man with a New England accent and blond sideburns, he never married and was called the Adonis of the profession. Following a kidney operation, Rix died in New York City on November 24, 1903 and was buried in the cemetery plot of a patron-friend in Paterson, New Jersey.

Original name plaque on frame, titled "The Woods Below The Mountains"