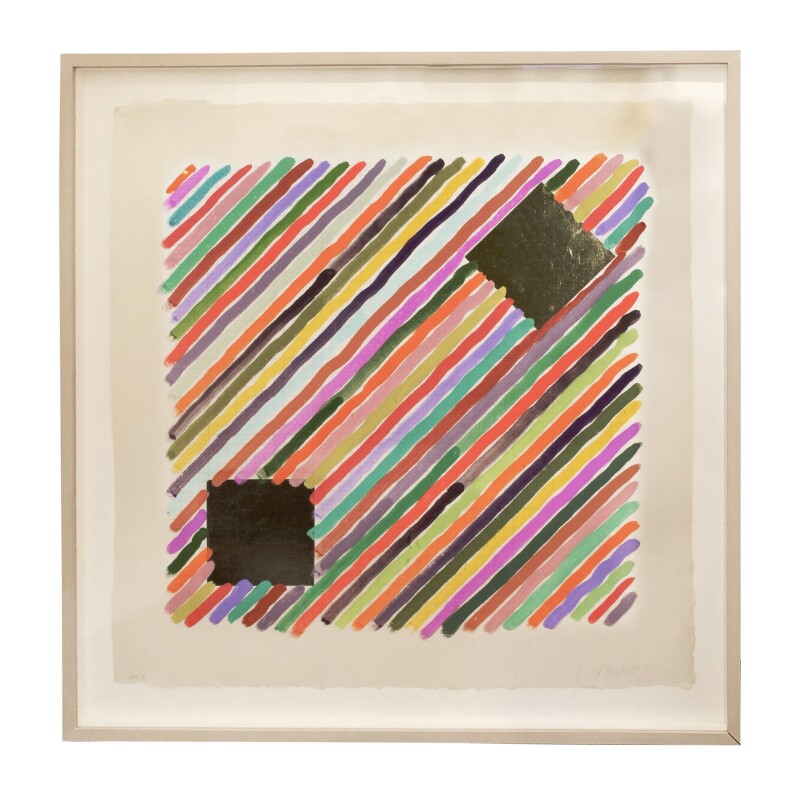 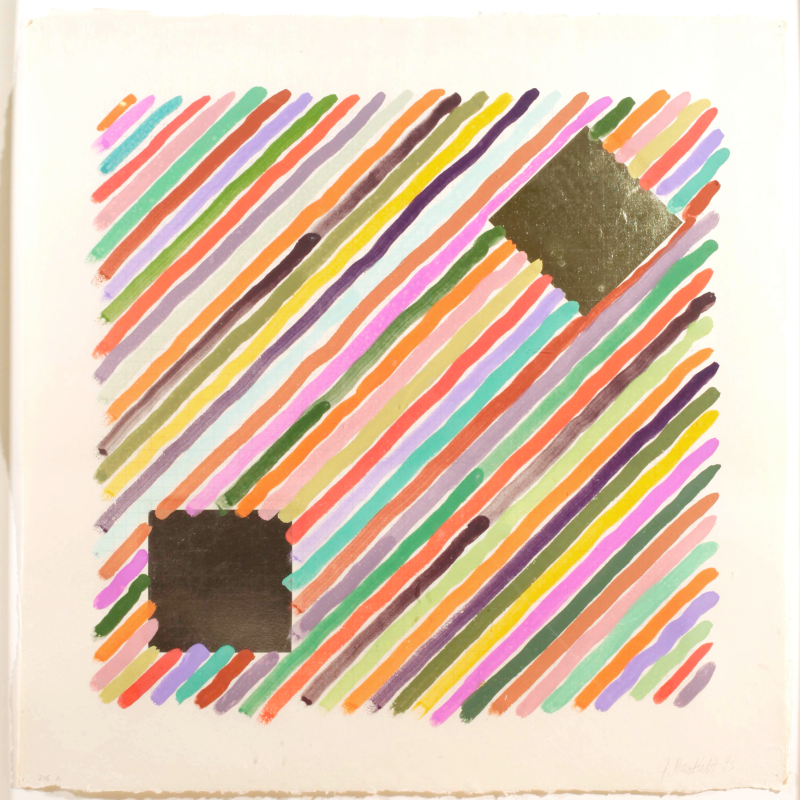 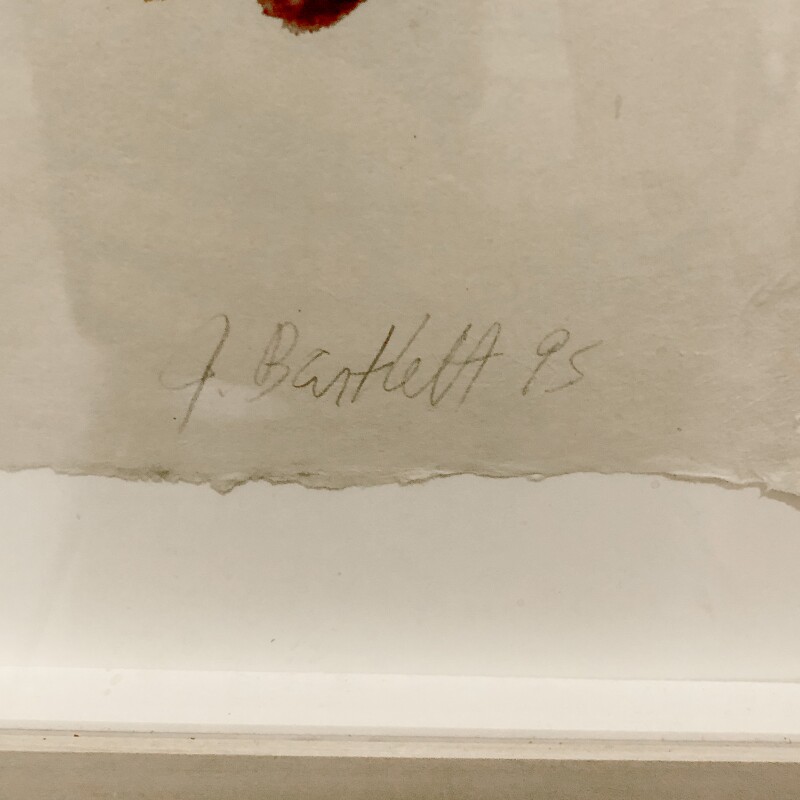 Jennifer Bartlett is known for her room-sized installations ranging in medium, that explore her immediate environments including houses, mountains, trees, gardens and the ocean. Inspired by Minimalism, she started working on square steel enameled plates in 1968 on which she went on to create her most notable works. Rhapsody (1975-1976), a polyptych first installed at Paula Cooper Gallery filling the entirety of the gallery, included hundreds of these painted steel plates. That work is now part of the permanent collection of the Museum of Modern Art, New York. Her work has moved from Abstract Expressionism to Minimalism to Conceptualism with some works touching on all at once. Working in two dimensions and occasionally moving to three, her works often start in a controlled, mathematical abstraction and move to more painterly realism.

Acquired from artist's studio by the present owner

Excellent condition. Paper has decked edges. Pinhole in each corner.