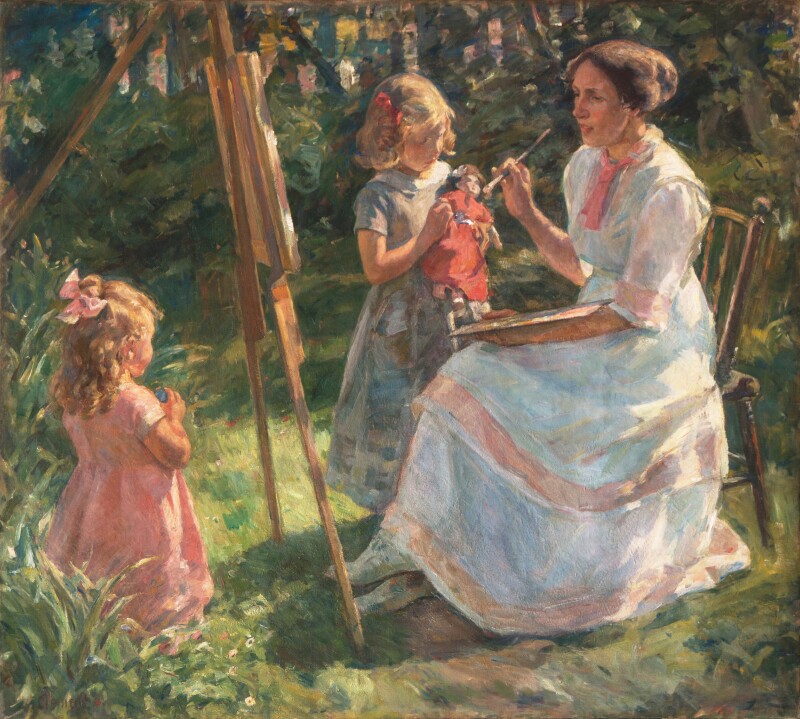 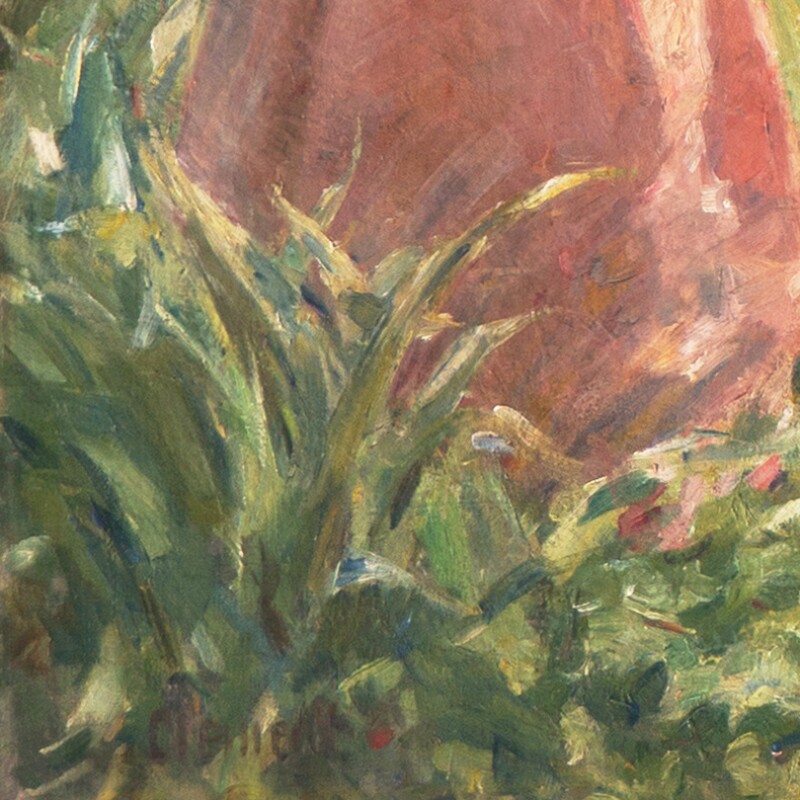 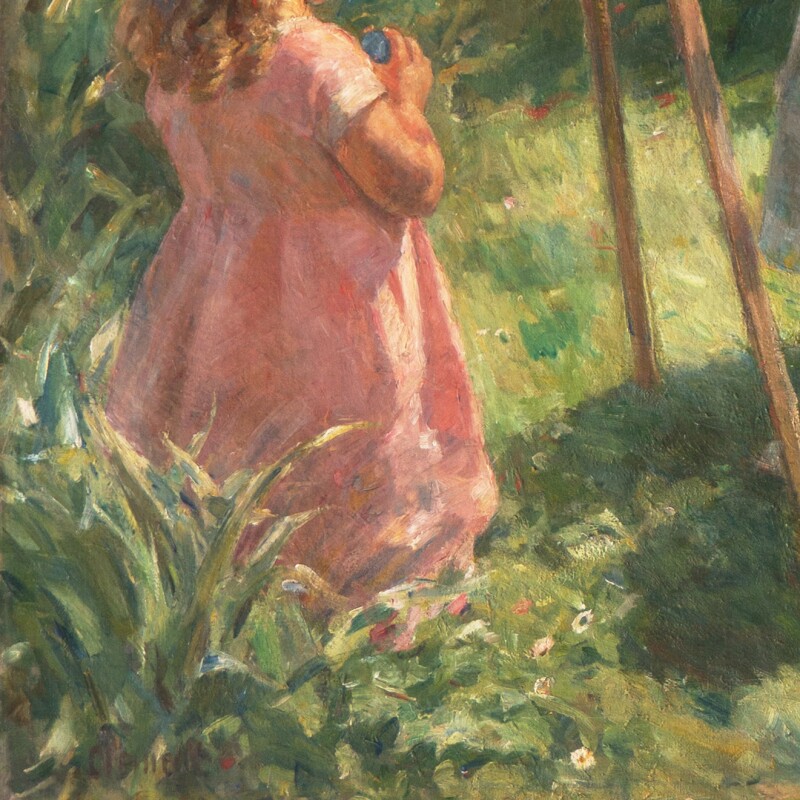 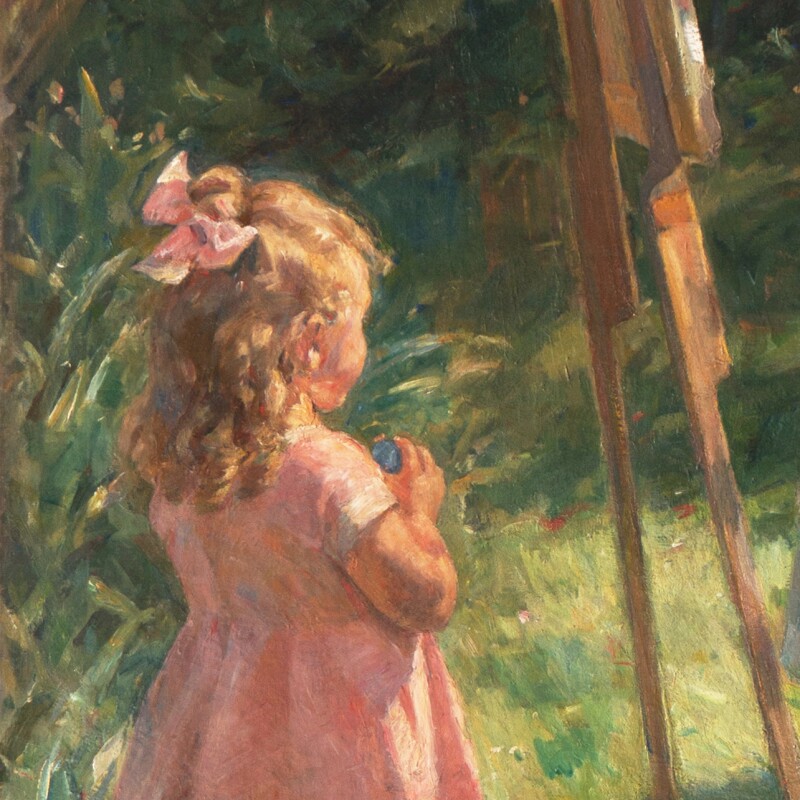 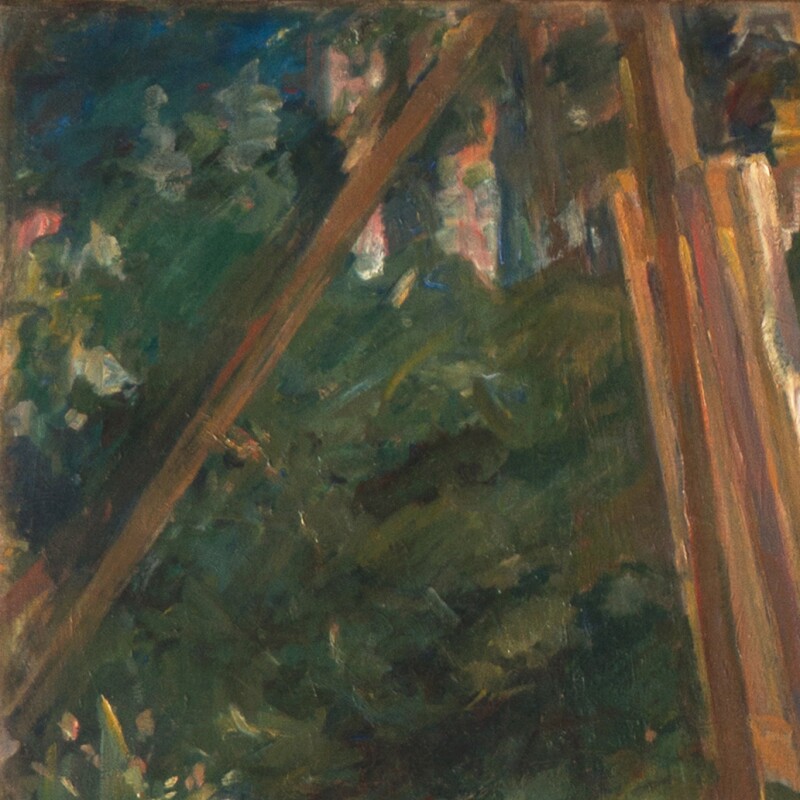 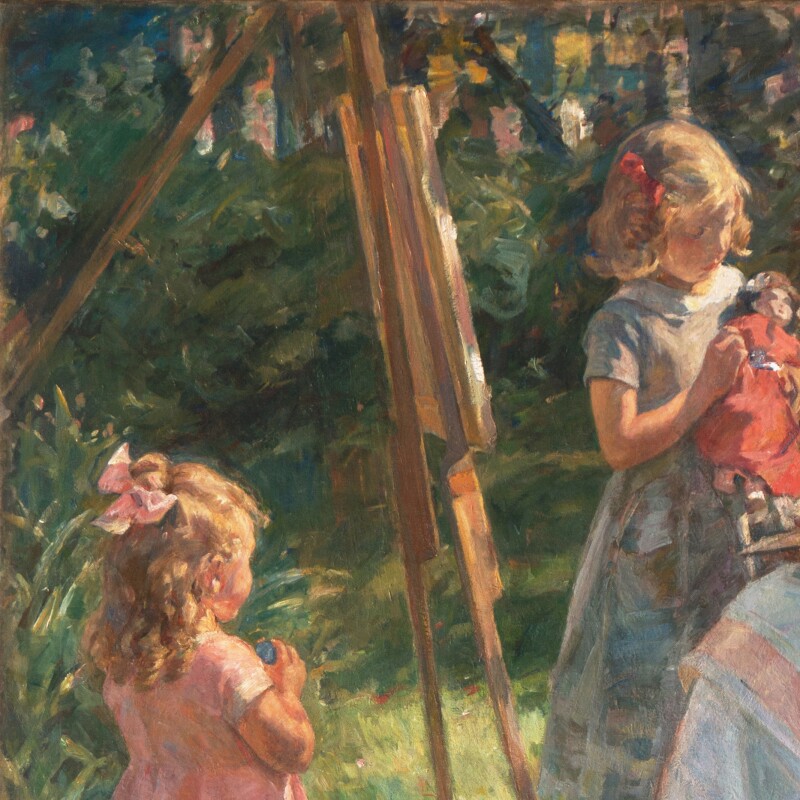 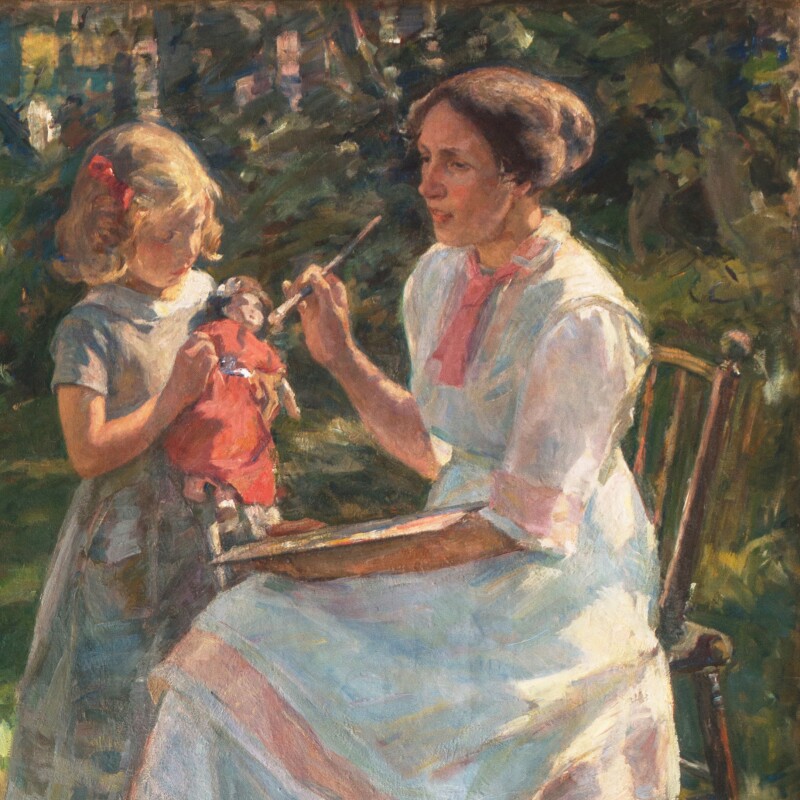 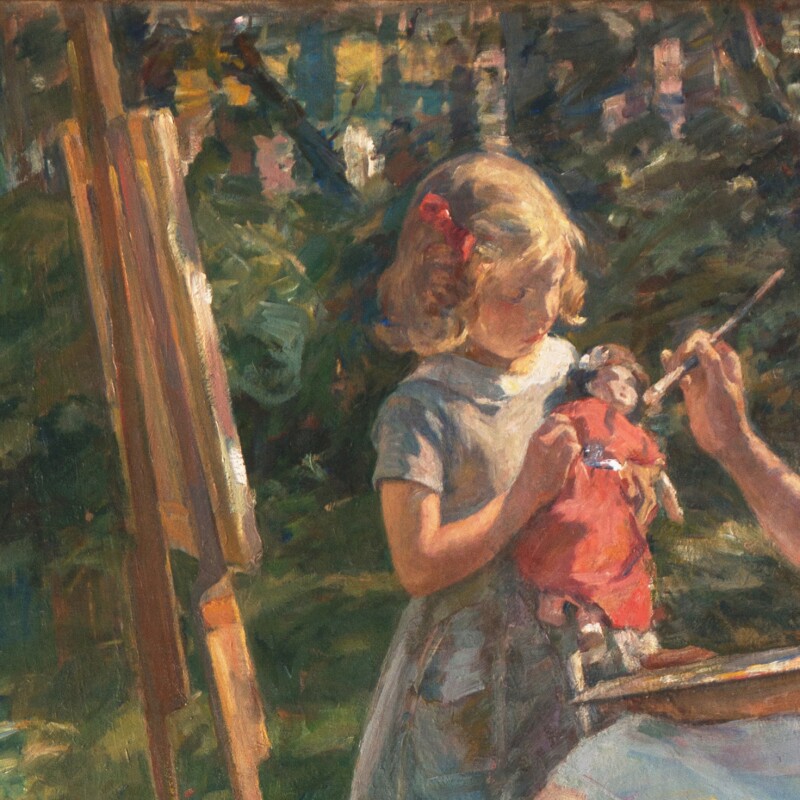 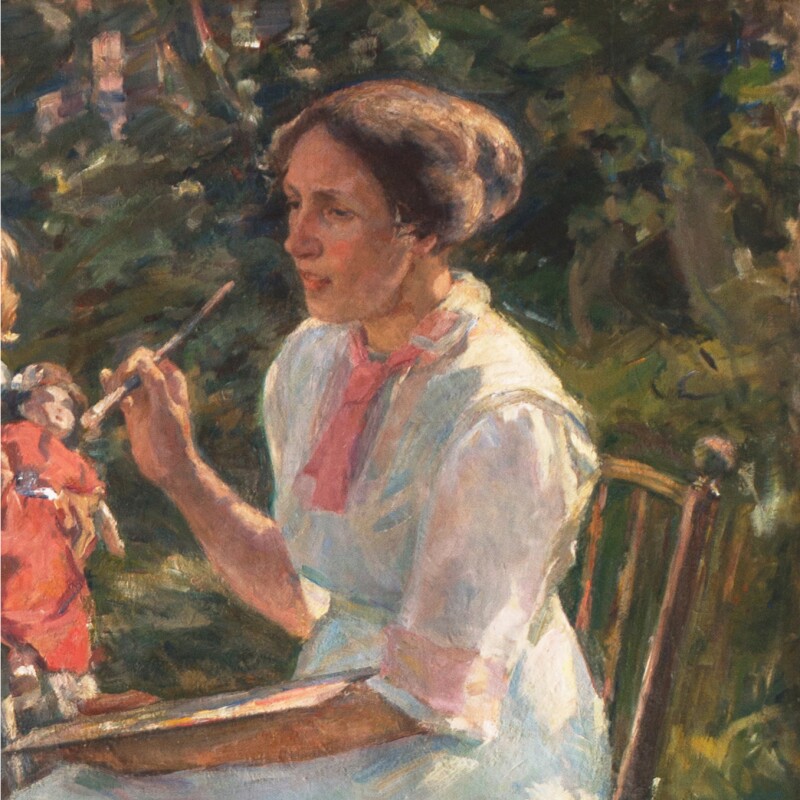 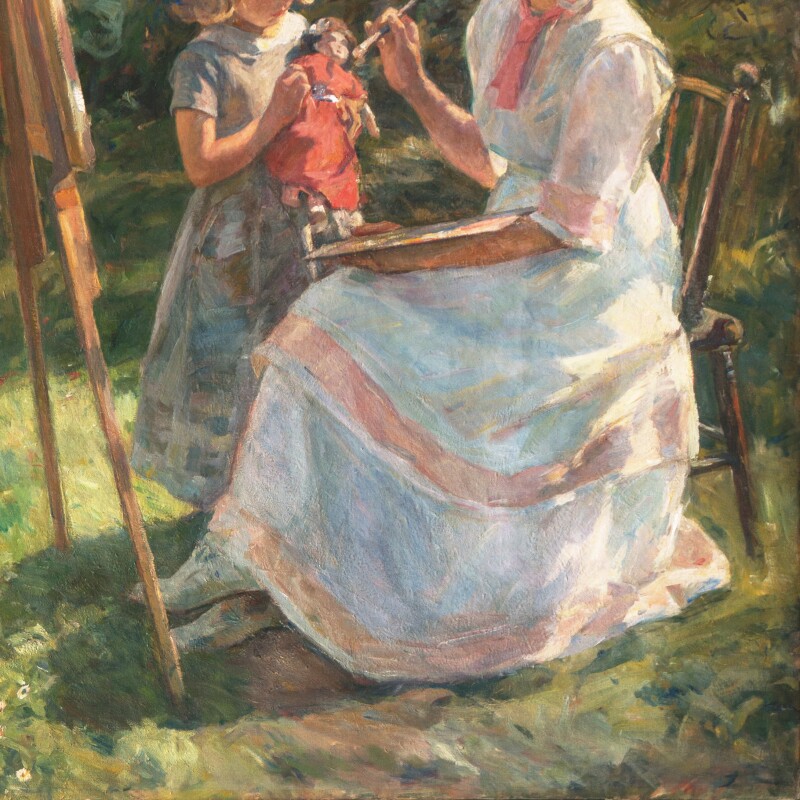 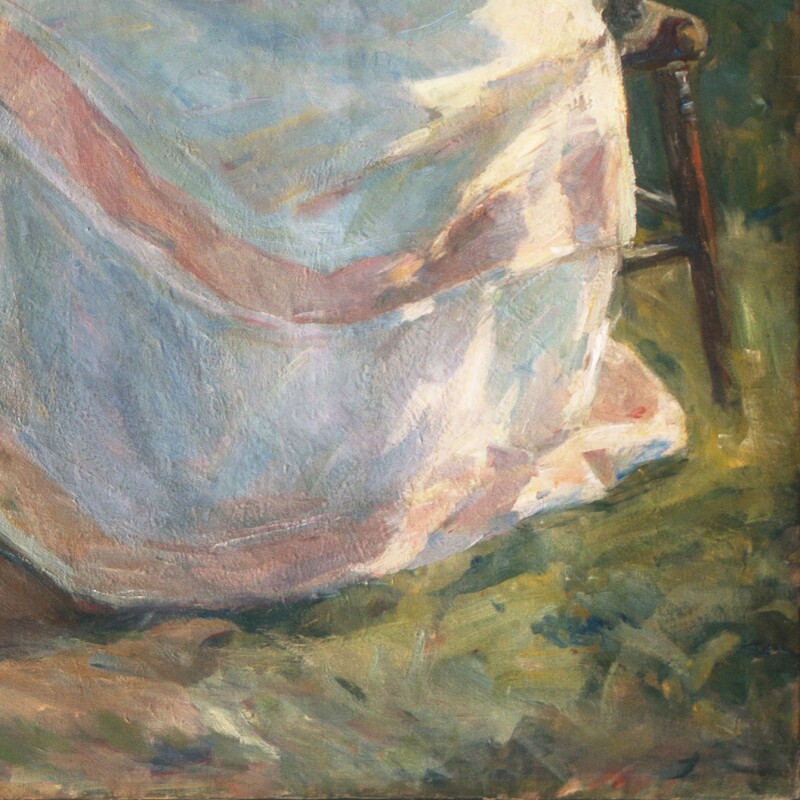 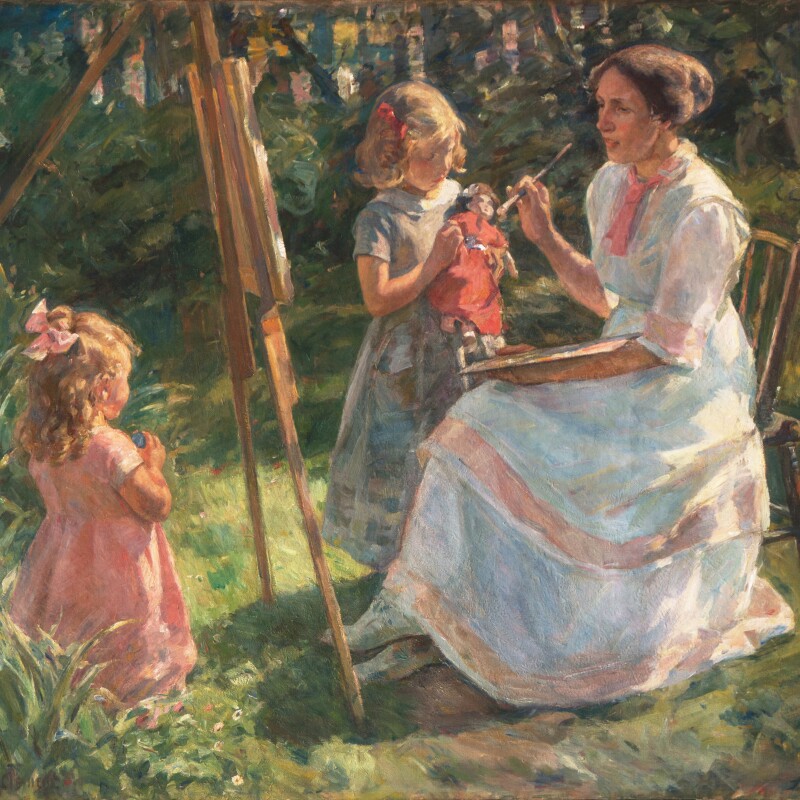 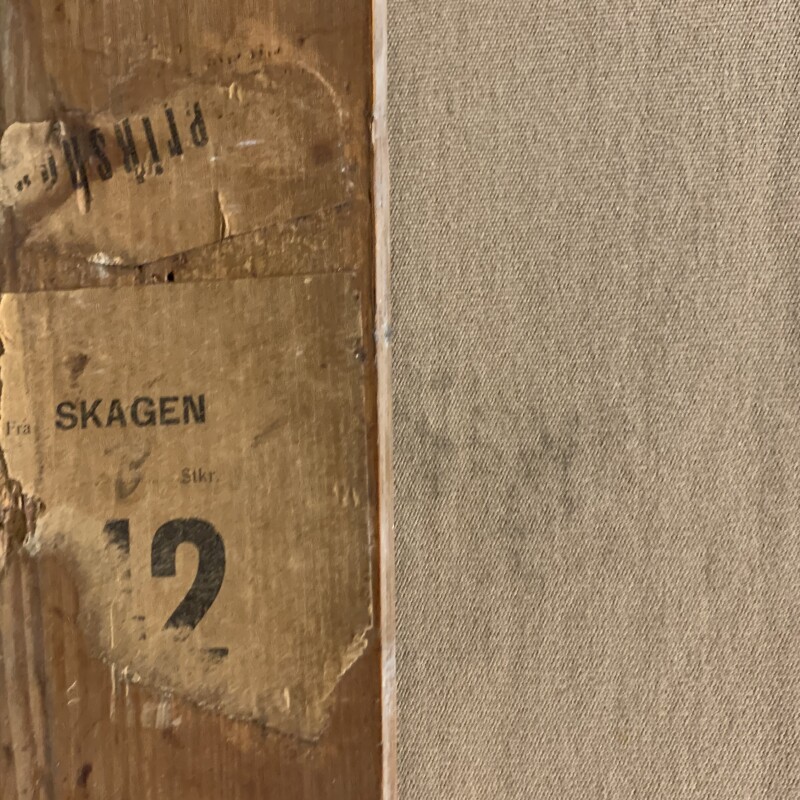 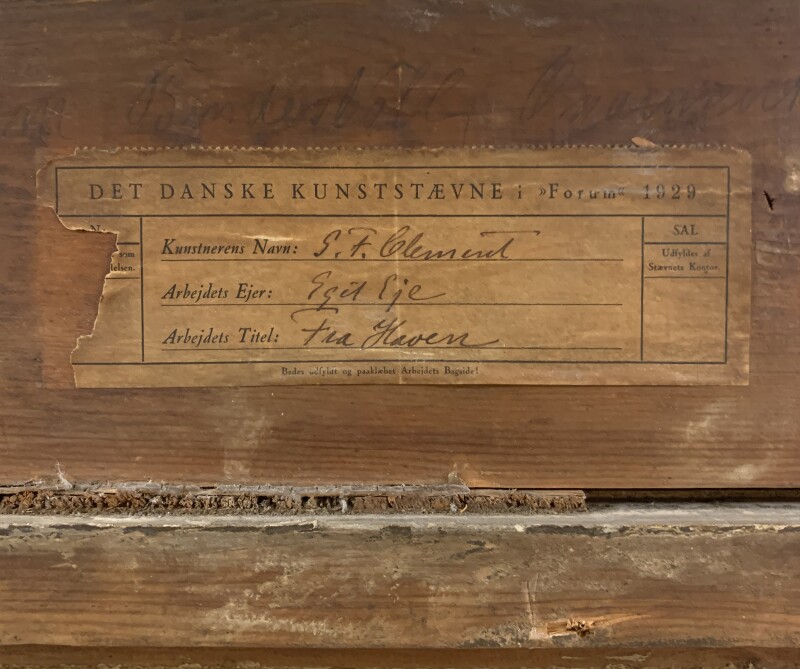 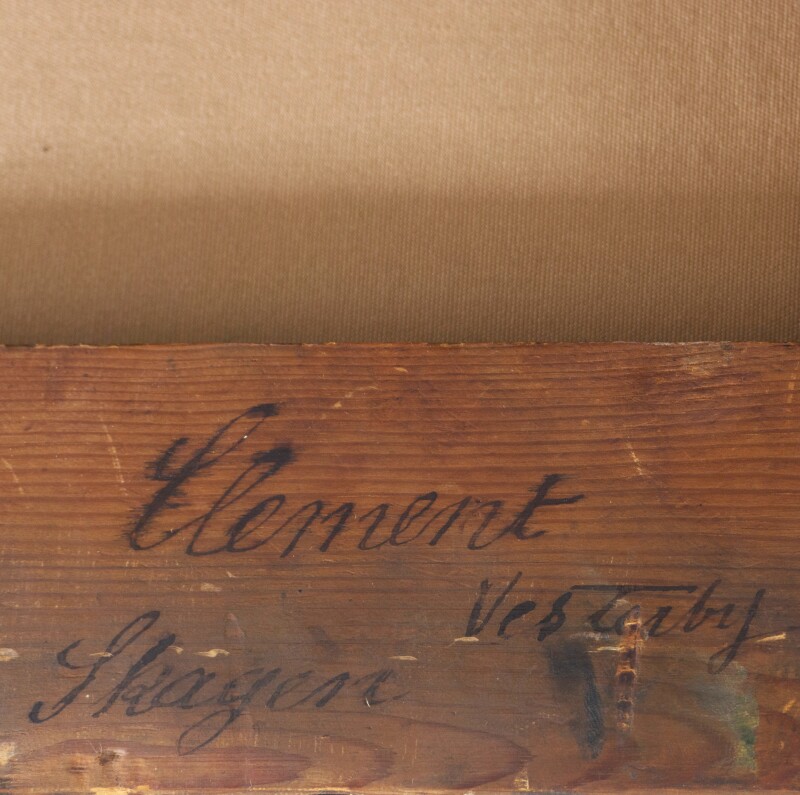 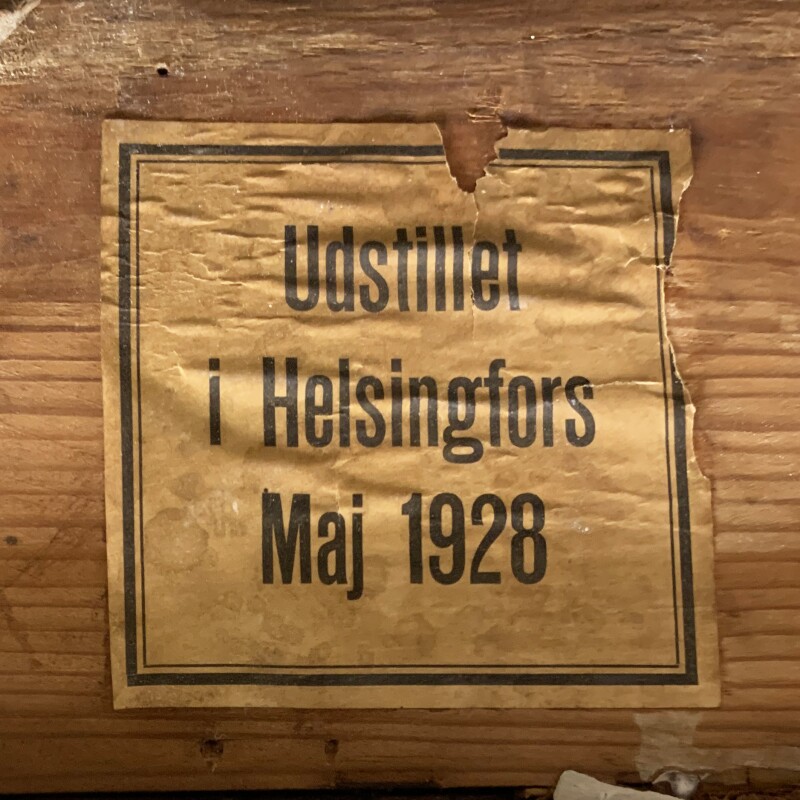 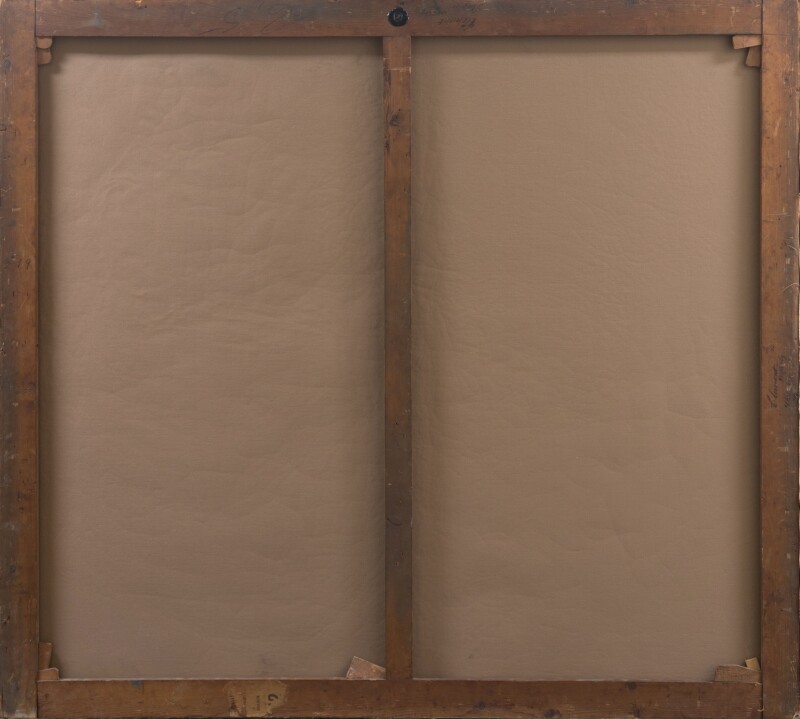 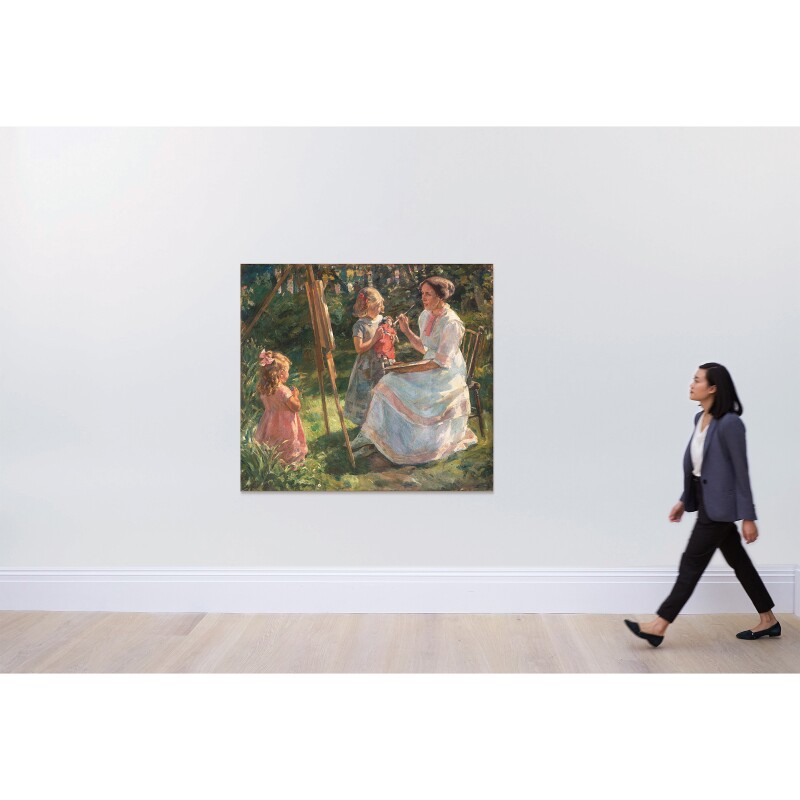 A substantial early 20th-century oil painting showing the artist, Martha Tupsy Clement, painting in her garden with her daughters, Bitten (b. 1912) and Lillemor (b. 1909) beside her.

Gad Clement painted this idyllic scene of his family, circa 1918, in the garden of their house near Vesterby beach on the island of Skagen, where he and Tupsy summered from 1908–1920.

In this radiant work, Clement has accomplished an evocative fusion of the bonds of maternity and the dreamland of childhood, allowing the scintillating, decorative surface to become a vehicle for the profound psychological penetration of his character study. In an elegant fusing of the ideal and the personal, the artist has achieved a sublime level of emotional complexity.

G.F. Clement, first studied at Copenhagen's Technical School (1883–85) before attending the Academie des Beaux Arts in Paris from 1885 to 1888. Returning to Denmark in 1888, he continued his studies under Laurits Tuxen and Frans Schwartz and, finally, under Kristian Zahrtmann.

In 1890, Clement returned to Paris and to Brittany, where he spent time with Paul Gauguin and began to adopt the Symbolist style, an influence evident in the works that he exhibited at Copenhagen's 1893 Charlottenborg Exhibition. However, from 1890, Clement's annual journeys to Italy were also leading him, simultaneously, to the works of the early Italian painters, including Masaccio and Lorenzo di Credi. The clarity and purity of color of these early Renaissance masters can increasingly be felt in the artist's exhibited works after 1894. After the turn of the twentieth century, Clement gradually evolved a more relaxed and naturalistic style which combined realism and Impressionism, and of which this luminous work is an outstanding example.

Over the course of a long career, Gad Clement exhibited internationally with success, including at the Charlottenborg Exhibition, from 1890, and the Salon des Artistes Français, from 1893. He was the recipient of numerous prizes, medals and juried awards including an honorable mention at the Paris Universal Exposition of 1900, and the Gold Medal of the Munich Academy of 1909.

Gad Clement's works are held in the permanent collections of numerous museums and the artist is well-listed in all relevant art reference works including Benezit's definitive Dictionary of Painters and Thieme-Becker's Kunstlexikon.

By descent through the family of the artist

Skagen Museum, circa 1920, from label, verso, on stretcher