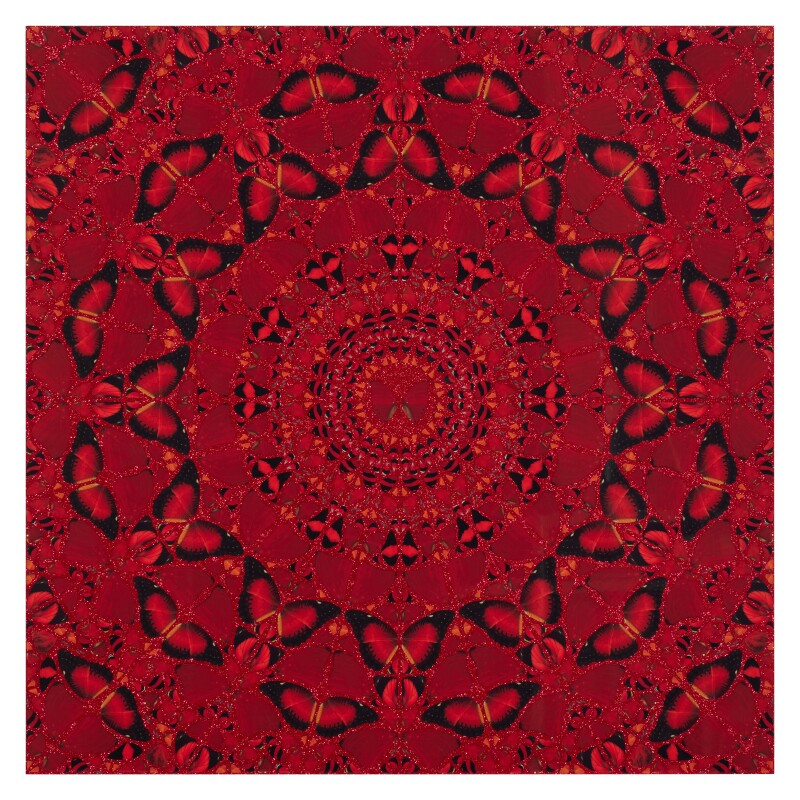 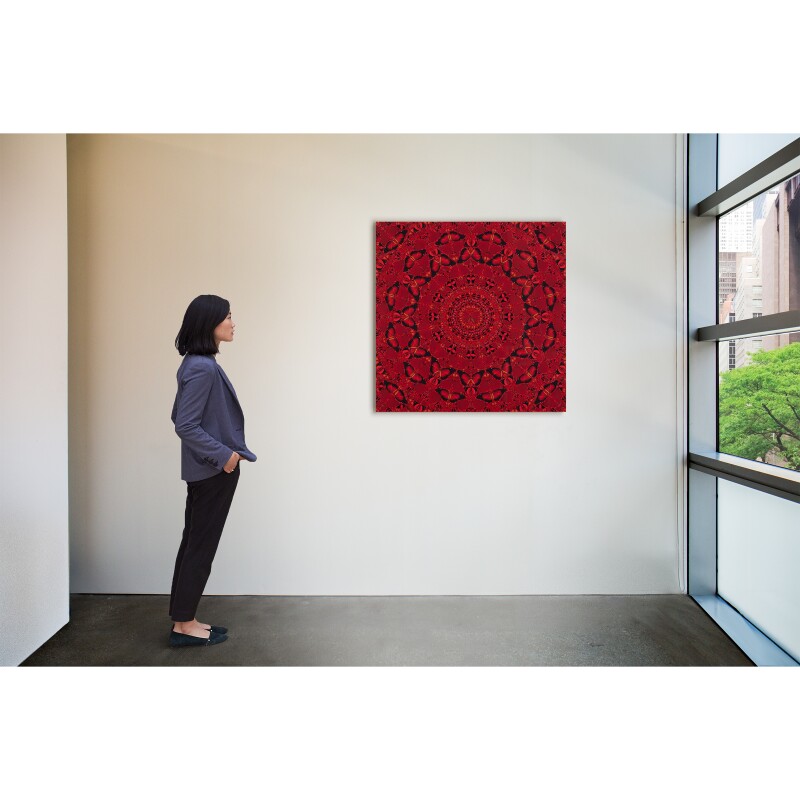 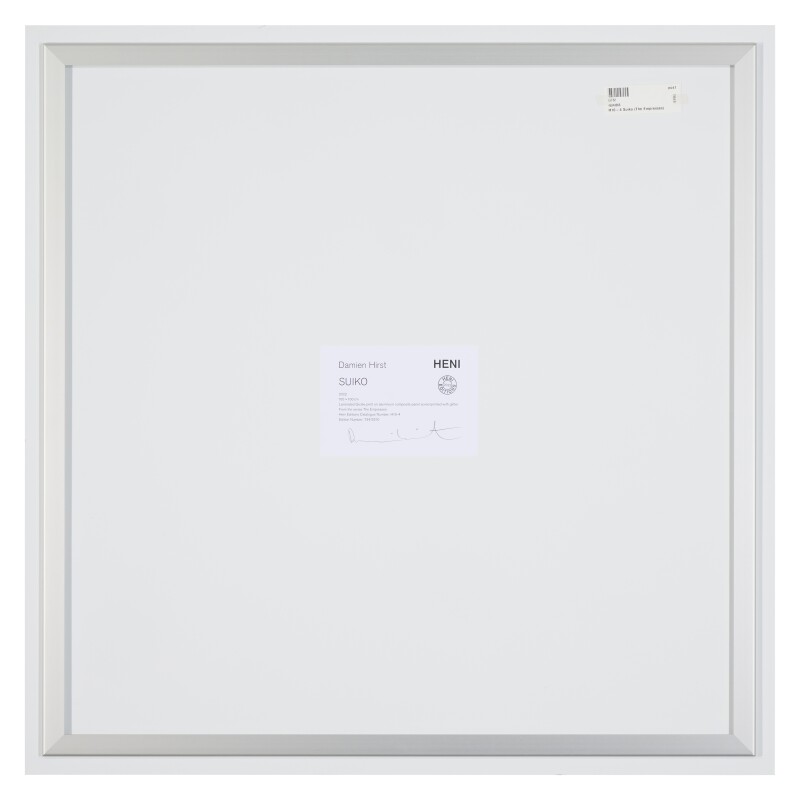 "Suiko," a composition which evokes life in many ways, is titled after the first recorded empress of Japan. Though legend says that several females had ruled before Suiko (554–628 CE), her rise to power after her brother Sushun was murdered in 592 CE marked a break with tradition of installing male rulers. Suiko is remembered for the Chinese and Korean influences she brought to the country, including the implementation of the Chinese calendar, the arrival of Chinese and Korean craftsmen, and, perhaps most notably, the establishment of Buddhism.

In "Suiko," variously sized paired wings emanate from the work’s center, producing a symmetrical concentric circle, a compositional arrangement that recalls Buddhist symbolism and the life cycle. This circular pattern is strikingly defined by glittering lines of red that diagonally cross the composition from the center to meet each corner. With the wings set against a red background, the lines shoot through the pairs of disembodied wings where the bodies once existed.

As is true of each work from the series, "Suiko" appears in a constant state of transformation, the butterflies moving and evolving the longer one stands before the work. While the intricacies can be truly appreciated up close to the print, from afar the composition takes on a new life. From this vantage point, "Suiko" reveals itself to have a ballooning arrangement of wings, which are organized around the central pattern of concentric circles and complemented by external arrangements of further wings. This arrangement is akin to a biological or molecular structure, evocative of the organisms that it depicts.