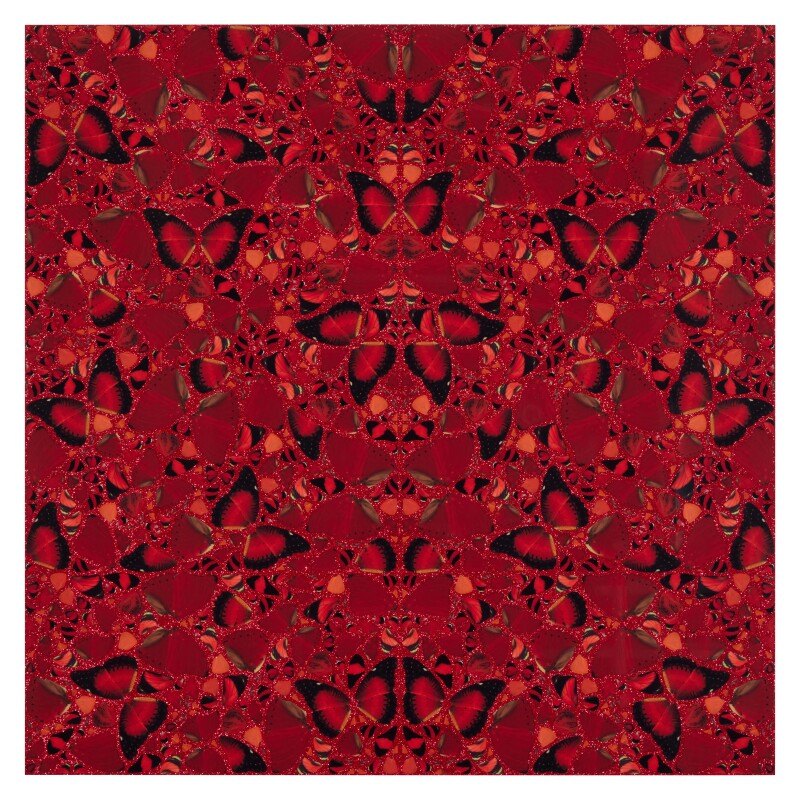 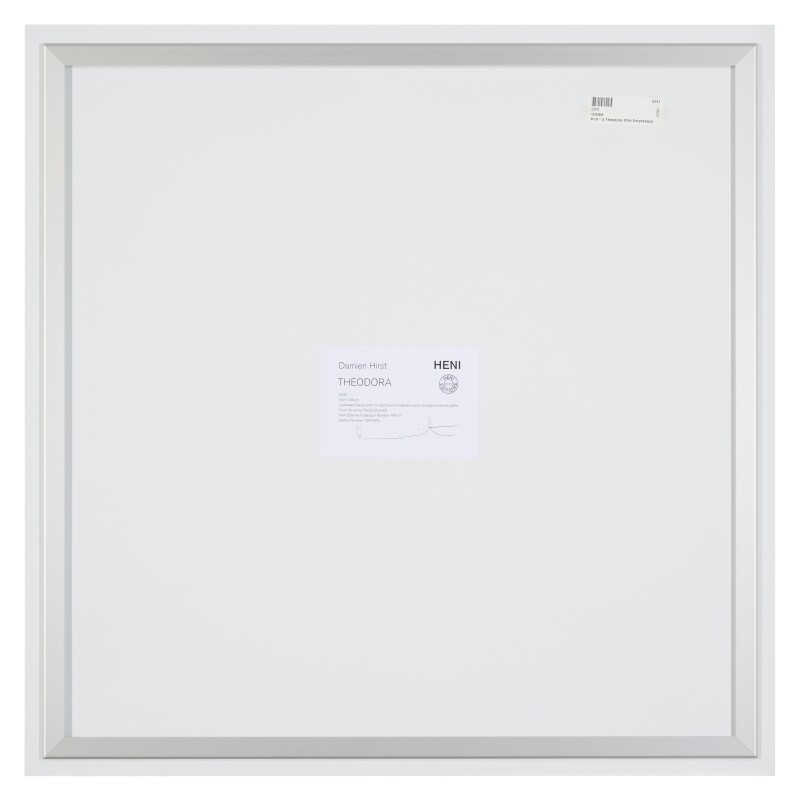 Extraordinarily complex and dynamic, "Theodora" is named for the great Byzantine empress who used her intelligence and savvy to create lasting change in the empire. Born into the lowest class of Byzantine society, Theodora (497–548 CE) rose to power in 527 CE following her marriage to Emperor Justinian. She left a significant impact on the region, namely through implementing new religious and social policies. Indeed, Theodora’s power over the empire left many to wonder if it was her and not Justinian that ruled.

In "Theodora," various hues of red and black butterfly wings assemble into an intriguing asymmetrical pattern, the only one of its kind from the series. Lines of glittering red, noticeable only at proximity, symmetrically sections the composition vertically in half, as well as divides it horizontally into thirds and establishes a circle in the upper half of the print. The lower horizontal band, the circle and the vertical line are the most prominent, creating a formation reminiscent of the female gender symbol. Such recalls some of Theodora’s landmark policies that benefited women, including prohibiting the trafficking of girls and amending divorce laws to give women more rights.

With the wings arranged in pairs or singularly across the work, "Theodora" stands out for its degree of organized chaos. The result of the carefully composed asymmetrical composition is the visual sensation that these wings are not lifeless specimens arranged for the viewer’s aesthetic pleasure, but insects vibrating with life, captured zooming across (and perceivably beyond) the picture plane.