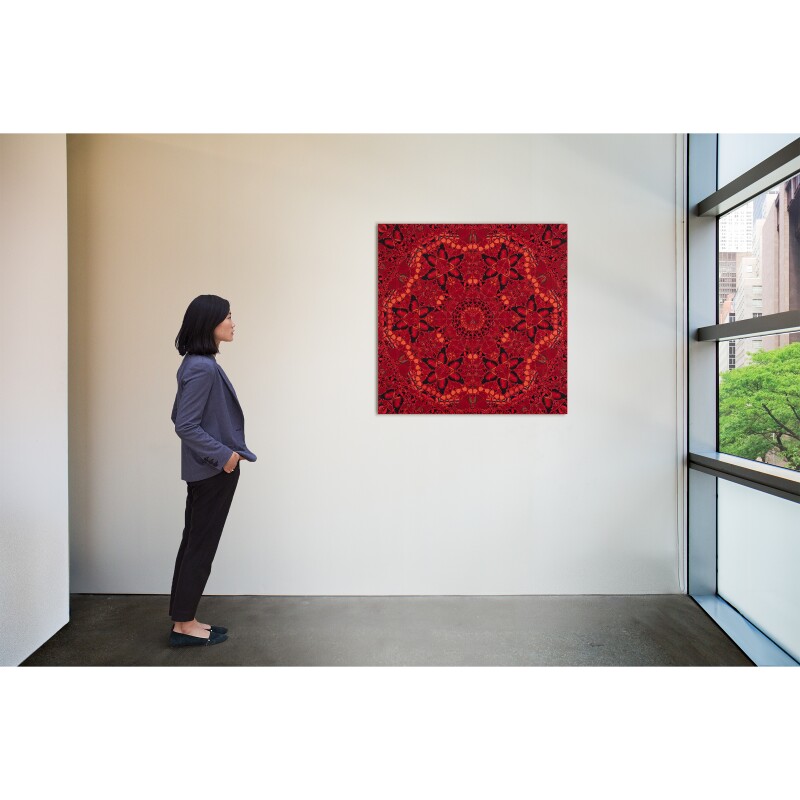 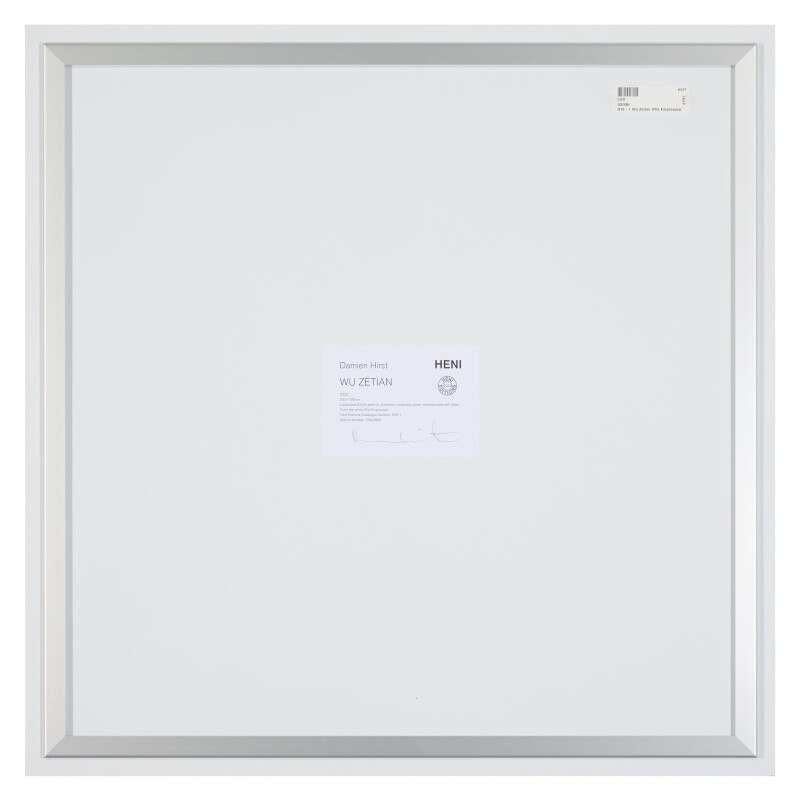 Rife with symbolism and with a hexagonal composition at its center, "Wu Zetian" is named for the ruthless yet successful Chinese ruler. In 655 CE, Wu Zetian (624–705 CE) married Emperor Gaozong and became empress, much to the dismay of many statesmen who she soon eliminated in an infamous reign of terror that she maintained over the innermost circles of government. Despite the politics and violence within, Wu Zetian proved to be a competent leader, creating stability and consolidating the Tang Dynasty at a time when it appeared to be crumbling.

At the center of "Wu Zetian" is a single pair of butterfly wings, which is surrounded by a concentric circle of paired wings. This arrangement blossoms into a dynamic and symmetrical hexagonal formation which has an arrangement of three pairs of wings within each point. This reliance on the number six to establish the composition recalls its reappearance across Chinese idioms to denote good will, installing six as a lucky number. The number gains additional significance as it relates to the hexagon, which in China evokes the six directions (North, South, East, West, Heaven and Earth) and therefore represents completeness, harmony and balance. These associations also recall the story of Wu Zetian whose intelligence, courage and decisiveness brought stability to her empire.

Beautifully outlined with brilliant red wings, the four corners of the picture plane are filled with further arrangements of single or paired wings. The clever transitions between compositional structures in "Wu Zetian" lend a captivating complexity to the work that leaves it apparently ever-changing, imparting into the work a sense of movement. Effectively, the composition infuses the print with the sensation that the butterflies are indeed alive and are billowing out into the space of the viewer.