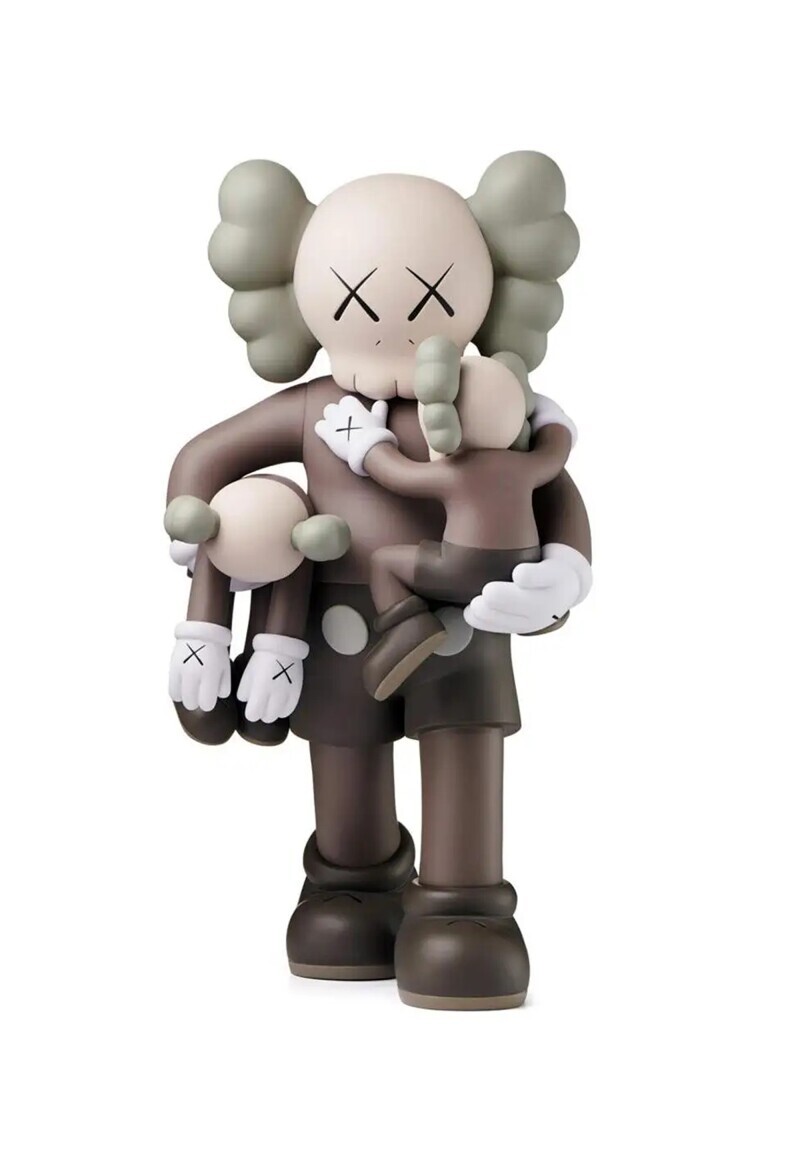 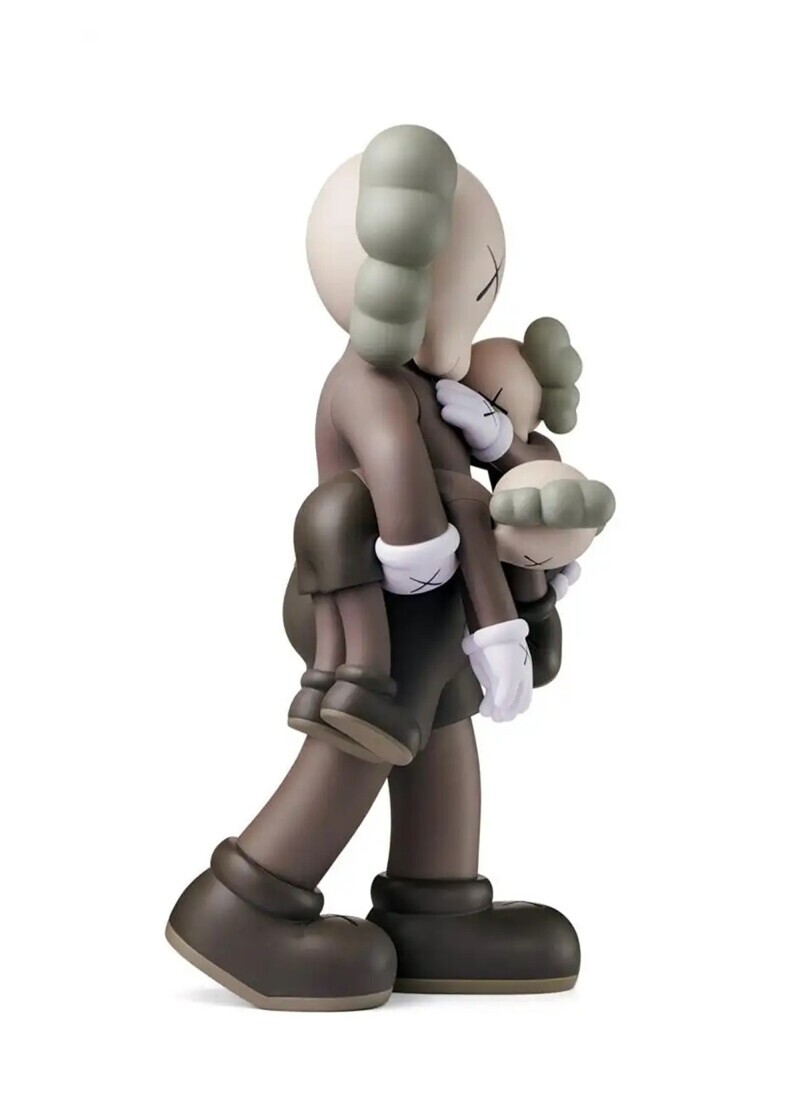 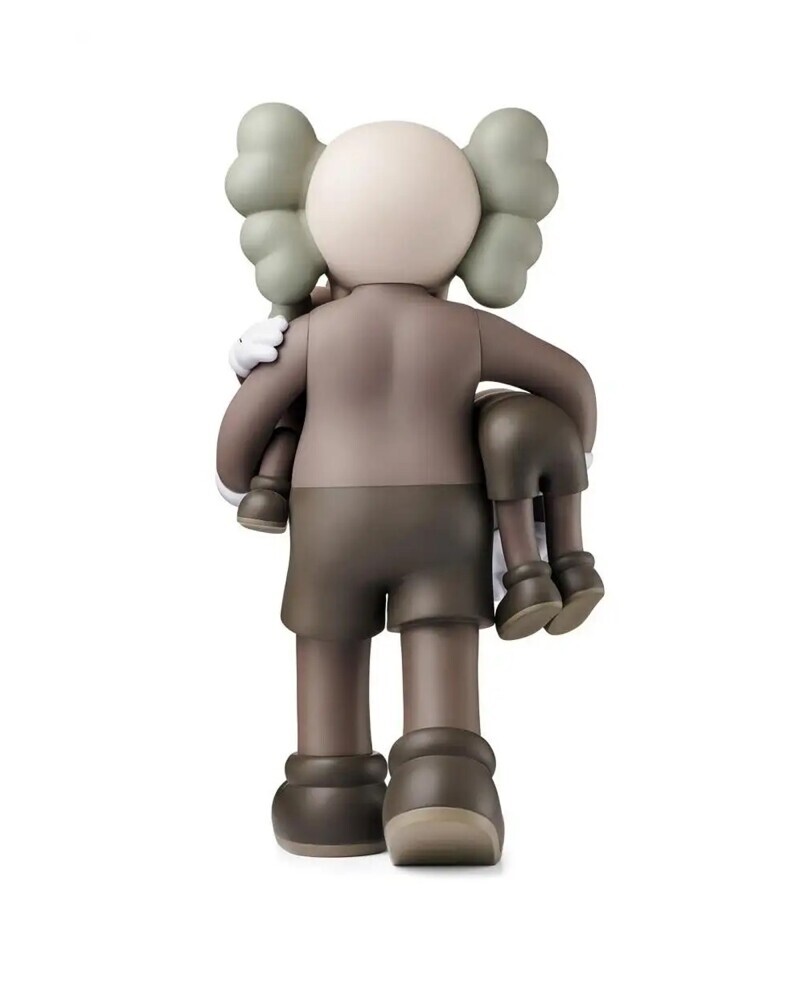 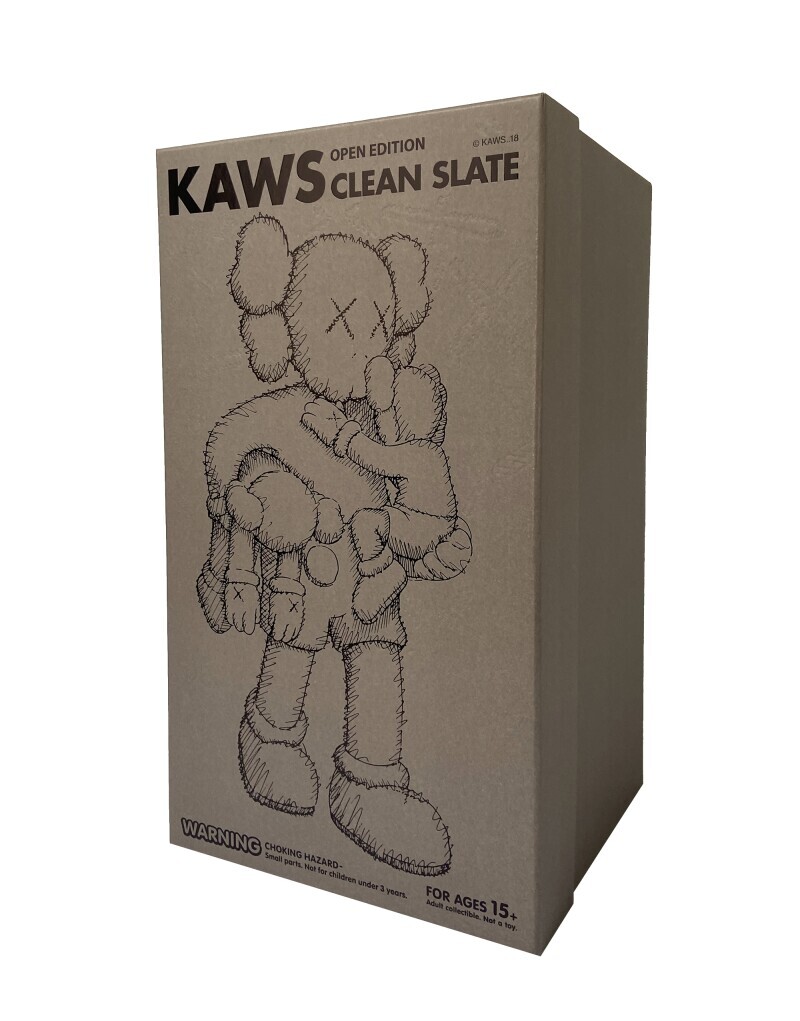 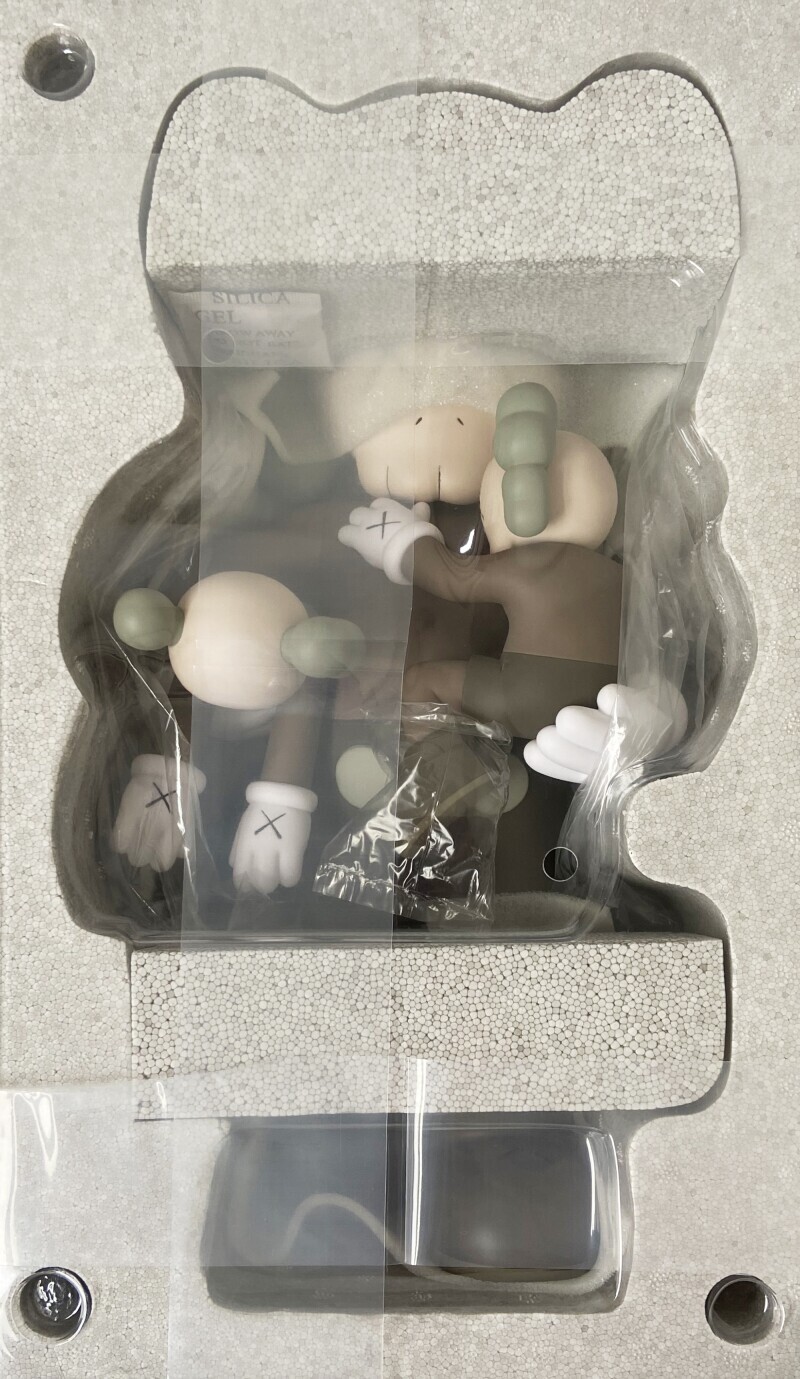 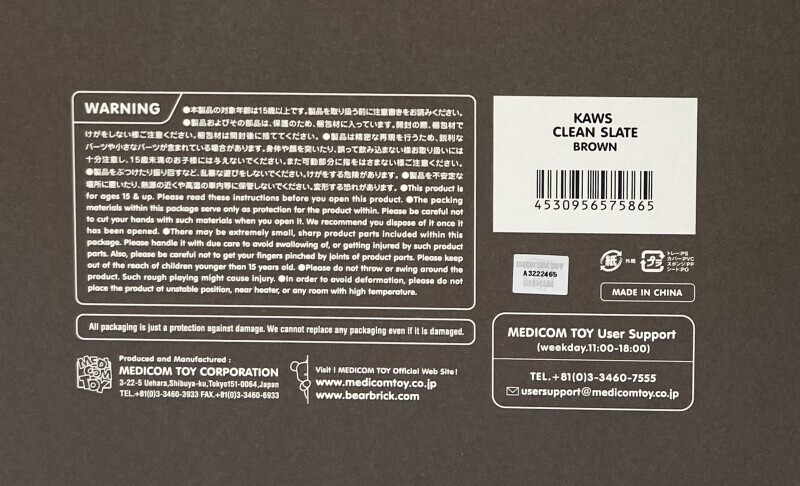 From a sold out edition of an unknown size.

A well-received work and variation of KAWS' large scale Clean Slate sculpture - a key highlight of KAWS’ major museum exhibition KAWS: WHERE THE END STARTS where it was displayed outside of the Modern Art Museum of Fort Worth in 2016 and 2017. In CLEAN SLATE, 2018, the central figure strides forward, embracing smaller, childlike figures in each arm, a gesture recognizable to anyone who has found themselves in the company of two tired toddlers. Featuring KAWS’s iconic COMPANION characters.

KAWS is an American graffiti artist and designer known for his toys, paintings, and prints. Born Brian Donnelly on November 4, 1974 in Jersey City, NJ, KAWS graduated with a BFA from the School of Visual Arts in New York and went on to work in animation. “When your whole art is based on the lettering you choose, you kinda figure out what ones work together. I just liked the shapes of the k, a, w, s,” he explained of his moniker. Having started as a graffiti artist in New York in the early 1990s, KAWS began reworking advertisements in his distinctive style. Pop Art and culture permeate his cartoonish Companion series of figurines, which bear a resemblance to the works of Takashi Murakami. KAWS worked together with Nike in 2017 to produce an Air Jordan 4 shoe and has done multiple collaborations with the clothing brand Uniqlo, continuing to blur the boundaries between fine and commercial art. The artist is also known for his large scale public installations, such as 2019’s KAWS: Holiday which was installed in the Hong Kong harbor during Basel Hong Kong. In 2019, THE KAWS ALBUM (2005) sold at auction for a record $14.8 million, breaking his previous record of $2.7 million which was set in 2018. This work is a take on the Beatles' famous 1967 album cover for Sgt. Pepper's Lonely Hearts Club Band, but instead replaced with characters from The Simpsons with the artist's signature Xs drawn across their eyes and skull. After years in the industry, KAWS gained approval from his peers in the street art world and more recently prestige from the museum and gallery worlds. Today, his work can be found in the collections at the High Museum of Art in Atlanta, the Modern Art Museum of Fort Worth, and the Rosenblum Collection in Paris. KAWS currently lives and works in Brooklyn, NY.