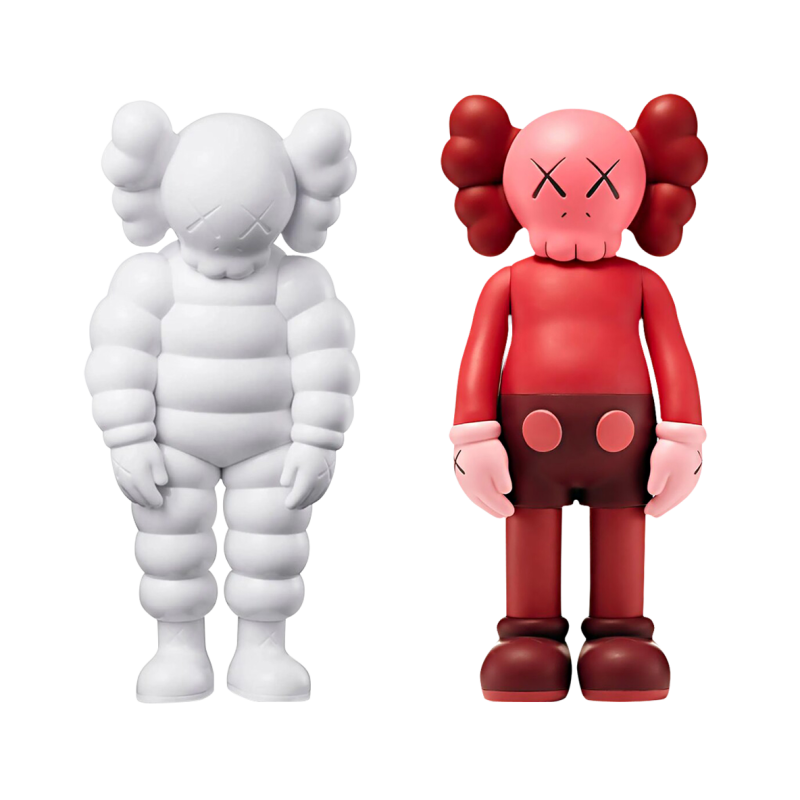 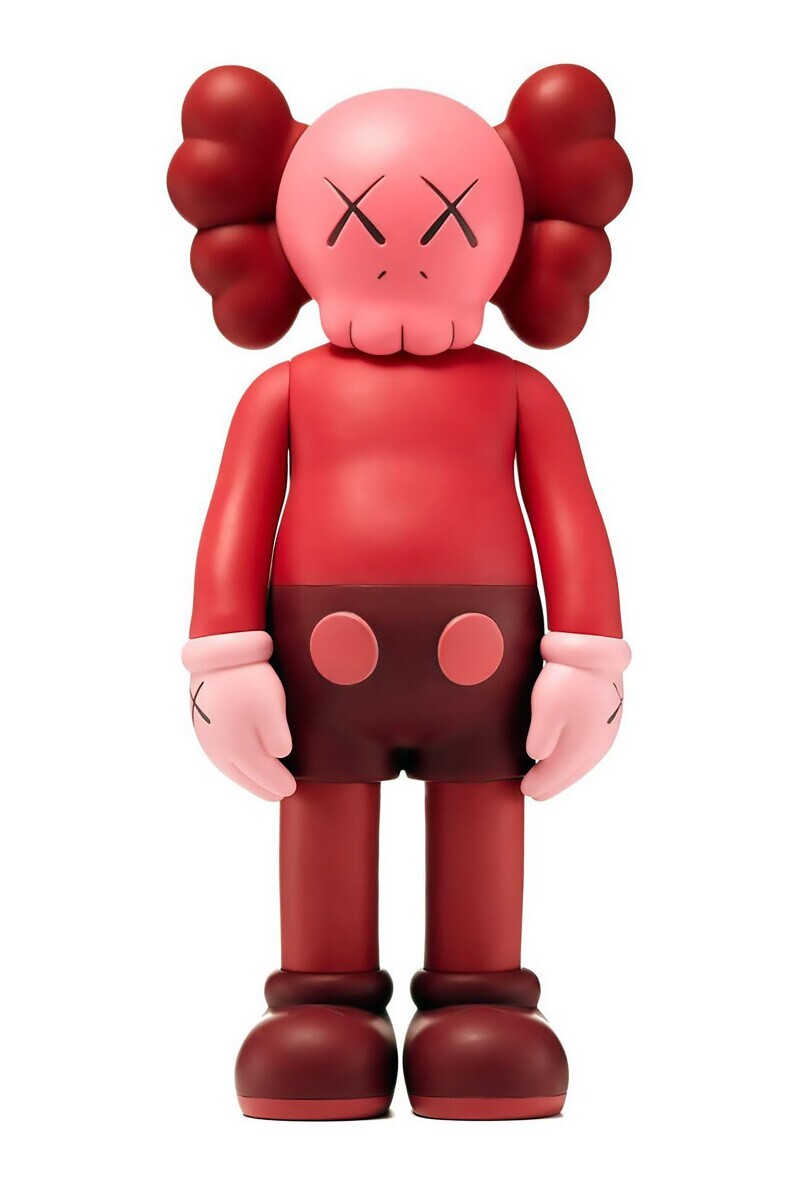 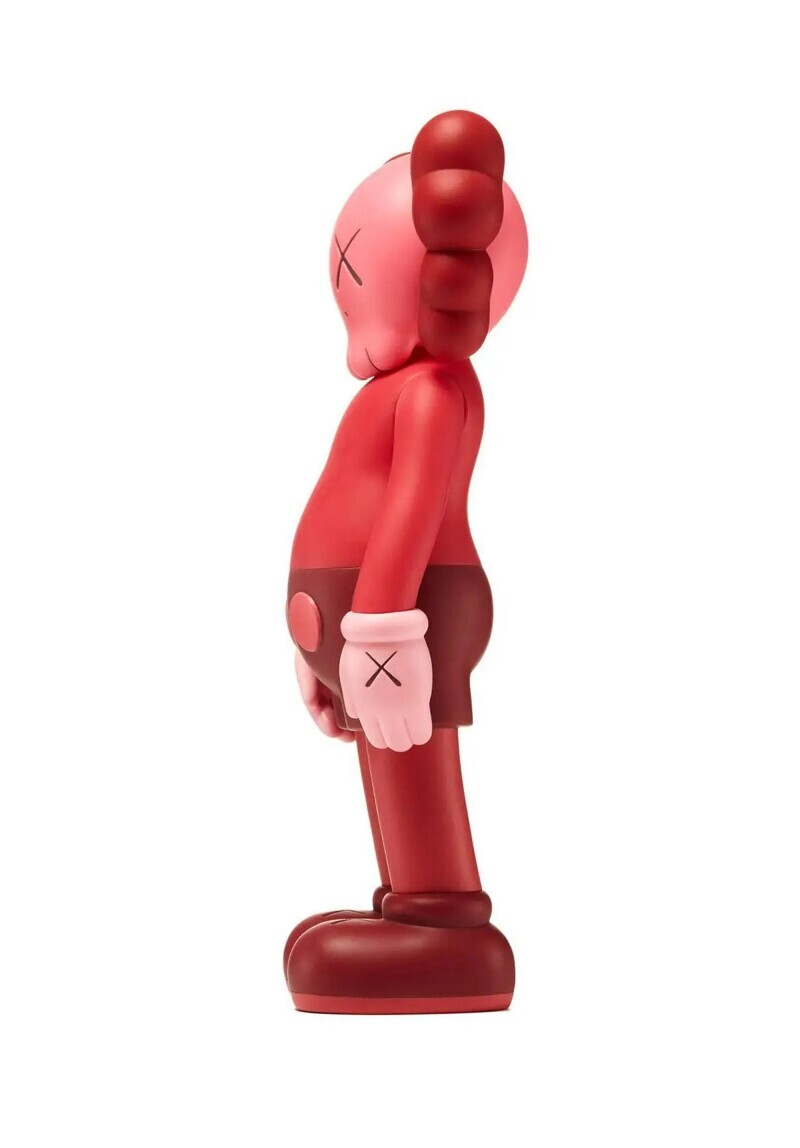 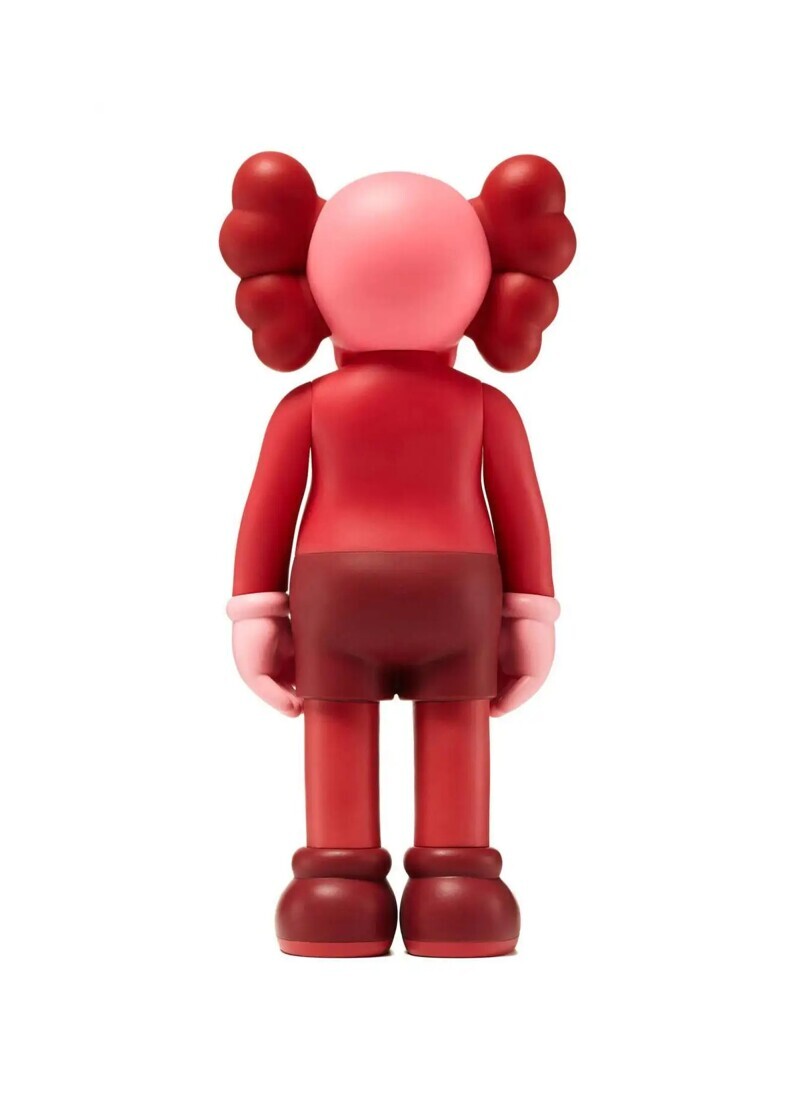 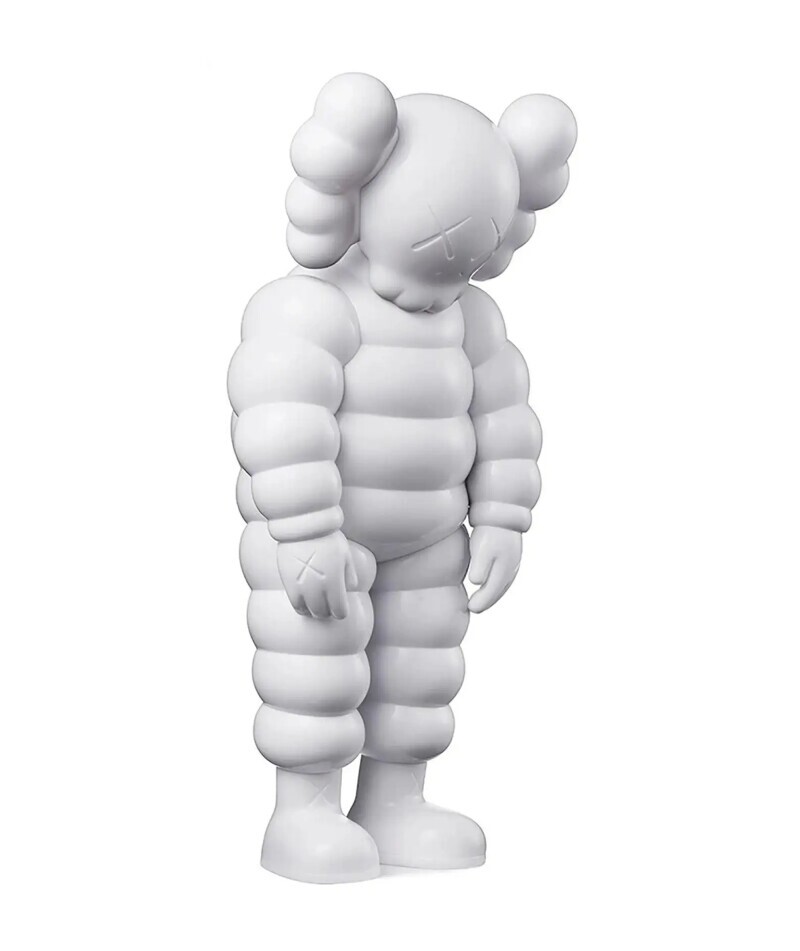 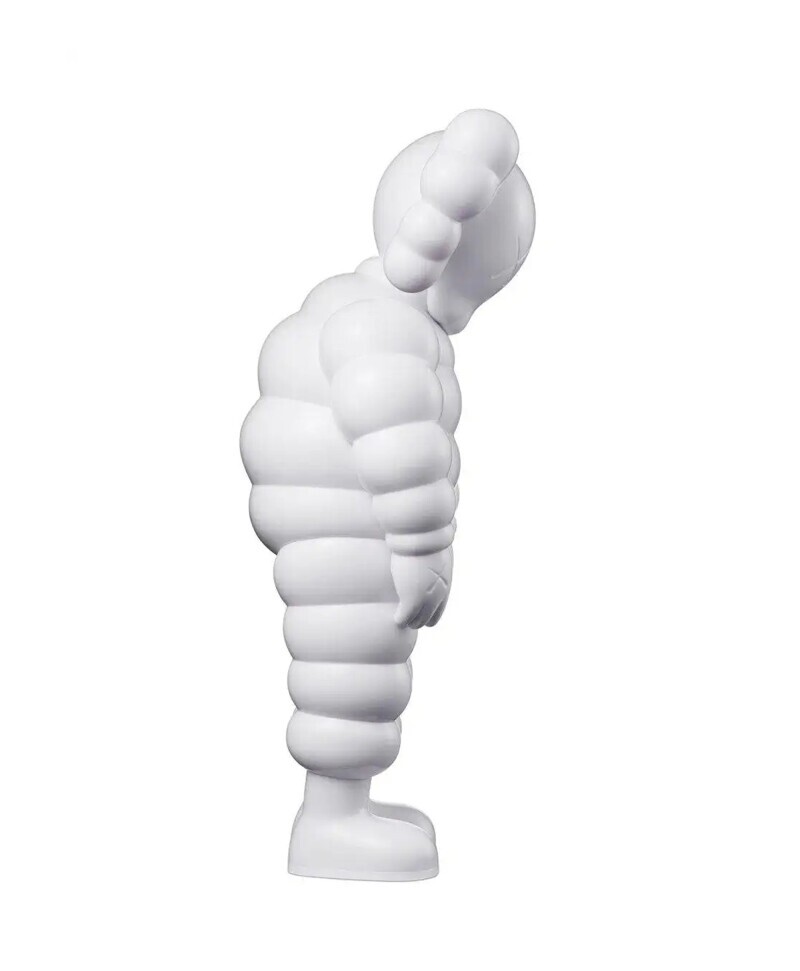 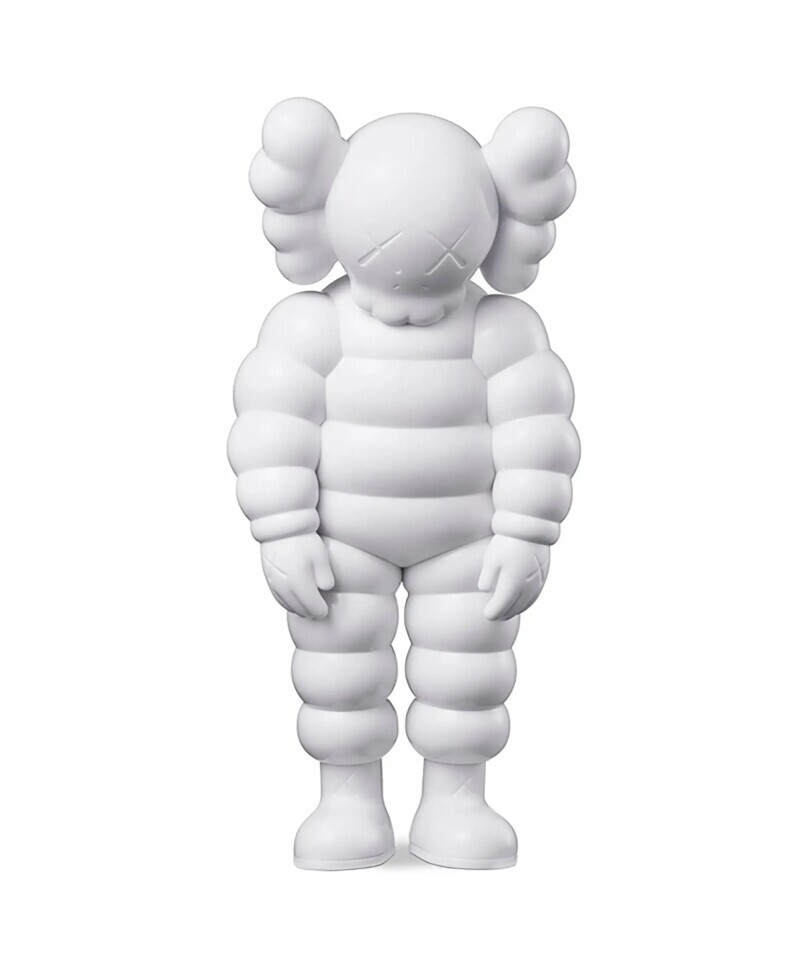 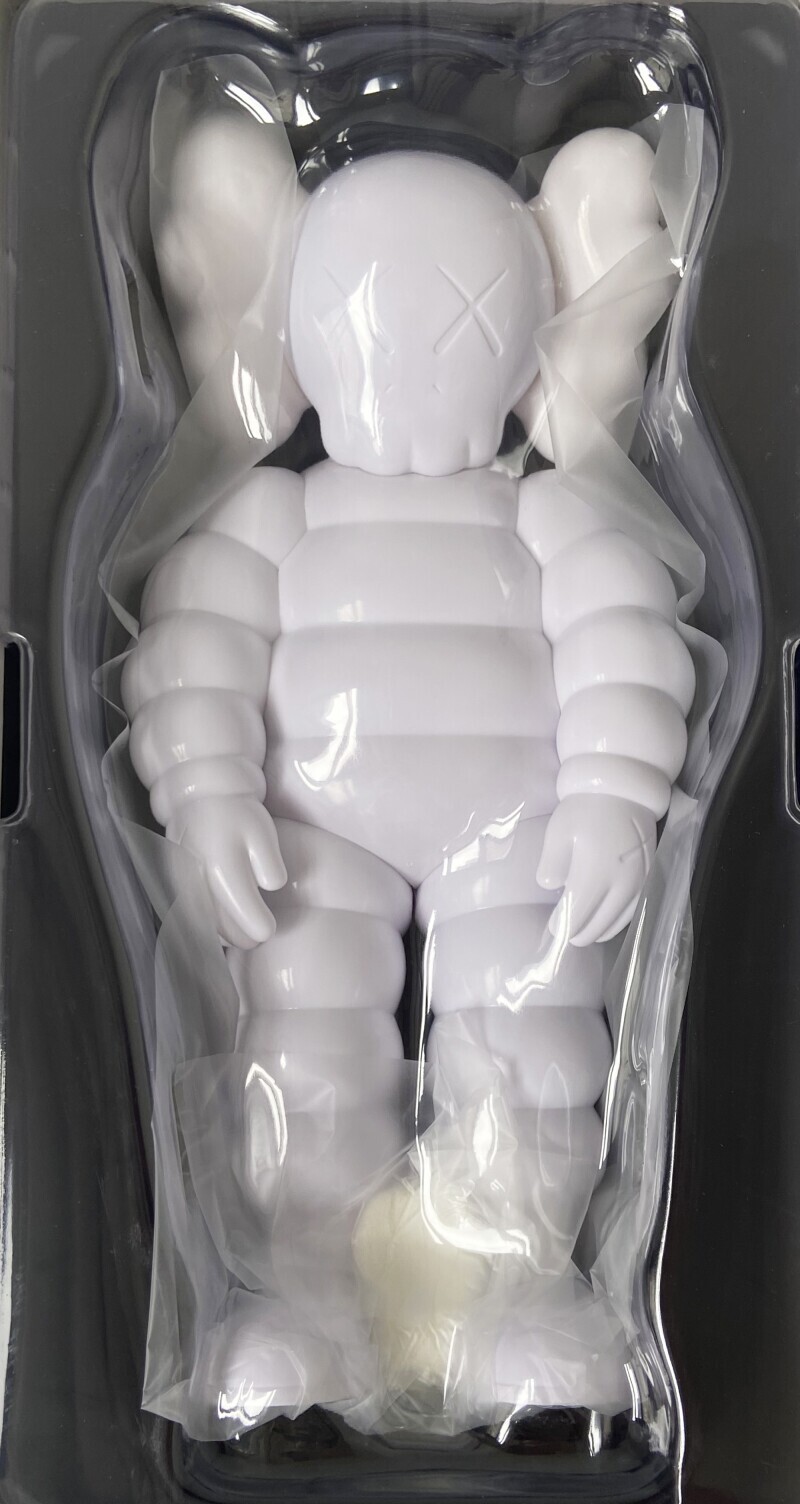 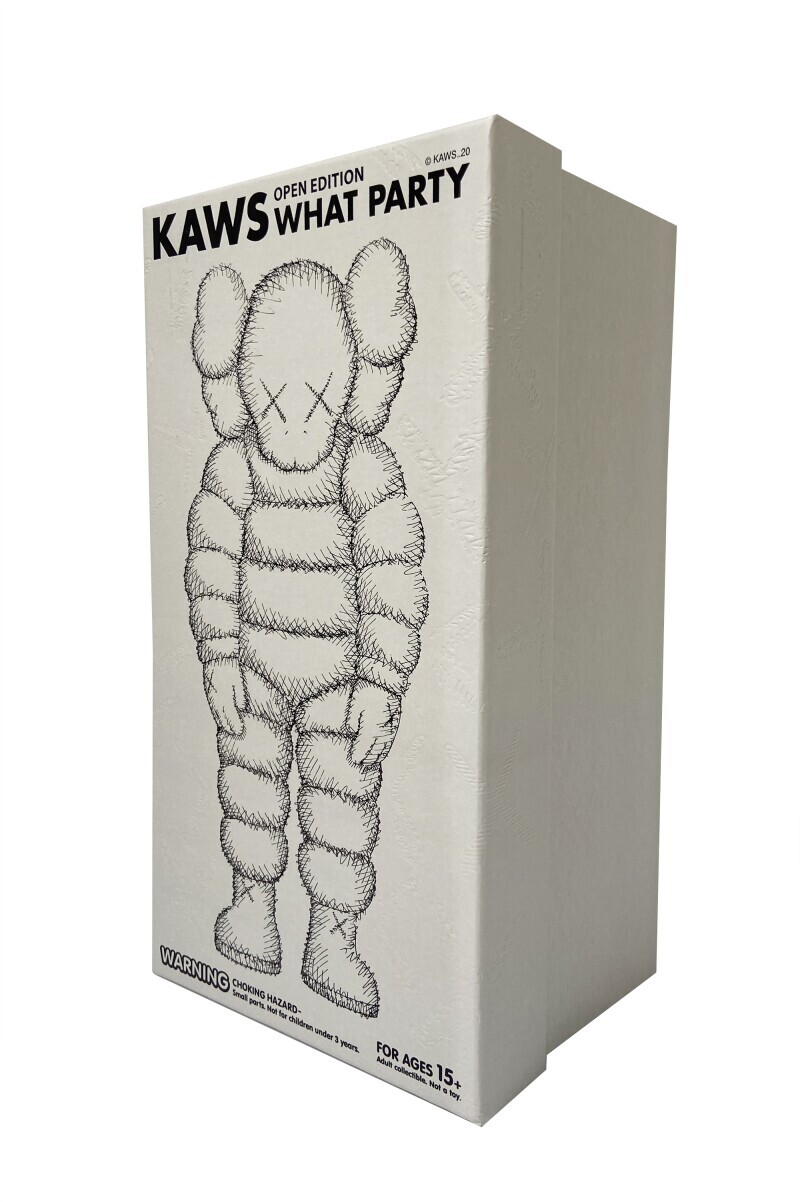 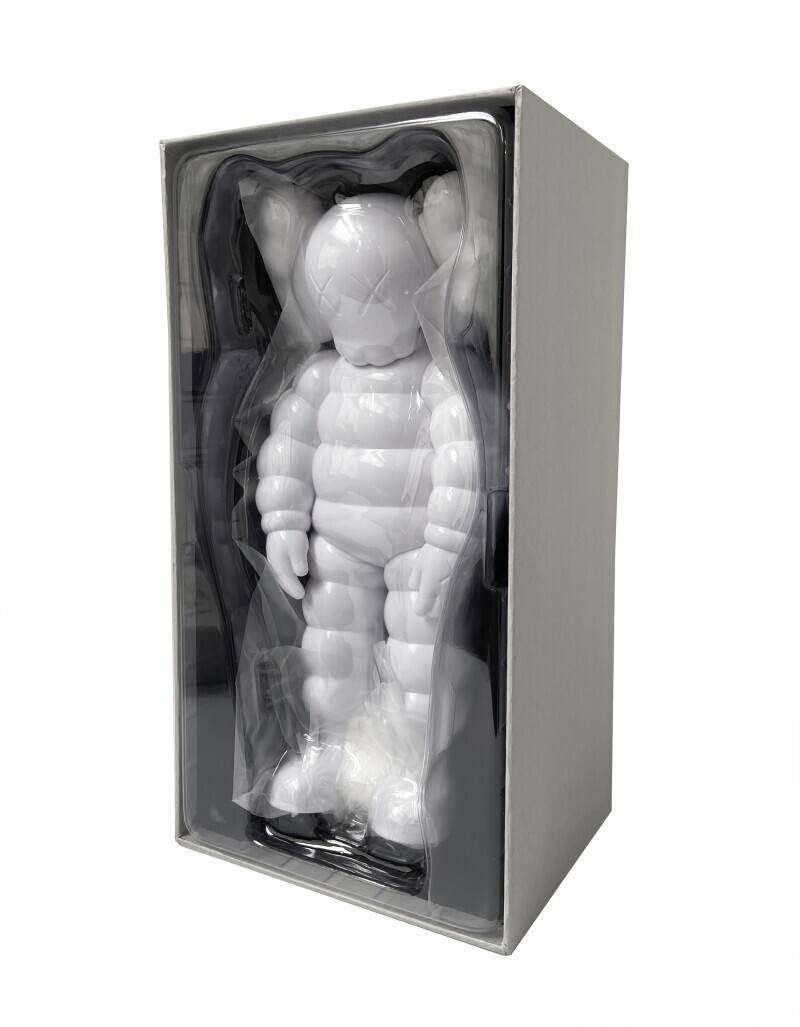 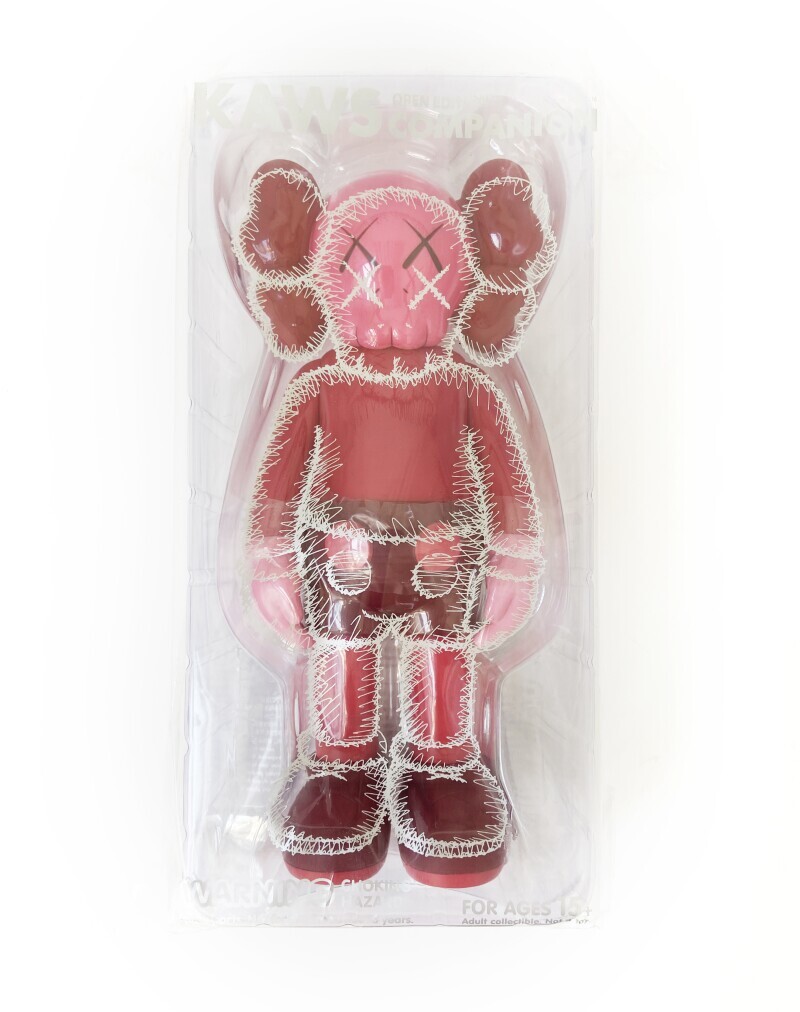 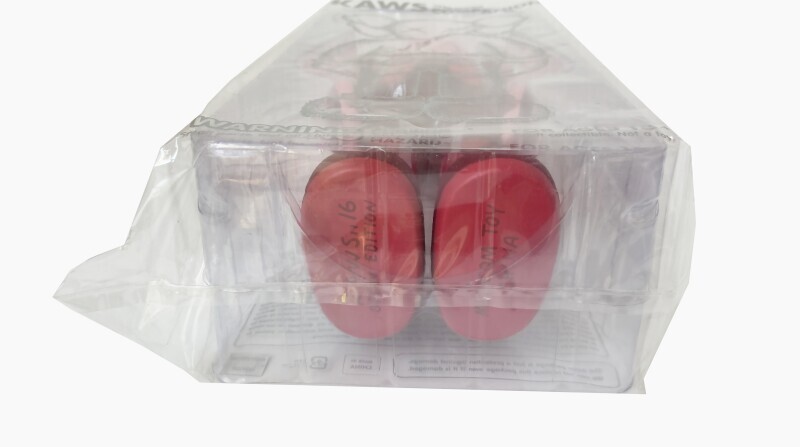 The KAWS WHAT PARTY vinyl sculpture features KAWS’ CHUM character in a hunched position and was published to commemorate the debut of KAWS’ larger scale sculptural version of the same at K11 Musea Hong Kong. KAWS’ Red Blush Companion was published by Medicom Japan in conjunction with the exhibition, KAWS: Where The End Starts at the Modern Art Museum of Fort Worth (2016).

A leading artist of his generation, Brooklyn-based KAWS engages audiences beyond the museums and galleries in which he regularly exhibits. KAWS is perhaps best known for his iconic character, Companion, which is featured in key paintings, sculptures, products and toy figures.

“KAWS’s creative output traverses the worlds of art, fashion and design. Continuing in the tradition of pop art and central to his practice, this sculpture is an exploration of humanity, appearing to be downcast and isolated. Portrayed in a larger-than-life size, in a hunched position, and with its head tilted towards the ground, WHAT PARTY acts as a reminder of the increasingly toxic nature of public discourse and rise of disillusionment in our times. He prompts us to combat underlying hatred and fear in society and to live with compassion. The work shows KAWS's formal agility as an artist, accompanied by his underlying wit, irreverence and affection.” (Musea K11)

Dimensions apply to each piece