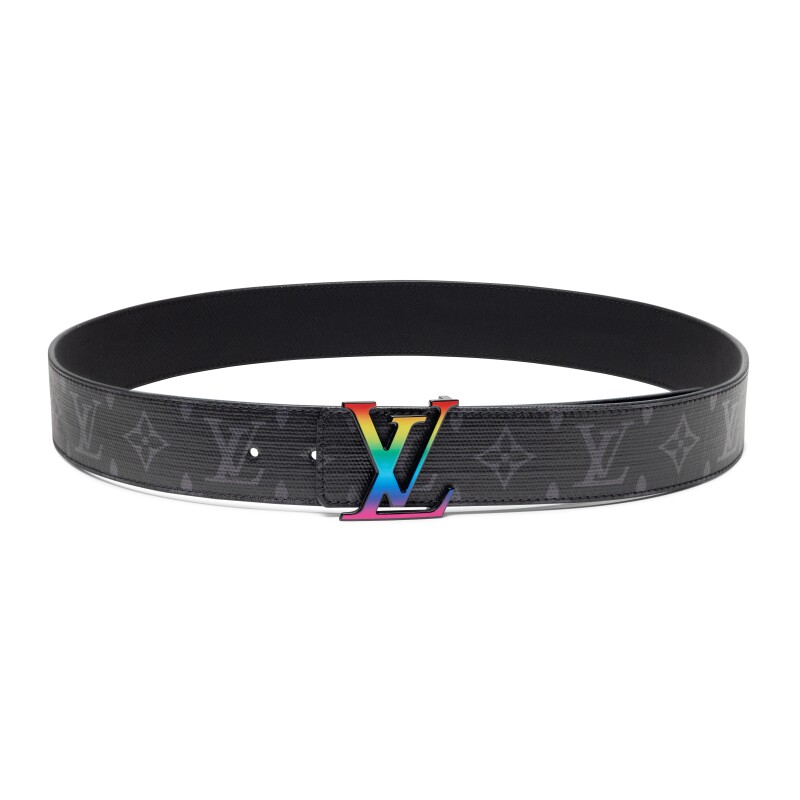 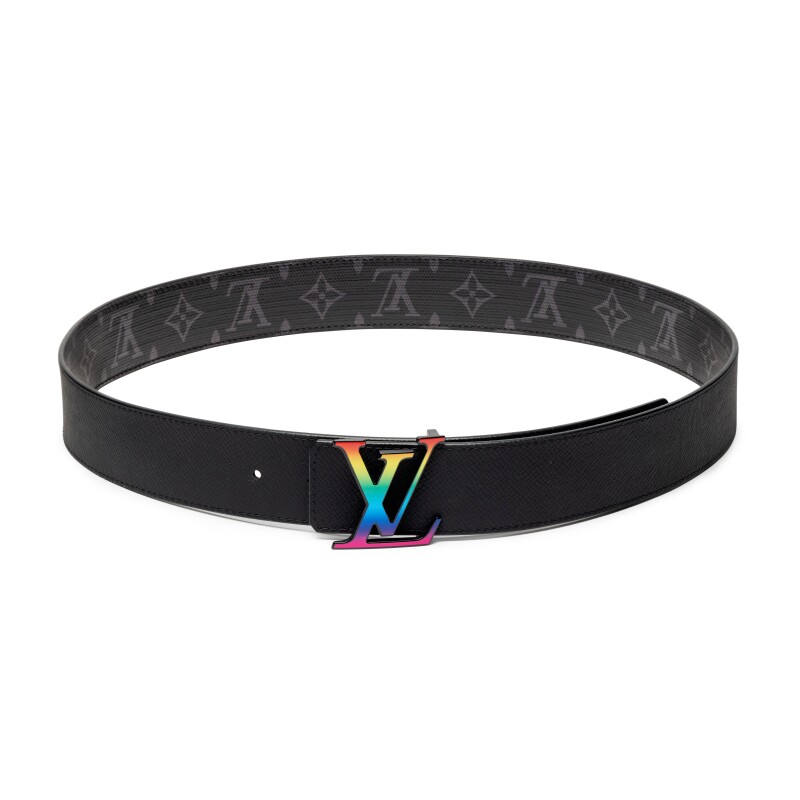 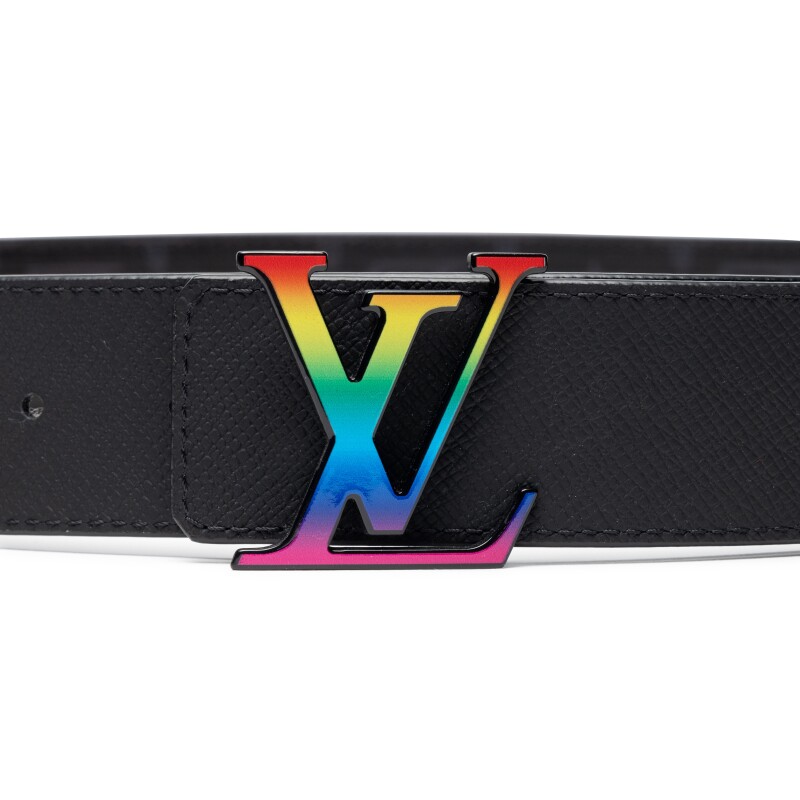 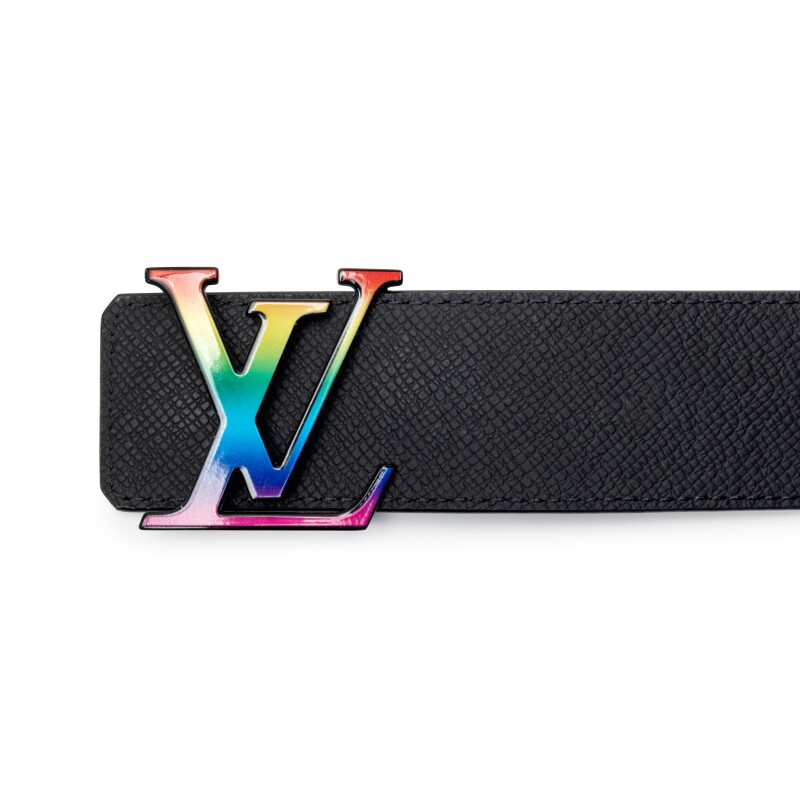 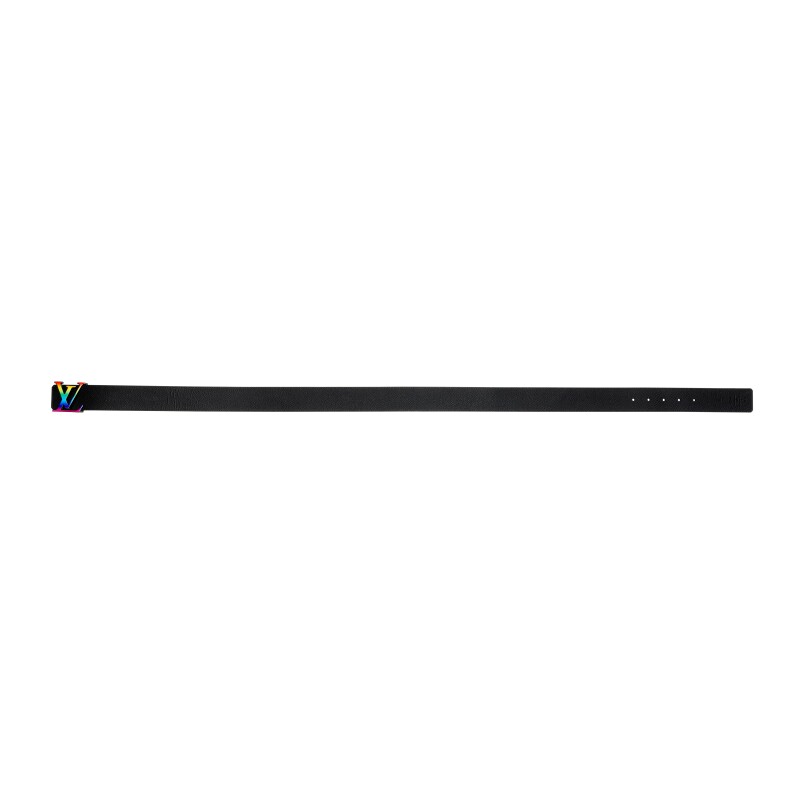 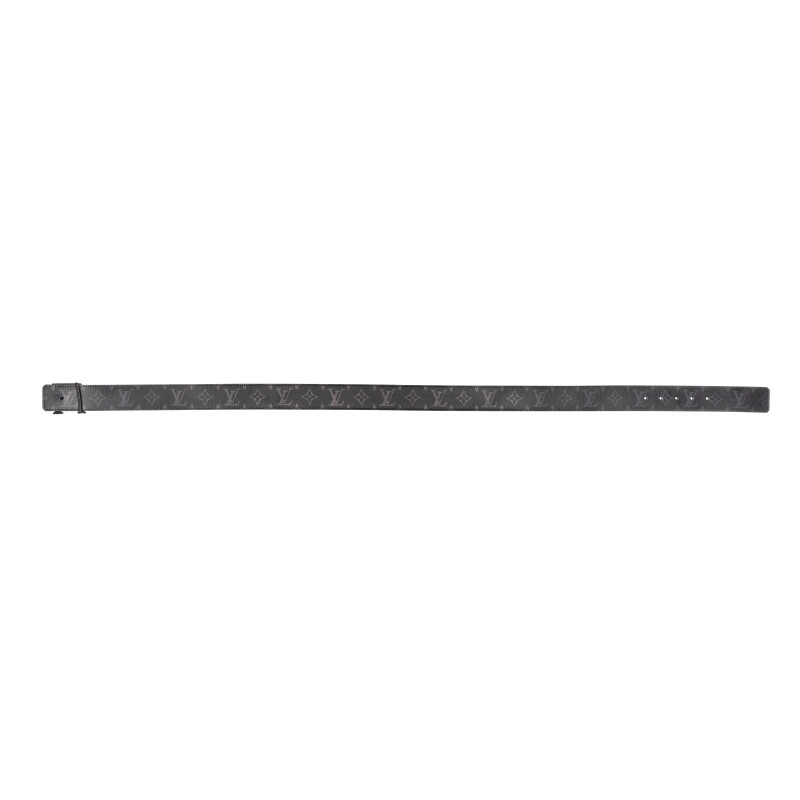 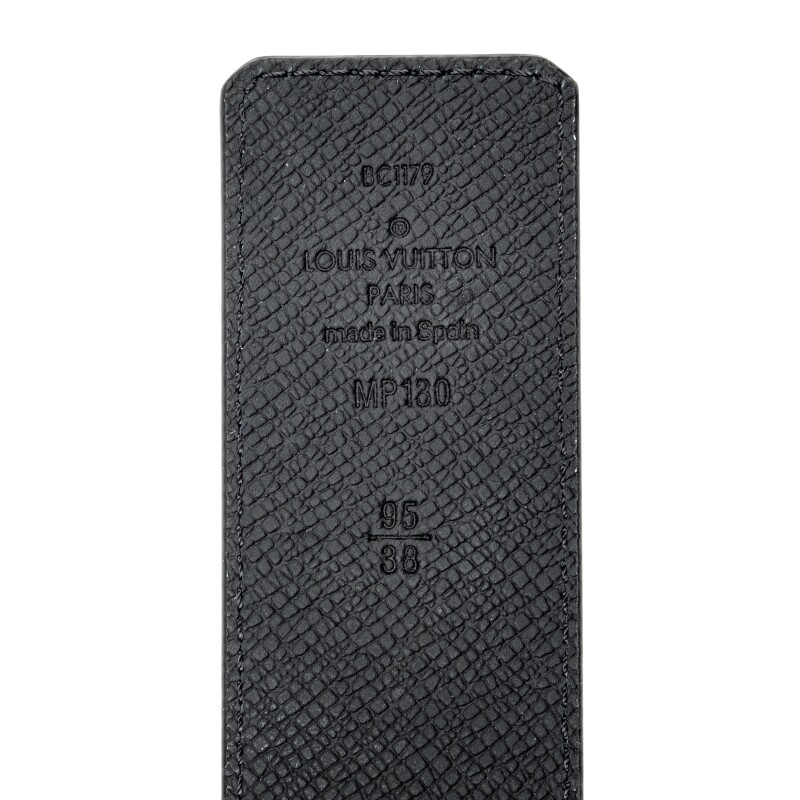 Released as part of Louis Vuitton’s Fall/Winter 2019 collection, helmed by both Virgil Abloh and Nicolas Ghesquière, the Initiales Reversible Eclipse belt features a Taiga leather and rainbow "LV" buckle. The recto side of the belt displays an LV Monogram pattern in grey, while the verso side is solid black leather.

Virgil Abloh was appointed Artistic Director of Louis Vuitton in 2018, following the departure of his predecessor Kim Jones. Abloh made history at Louis Vuitton as the first Black Artistic Director of the heritage label, and one of the few African-American heads of a European luxury brand. Previous to his appointment at Louis Vuitton, Abloh was the founder of haute streetwear label Off-White, as well as Kanye West’s creative director. Virgil Abloh sadly passed away in November, 2021.