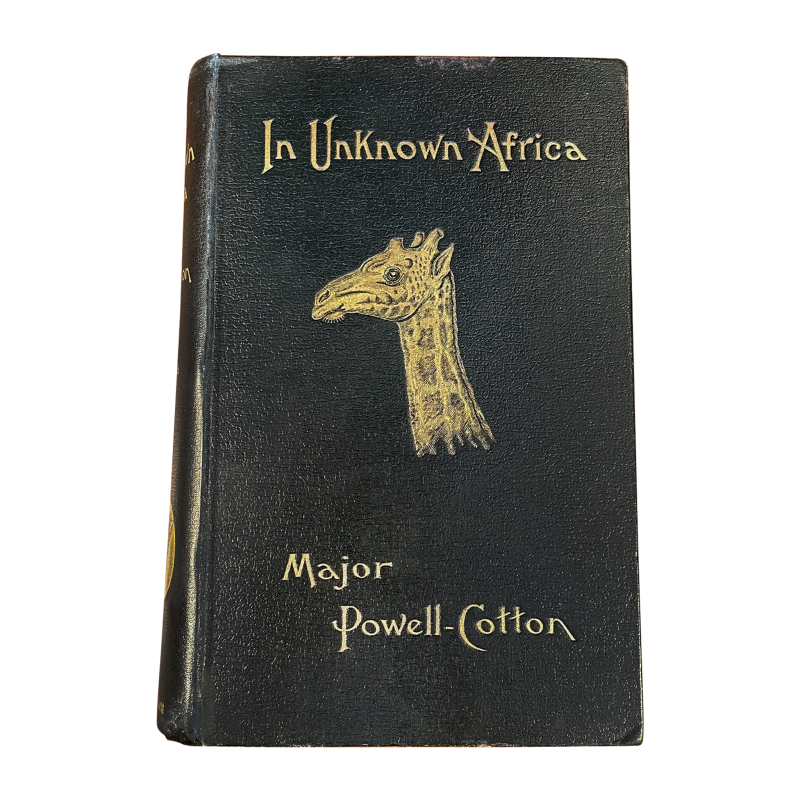 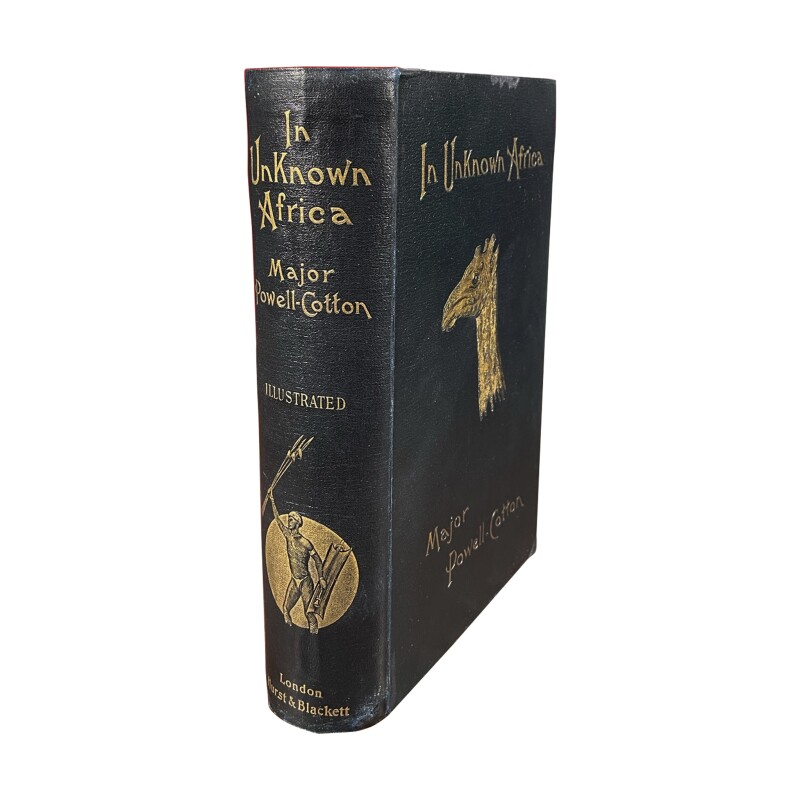 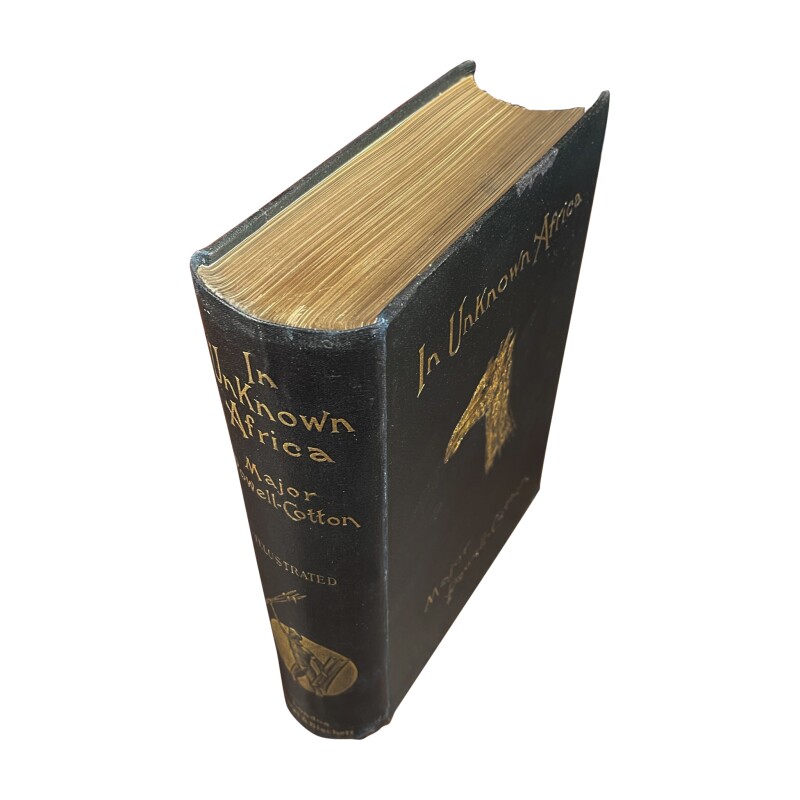 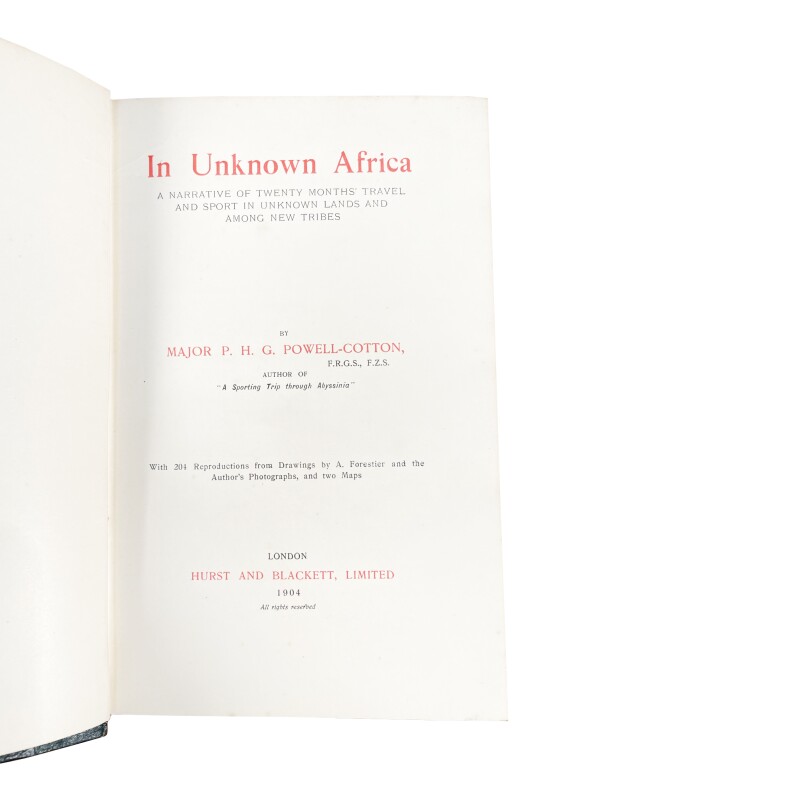 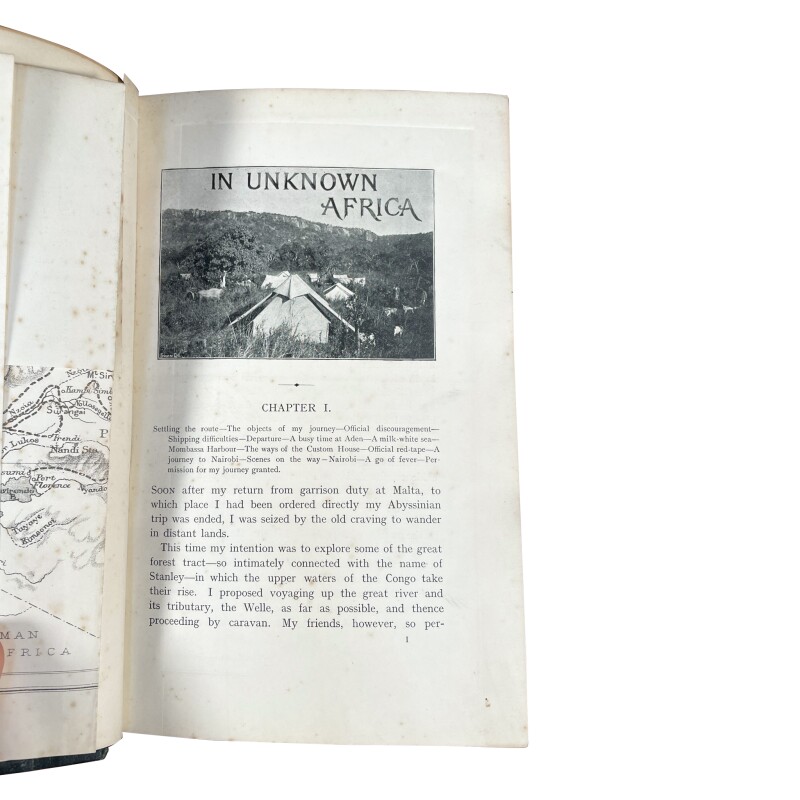 In Unknown Africa: A Narrative of Twenty Months’ Travel and Sport in Unknown Lands and Among New Tribes

First edition of the famed English explorer’s account of his travels through East Africa.

Following a successful hunting trip in Abyssinia, Percy Powell-Cotton (1866-1940) traveled to British East Africa in 1902 in order to find a specimen of a five-horned giraffe recently discovered by Sir Harry Johnston. He pursued impalas, rhinoceroses and lions on the Athi River, crossed the Tana and lived among the Kikuyu, successfully hunting elephants, then collecting trophy kudus and lions on the Baringo Plain. He eventually found a five-horned giraffe on the outskirts of Masai territory. Reviewing the work in the Geographical Journal, Harry Johnston praised its descriptions and photographs of big game as well noting that "from a geographical point of view also Major Powell-Cotton's journey is a remarkable one. He covered a little new ground north of the explorations made by Macdonald and Austin, and south and west of the journeys of Wellby and Donaldson-Smith." (Czech p. 134).