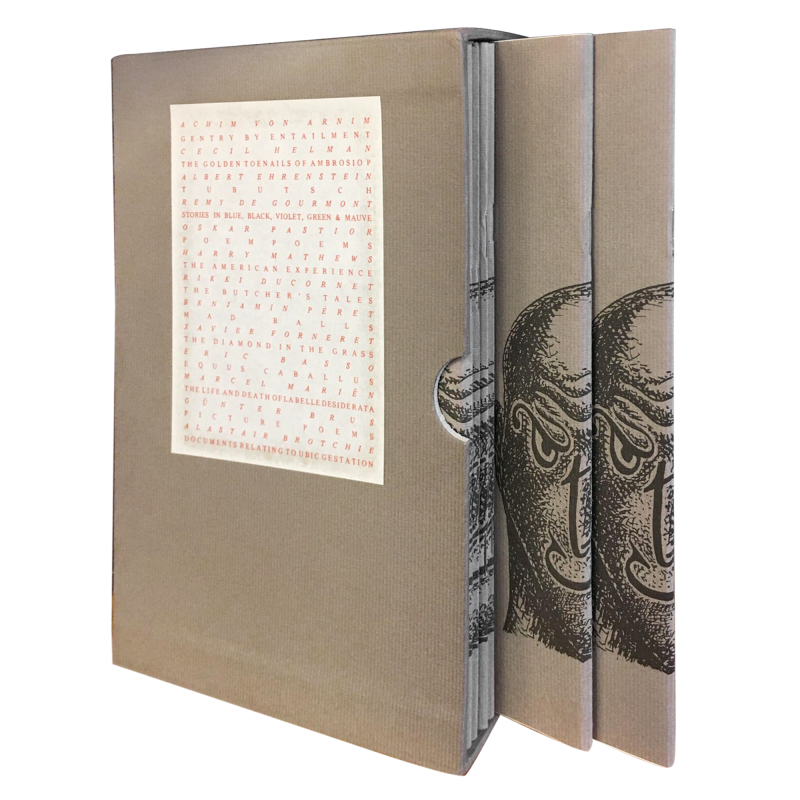 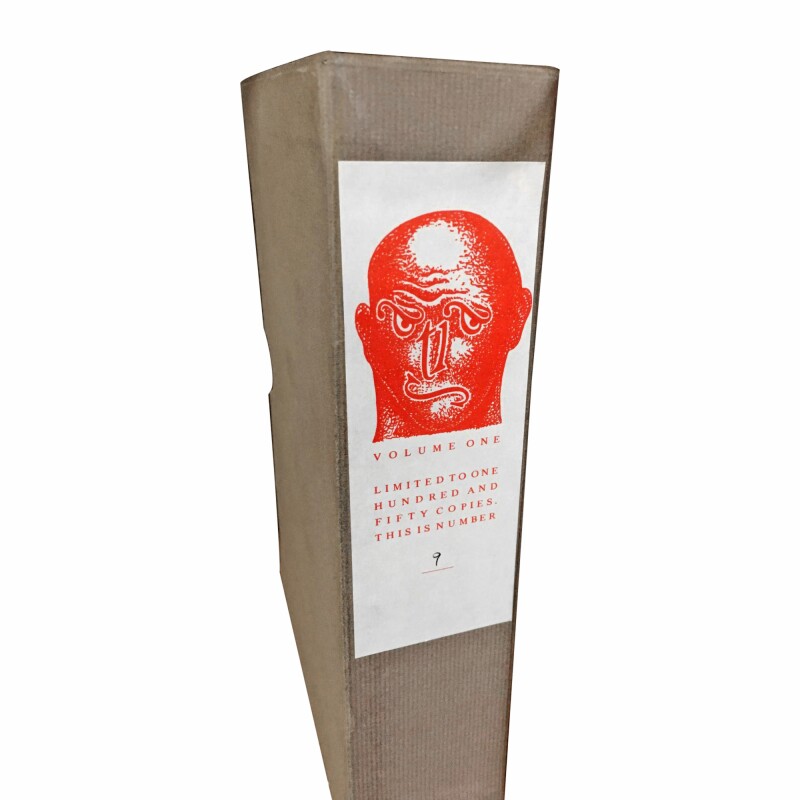 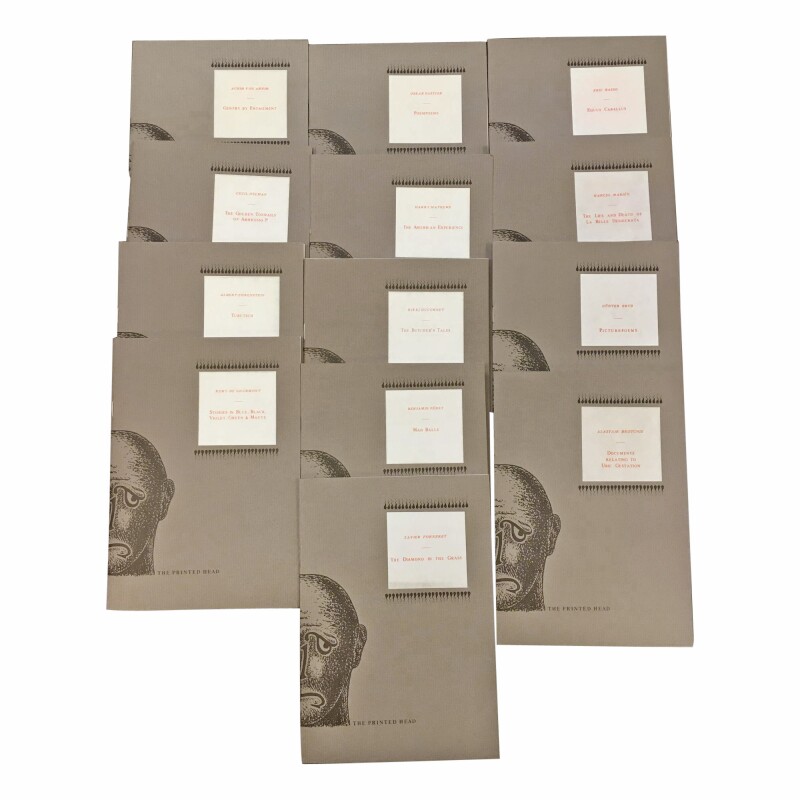 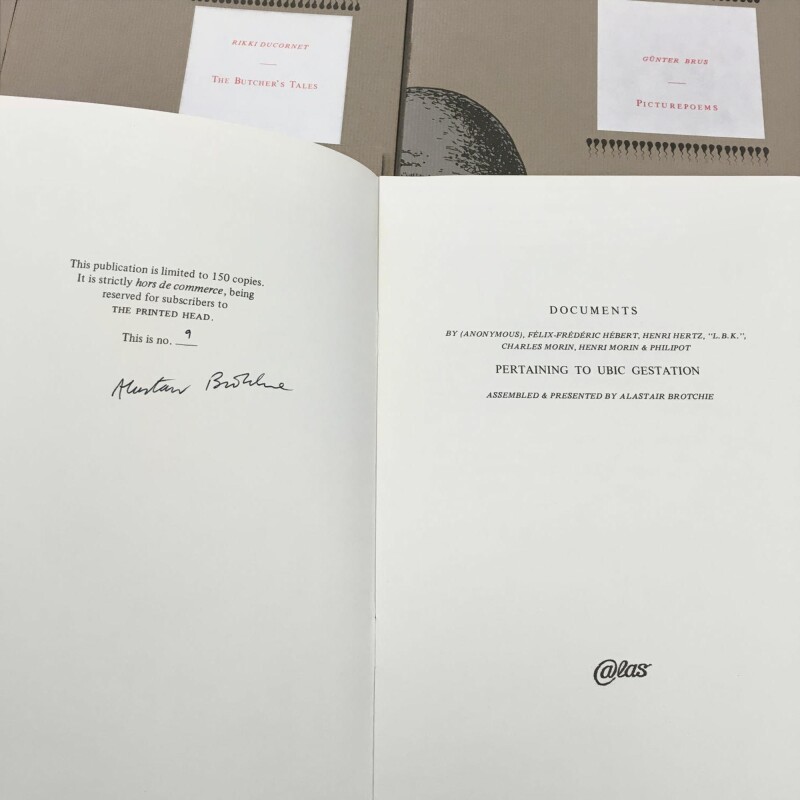 Signed set of Series I of The Printed Head, a special series of shorter works for subscribers of the Atlas Press, this set includes thirteen volumes by various authors.

9. Xavier Forneret, The Diamond in the Grass, Translated and with an Afterword by Terry Hale.

From the Limitation Page: "The Printed Head is Limited to 250 copies. The First 50 are signed, where mortality permits, and of these the first dozen are reserved for the publishers and contributors. Numbers 13 to 150 are reserved for subscribers to the series. Numbers 151 to 250 are available for sale as individual titles. This is no. 9." Atlas Press began publishing in 1983, and specializes in extremist and avant-garde prose writing from the 1890s to the present day. It is the largest publisher in English of books on Surrealism and has an extensive list relating to Dada, Surrealism, Expressionism, the Oulipo, the Collège de ‘Pataphysique, Vienna Actionists among others.

Very mild rubbing to slipcase all volumes sharing the limitation number of 9, reserved for the publishers and contributors.