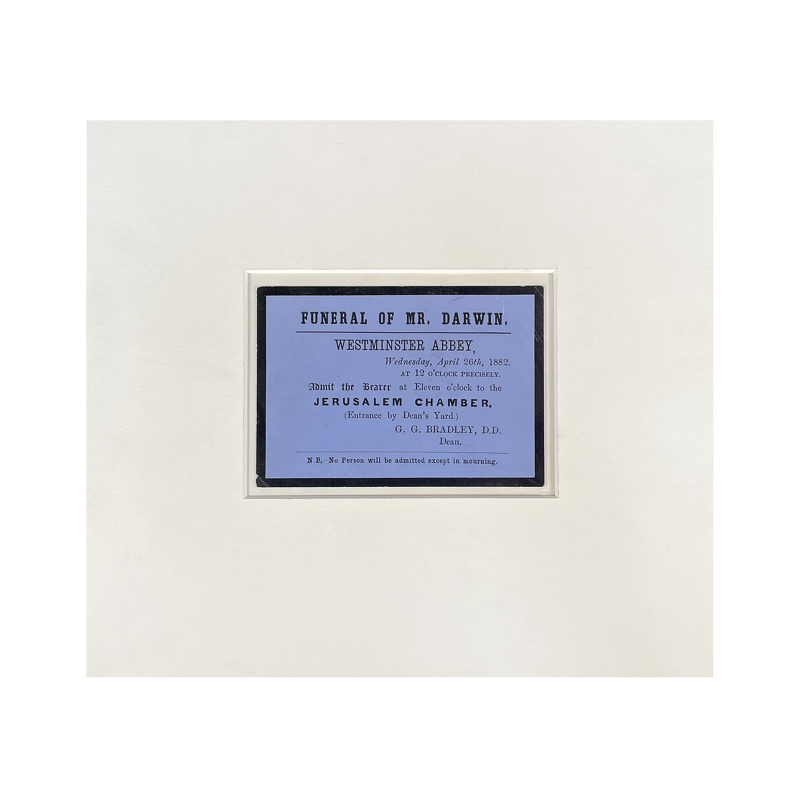 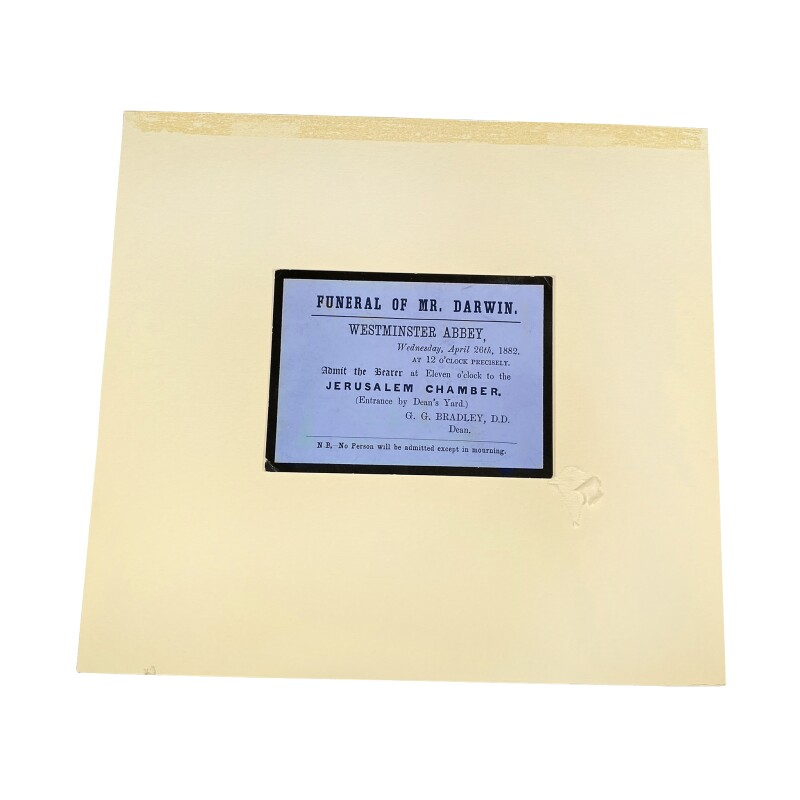 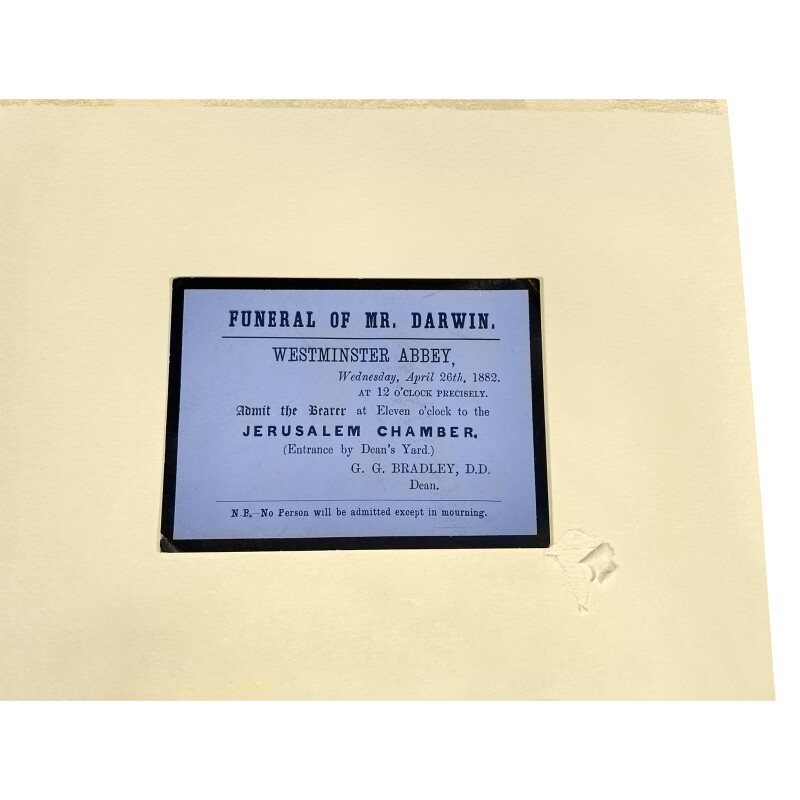 Printed Card for the Funeral of Mr. Darwin at Westminster Abbey

A scarce variant of the cards printed to allow mourners entrance to Westminster Abbey for Charles Darwin’s funeral.

The majority of the mourners who processed behind the coffin were assembled in the Chapter House. Only the family and closest friends and mourners were invited to congregate in the Jerusalem Chamber. This card was issued to Darwin’s cousin Clarke Hawkshaw.

“While the great and the good, who processed behind the coffin, gathered in the Chapter House at midday, only thirty-three cards allowed admission to the Jerusalem Chamber, an hour earlier: The Darwins and Wedgwoods queued in the Jerusalem Chamber, thirty-three in all, including Galton. William, the principal mourner, stood at their head, Parslow and Jackson [Darwin's former and current butler] behind the family” (Desmond and Moore, p.666).

Copies of the cards, printed on white, allowing entry to the Chapter House the Choir, and the South Transept, appear occasionally at auction. This is the only example of the Jerusalem Chamber card that we can trace.

Darwin had died at Down House on 19 April 1882, expecting to be buried in the local churchyard. His fame and reputation were such, however, that Huxley, Galton and others felt it would be appropriate to have him buried at Westminster Abbey, one of the highest honors that can be bestowed on a British citizen. As Desmond and Moore put it, “getting a freethinker into the Abbey was not easy” (Darwin, p. 666). But Huxley stepped in, supported in Parliament by Darwin’s neighbor, Sir John Lubbock, and by a press campaign led by The Standard. The Reverend George Granville Bradley, Dean of Westminster Abbey, was happy to acquiesce.

“[On] that grey day committees adjourned, judges put on mourning dress, and Parliament emptied as members trooped across the road. From embassies, scientific societies, and countless ordinary homes they came. Under leaden skies they converged on the Abbey, anticipating the awe and spectacle of a state occasion... In the Chapter House, where Parliament had once met, the elders of science, State, and Church, the nobility of birth and talent, stood waiting to file though the cloisters, behind the coffin. They were 'the greatest gathering of intellect that was ever brought together in our country,' said one” (Desmond and Moore, p. 672). Darwin was laid to rest beneath the monument to Newton, at the north end of the choir screen.