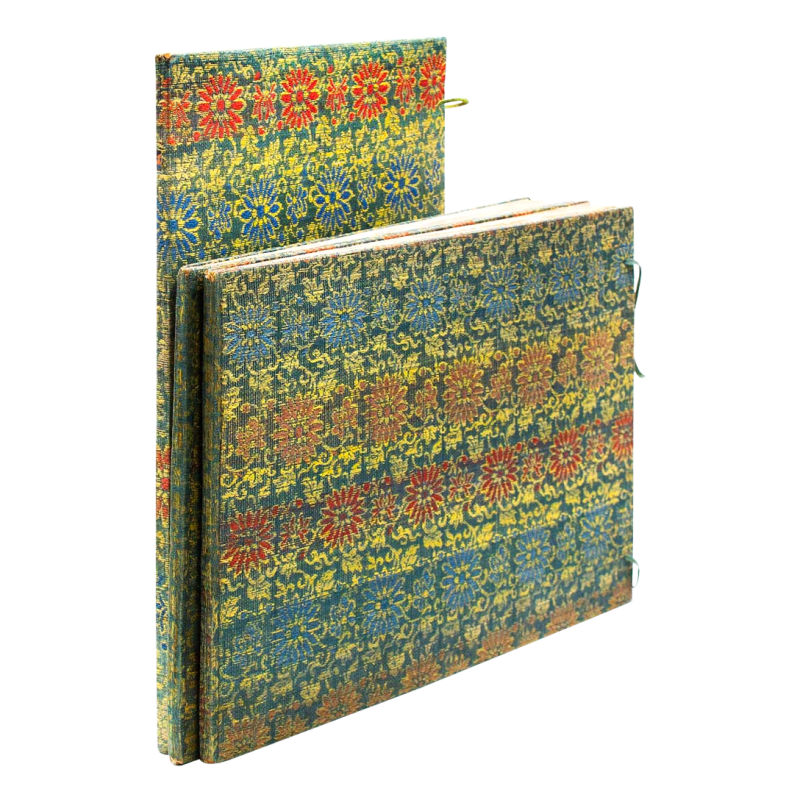 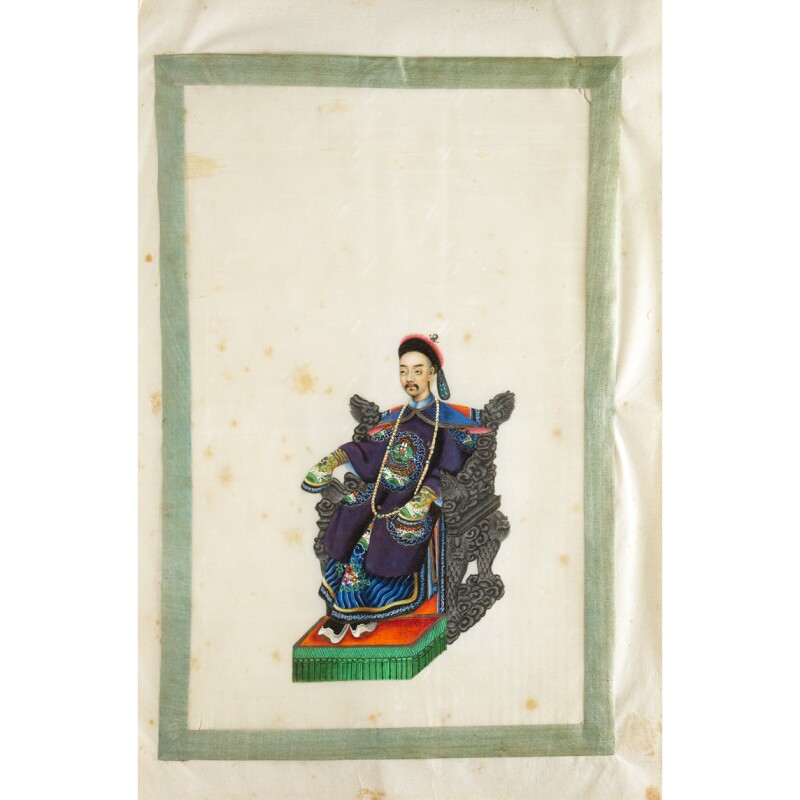 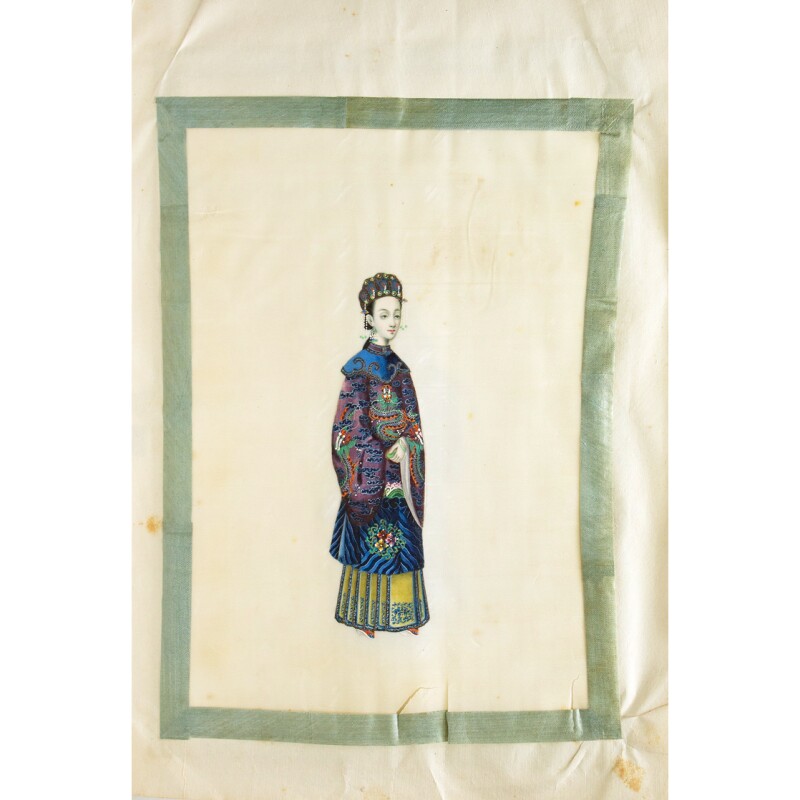 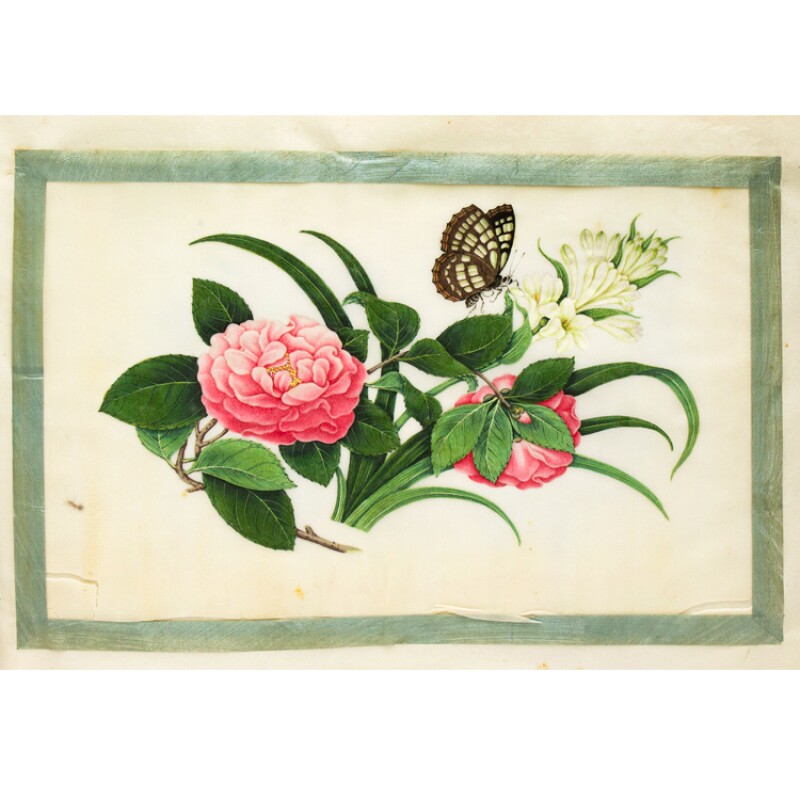 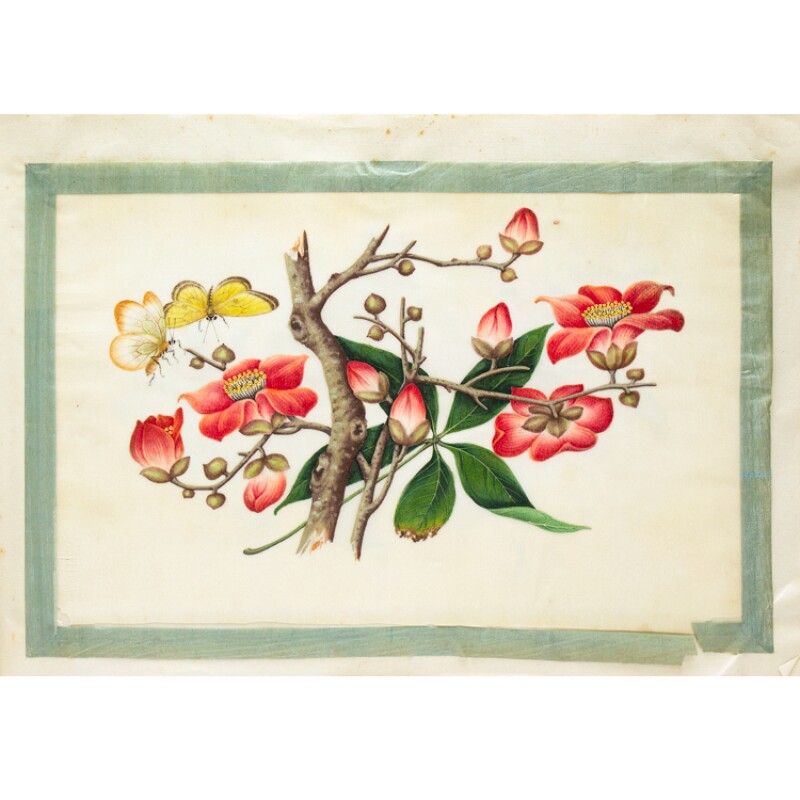 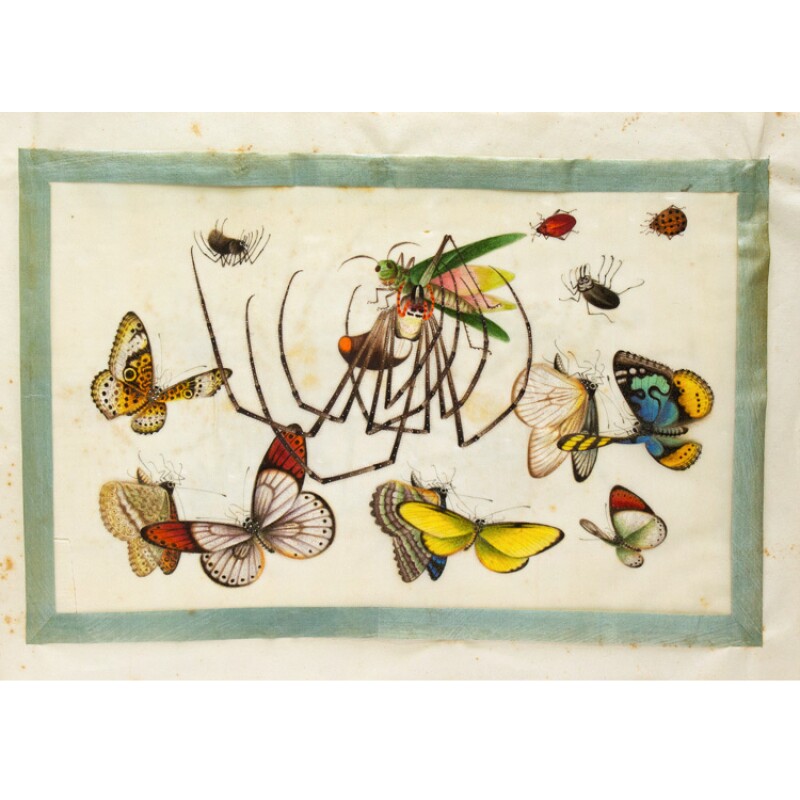 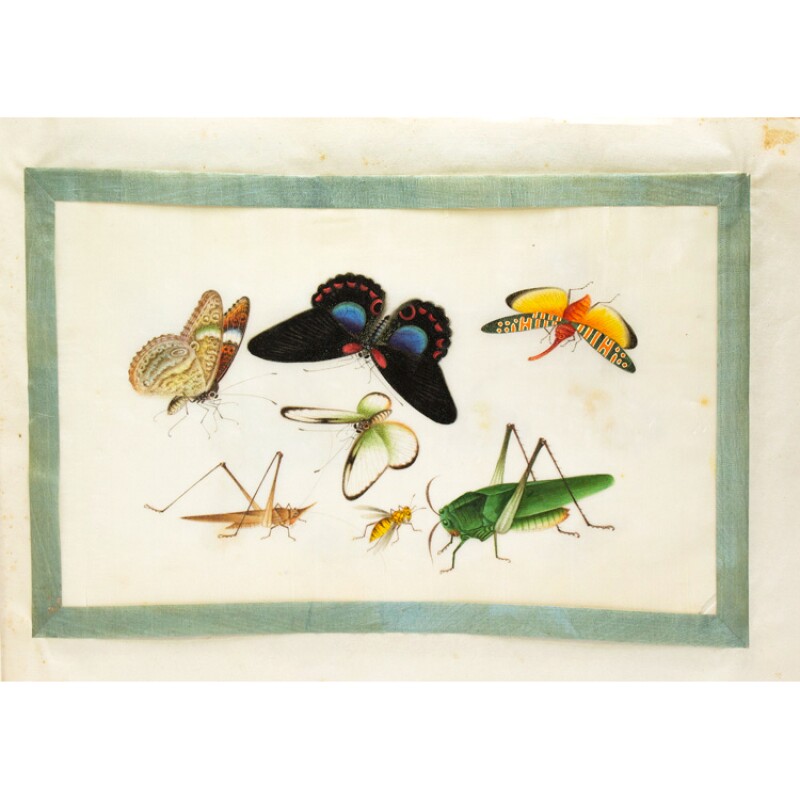 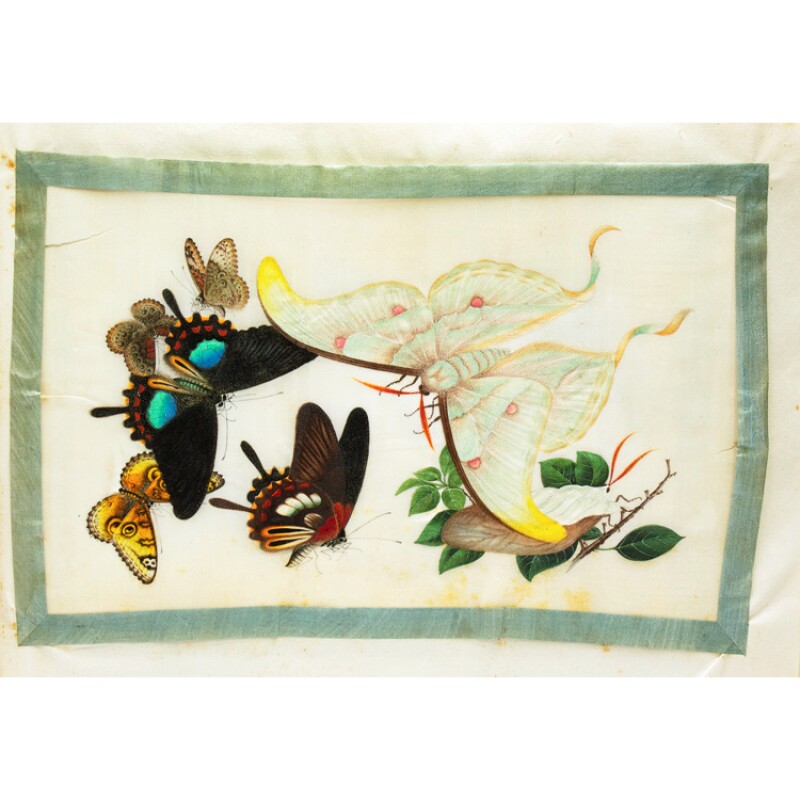 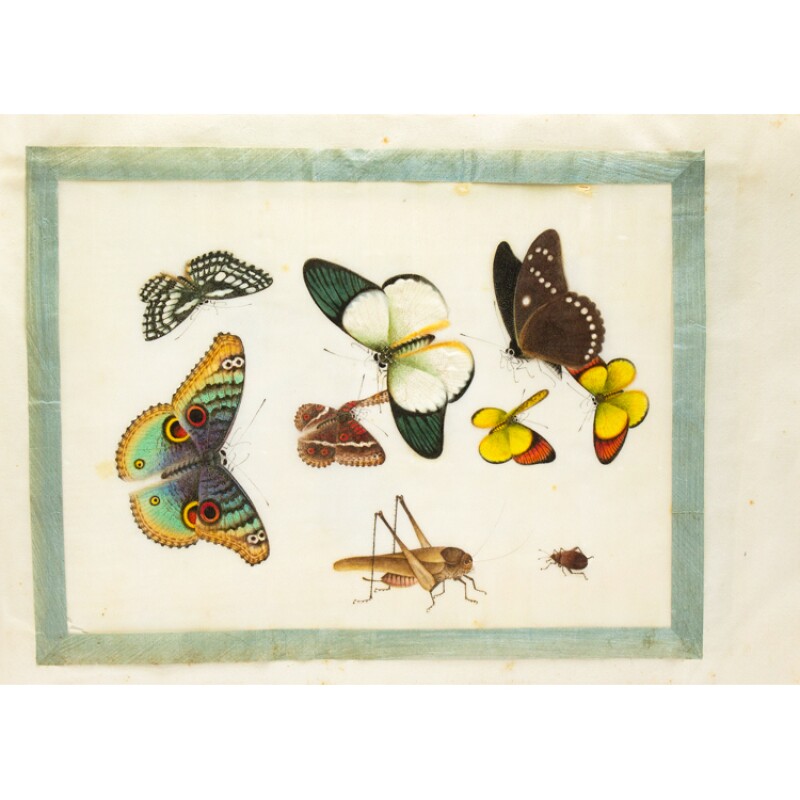 Beautiful set of albums illustrated with images of Chinese nobility, flora and fauna.

With the opening of China in the late 18th century, a trade developed largely in Canton for Chinese watercolors intended for the European market. The pictures by Chinese artists including Pu-Qua, Tingqua, Sunqua, Youqua and others, are "neither wholly Chinese nor wholly European, but which can, by the nature of the compromises it makes, tell us a lot about how one culture saw the other in the age before photography” (Clunas, p. 11). Common themes included natural history subjects, as well as the nobility, occupational and landscape views.

Gouache drawings on thin pith paper, made from the stems of a small Chinese tree called Tetrapanax Papyrifera, began in the 1820s, with its heyday being circa 1840. While the effect of gouache on the paper lends to bright, lifelike images with an almost three-dimensional quality, the delicate nature of the paper often results in surviving examples being in very poor condition.

The present albums are larger than those normally encountered and very unusual for including the stamp of the Chinese artist or studio, Cheongqua. Included are 12 images of Chinese men and women of nobility, 12 images of butterflies or other insects, and 12 botanical images.

A few tears to a couple of the images.