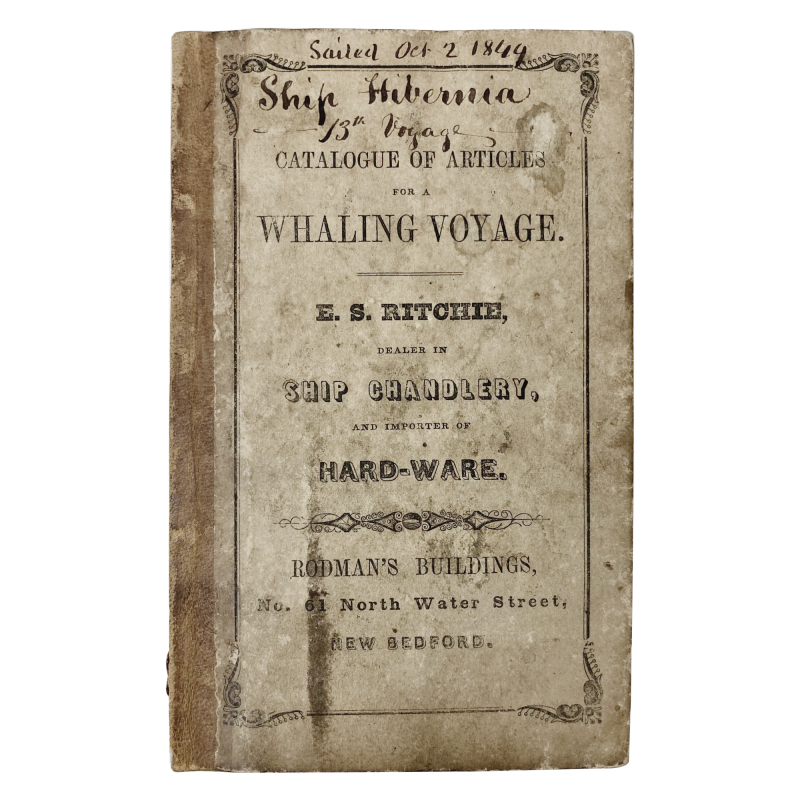 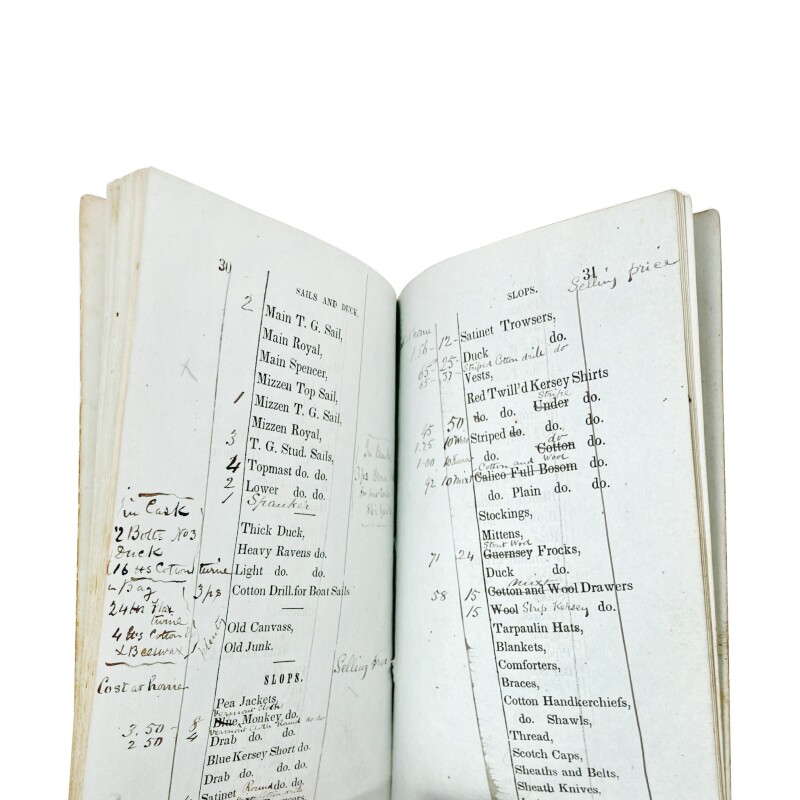 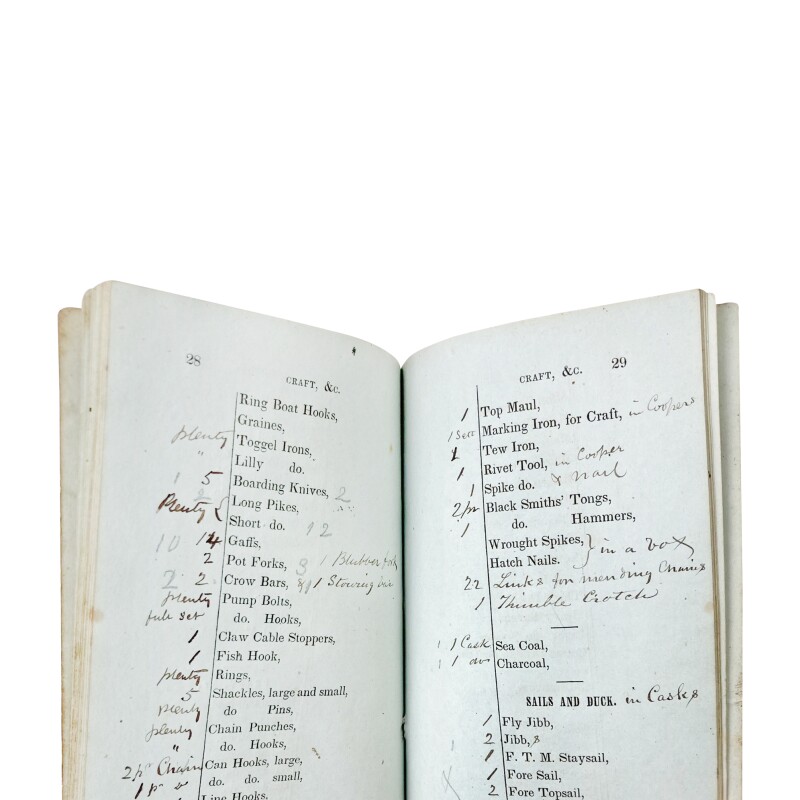 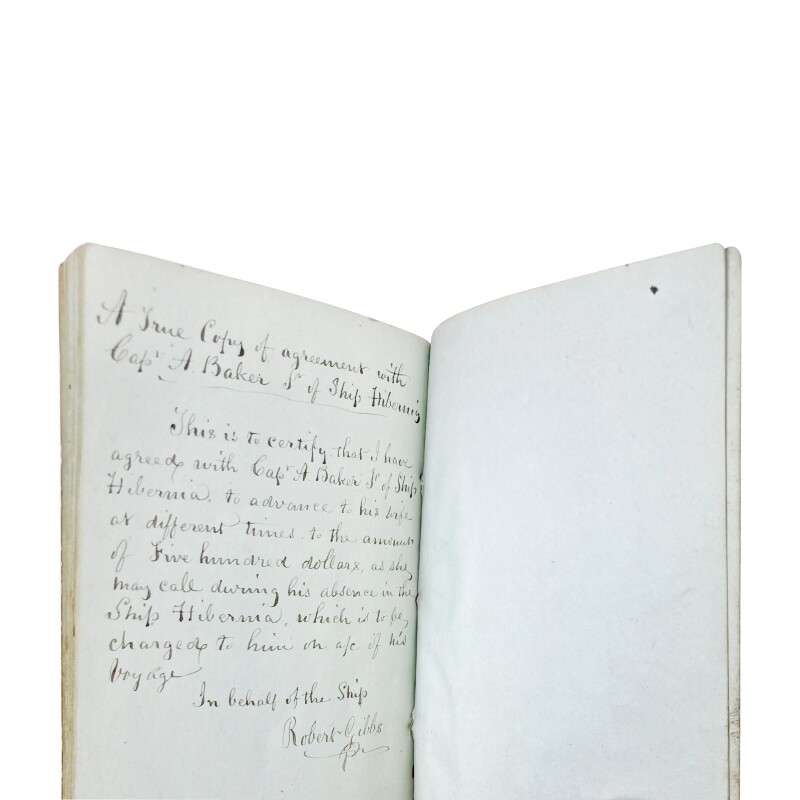 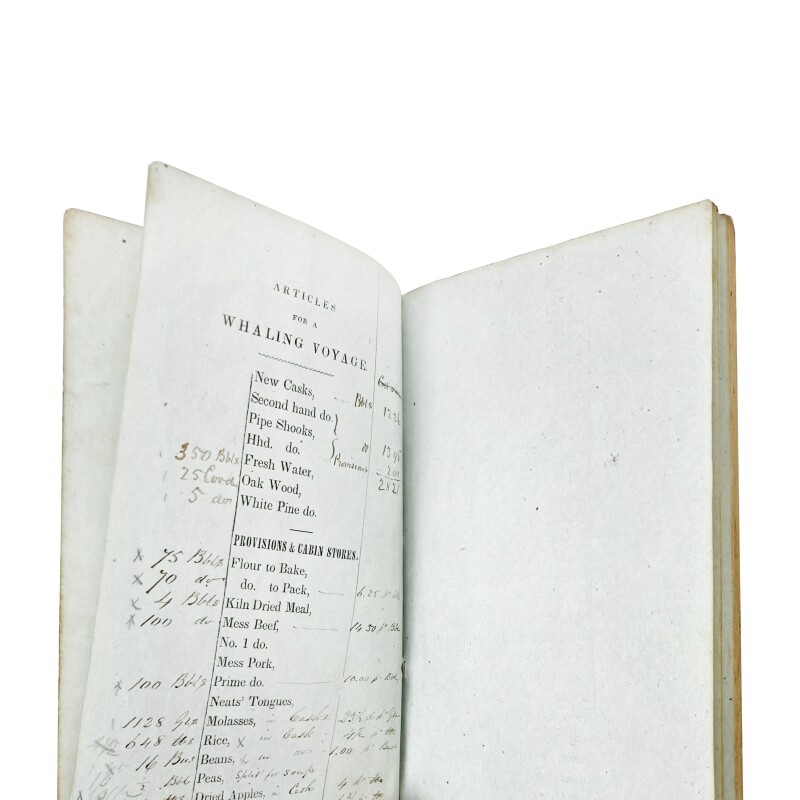 Catalogue of Articles for a Whaling Voyage

Annotated pamphlet regarding the needs of mariners instructing them on the provisions for a whaling voyage, published by E.S. Ritchie, inventor of the first successful liquid compass.

The text, which consists of a full list of any items that the master of a whaling vessel might wish to purchase in preparation for a voyage, has been heavily annotated with the quantities of each item needed for the Hibernia’s voyage and, in some cases, prices and other notes. The fourth unnumbered leaf at the end of the volume contains a handwritten true copy of an agreement between the master of the Hibernia for the 1849 voyage, Archelaus Baker Jr., and Robert Gibbs (one of the Hibernia’s owners). Gibbs agrees to “advance to his [Baker’s] wife at different times to the amount of five hundred dollars” while the Hibernia is away. Archelaus Baker, born in 1815, married Lydia W. Winslow in 1841 and first sailed on the Hibernia as a mate in 1846. The 1849 voyage took Baker and the Hibernia at least as far as Pohnpei, Micronesia and Western Australia; they returned to New Bedford in 1853. The Hibernia was built in New York in 1811. It weighed 327 39/95 tons, and was 97 feet long with a breadth of 27 feet, two inches and a depth of 13 feet, 7 inches.

Cracking and chipping to tail of spine.