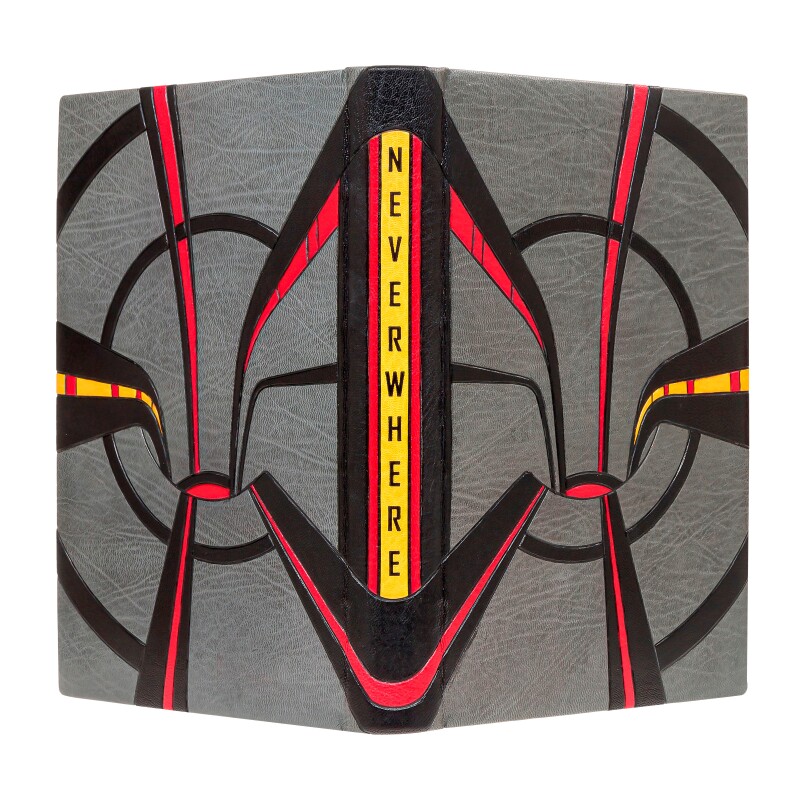 Neverwhere is Neil Gaiman’s critically acclaimed first novel. Originally published in 1996 by BBC Books, this is the first American edition published by Avon Books in 1997. Considered by many to be one of the best urban fantasy novels ever written, the best quote on the book that I encountered was, “If Tim Burton reimagined The Phantom of the Opera, if Jack Finney let his dark side take over, if you rolled the best work of Clive Barker, Peter Straub and Caleb Carr into one, you still would have something that fell far short of Neil Gaiman's Neverwhere. It is a masterful debut novel of darkly hypnotic power, and one of the most absorbing reads to come along in years.”

Artist Statement: Neverwhere is by far my favorite Neil Gaiman novel. The London underground rail system is host to an entire unseen world of odd and often sinister characters that an ordinary Londoner is suddenly cast into. Richard Mayhew must now dig deeply within himself to find the courage to survive.