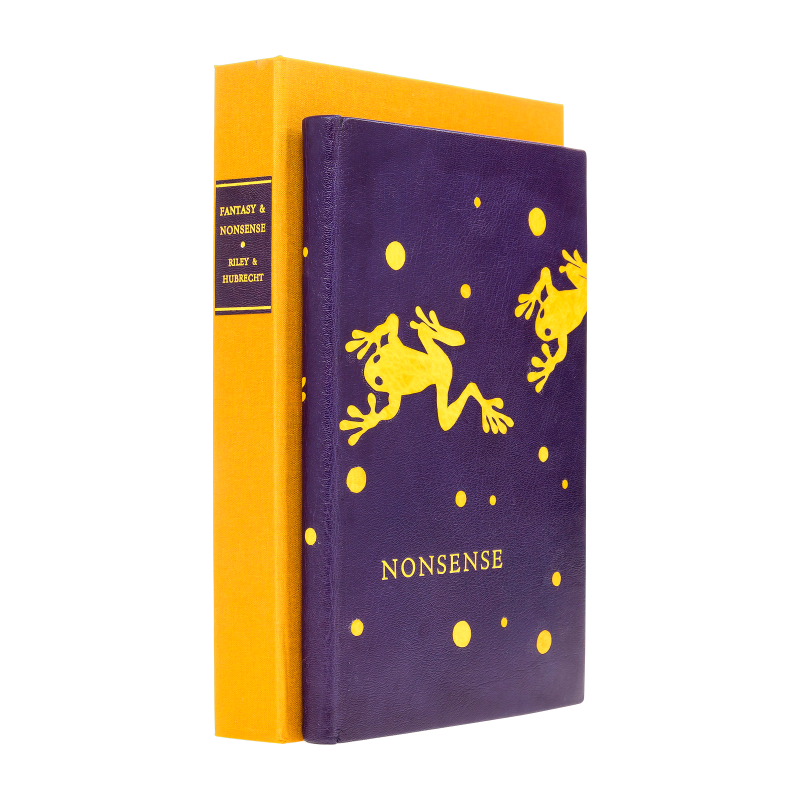 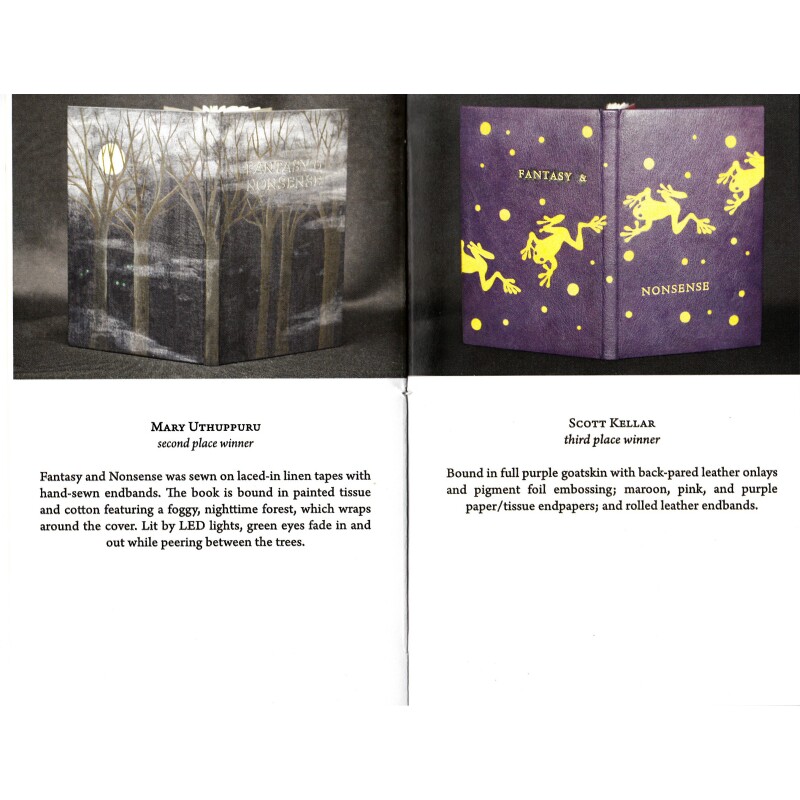 Riley is typically remembered for his earthy depictions of rural Midwestern American life, but this unique compilation of poems, ranging from gobbledygook rhyming to gothic macabre, offers a devilishly playful view of the poet rarely revealed elsewhere in his work. His revelry in tales fanciful—delicious fascination with things spooky and strange—is the focus of this collection. While many past collections of Riley's work have been intended for young readers, this one is designed as an enchantment for all ages.

Berrot Hubrecht's penchant for the fantastic is equally beguiling. His clever wood engravings breathe colorful life into goblins, witches, mythical creatures and things unseen. The text was printed from a handset type, one which brightly heightens the effect of so much humor and charm.

Artist Statement: In designing a binding for this anthology, I tried to get an overall sense of the author's perspective and style of expression. She often subtly marks a grid or framework of time and space before deftly splashing it with images, bright with color. For example, "I could leave tonight, leave this house to find him… I saw a solitary biplane enter the warbling sun. I saw yellow in the sky's far corners…" The sun is a frequent image as is the red spectrum. A poem can be much like a mosaic of nearly balanced elements as I have depicted on the cover of this lovely book of poetry.