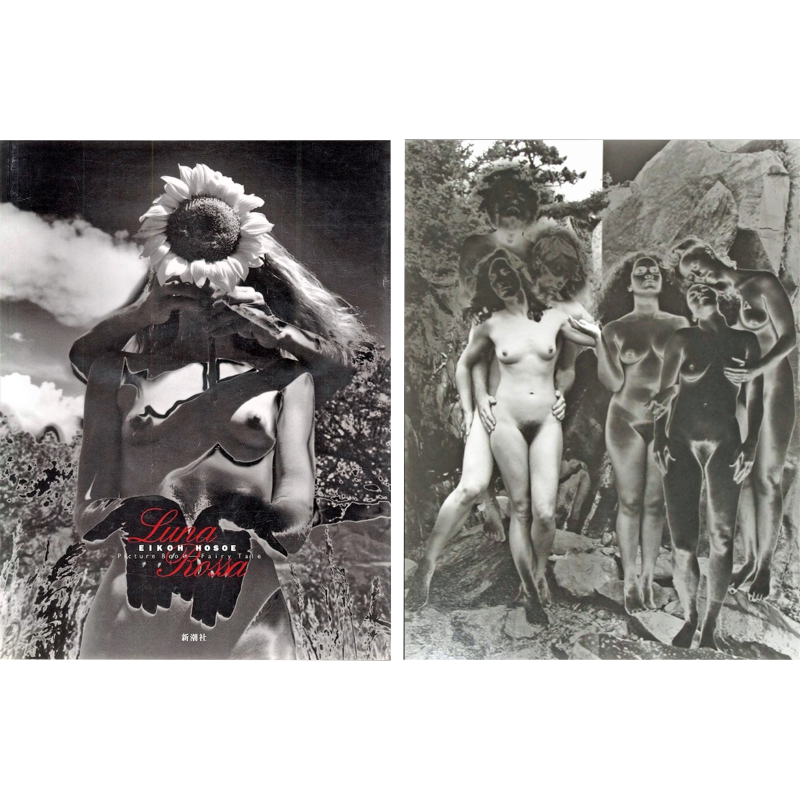 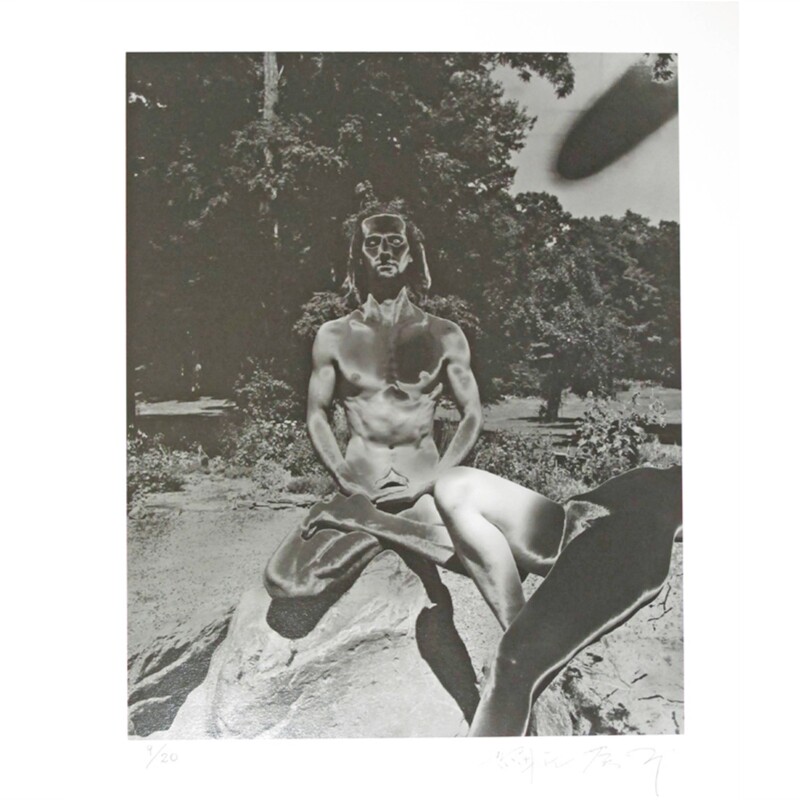 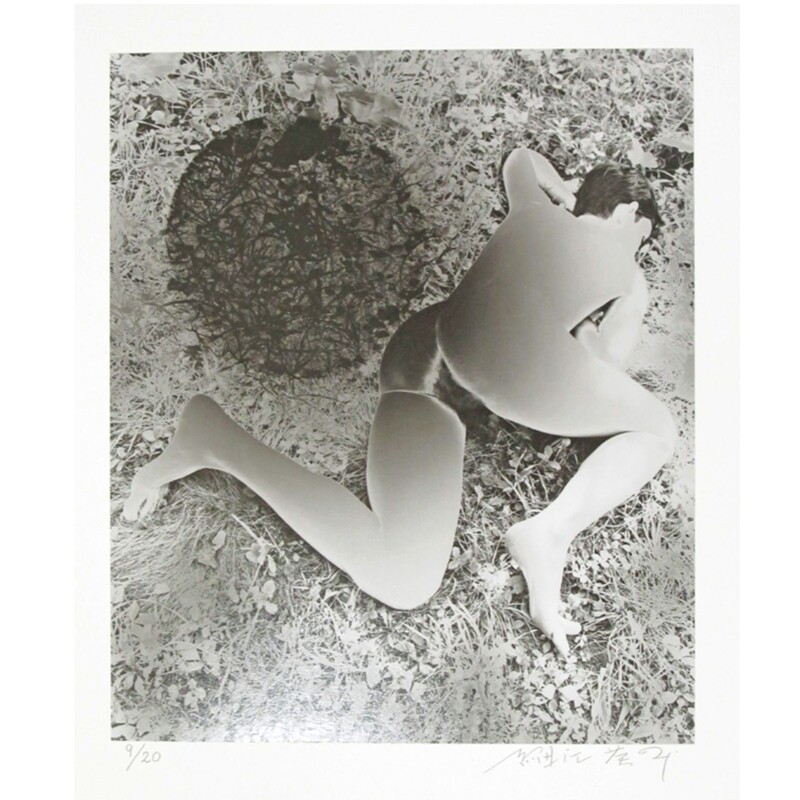 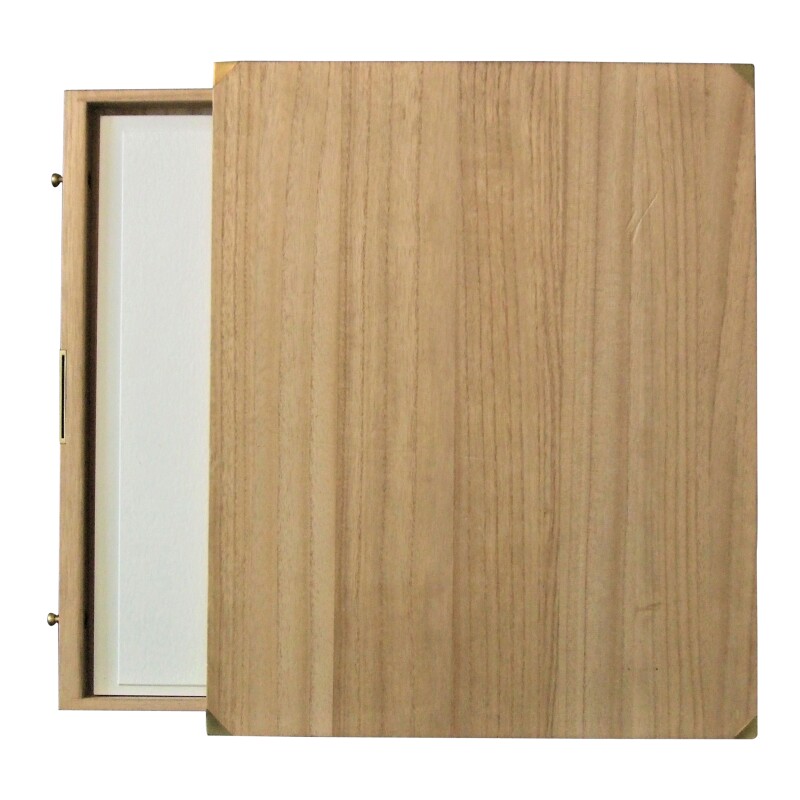 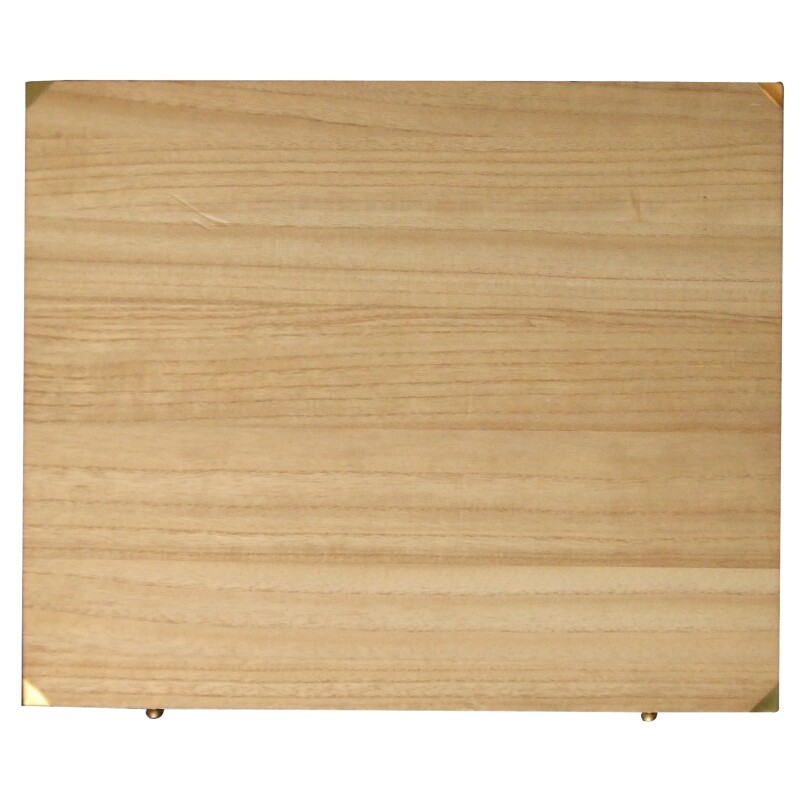 Before the Dawn: Turn of the Century

Witness of the End of the Twentieth Century, Anchorage, Alaska.

This portfolio, also known as Luna Rossa, was published in 1993 on the occasion of Eikoh Hosoe's 60th birthday and in connection with the exhibition titled Eikoh Hosoe's New York — Before the Dawn: Toward the Turn of the New Century, held at the I.C.A.C. Weston Gallery in Shinjuku, Tokyo in March 1993. Eikoh Hosoe worked on this series of nudes in the summers of 1990–96 while teaching photography workshops in the U.S. The theme of his workshops was "Nudes and the Natural Environment" and his students participated in the making of these images by being his subjects. In Luna Rossa (Red Moon, a metaphor for the darkroom's red light bulb), all the photos were solarized in the darkroom. Actually, three darkroom techniques were employed: Solarization (in the style of Man Ray's Rayograph), photograms (in the style of Moholy Nagy) and photo sketching (in the style of Japanese photographer Ei-Q). Although solarization is the dominant technique, you sometimes see a small part of the photograph that looks normal. It was created by using an object (as for a photogram) to cover an area during the solarization process. The resulting whitish area in the photograph is a very nice contrast with the surrounding darkish solarization effect. (For example, the sunflower was covered from solarization and looks normal. The sunflower is being held by a person standing behind the woman in front.) The artful photographs are the result of a lot of delicate darkroom work. It makes Hosoe an artist behind the camera as well as under the darkroom light. Photoeye, in their review of Luna Rossa wrote, "Hosoe's subjects for this series seem to be clothes-shedding naturalists from Woodstock, Snowmass, and Anchorage. With a decidedly hippy/new-age feel to the work (with titles like Sunflower Song and Moonlight), Hosoe has employed a variety of darkroom techniques, such as solarizing and masking, to produce work that is at once romantic and futuristic."

Wood portfolio box has a few scratches to the top of the box.