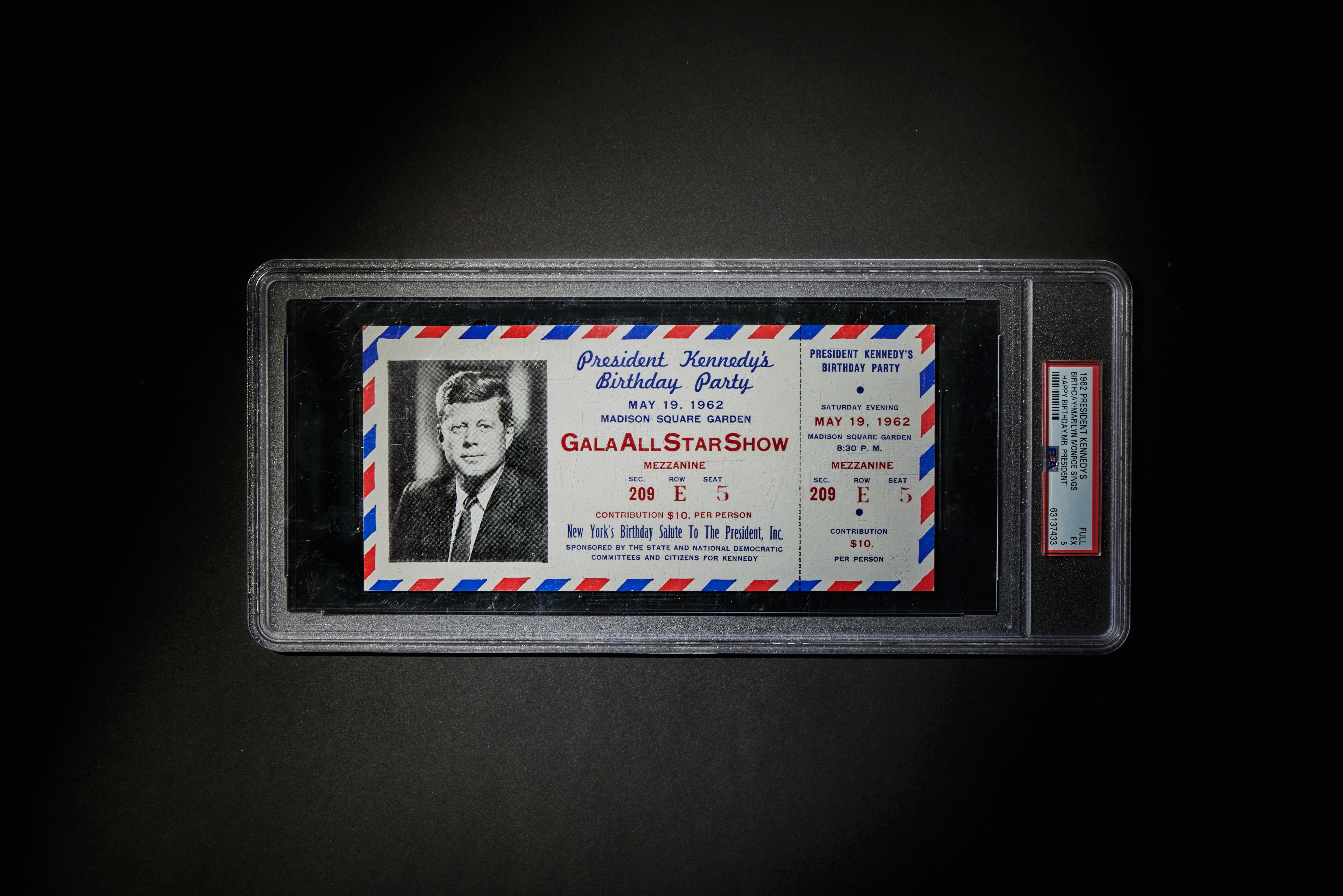 The ticket is in very good condition and is rated a 5 by PSA. For a more detailed condition report, please email brahm.wachter@sothebys.com.

There are certain moments in American pop-culture history that are transcendent, and tap into a cultural nerve that becomes synonymous with a period of time. In regards to 1960s America, Marilyn Monroe singing “Happy Birthday” to John F. Kennedy at his 15,000-person birthday celebration at Madison Square Garden in May of 1962 is one of these moments.

Her iconic rendition is now a part of our cultural history. With reach that affected everything from Wayne’s World, to Saturday Night Live, to The Sopranos, and even Kim Kardashian’s 2022 Met Gala gown, the moment seems to be a continual influence and source of inspiration to the mainstream American cultural zeitgeist.

The song, made potentially more dramatic and sexualized given the rumored affair between herself and Kennedy, was one of the last major public appearances for Monroe before her untimely passing less than 3 months later, at the tender age of 36. After hearing the rendition, Kennedy quipped, “I can now retire from politics after having had Happy Birthday sung to me in such a sweet, wholesome way." Journalist Dorothy Kilgallen, describing the televised event said that Monroe seemed to be “making love to the president in direct view of 40 million Americans.” The event, hosted for Mr. Kennedy’s 45th birthday, was said to have raised about $1,000,000 for the Democratic Party at the time.

Monroe’s sheer and crystal-emblazoned dress from the event sold at Julien’s Auctions in 2016 for $4,800,000, a record-breaking amount for any dress.

This full ticket, featuring a bold black and white photo of President Kennedy, is graded a PSA/DNA 5, making it the finest graded example by the organization.