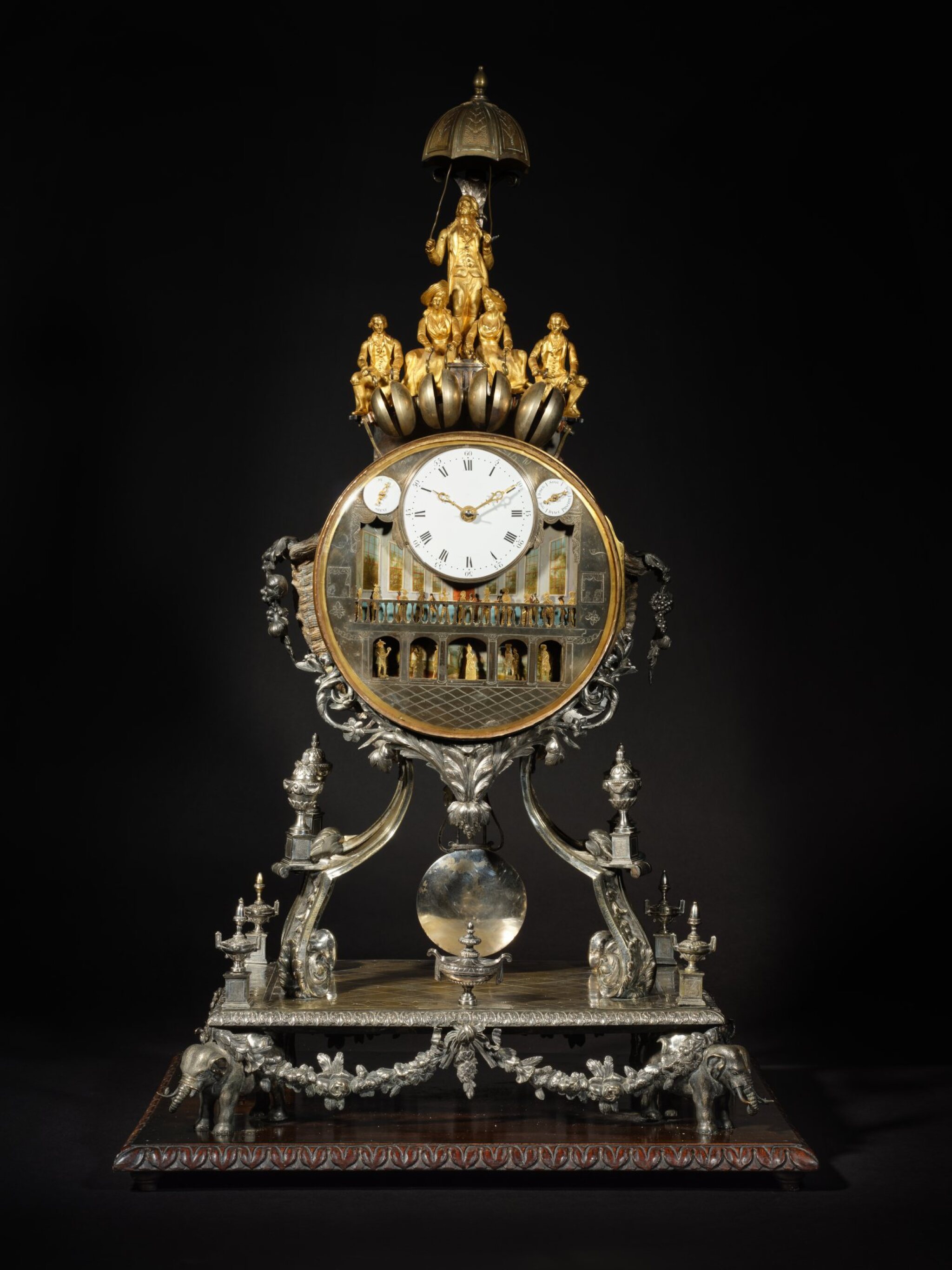 William Carpenter, London, made for the Chinese Market, dated 1780

the 4 1/2 in. enamel dial flanked by smaller Strike/Silent and six tune (SONG/JIGG/MINUETTE/DANCE/JIGG/DANCE) selector dials, the circular silvered plate engraved year 1780 th10 of March (partially concealed by the subsidiary dials) and pierced with a gallery above an arcade to reveal two rows of gilt automaton figures that move before a painted background, the three train movement with chain fusees and outside pin-drum parallel with the plates, the music played on eight visible bells struck by hammers held in the hands of four gilt musicians, two ladies and two gentlemen, seated above the vase and richly attired, a third man standing behind with an upheld parasol concealing the quarter and hour bells, the backplate signed Willm Carpenter London and engraved with scrolling sprays of leaves and a basket of fruit, in a drum case with a cornucopia at either side, acanthus apron and four elaborate scroll supports, the door engraved with a rosette, the base bordered with six urns and swags of ribbon-tied flowers, and resting on the backs of four boldly modelled elephants on a later ebonised stand

For further information on the condition of this lot please contact neely.metz@sothebys.com